Florida was recently in a state of emergency as the catastrophic Hurricane Dorian came close to making landfall in the Sunshine State. Dorian was the first major hurricane of the 2019 Atlantic hurricane season, whipping out winds of 185mph at its height. But a terrifying map has now revealed an even more powerful storm could smash into the south easternmost US state.

That makes the weather system a major Category 4 hurricane on the Saffir Simpson hurricane wind scale.

When Dorian passed Florida, it was a Category 3 hurricane, despite having been stronger when it hit the Bahamas days earlier.

The hurricane completed moved over warmer waters off the Florida east coast, regaining Category 3 intensity by midnight on September 5. 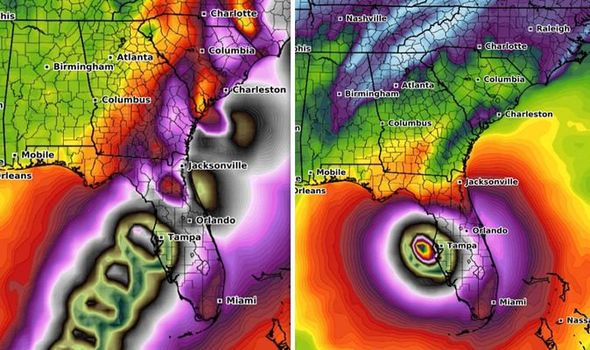 A Category 4 hurricane making a direct hit will have a catastrophic impact.

According to the National Oceanic and Atmospheric Administration (NOAA), “well-built framed homes can sustain severe damage with loss of most of the roof structure and some exterior walls” during such a strong storm.

The strong winds can also lead to power outages that could last weeks to possibly months. 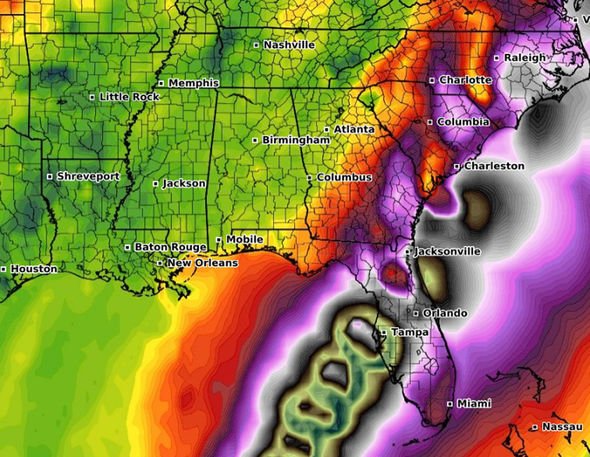 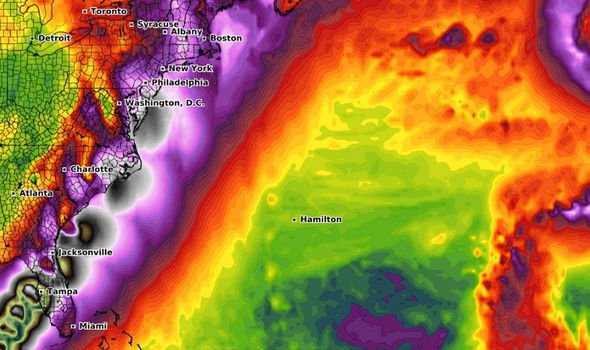 “Most of the area will be uninhabitable for weeks or months”, NOAA warned.

Meanwhile, NOAA is also watching a disturbance, which could become Tropical Storm Humberto, affecting Florida and parts of the Gulf Coast.

The agency places the odds of development at 60 percent for the time being.

According to NOAA, the tropical depression could form in the next few days as it moves slowly towards the west-northwest across the Florida Straits or South Florida. 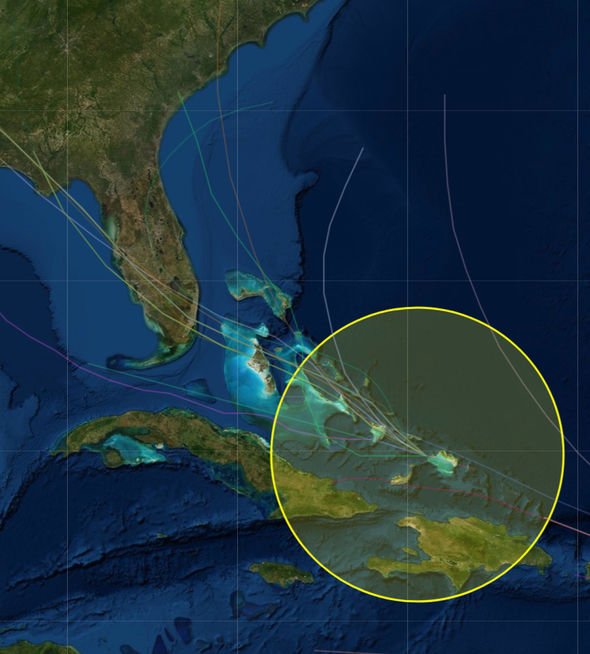 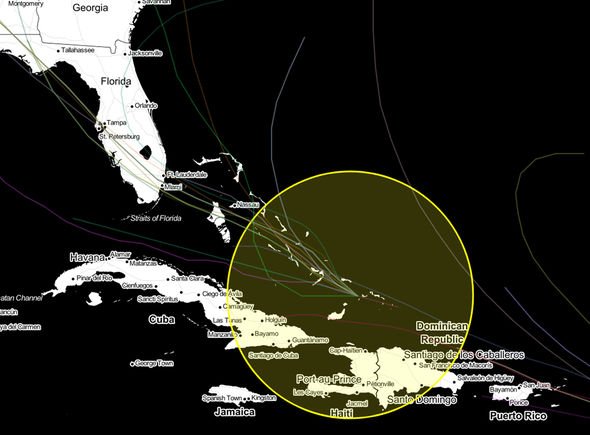 The tropical system could affect Florida, Alabama and other portions of the Gulf Coast between late this week and early next week.

Regardless of development, the “disturbance could produce periods of locally heavy rainfall and gusty winds across the Bahamas through Thursday, and across Florida during the weekend”, NOAA warned.

Passing over the warm gulf waters would allow the powerful system to consolidate and organise some this weekend.

Florida, Louisiana, Mississippi and Alabama are the most likely locations to be affected by potentially heavy rainfall between Sunday and Tuesday.