PICTURES of students stumbling about after the excesses of Freshers’ Week made me think of all the parents who are in a state of emotional flux about their Ungratefuls spreading their wings and fleeing the nest.

Added to this, of course, we’ve all had an intense 18 months — an unnatural, mandatory togetherness due to lockdown when so many ­students were forced to remain at home, compelled to miss their autumn train to autonomy and self- reliance. 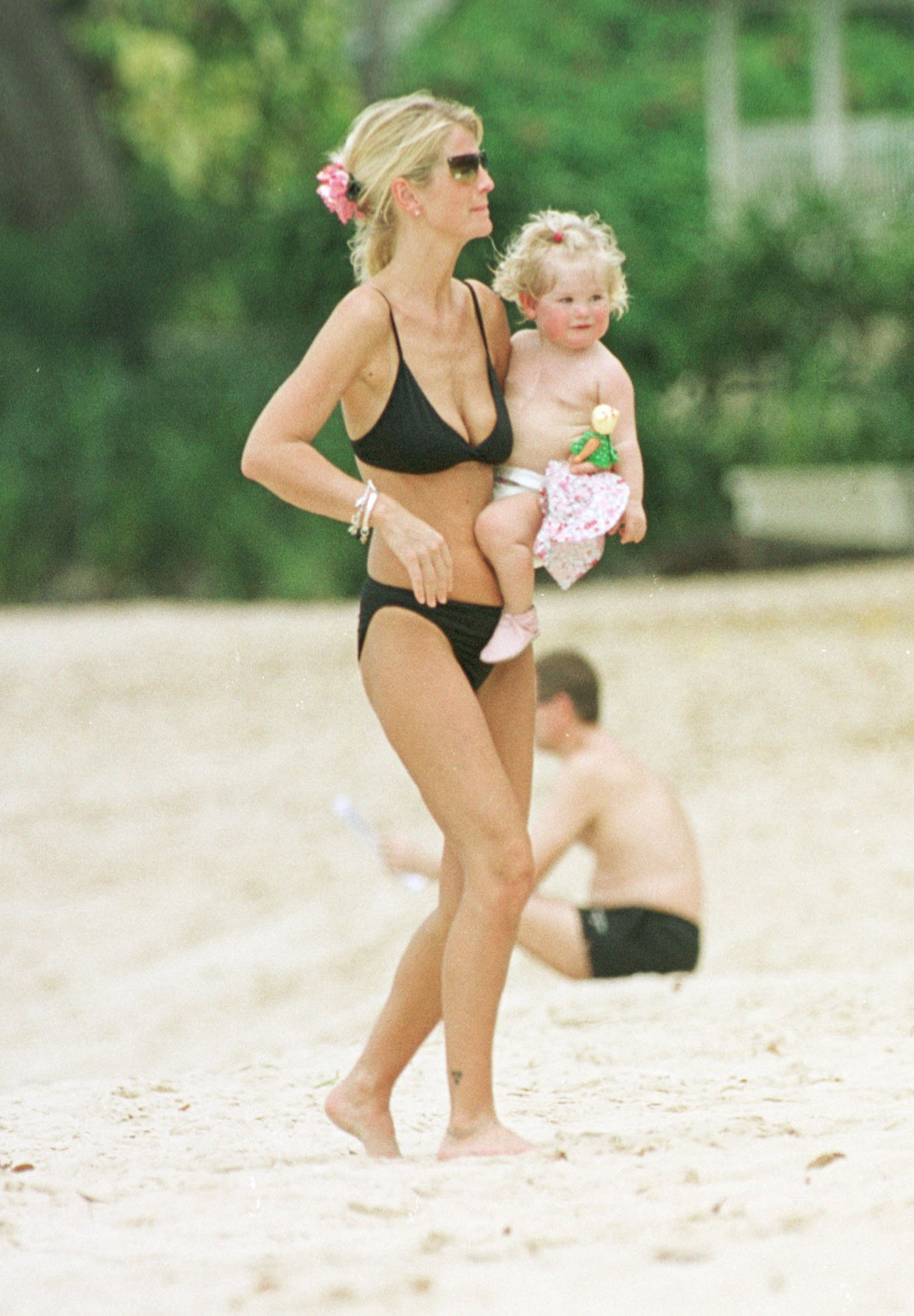 Undoubtedly, those who were ­supposed to have left last year, but are finally leaving now, may have doubled their excitement or maybe trebled their reluctance about going.

But for the parents left behind, the farewell will unquestionably feel emotionally heightened and even more profound.

I remember, so vividly, eight years ago when my oldest — now 27 — packed up what belongings he had and drove two hours to start his higher education odyssey.

Without the slightest exaggeration, I was left bereft.

My first born, who for years I’d held so tightly in my arms, nurtured with such intensity and supported relentlessly as he learnt to toddle towards independence, was now carving out a life of his own. Away from me.

We had been a family of six at the time: My ex-husband and four Ungratefuls.

I felt physically shaken and emotionally very stirred. I was a mess. I couldn’t go into my son’s room for three months.

Every time I walked past it, I would well up. When I laid the table for supper in the evenings, I would sob.

Poignant, then, that on no fewer than three occasions over the past fortnight (once was actually at The Sun’s Who Cares Wins awards last week) I’ve been approached by strangers (mothers) who felt compelled to tell me their son or daughter is heading off to uni shortly and asking me how it had felt for me.

It made me feel like someone ­peddling a golden elixir that would take away their anxiety and sadness because I felt their pain. I’ve lived it.

It is, of course, the natural order of things. It is as it should be.

There comes a time when your children should be leaving home for a life of sovereignty and self- determination.

Gradually over the years, you will have started to “outgrow” each other and the only natural and obvious route is separation, no matter how difficult that may be emotionally.

But it’s not something I had given a second’s consideration to when my maternal instincts started to course through my veins at the tender age of ten.

All I could think of at that time was childbearing and childrearing. The concept of my children’s own ­adulthood simply didn’t cross my mind. I thought: Baby, toddler, teen.

Biologically you grow them, ­physically you hold them, and as time marches on, emotionally you support them. Parenting changes as our children evolve and sometimes it’s hard to adjust.

But as a general rule we are connected unconditionally by instinct.

And it dawned on me last week that this time next year, I’ll be ­packing another one off to some sort of institution or another. 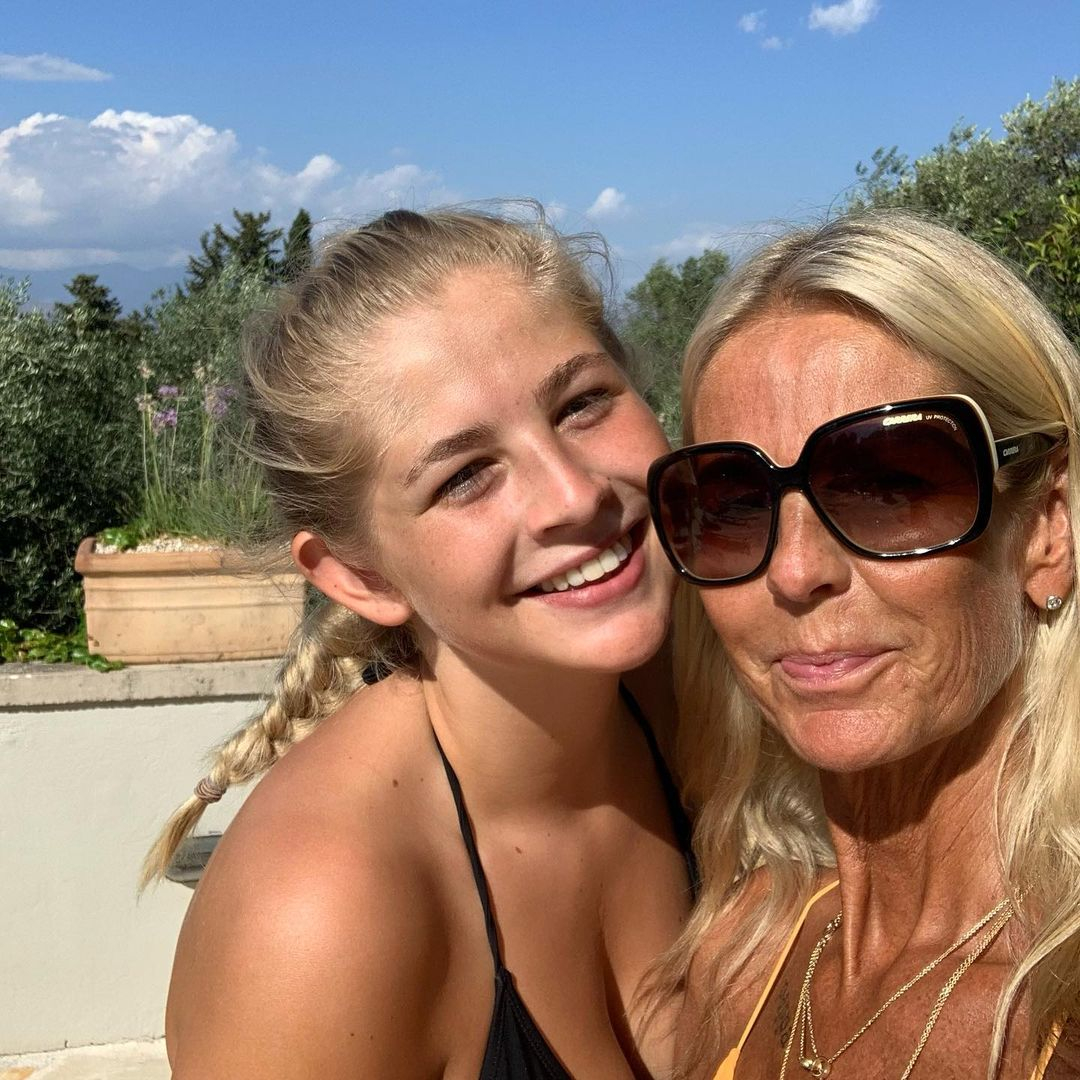 I appreciate not all children go to university. I didn’t. I forewent my place to study French and drama for four years at Goldsmiths College in London because, on hearing I was striving to become an actress, my mum recommended having something practical up my sleeve, as I would be “unemployed 90 per cent of the time”.

I undertook a secretarial course and then marched straight into work. I know not many children can ­afford to move out.

But there does eventually come a time when they leave and it’s painful.

The sense of loss is palpable and it most definitely has an air of ­mourning about the whole process.

It knocks you for six and you begin to question why you had children in the first place when it causes so much hurt. 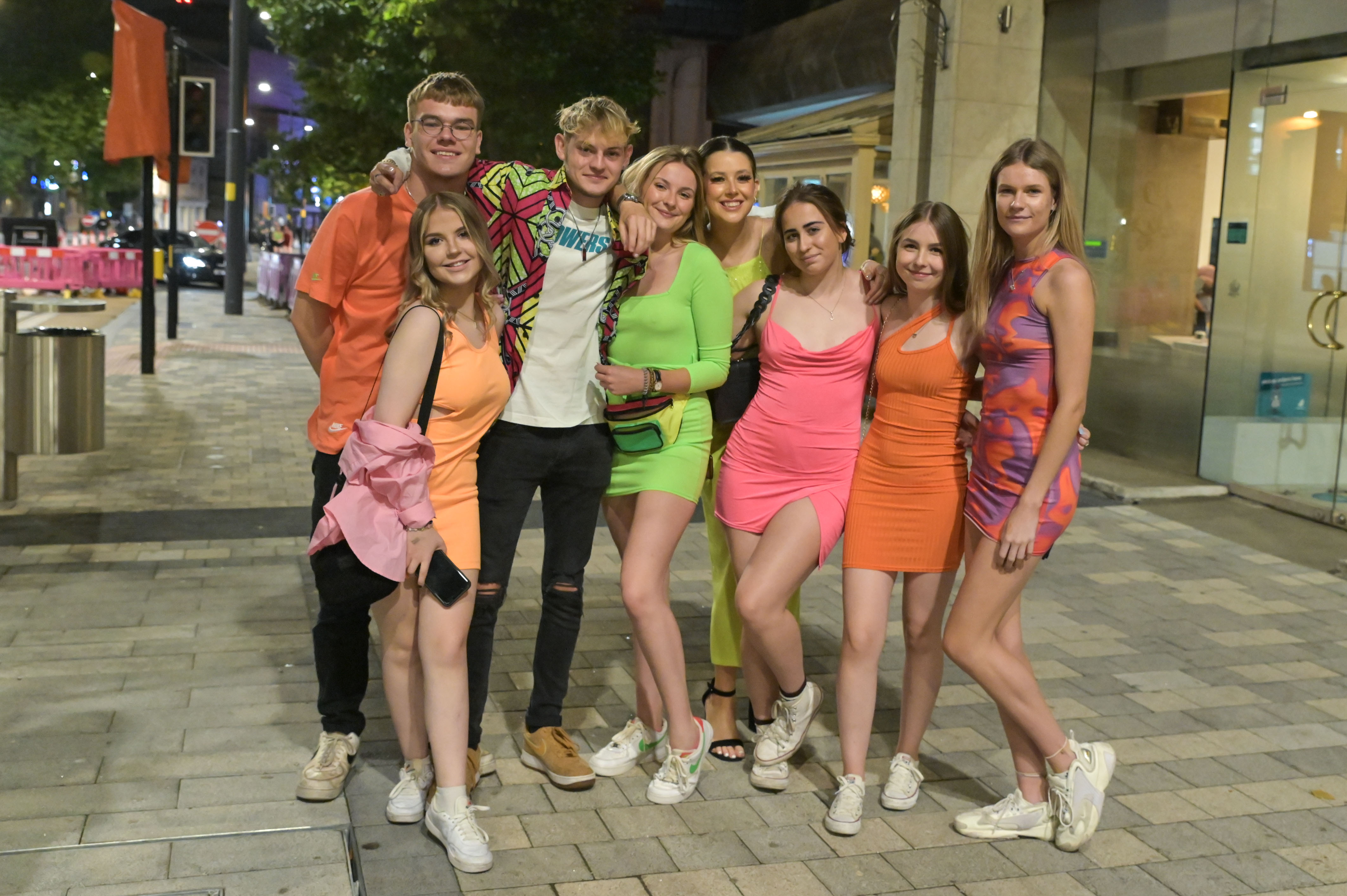 Take it from someone who has done it twice, is about to do it a third time but is absolutely dreading the fourth and final time when it will mean there is just me at the dinner table: It does get better.

The pain wanes and your heart adjusts.

All you have to remember is that change is the only constant in life.

Embrace that in much the same way as you will be made to embrace the three tons of dirty washing your Ungrateful will bring back home on visits . . . and then you’ll be fine.

Abbey happy with her bedfellows

THE stupendously gorgeous Abbey Clancy admits she still sleeps with three out of her four children.

On hearing this, I was thinking that while the world is burning, a crucial debate is raging: Who is your best bedfellow?

None of my Ungratefuls want to sleep in my bed any more. 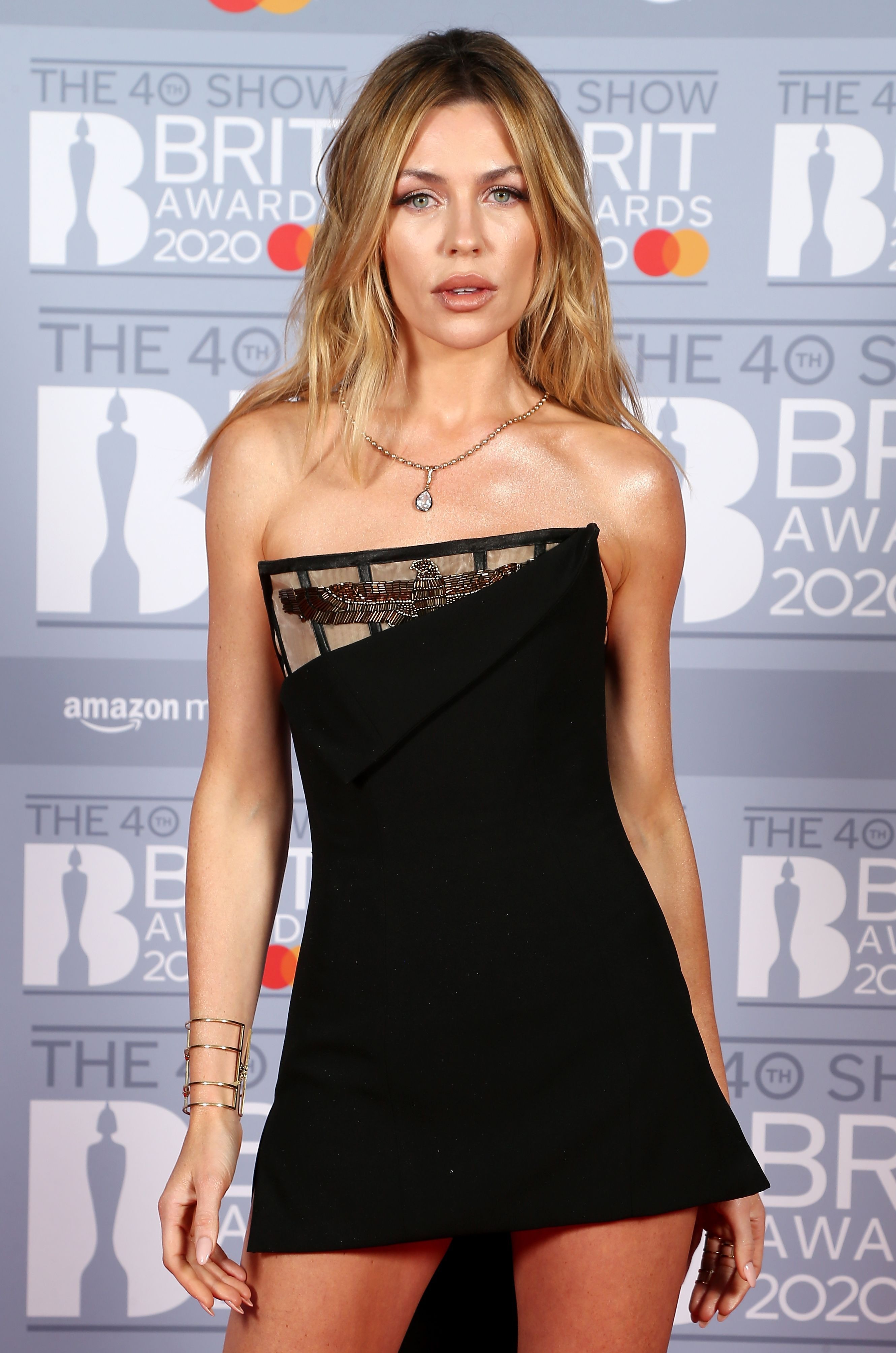 I always used to cherish “snuggle time”, regardless of the parenting police telling me it wasn’t good for the kids. I bloody loved it.

So, how about this: Is it OK to have your dog in your bed? The short answer is no. The right answer, however, is yes.

I can’t think of anyone better than my hairy, chunky monkey bulldog, Leo.

Granted, he does snore from time to time but unlike a bloke, demands very little.

Given, he does take up much of the bed but his movements don’t irritate me, like blokes do.

I don’t feel obliged to put on a full face of make-up to slide into bed next to him.

And then in the morning, we don’t have to have that awkward conversation about what time he should leave. 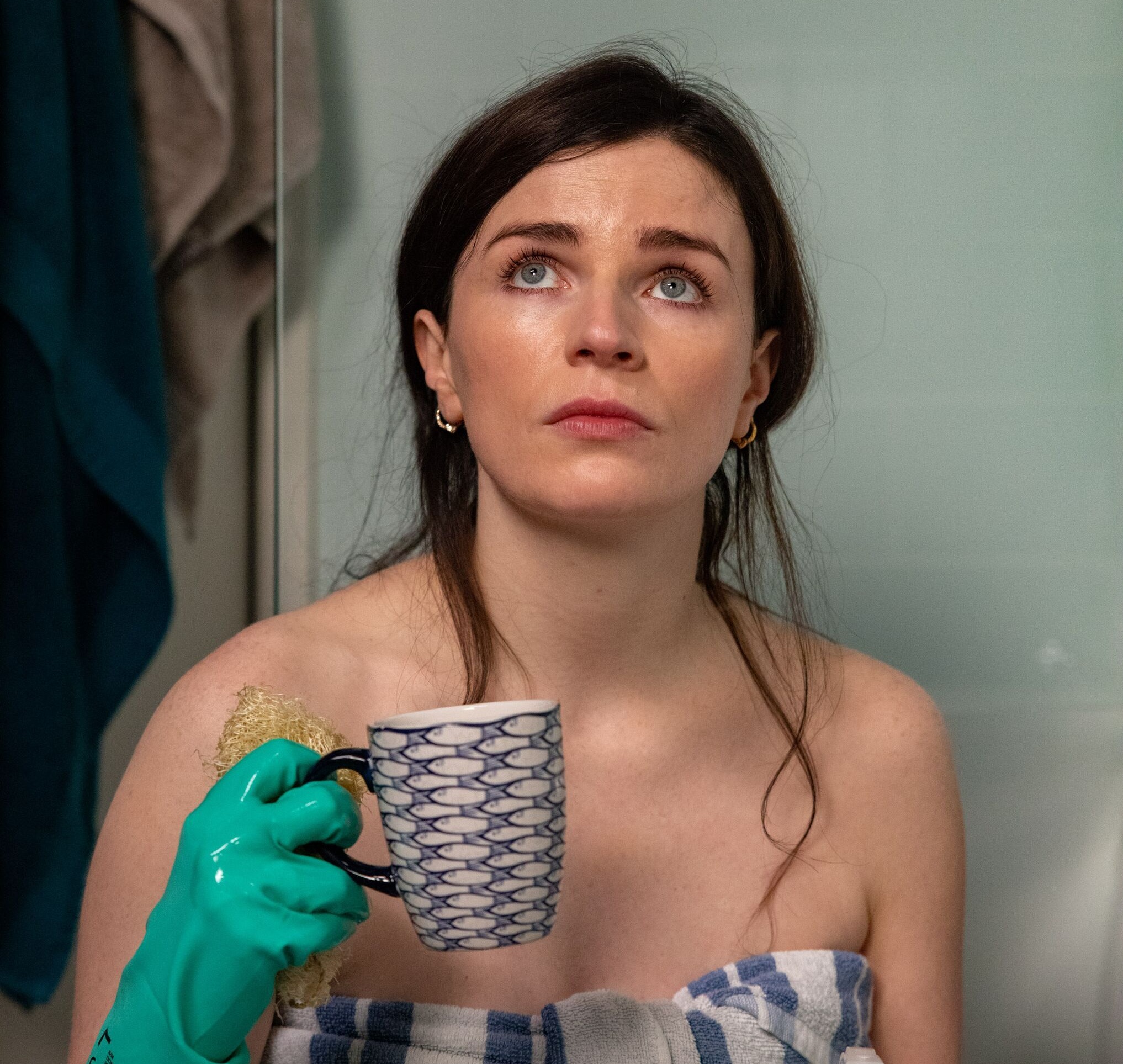 A BIG-UP to the commissioners at various TV stations who are finally beginning to concede that sisters are quite capable of doing it for themselves and are raising the ­profile of women on TV.

I have been so captivated – utterly hypnotised and enthralled by a number of dramas written by women and about women, but which haven’t cast us all in a romantic light or as batsh*t crazy, needy humans ladened with vengefulness or excess baggage.

Alma’s Not Normal, Sophie ­Willan’s semi-autobiographical comedy, is as witty, spiky, audacious and in-your-face as you could ever imagine and embraces the unease of sex work and a heinously disjointed childhood.

Back To Life follows Miri Matteson, played by Daisy Haggard, as she tries to rebuild her life after 18 years behind bars for committing a terrible crime in her teens. A dark comedy drama and so brilliantly and ­awkwardly portrayed.

This Way Up, Aisling Bea’s masterpiece which has a nervous breakdown at its heart, shows how, so often, women go about their business quietly and diligently, trying to fit into a society that has historically always had different expectations of them. I’ve loved how this drama somehow shows strength and frailty openly concealed in dark comedy.

Not forgetting, of course, Michaela Coel’s I May Destroy You, which took my breath away and beguiled me, months and months ago, in a way no other TV programme ever has. ­Fearless and terrifying all at once.

Point is, I’ve spent 34 years in TV. The battle for women to get commissioned has always been a road to nowhere; a battle unlikely to be won; an opportunity rarely given.

We have always been made to ­justify our presence – why would we make a programme like that?

I think it’s because women have always been considered the poor relation and I think commissioners never thought we could pull in the viewers. But we bloody can.

And yet, over the years – in too many programmes to mention – they’ve been all too happy to send men off in cars; send men fishing; send men to eat in restaurants and beyond – just for the hell of it.

But most crucially of all, what has thrilled me more than anything about this recent yield of female shows is that there is nothing snowflakey about the women.

They’re not romantic heroines or fools – they are risky, brassy, courageous, brazen and, above all, bold.

And our young girls need to see that on screen we can be something other than kissed and seduced.

Because if you can’t see it, it’s very hard to ever imagine being it.

A call for GP hybrid

I HAVE absolute empathy with those people who are campaigning for a return to face-to-face appointments with our hard-working GPs.

Let’s not pretend – appointments have, over the years, become rarer than hen’s teeth, rarer than finding honest men. 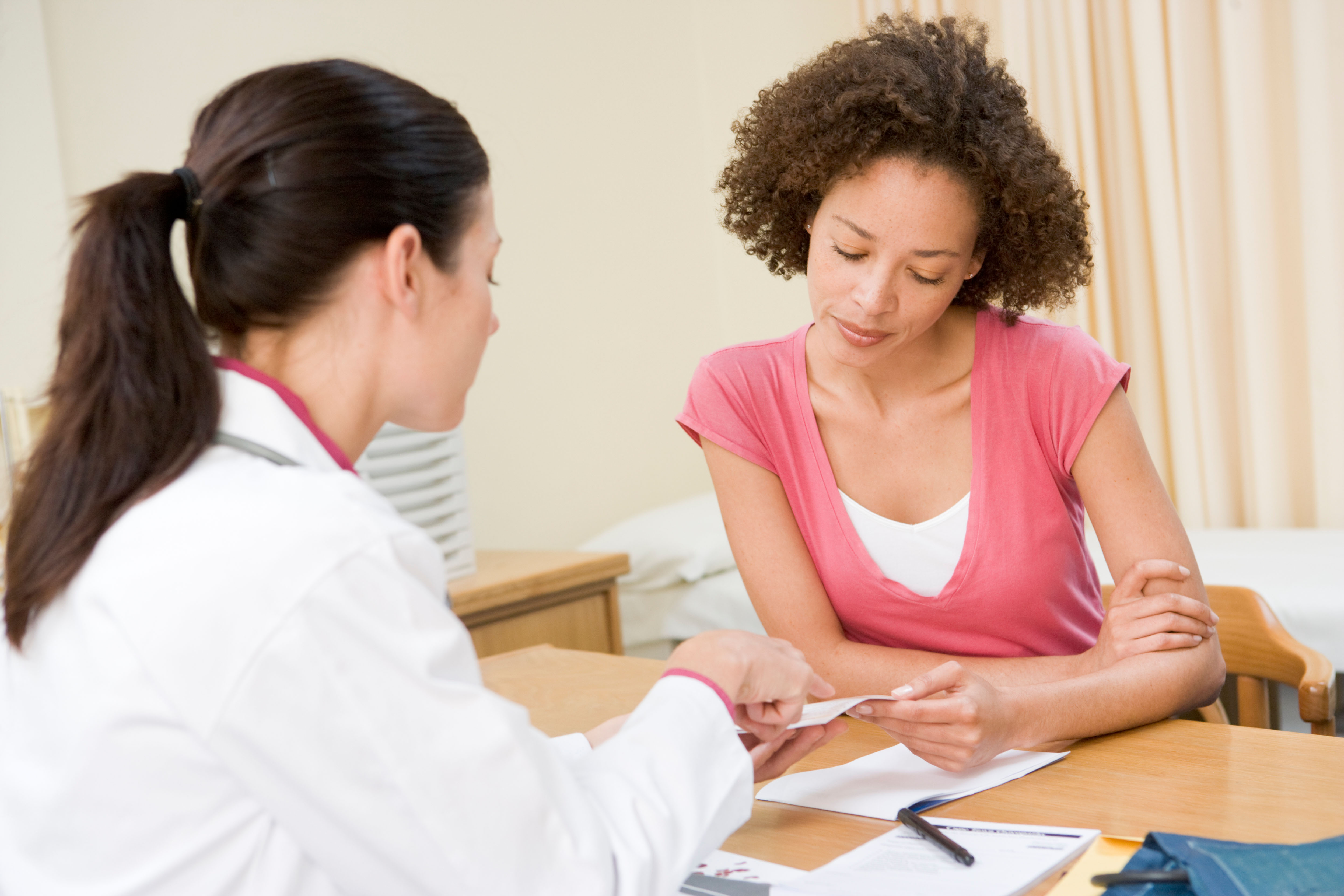 But I’ve been lucky where I live. We have a great GP surgery where they try their hardest to accommodate you.

During lockdown, I actually found it easier being able to speak to my doctor on the phone when needed, rather than venture into the village and sit in a germ-filled waiting room for longer than my time-poor self could spare.

But in many cases, a physical examination is crucial. Or the doctor needs to gauge your mood and have the time to properly consider your predicament and allow you the physical space to discuss it.

All this would be perfect if you actually got to see the GP to whom you’ve been assigned, and not some random locum who looks at you like you’re a fruitcake because he isn’t au fait with all your frailties. But perfect doesn’t always happen.

I’ve had to see my doctor for serious issues over the years.

But five years ago I was completely floored by the death of one of my young bulldogs. I had properly unravelled and felt only despair.

With no idea about how I thought my GP could help me, I just wept and sobbed uncontrollably through the consultation and he was physically able to show empathy because we were facing each other. Fortunately, he was able to help me.

Would that have happened on the phone? I can’t be sure.

I’d love to see some form of hybrid system for appointments.

Maybe some good can come out of this ghastly pandemic and we might be offered the choice of a phone call or empathetic hand on our shoulder, should we need it.

Stacey Solomon shows how she transformed her dark, dated kitchen into a modern bright space just like pal Mrs Hinch

Who was Baroness Trumpington and what was the Bletchley Park codebreaker's book about?