Home » World News » I haven’t stopped crying. All of Australia is crying tears of joy that Cleo is alive

When four-year-old Cleo Smith disappeared from a campsite in Carnarvon in Western Australia 18 days ago, it was impossible not to think of Madeleine McCann. I was travelling through Europe in 2007 shortly after the disappearance of four-year-old Maddie. Posters of the British girl were everywhere. Her little face haunted me. The faces of her stricken parents, Gerry and Kate McCann, haunted me. As a mother of two, pregnant with my third, I could not conceive of a more nightmarish situation. 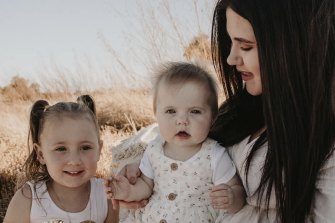 Then Cleo Smith vanished. Another beautiful little girl spirited away from her family in the middle of the night. I was horrified. We were all horrified. Our empathy for her parents was visceral. How were they fumbling through each day when their child was missing? How were they living with the pain of knowing their baby was out there somewhere, scared and alone, or worse, not out there at all? The not knowing, the terror, the grief, must have been a screaming void of agony.

And which one of us parents hasn’t glimpsed that same void, even for a moment, over our parenting life? My eldest daughter was a wanderer. She once stopped my heart when she disappeared on a packed Bondi Beach on a summer’s day. I still remember frantically running up and down the beach, shaking, yelling her name, my mind closing in on itself in panic. When I found her, 10 minutes later, chatting to a benign elderly man, I sobbed.

Maddie McCann was never found. And as the search for Cleo Smith moved into its second day, it’s fifth, its 14th, I was convinced she would never be found, either. How do you locate a small child in the West Australian wilderness? What magic would need to be wrangled to return her to her family?

And then this morning, as I woke up and flipped through the news, I saw the headline, “Cleo Smith found alive and well”. The words were a shot of adrenaline. I sat for a moment, stunned, and then started to cry. I closed my eyes and imagined the relief as the police officers found Cleo. I imagined them making the call to Cleo’s parents. I imagined Cleo’s mum, Ellie, rushing towards her daughter and scooping her back into her arms. I imagined how Cleo would feel in her mother’s embrace.

It must be like breathing again after being underwater. It must be like being reborn. I needed to share the news: Cleo Smith, found! I texted my mum, my friends, my various group chats.

On social media, the outpouring of joy was like nothing I had ever seen. THEY FOUND HER!!!!, people were tweeting.

Some people will choose to thank god, or the universe, or the power of prayer, for Cleo being found. I thank the West Australian Police, who worked tirelessly to locate her and bring her home to her family.

The WA Police Commissioner, Chris Dawson, broke down in tears, too, when he heard the news. “This is the outcome we all hoped and prayed for,” read the statement from his deputy, Col Blanch. “It’s the outcome we’ve achieved because of some incredible police work.”

I believe I speak for the whole of Australia when I say thank you to the West Australian Police. We are full of gratitude. This news has elevated us all. Life is hard. Many Australians have been through the ringer this past year. The news cycle is brutal. We seem to bounce from crisis to crisis.

But today we are reminded that wonderful things happen. Sometimes, there are gloriously happy endings. A little girl has been reunited with her family.

“Our family is whole again,” Ellie Smith posted on Instagram.

I cannot stop crying. I have cried all the way through writing this.

What Will Happen To Alaskan Bush People Season 13 Without Billy Brown?