President Trump in his return to the campaign trail in Florida on Monday evening boasted he has recovered from COVID-19 and is impervious to the disease that has killed more than 210,000 Americans.

The president, who tested positive on Oct. 1, also indicated he is unconcerned about being contagious and told the audience gathered at Orlando Sanford International Airport that he would be happy to engage in some close contact.

“One thing with me, the nice part, I went through it, now they say I’m immune. … I feel so powerful,” Trump said. “I’ll walk in there, I’ll kiss everyone in that audience. I’ll kiss the guys, and the beautiful women, and the — everybody. I’ll just give you a big fat kiss.”

Trump spoke for about an hour. While his remarks were short by the standards of his past rallies, which are often about 80 minutes long, it was far longer than any of the brief videos he released while recovering from the virus or his first live speech, which took place at the White House on Saturday and lasted less than 2 minutes.

Trump, who was treated with steroids and experimental drugs, became ill after his campaign and the White House hosted a series of events that ignored masks and social distancing measures designed to stop the spread of the virus. Over a dozen people linked to those gatherings also tested positive, including senior members of the president’s campaign team and White House staff.

The White House has declined to reveal precisely how many staffers have fallen ill. Trump’s team has also repeatedly refused to say when he last tested negative prior to his diagnosis, raising the possibility that the testing regimen supposedly in place at the White House was not followed and also making it impossible to say whether the president traveled to events while contagious.

Even after the cluster of cases at the White House, Trump’s Florida rally still didn’t include standard measures designed to minimize risks of coronavirus spread. Guests were packed together and many did not wear masks.

On stage, Trump, as he has for months, criticized lockdowns and quarantine measures as detrimental to the economy. He encouraged people to ignore them if they choose.

“The cure cannot be worse than the problem itself,” Trump said of the lockdowns.“If you want to stay, stay. Relax. Stay. But, if you want to get out there, get out.” 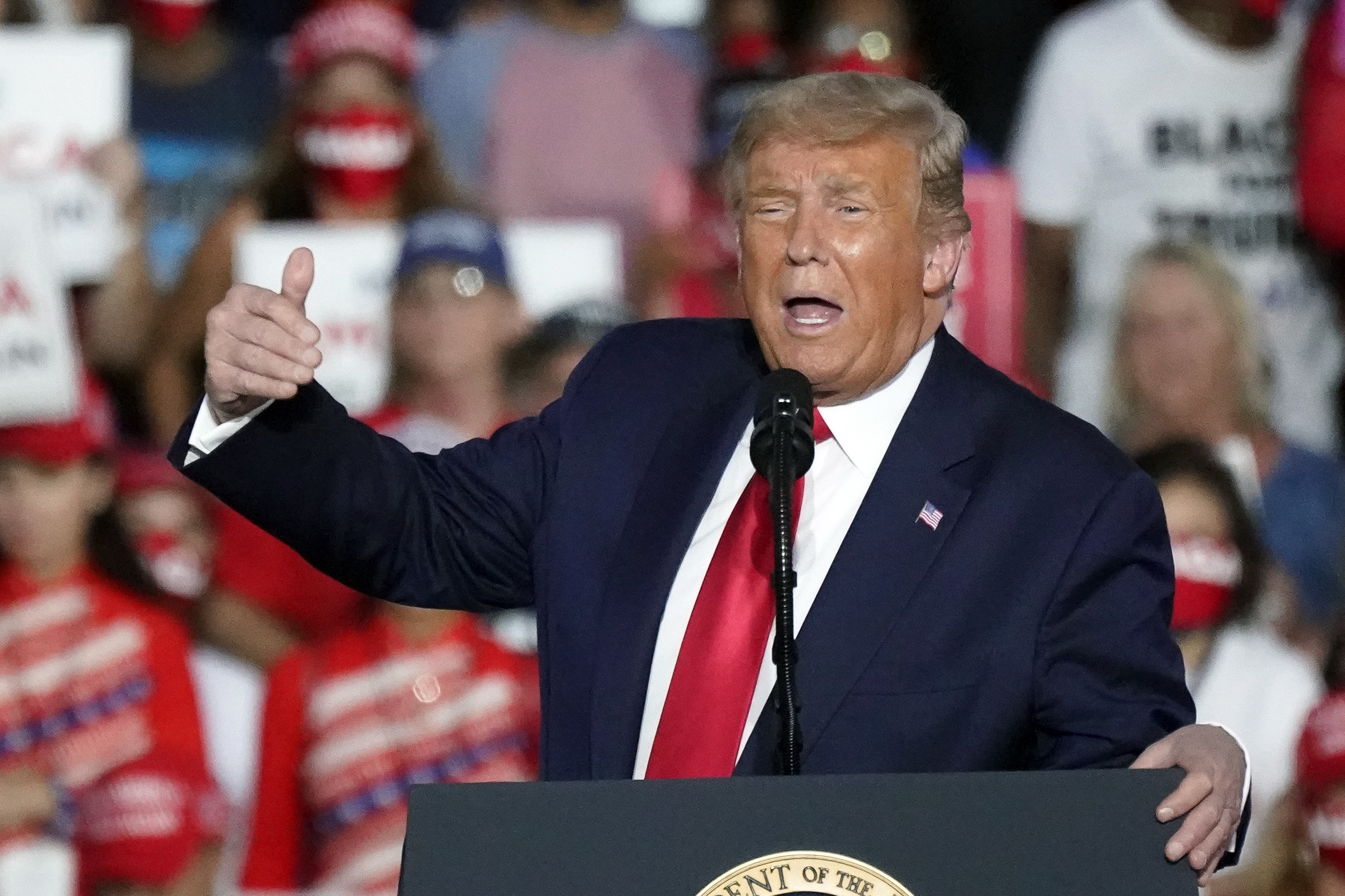 The president also suggested keeping distance from others was never an option for him.

During his remarks, Trump mocked his Democratic Party election rival, Joe Biden, for following social distancing guidelines. He also hit on the main themes of his campaign: accusing Biden of being controlled by the far left, touting his efforts to get conservative justices on the Supreme Court and warning of a threat of crime from “poorly run Democrat states and cities.”

While encouraging those in attendance to vote for him, Trump insisted polls show him well ahead of Biden, although the national numbers and those in key states are in fact trending Biden’s way.

Nevertheless, fresh off of facing the virus, Trump was clearly confident, at least when it comes to his health. 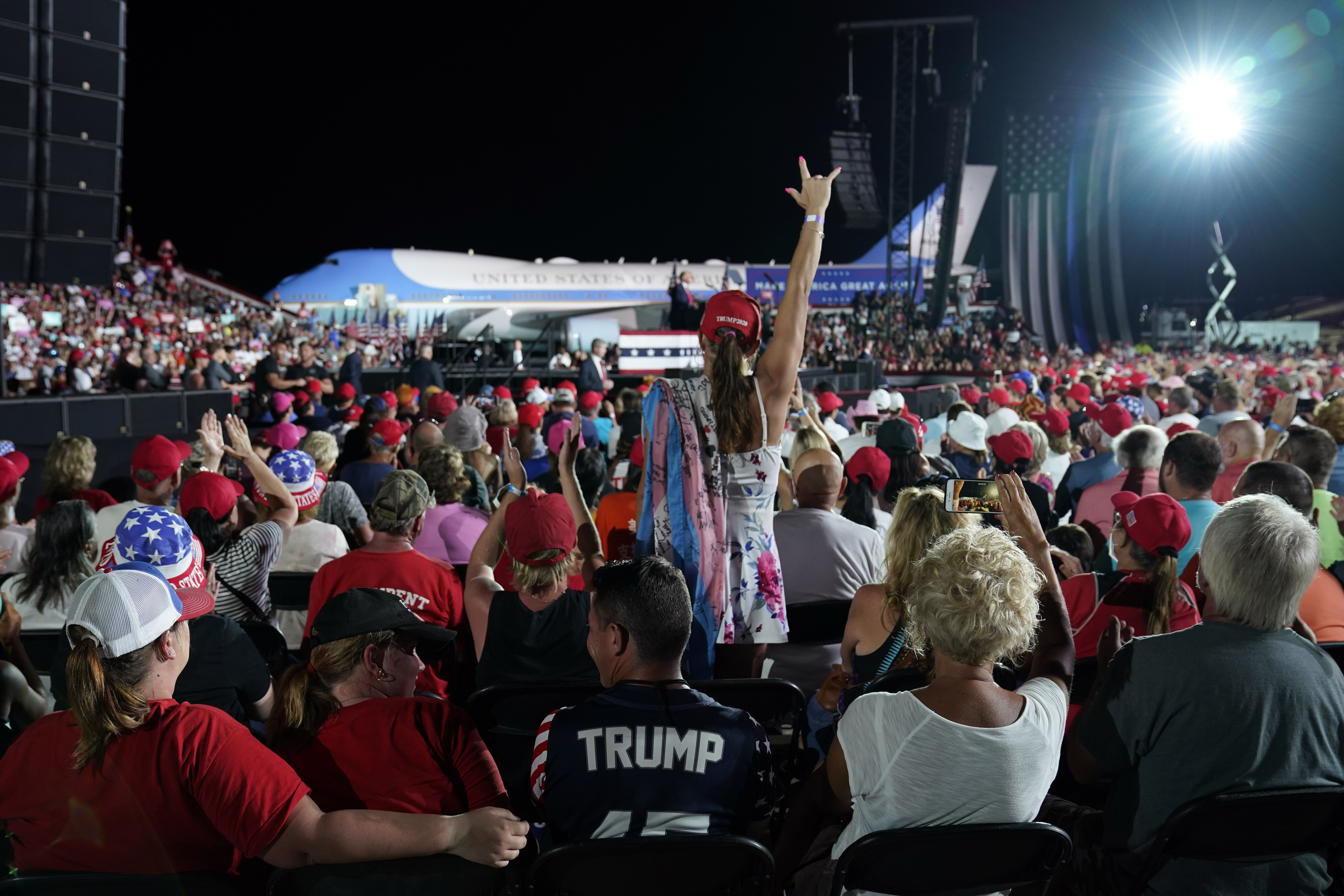 Throughout the pandemic, which began in March, Trump has cast doubt on the assessments of medical experts. He dismissed the scientists once again at his rally, claiming they are overstating the threat of the virus by raising questions about immunity.

Shortly before Trump took the stage, news broke that scientists confirmed the first known case of COVID-19 reinfection in the U.S. It is the fifth known incident in the world in which a patient diagnosed with the disease caused by the coronavirus was found to have caught the illness again after recovering.

Though such incidents are rare, the findings raise further questions about whether, and for how long, people who have contracted the coronavirus have immunity to re-infection.

This is how much Steve Jobs’ autograph is now worth

Everything You Need to Know About Drake’s Son Adonis

Alex Jones: The One Show host speaks out on ‘peace offering’ from husband ‘Don’t tell him’