COPS are hunting an "armed and dangerous" gunman after a cop was shot dead and another was injured following a shooting in Illinois.

Officials confirmed that two cops were shot at the Comfort Inn, Bradley just before 11pm on Wednesday. 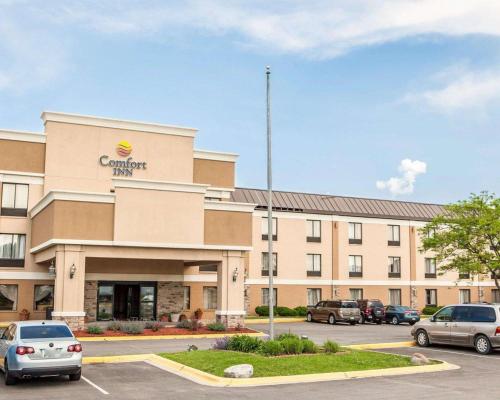 The condition of the other police officer remains unknown.

Cops are hunting for Darius D Sullivan, 25, and urge the public not to approach him as they believe he's "armed and dangerous", according to the Daily Journal.

SWAT teams swooped onto the scene and left after 2:30am on Thursday.

Emergency responders remained at the hotel until just after 3am.

THEY TOOT… THEY SCORE

Or you can remain anonymous by contacting the hotline or CrimeStoppers at 815-93-CRIME.

Investigations into the incident are ongoing.

The Sun has approached Kankakee Coroners Office for comment.

Amazon reveals plans for next phase of Virginia headquarters