ROME (Reuters) – The towering white temple stands on Rome’s nondescript outer rim, far from the Vatican, but for Italy’s 25,000 Mormons it is a clear sign that their faith has finally arrived at the historic heart of Christianity.

Italy’s first Mormon temple, tucked between the city’s ring road and a shopping mall, will be dedicated over three days starting on Sunday by Russell Nelson, president of the world’s 16 million Mormons, who refer to him as “The Prophet”.

Pope Francis, whose Church numbers about 1.3 billion members and who lives in the Vatican about 18 km (11 miles) away, will not be there. The Roman Catholic Church does not recognize the Mormons, formally known as The Church of Jesus Christ of Latter-day Saints, because of differences over doctrinal issues.

But that does not worry Italy’s Mormons who until now have had to travel to the Swiss capital Berne for the nearest temple. The new building is part of a 15-acre (6 hectare) religious and cultural center that resembles a U.S. college campus.

“The temple we just built is a statement of our belief in Jesus Christ as the savior of the world,” Church elder Alessandro Dini-Ciacci, 41, told Reuters in an interview.

“Rome is the center of Christianity, this is where the apostles Peter and Paul, the early apostles of the Church of Christ came to preach and bared their testimony… We built a house to the Lord,” said Dini-Ciacci, leader of Italian Mormons.

Despite their differences, the two Churches work together on humanitarian projects, particularly in the United States, where the Church was founded in the early 1800s by Joseph Smith.

Smith said an angel directed him to a place where he found a buried book of writings compiled by an ancient prophet named Mormon. Mormons say early Christians strayed from the true faith and that only their Church had returned to the right path. 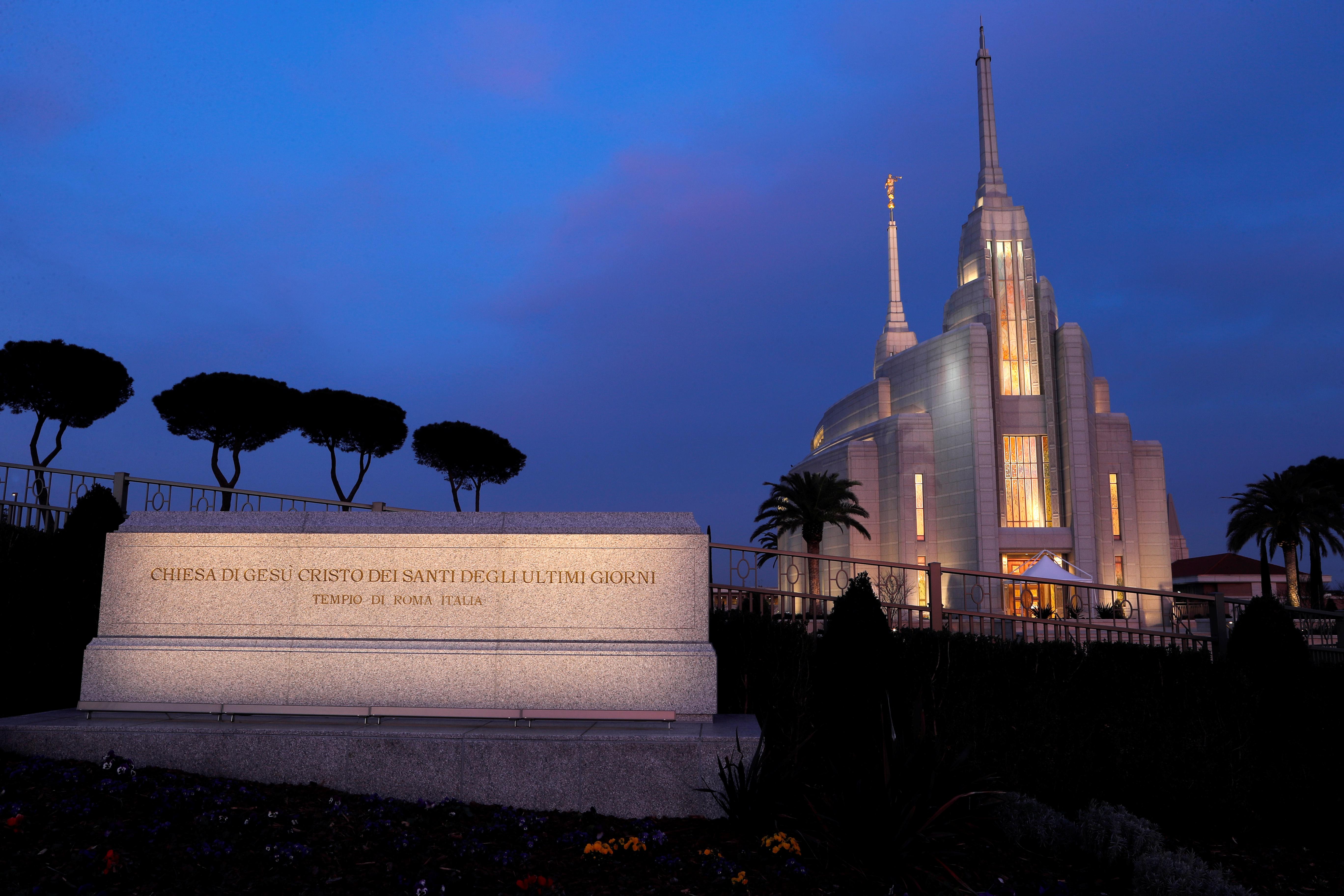 A delegation from the Vatican’s office for Christian Unity, headed by a bishop, visited the temple last month in a sign of friendship, Dini-Ciacci and a Vatican official said.

During a recent visit, the temple was abuzz with workers getting ready for the dedication. They included six college-age U.S. missionaries, in Italy for two years of voluntary proselytizing work that is a trademark of their Church.

The temple is covered with white granite from Sardinia. Statues of Jesus and the apostles are made of fine Carrara marble, as are the baptistry and most of the floors.

With their oil paintings of biblical scenes, Impressionist-style works depicting the Italian countryside and chandeliers of crystal gold, most rooms look like those of a luxury hotel.

The 10-year project is believed to have cost tens of millions of dollars, although Dini-Ciacci declined to give any figure, adding: “We spend much more on humanitarian aid and we are proud of that.”

One Mormon practice that Catholic and other Christian Churches frown on is baptism of the dead by proxy. This allows Mormons to stand in for their ancestors who were born before the Church was founded and baptize them vicariously. This is based on the Mormon belief that they are helping the deceased attain full access to heaven.

Church members are told to focus on their ancestors but some have performed the ritual for deceased strangers, celebrities and even popes, Jewish leaders and Muslims.

“We do all we can to prevent this,” Dini-Ciacci said.

Mormons and other religions in Italy also differ on how Churches should be financed. Mormons give a tithe of 10 percent of their income to the Church. 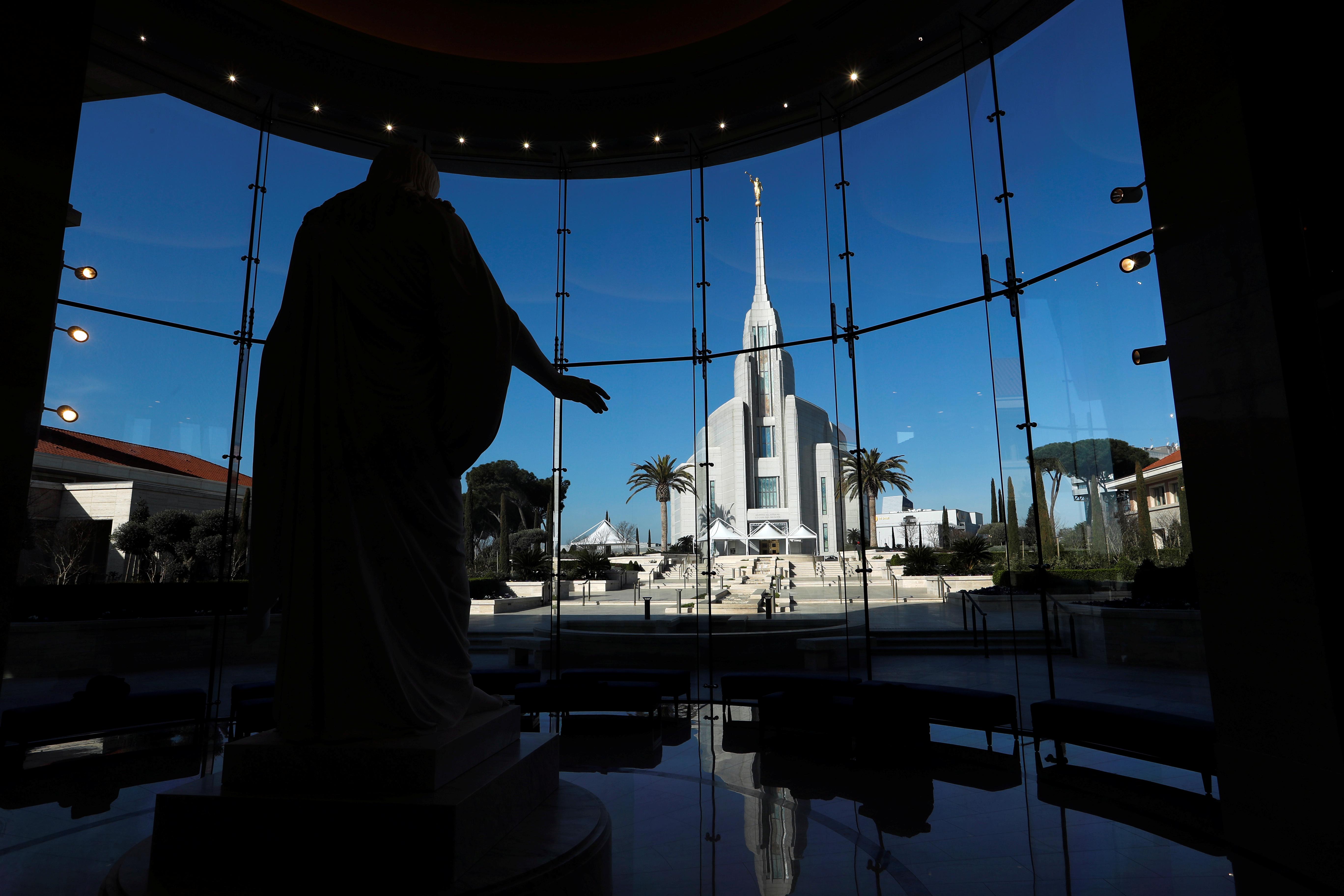 Dini-Ciacci said the Mormon Church does not accept funds from the government, which allows Italians to donate 0.8 percent of their income tax to a religion.

“Tithing is a biblical principle and we stick to that,” he said.

Florida Man Accused Of Pulling Knife, Stun Gun On Middle Eastern Men, Yelling ‘Get Out Of My Country!’