Indian teenager, 19, is kidnapped from a bus stop, drugged and raped for eight hours by men her family KNEW – including a soldier

A teenage girl was drugged and raped after being kidnapped from a bus stop by up to 12 men for eight hours in northern India.

The incident is the latest attack against women in the country, which has left the 19-year-old student barely able to speak.

It has been reported that the family of the young girl know three of her suspected attackers, who have been named as Pankaj, Nishu and Manish.

The identity of one of the suspects, Pankaj, who is a solider in the army, has caused further outrage. 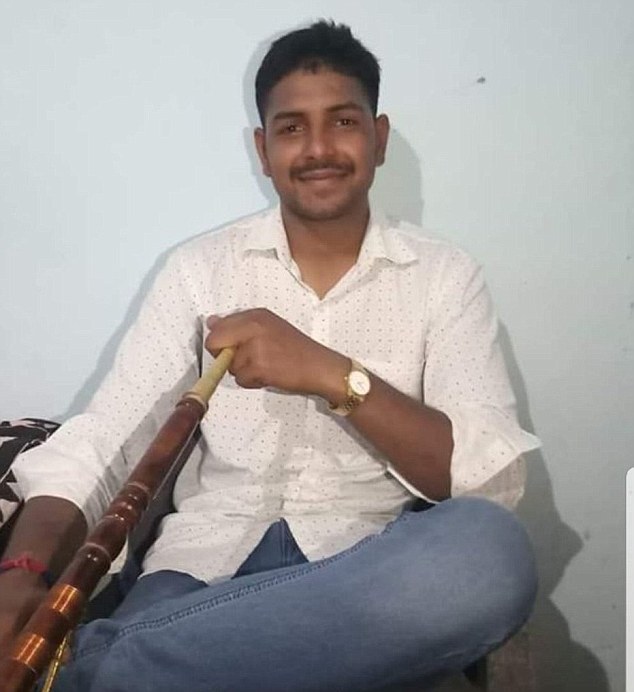 A teenage girl was drugged and raped after being kidnapped from a bus stop by up to 12 men for eight hours in northern India (pictured accused Pankaj, an army solider, issued by police)

Lieutenant General Cherish Mathson told NDTV: ‘If an army personnel is involved in the crime we will ensure that the person is caught and booked for rape. We do not shelter criminals.’

It has since emerged that the men accused of rape knew the teenager and her family and orchestrated the well-planned attack after following her. 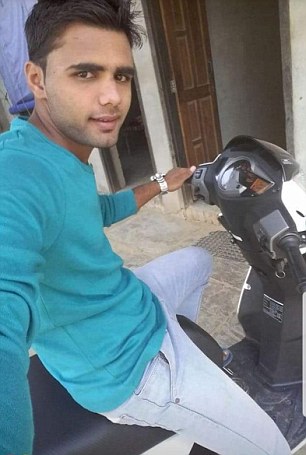 Police also issued a picture of another suspect Nishu

The girl was taken from the bus stop in Mahendergarh, Haryana after she was offered water by two of the accused, which she believes was spiked.

She was taken to a house around 25 miles away were more men arrived, totalling up to 12, where they took turns raping her, according to The Times of India.

After she was dumped back at the bus stop they abducted her from, one of the men called her family to come and collect her.

Police are yet to make any arrests but have released images of the three men in a bid to find them.

According to the newspaper the victim is currently in hospital being treated for injuries to her back, shoulders and genitals.

Her mother told the paper: ‘She has severe pain in her throat, and is unable to talk or swallow anything. They probably held her by the throat, which led to this pain.’

India has been shaken by a series of sexual assaults since 2012, when a young woman was fatally gang-raped on a moving New Delhi bus. That attack galvanized a country in which widespread violence against women had long been quietly accepted. While the government has passed a series of laws increasing punishment for rape of an adult to 20 years in prison, it’s rare for more than a few weeks to pass without another brutal sexual assault being reported.

Responding to widespread outrage over the recent rape and killings of young girls and other attacks on children, India’s government in April approved the death penalty for people convicted of raping children under age 12.

Around 100 sexual assaults are reported to police in India every day, according to the National Crime Records Bureau.

Kelly Clarkson Performs Cover Of Kings Of Leon’s ‘Use Somebody’