MONSOON rains are hampering the frantic search for survivors after a 6.2 magnitude earthquake left dozens dead and hundreds more injured in Indonesia. 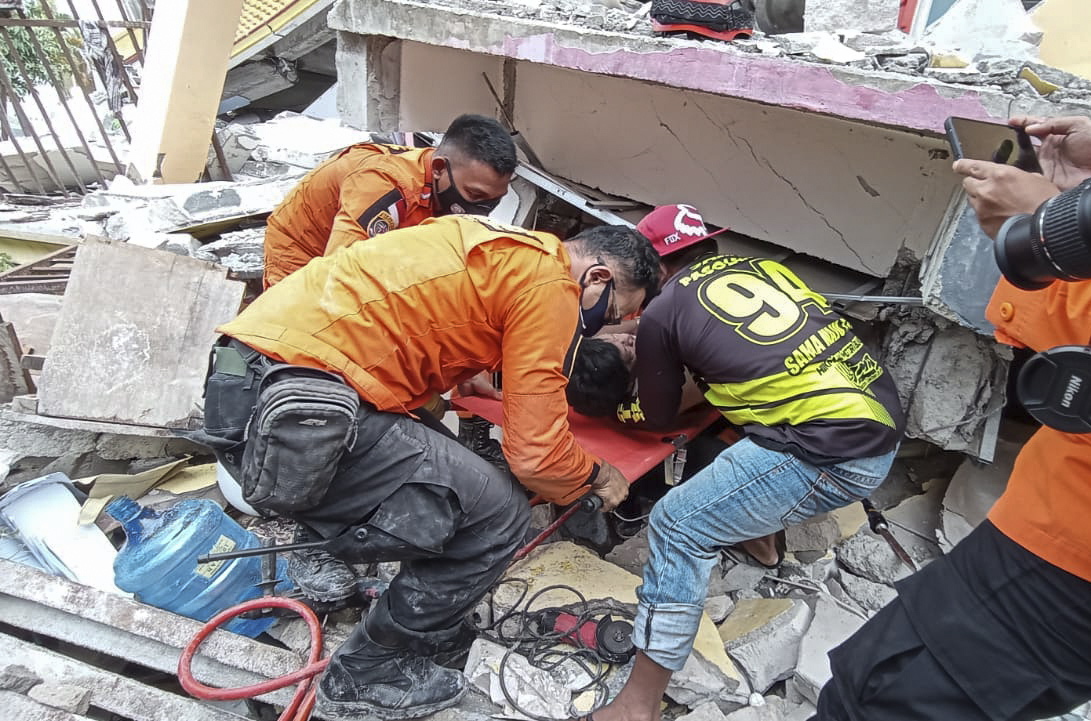 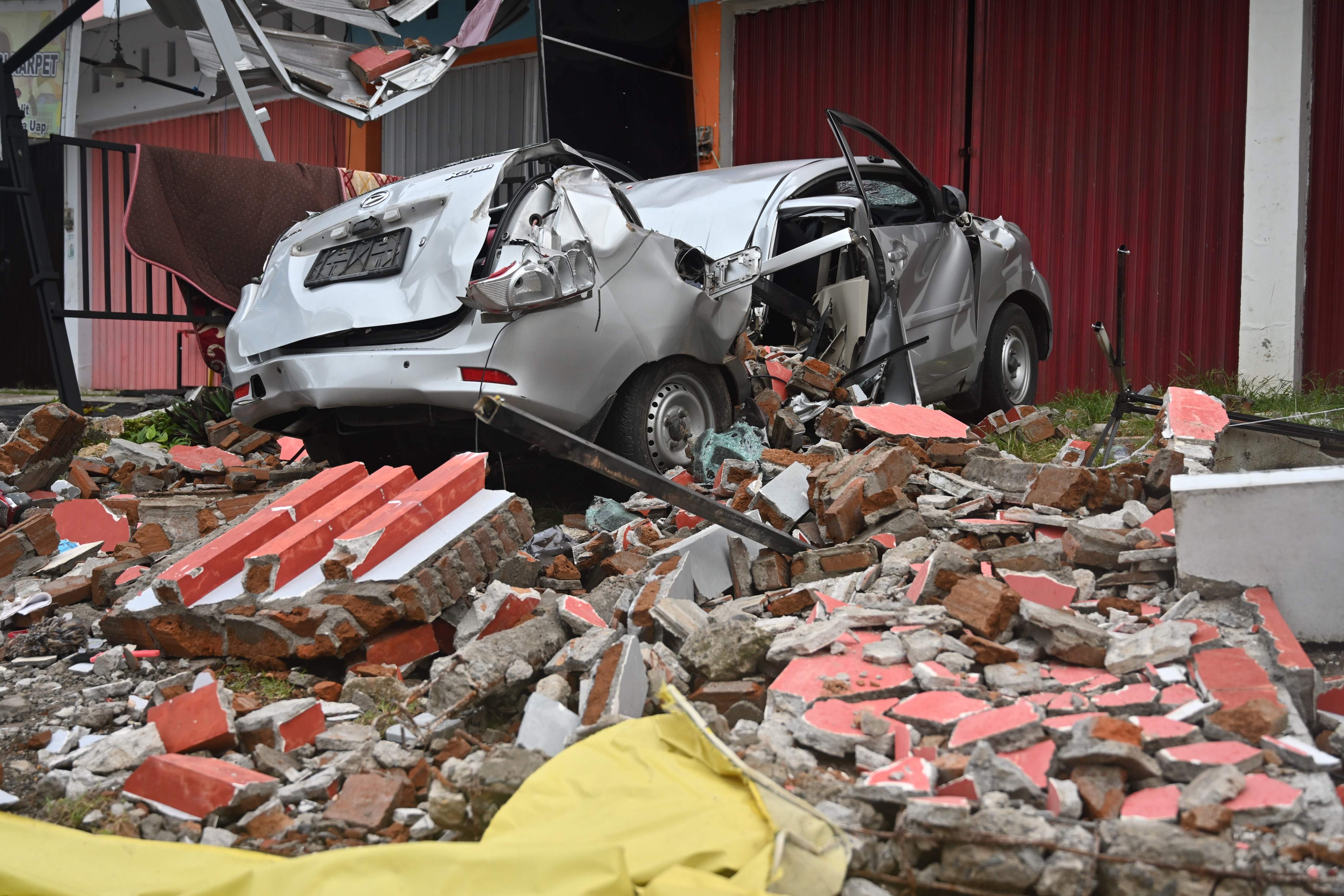 The Southeast Asian country has been hit by a string of disasters over the past week including deadly landslides, a volcanic eruption and a passenger jet crash which killed 62.

In a statement, the Search and Rescue agency Basarnas said most of those who died in the quake were from the district of Mamujuin West Sulawesi.

More than 740 people were also injured and over 27,000 fled their homes in the wake of Friday's tremors, revealed the country's disaster agency (BNPB).

Some sought refuge in the mountains, while others went to cramped emergency evacuation centres.

Excavators, cranes and other heavy-lifting equipment have been deployed in the area, but their work was today being undermined by driving rain. 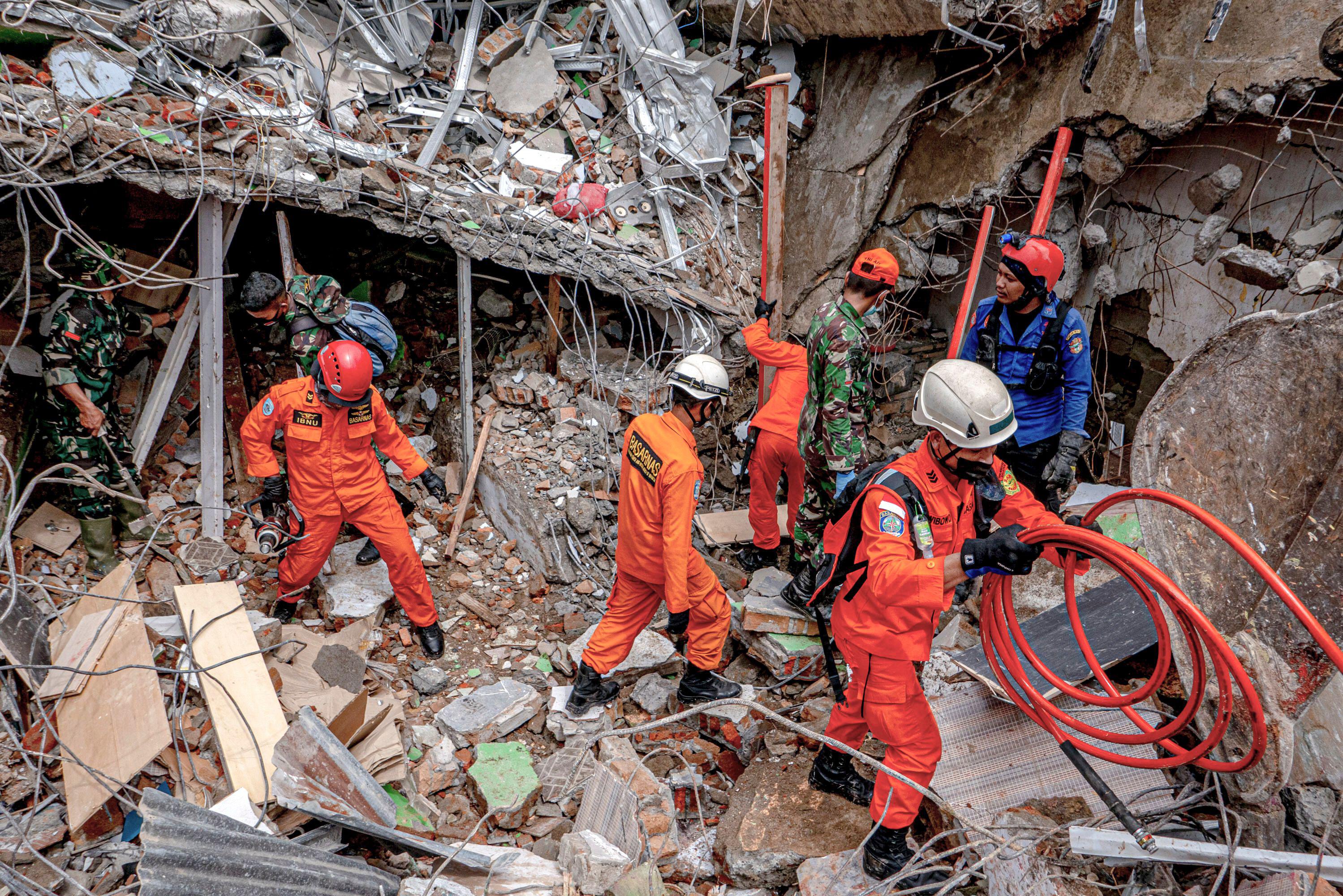 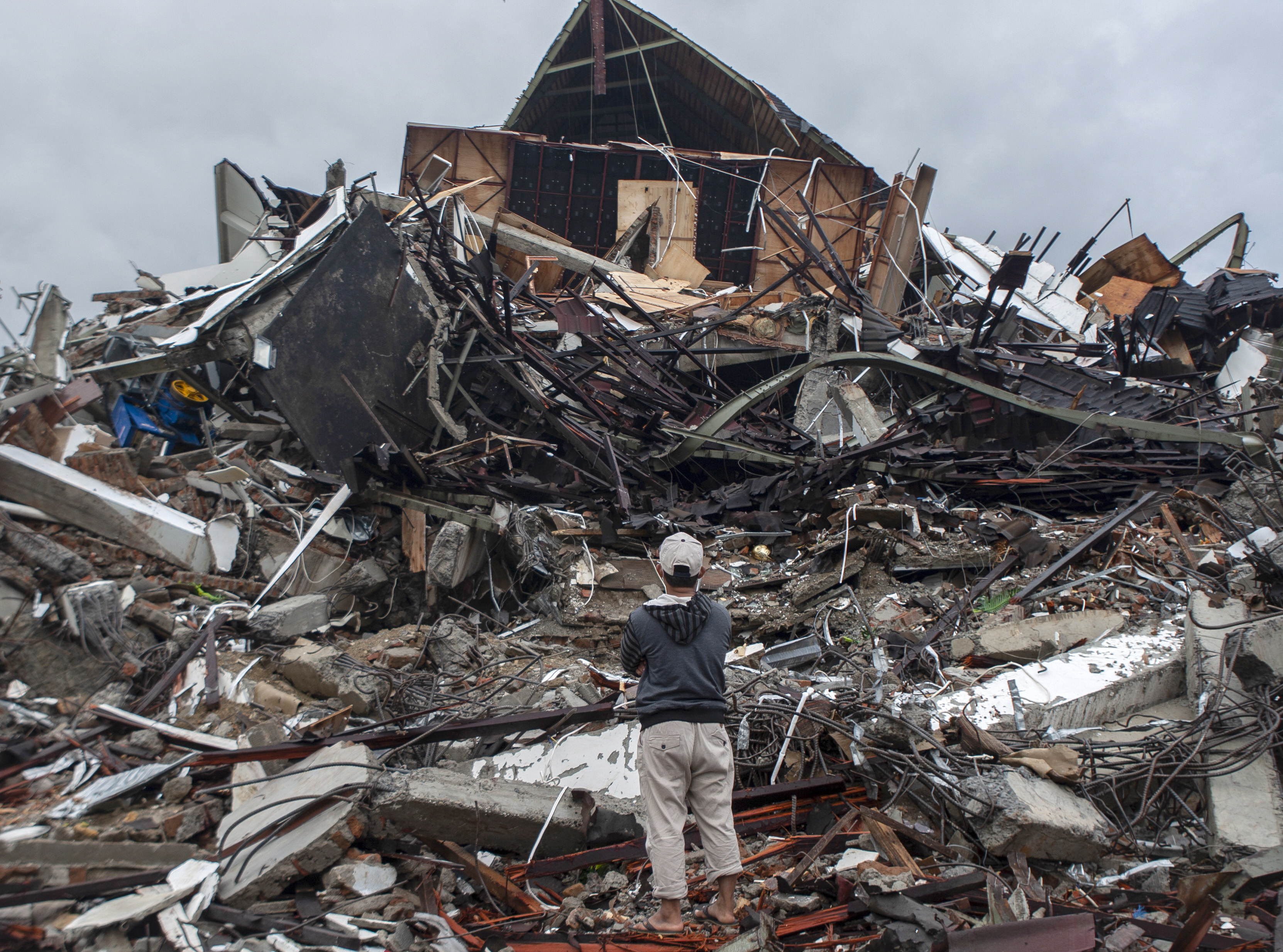 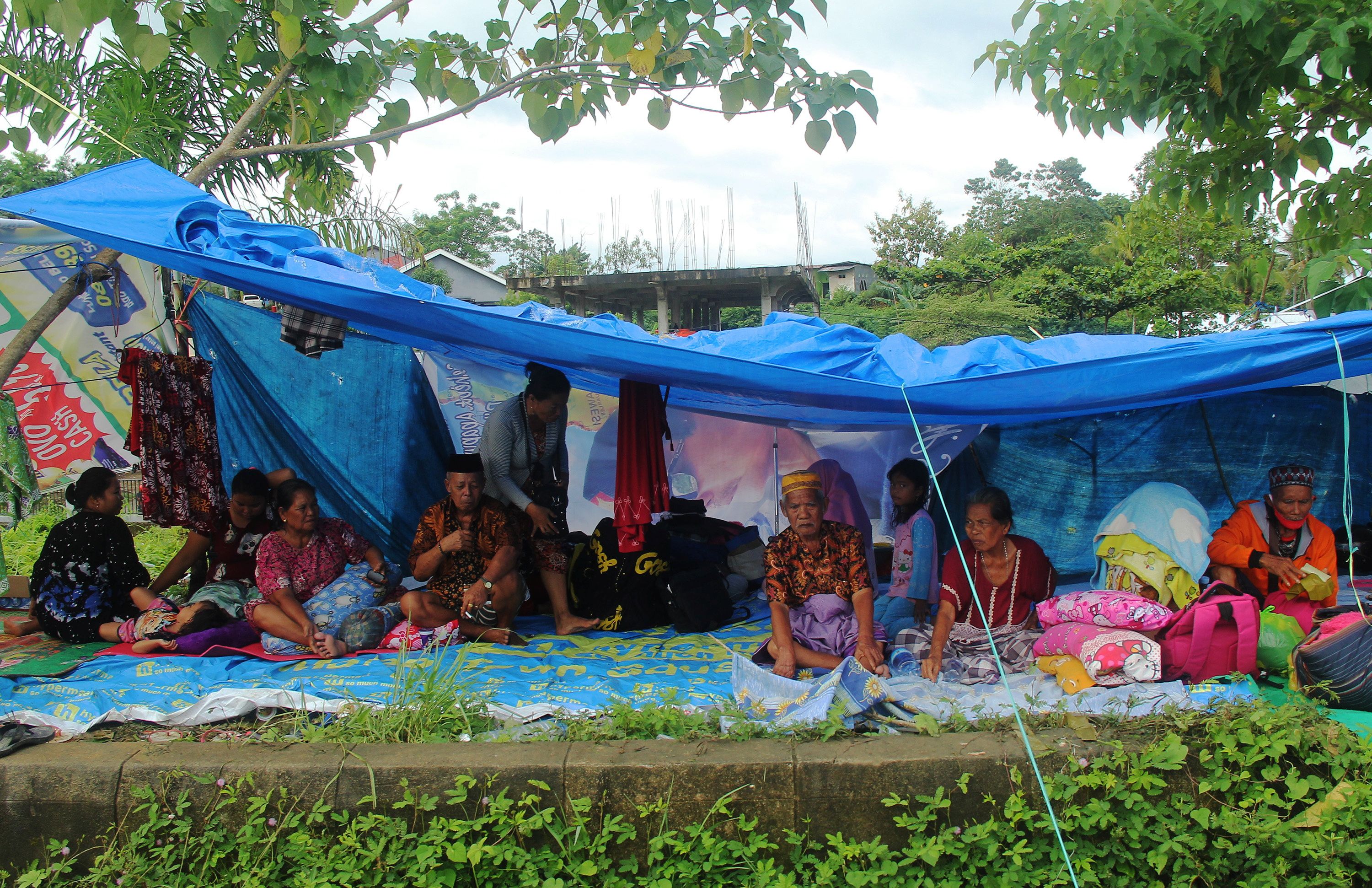 Scores of rescuers combed through the destruction, filling body bags with corpses, while deployed sniffer dogs to help in the search.

"The rain poses risks because damaged buildings could collapse if it gets too heavy… and aftershocks could move them too," one rescuer told the AFP news agency.

Excavating debris too fast could crush and kill any buried survivors, he added.

Meanwhile, bodies were recovered from under a collapsed hospital, while five members of a family of eight were found dead in the crumpled remains of their home.

Doctors treated patients with broken limbs and other injuries at a makeshift medical centre, set up outside the only hospital in Mamuju that survived relatively intact.

Indonesia sits on the Pacific "Ring of Fire"- where tectonic plates collide -and has a history of devastating earthquakes and tsunamis. 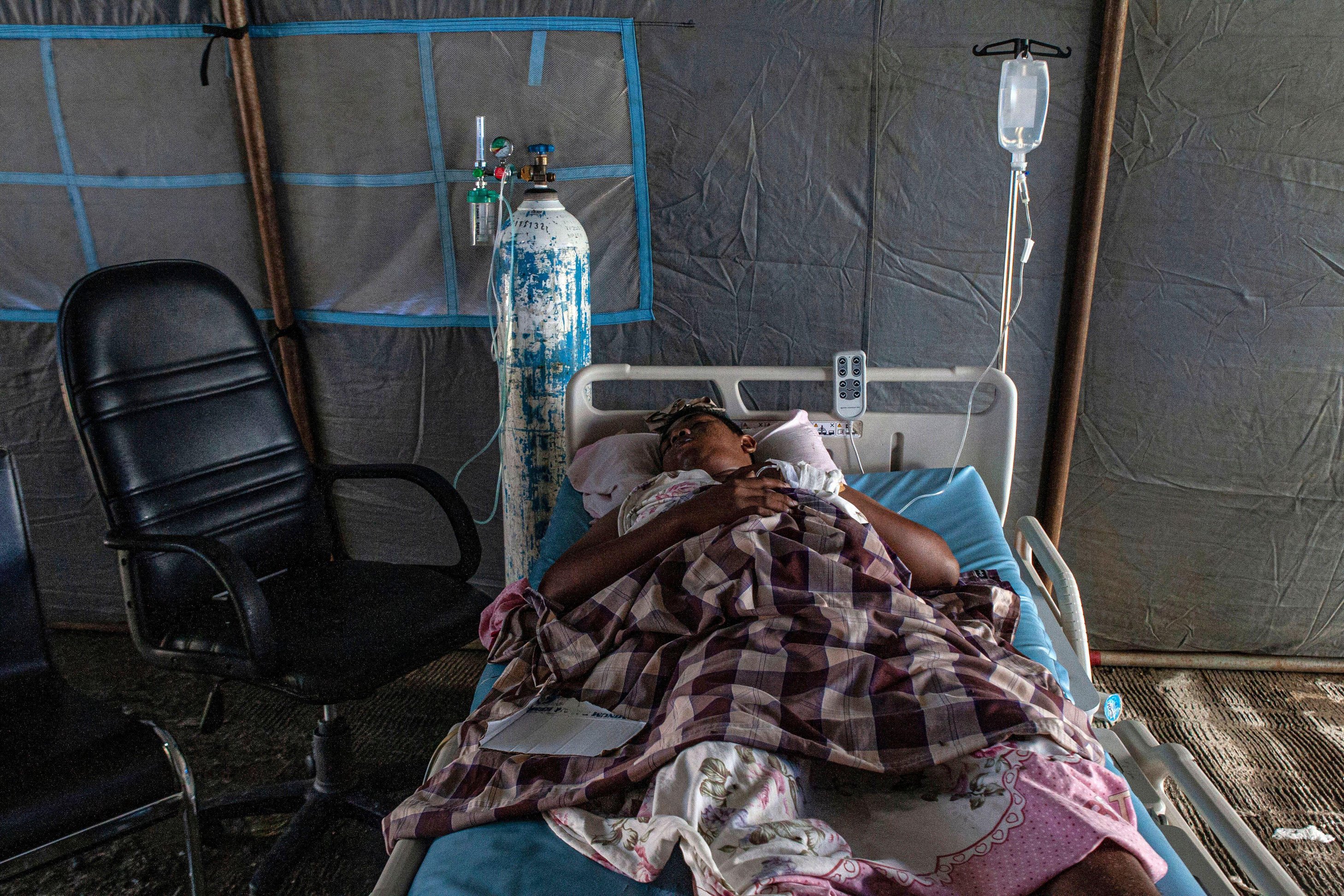 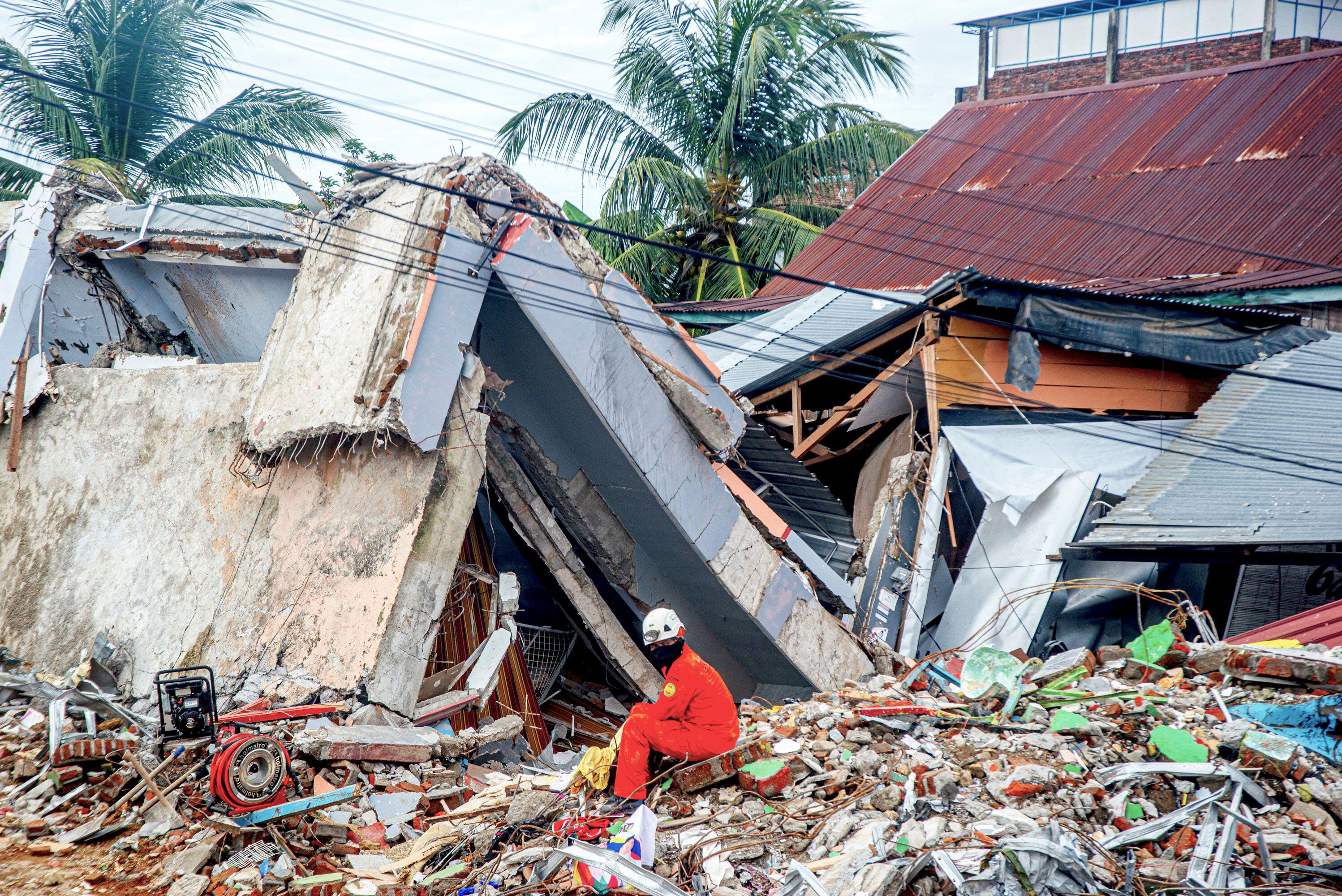 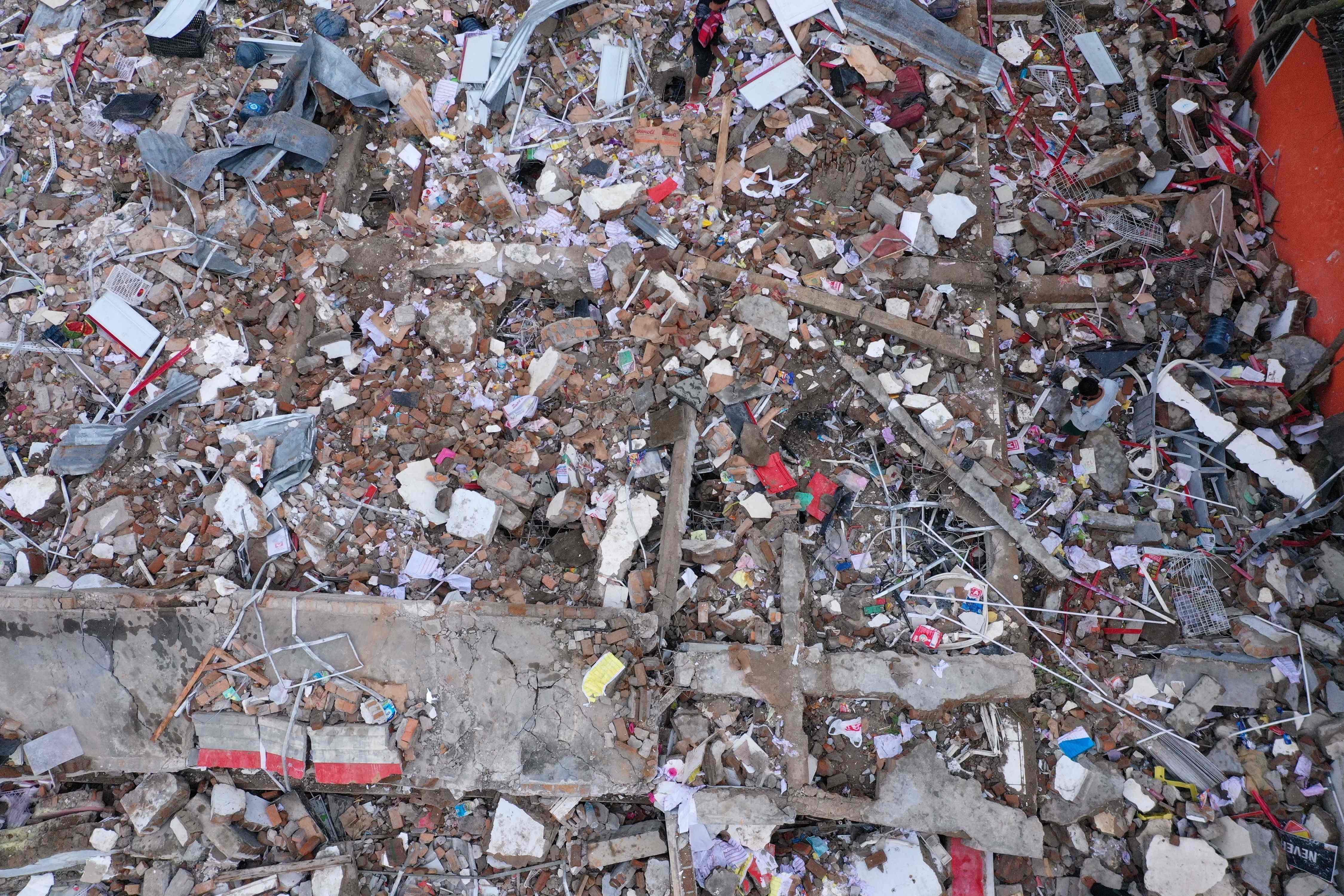 Just three years ago, more than 2,000 people were killed in a quake in Sulawesi.

Dwikorita Karnawati, the head of Indonesia's meteorological, climatology and geophysical agency (BMKG), has said that another quake in the region could potentially trigger a tsunami.

Floods in South Kalimantan and North Sulawesi have killed at least 20, while landslides in West Java province have killed a further 32, authorities said.

Last weekend, a Sriwijaya Air jet crashed into the Java Sea with dozens onboard.

East Java's Semeru mountain erupted late on Saturday, but there have been no reports of casualties or evacuations.

Dwikorita said extreme weather and other "multi-dangers" of hydrometeorology are forecast in the coming weeks.

Anthony Bourdain Died of Suicide by Hanging, No Signs of Foul Play

A Brief History of The Rock's Various Feuds