AN NHS charity Christmas advert has been slammed for upsetting kids after showing Santa "unconscious with coronavirus".

The ad, titled The Gift, shows an old bearded man unconscious in a hospital bed wearing an oxygen mask as medics in full PPE try and revive him. 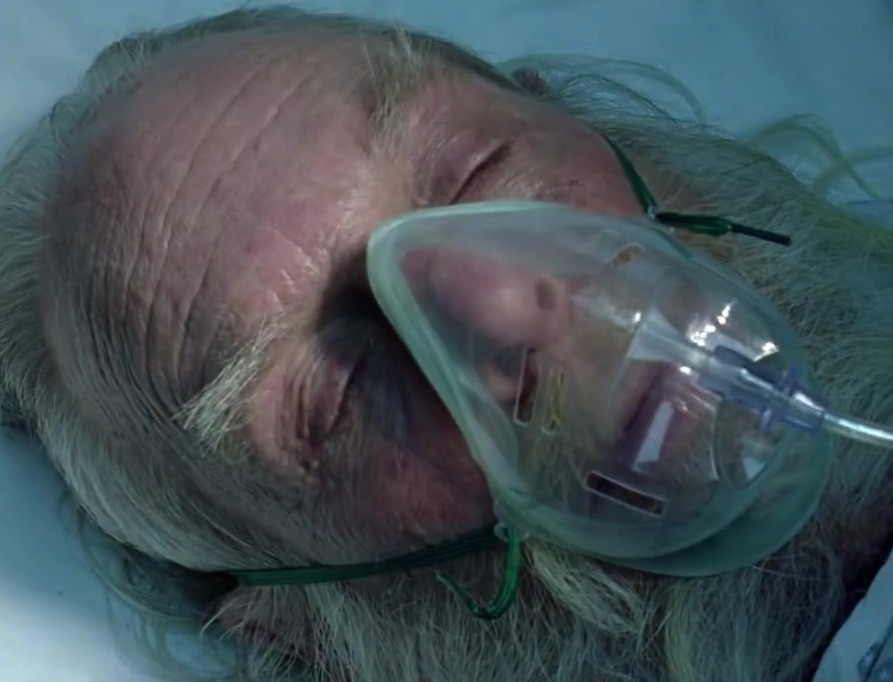 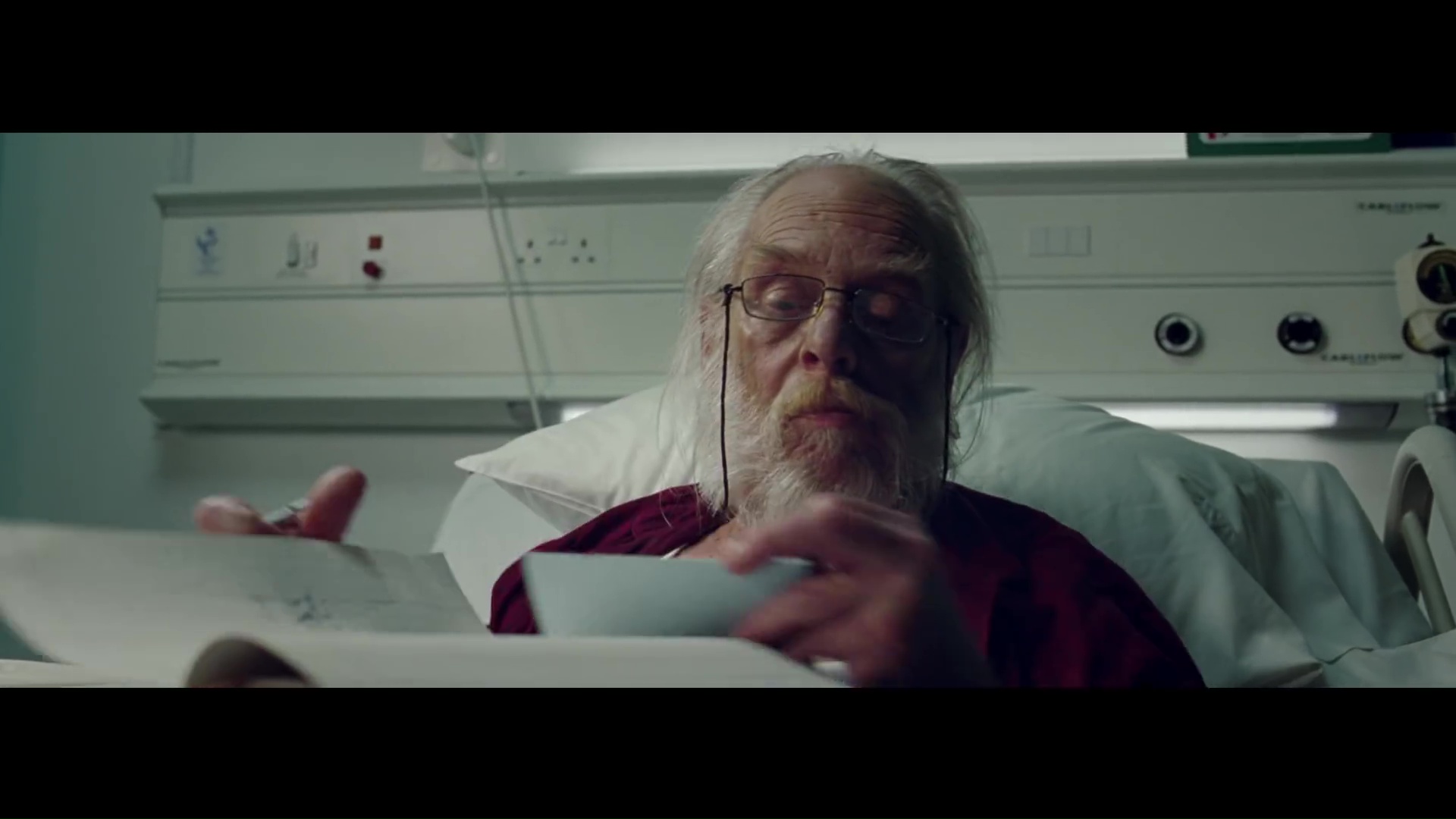 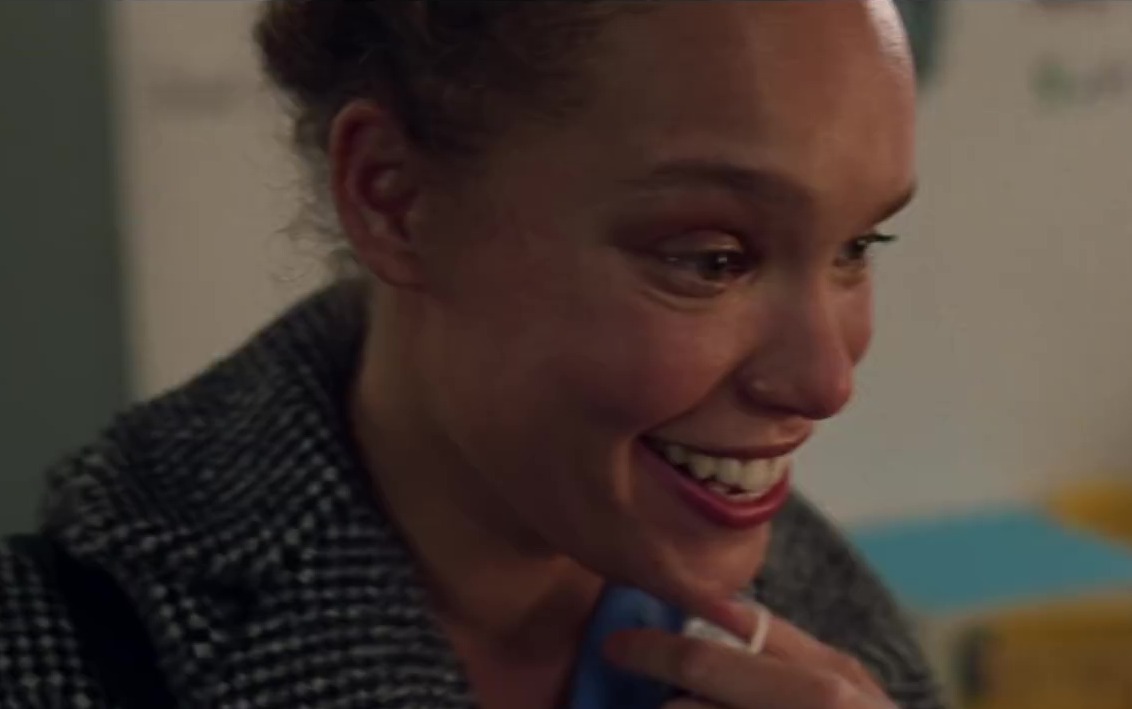 It is later revealed in the ad to be Father Christmas who has been nursed back to health.

Upset viewers interpreted the oxygen masks and tubes, as well as staff wearing full PPE, as a depiction of Santa suffering from coronavirus.

Concerned parents have blasted the ad as "insensitive" as several feared that young viewers would think Santa was dying.

They've urged the charity to let kids enjoy the festive season "without giving them adult problems to deal with".

In the advert, the old man is seen waking up oxygen tubes on his face and a mask-wearing nurse asks how he's feeling.

It then shows the man's slow recovery as he goes form using a wheelchair to using a mobility walker.

While he recovers, he receives a get well soon card from "Rudy" – who is his chief reindeer Rudolph. 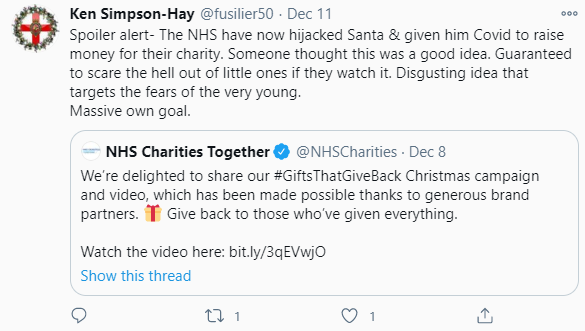 Later in the advert, the man reads letters addressed to "Santa", which reveals he is Father Christmas.

He then gets to go home and as he leaves the hospital he turns to wave to the medics who saved him.

The final show shows the nurse who cared for him receiving a gift with a note that reads: "Thank you for everything you've done for all of us".

It is signed "Santa" and the nurse realised who she was caring for while he was in hospital.

The advert was meant to celebrate and pay tribute the NHS staff and volunteers who worked on the frontline during the pandemic.

However, viewers took to social media to slam the advert.

What a dreadful, insensitive miscalculation on behalf of the NHS charity organisers.

Ken Simpson-Hay wrote: "The NHS have now hijacked Santa and given him Covid to raise money for their charity.

"Someone thought this was a good idea. Guaranteed to scare the hell out of little ones if they watch it.

"Disgusting idea that targets the fears of the very young. Massive own goal."

Linda added: "Are you so deluded on your own hype you can't see how disgusting this is NHS? Advert should be removed immediately."

Another Twitter user blasted the advert as a 'miscalculation' writing: "This is disgusting. Don't children have enough to worry about at the moment?

"What a dreadful, insensitive miscalculation on behalf of the NHS charity organisers.

"How many children are going to be brought to tears thinking Santa is going to die?"

In a social media post, the charity said: "We're delighted to share our Christmas campaign and video, which has been made possible thanks to generous brand partners.

"We adore the ad and dedicate it to all NHS workers who've given everything to care and keep us safe."

CEO of NHS Charities Together, Ellie Norton said: "Hundreds of thousands of NHS staff will be working over Christmas and New Year.

"The public has responded magnificently so far to our appeal, helping us raise over £150million. But with the ongoing impact of Covid, the need is still there." 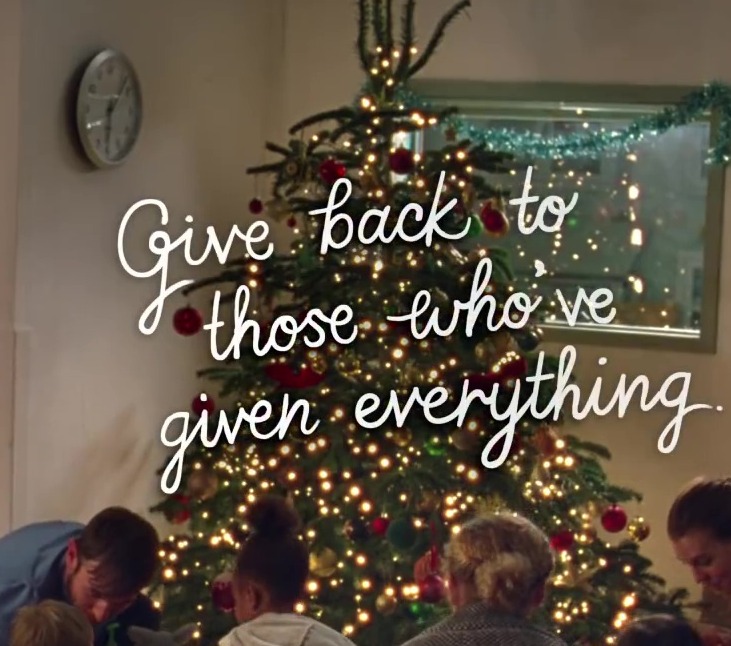 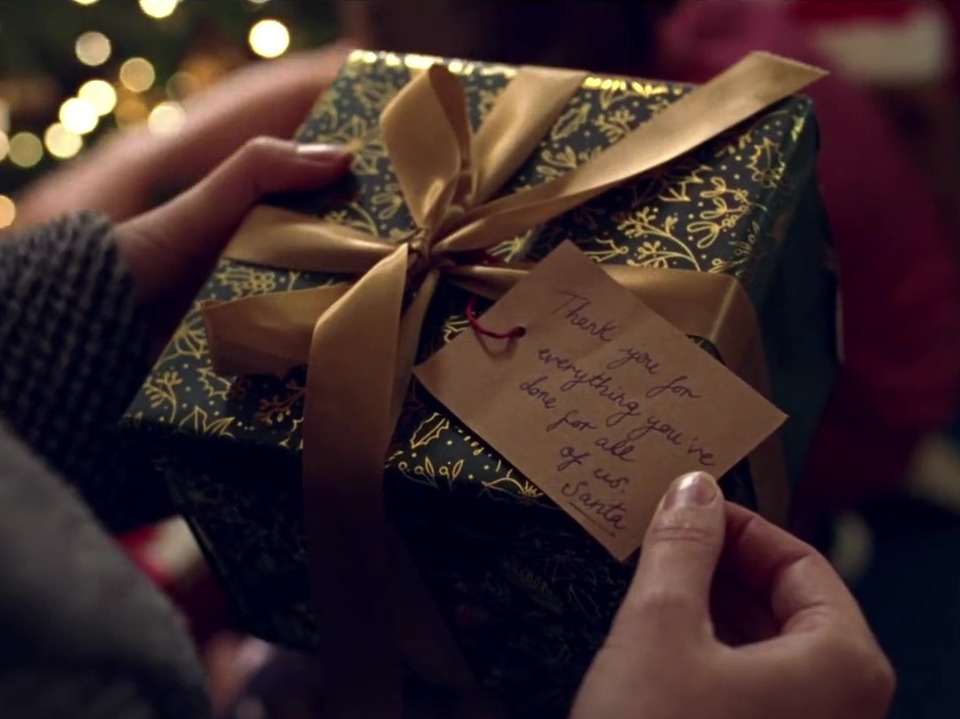