Senior women in the law are calling for Australia’s new attorney-general Michaelia Cash to appoint a female judge to fill a Federal Court vacancy in Victoria, after the appointment of nine men and no women to the state registry by the Coalition government.

Legal sources say a female Victorian QC is a frontrunner for the position, left vacant by former attorney-general Christian Porter’s promotion of Simon Steward, QC, to the High Court in December. 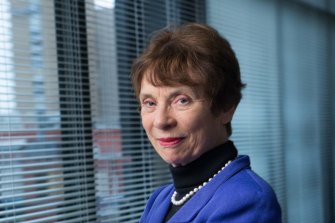 Marcia Neave said the recent run of male-only appointments to the Federal Court in Victoria was disappointing. Credit:Simon Schluter

Nine appointments have been made to the Victorian registry since the Coalition government was elected in 2013 – all of them men.

“This is particularly nonsensical given the very talented senior women practising regularly at that level,” Ms Haban-Beer said.

“The new federal attorney-general has an opportunity to actively commit to gender and cultural diversity on federal courts, especially the senior federal courts, by ensuring appointments take diversity into account.”

“At a time when there’s a great deal of discussion about anti-discrimination, one might argue it’s particularly important to have judges from both genders,” Ms Neave said. 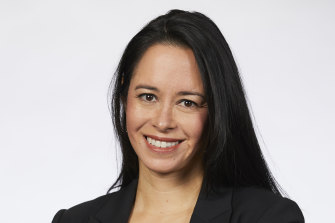 Treatment of women and gender equality has been under scrutiny since former Liberal staffer Brittany Higgins went public with the allegation that she was raped in Parliament House. Mr Porter took sick leave after he was accused of sexually assaulting a woman three decades ago. He denies the allegation.

A spokesman for Ms Cash backed the Morrison government’s record of appointing women to senior judicial positions across all courts, including the recent promotion of Jacqueline Gleeson to the High Court from the Federal Court, and of Jennifer Howe to the Federal Circuit Court in Melbourne.

The number of women in the Federal Court overall, the spokesman said, had increased by three under a Coalition committed to a 50 per cent representation target across all government boards.

“Gender balance on courts will be a constant consideration, along with a number of other key factors in all appointments,” the spokesman said.

He said improving diversity in court appointments was an ongoing process.

“As it has done since it came to government, the Coalition will continue to work to increase diversity, including the representation of women, on all federal courts,” he said.

Women account for fewer than a quarter of appointments across all registries by the Coalition since 2013, while 30 per cent of Labor’s appointments were women in its almost six-year tenure.

Appointments to the Federal Court are made by the attorney-general, generally after consultation with the head of the court and legal bodies such as the Law Council. But the process is not public nor transparent. 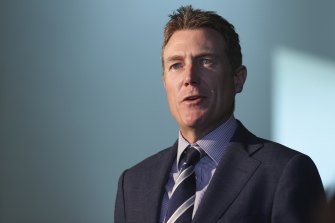 Out of the 12 appointments Mr Porter made, two were women. His predecessor George Brandis appointed eight men and two women to the Federal Court.

Shadow attorney-general Mark Dreyfus, who appointed three women and four men to the Federal Court in his seven months in the role in 2013, said the overlooking of women by the government over seven years was “inexplicable, indefensible and clearly has nothing to do with merit”.

Melbourne Law School’s Professor Heather Douglas said despite the poor record of appointing women to the Victorian registry, the state led the country in gender parity across the courts.

According to the Australasian Institute of Judicial Administration, women on the bench in the Supreme Court, County Court and Magistrates Court make up 45.1 per cent of the bench, more than any other state or territory.

Professor Douglas said she couldn’t exclude the possibility that women had been asked to join the Federal Court Victorian registry and said no, but the trend of male appointments raised the question of whether sexism was at play.

“It just seems surprising that time and time again over the past four or five opportunities [for appointment] there are no women to be found,” Professor Douglas said.

Kevin Hart calls out NBC for mistaking him for Usain Bolt

Who is Princess Latifa of Dubai and why did she run away? – The Sun

How do I clean my BBQ? Tips to get your barbecue grill sparkling in minutes