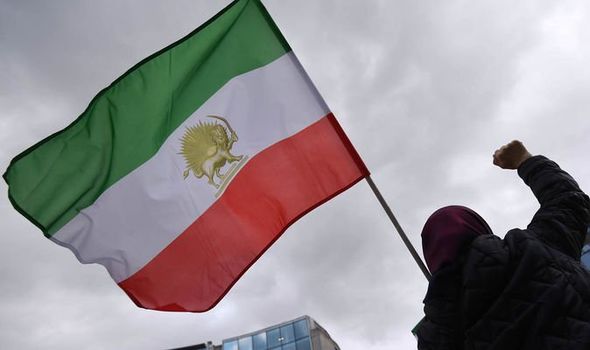 Its pleasant avenues, lined with trees and pre-revolutionary Iranian flags, frame modern homes and offices and give the appearance of the type of enclave favoured by wealthy ex-pats abroad. But its impenetrable security cordon signals the fact that this site, measuring two square miles, is a place of business: and the business is to replace Iran’s theocracy with a secular, democratic and West-facing government. The NCRI already boasts 1,000 resistance units within Iran’s borders, helping to effectively organise the protests which have been raging across the country as Iranians express their disillusionment with the oppressive regime.

Ashraf 3, as the town is called in memory of the People’s Mujahedin of Iran fist place of exile in Iraq, is intensifying the effort.

Day and night a state-of-the-art cyber centre with 50 terminals pumps out social media messages of hope for disillusioned fellow countrymen and women at home.

Its main conference centre, boasting Roman pillars and pre-pre-revolutionary emblems such as the golden lion, contains a  no-expense-spared museum dedicated to the 130,000 members tortured and murdered in Iran since it became an Islamic Republic in  1981 – 30,000 in 1988 alone.

With giant photos and touch screen displays, no expense has been spared to remind this group, and international supporters, why they continue to fight.

At its first conference here, the group demonstrated just how sophisticated its operation is with a series of Hollywood-quality videos produced at its headquarters in Paris, from where it operates a cable channel which continues to broadcast into Iranian living rooms despite regime efforts to block it.

One depicted a teenager living in Europe reading news headlines proclaiming the execution of Juventus striker Cristiano Ronaldo – in clear reference to the execution of Iranian national football team captain Habib Khabir, tortured and killed by firing squad 1984 for belonging to the PMOI – Steven Spielberg sentenced to death for expressing political opinions and  Serena Williams executed for supporting a freedom charity foundation.

They came at midnight to arrest me, I was nine months pregnant but they beat me

And Tehran is worried, in March Albanian security services foiled a car bomb plot here – an echo of last year’s attempt to blow up its Paris conference. The March plot led to the expulsion from Albania of Iran’s ambassador and another diplomat.

In France, where the NCRI is officially headquartered, President Macron last year rejected a request by Iranian President Hassan Rouhani to expel the group; ironic since it was Paris which harboured the regime’s spiritual leader Ayatollah Ruhollah Khomeini after he was banished from Iran by the Shah.

As dignitaries from ten nations watched, survivors told how they were tortured in Iran’s brutal prisons, often packed ten times their capacity, while women told how they were made to care for babies discarded among cell mates following the execution of their parents.

“They came at midnight to arrest me, I was nine months pregnant but they beat me,” said one female survivor.

After giving birth she was returned to prison with her newborn baby.

“There was no milk for my baby so my cell mates gave me their sugar rations – two cubes,” she said.

“We were allowed 15 minutes of warm water every ten days for our babies. We had to wash 50 children in a very short time.”

She escaped after her son became gravely ill and she was finally allowed to seek hospital care.

Rudy Giuliani, who has supported the NCRI for 11 years, said: “I think Iran’s regime are cold blooded murderers. There’s probably no regime we deal with today, be it Russia or North Korea, which has murdered as many of their own people as Iran.

“A million of their own people. They’ve murdered so many people that if they ever had a conscience, it’s gone.”

Dr Offord told the 1,000-strong delegation: “The British delegation is here to remind our government of our obligations under international laws of human rights, I believe that we should follow the US example and proscribe the Iranian Republican Guard Corps as a terrorists organisation.

“They have a maligned influence throughout the Middle East and are now threatening the UK government directly with attacks on our oil tankers.

“In light of the hostile actions by Iran currently, and the reality that the nuclear deal is dead, we must withdraw from it and support the US by levying sanctions.

“Those sanctions are working, and we’ve seen unprecedented protests within Iran as normal people who are repressed by the regime rise up against it. 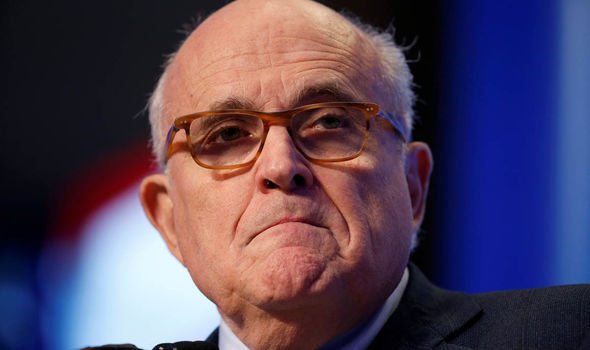 “There is a great appetite for regime change through peaceful means by Iranians and the NCRI’s ten point plan – which seeks secular freedom, equality the rule of law and respect for human rights – shows that it will make for the foundation of a successful new government when the time comes. “

He added: “I also want to see the regime held to account for the 1988 massacre of 30,000 opposition members in Iran, most of which were tortured before being hanged.”

In an impassioned speech Sen Lieberman said: “My wife is the child of survivors of the Nazi holocaust, and she sees echoes of that with what’s happening in Iran.

“When survivors said ‘never again’ they meant never again will a regime, like the one which rules Iran, be allowed to commit these atrocities.”

Addressing the NCRI directly, he added: “You have given us the opportunity to be true to our national principles. Our Declaration of Independence says every person is created equal, that they are endowed by their Creator with certain unalienable Rights, that among these are Life, Liberty and the pursuit of Happiness. 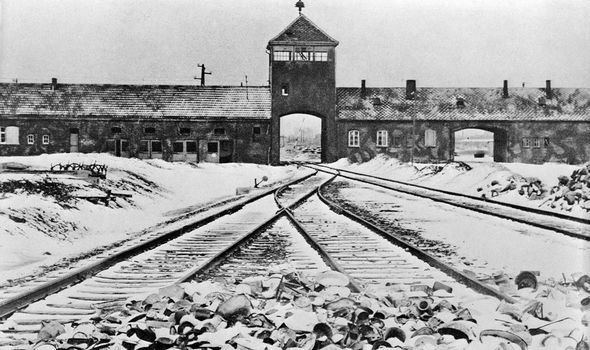 “Those rights were also given to every child born in Iran, and every young person whose life was cut short by this brutal regime.”

Last night NCRI president elect Maryam Rajani said: “We started this journey on June 20, 1981 when the Iranian Resistance’s Leader Massoud Rajavi forged a deep-rooted and resolute resistance against the religious dictatorship of the mullahs.

“Now, Ashraf 3 stands tall along this long journey, a journey that has had many new beginnings and revivals throughout. On this path, we endured ten years of blood-drenched perseverance at the besieged Camp Ashraf and another four years full of determination at a slaughter house called Camp Liberty (in Iraq).

“This marks another chapter in a great march towards freedom, towards a free Iran, towards a glorious destination, of course after undergoing enormous suffering and dedicating a roaring river of the martyrs’ blood.”

Leonardo DiCaprio Shares Photo of Once Upon A Time In Hollywood