Home » World News » Isaias weakens to tropical storm in Bahamas, expected to strengthen as it heads toward Florida

Isaias weakened to a tropical storm Saturday as it hit the Bahamas en route toward Florida.

The storm could strengthen as it approaches the Sunshine State, and local authorities have warned residents to make preparations for a weather event amid the coronavirus pandemic.

“The most important thing we want people to do now is remain vigilant,” Florida Gov. Ron DeSantis said, according to The Associated Press.

The storm had maximum sustained winds of 75 miles per hour Saturday afternoon, marking a decline from earlier in the day, the U.S. National Hurricane Center said. It is expected to regain momentum, however, as it passes over warmer waters.

The center of the storm is predicted to hit the southeast coast of Florida on Sunday morning and could remain until Monday before dissipating. 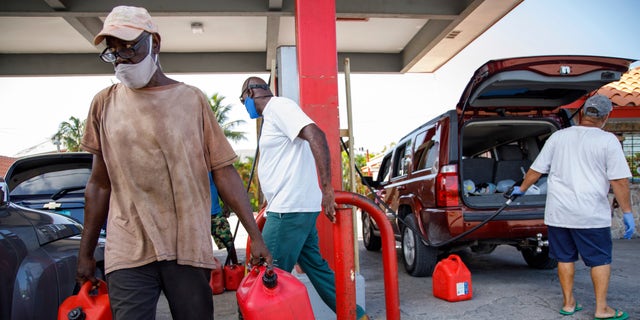 He also urged locals to have a contingency plan in case the storm is more intense than expected, CBS 4 reported. He added that 20 evacuation centers will be made available if necessary and said officials will continue to keep track of the storm's path. 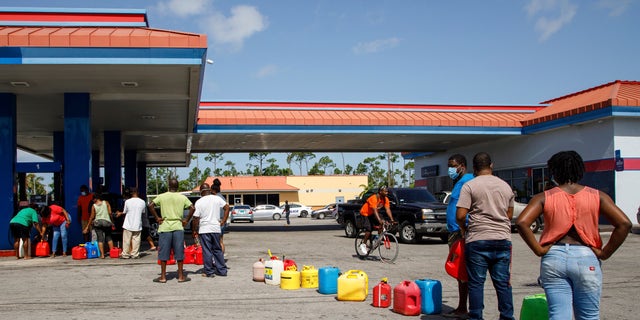 Residents wait in line to fill their containers with gasoline before the arrival of Hurricane Isaias in Freeport, Grand Bahama, Bahamas, Friday, July 31, 2020. (AP Photo/Tim Aylen)

“There’s still a lot of uncertainty about the track and we will continue to issue updates," he said. "So to reiterate, we have 20 evacuation centers on standby. They’re not open. Should we need to open them and we will have them set up with COVID-19 safety measures. It’s really too early to tell yet, so we are closely monitoring the situation."

The governors of North Carolina and Virginia both declared a state of emergency as well. The storm was expected to hit North Carolina on Monday, Gov. Roy Cooper told reporters during a Friday news conference.

Virginia Gov. Ralph Northam said the storm was expected to affect the coastal areas of the state and that he activated the state of the emergency response as a precaution. 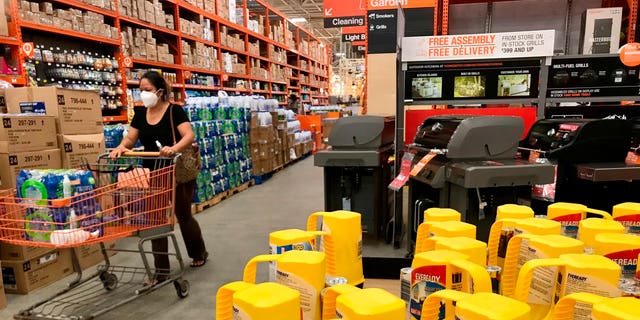 Home Depot aisles are stocked with hurricane supplies as Hurricane Isaias approaches South Florida on Friday, July 31, 2020 in Boynton Beach, Fla. Isaias is forecasted to stay east of the coast but it will bring winds and possible coasting flooding. (Amy Beth Bennett/South Florida Sun-Sentinel via AP) 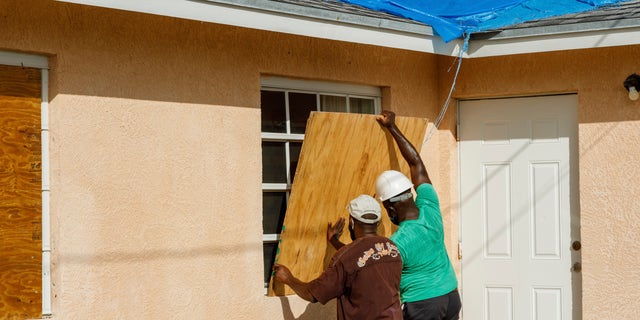 Residents cover a window with plywood in preparation for the arrival of Hurricane Isaias, in the Heritage neighborhood of Freeport, Grand Bahama, Bahamas, Friday, July 31, 2020. (AP Photo/Tim Aylen)

DeSantis said 12 counties have adopted states of emergency, but no immediate evacuation orders have been issued. He also said hospitals will not be evacuated, coronavirus patients included, according to The AP.

The ‘OITNB’ Book Ending Is *Way* Different From The Netflix Show