Women make better recruiters for ISIS and far-right terror groups ‘because of their empathy and soft approach’, study finds

Terror groups prefer to use women to groom potential new members on social media because of their ’empathy and soft approach’, researchers found.

Both Islamist organisations such as ISIS, and far-right terrorists, use women to target vulnerable individuals on social media, radicalise them and persuade them to join their ’cause’.

Research carried out on behalf of Facebook found that ISIS in particular had successfully used this tactic. 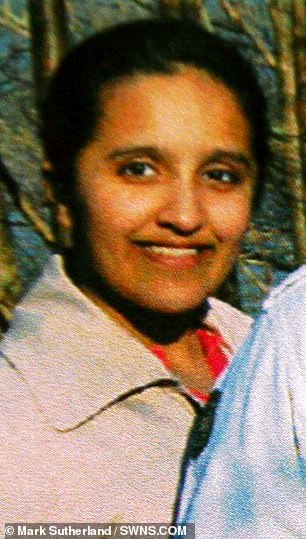 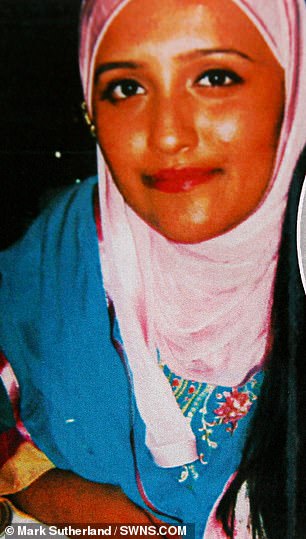 British ‘ISIS wife’ Aqsa Mahmood,  from Glasgow, is one such woman recruiter, who is known to have urged British Muslims to join the terror organisation in Syria on social media platforms

‘They [women terrorists] put in the hours . . . That’s when radicalisation works best,’ Erin Saltman, lead manager of counterterrorism policy at Facebook, said according to The Times.

‘They’re very good at recruitment because it’s a very human process — they’re playing on grievances with world problems and offer membership to an extremist group as the solution.

‘That’s what is being sold and women are very good at those dialogues.’

Several British women who are known to have left the country to join ISIS in Syria in recent years have been actively trying to recruit others using social media.

Aqsa Mahmood, from Glasgow, Scotland, went to Syria to marry an ISIS fighter aged 20 in 2014, having been radicalised online. 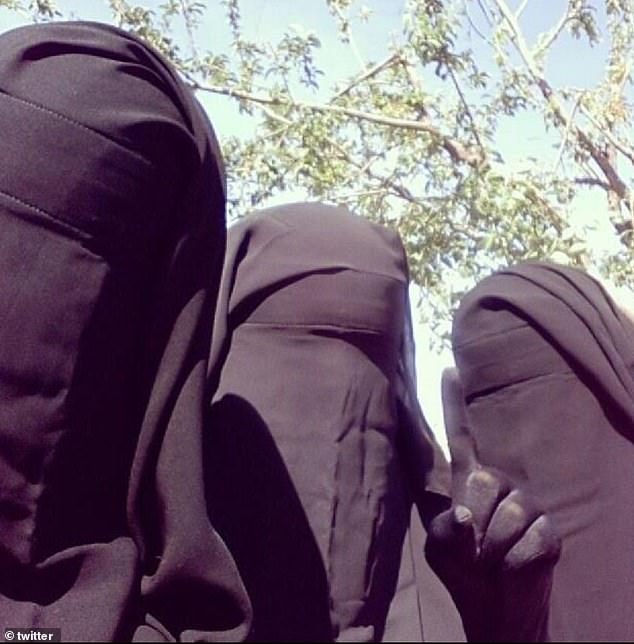 Propaganda: This photo was posted by Mahmood from ISIS’s so-called caliphate in Syria as part of her online recruitment campaign 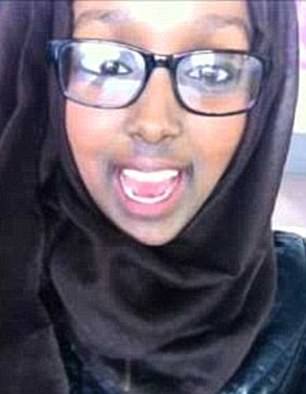 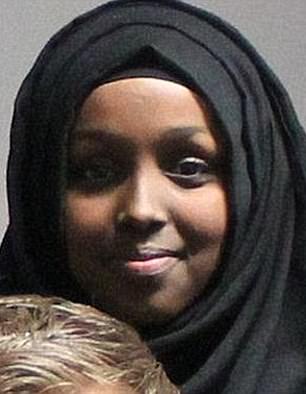 Terror twins: Zahra and Salma Halane, from Manchester, left the UK shortly after finishing sixth form in 2014, and became ISIS wives in Syria

Once in Syria, Mahmood began tweeting jihadist propaganda in a bid to lure other young British Muslims to join the brutal regime.

Calling herself Umm Layth, Mahmood would post pictures of herself and other foreign ISIS-wives, covered in black from head to toe, and write about their ‘happy’ lives in the so-called caliphate.

Salma and Zahra Halane, known as the ‘terror twins’, left Manchester in June 2014 to join ISIS, and are then said to have been painting a romanticised image of life in Syria on social media.

They are said to have been radicalised over the internet themselves.

In October 2015 it emerged that they had been trying to encourage others to join ISIS.

One message, sent by Zahra to encourage her two younger brothers to sign up as ‘future mujaheddin’, read: ‘We might seem evil to you, but we will all be happy in jannah [the afterlife].

‘Are you coming to Dawlah [ISIS]? They will train you up. You will meet boys from England, China, Ireland, Sweden, FROM EVERYWHERE. Want to see my Kalash [Kalashnikov]?? Ha ha ha.’

Prince Street Pizza owners step down amid allegations of racism

Remembrance Day ceremonies could be limited to 'short, focused' events