In chilling echoes of recent attacks using the same simple but deadly method in London, Nice, Barcelona and Berlin, the extremists have released a photo of a jihadi with a blood-stained mini-van in the foreground. 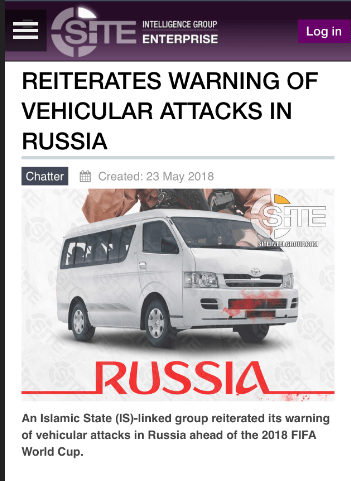 Another poster encourages fighters to attack the tournament – using guns, knives, explosives, as well as vehicles.

Another shows Fifa president Gianni Infantino dressed in an orange boiler suit kneeling in front of an ISIS fighter.

With ISIS all but defeated in Iraq and Syria, many Russian fighters have returned home with orders to carry out attacks in their homeland. 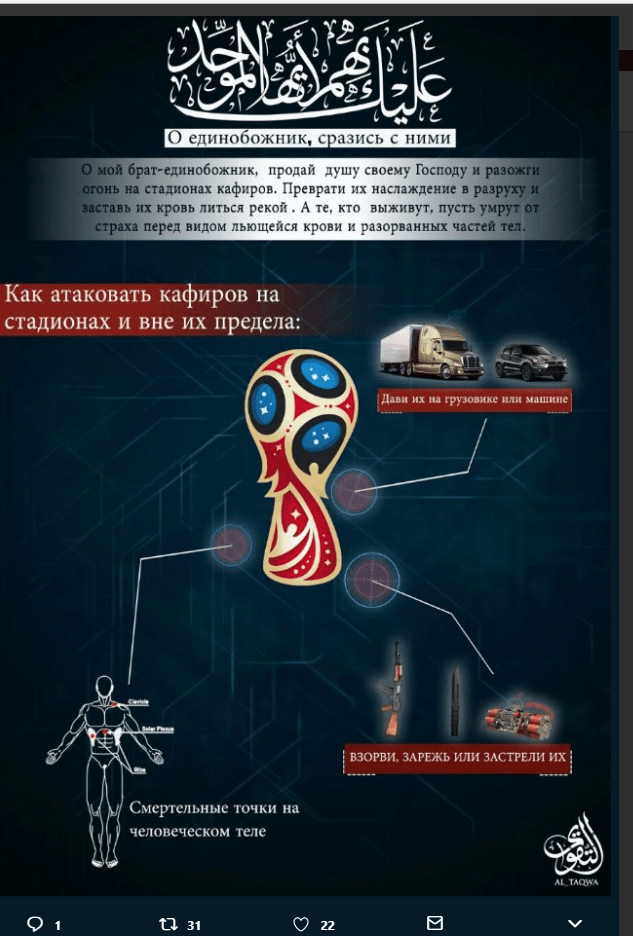 And the World Cup, which kicks off next month, has been singled out as a high profile target by ISIS warlords.

Security analysts around the world are predicting some kind of attack at the showpiece tournament – that begins next month.

“The main one, as with the rest of Russia, comes from lone actors with low capabilities. 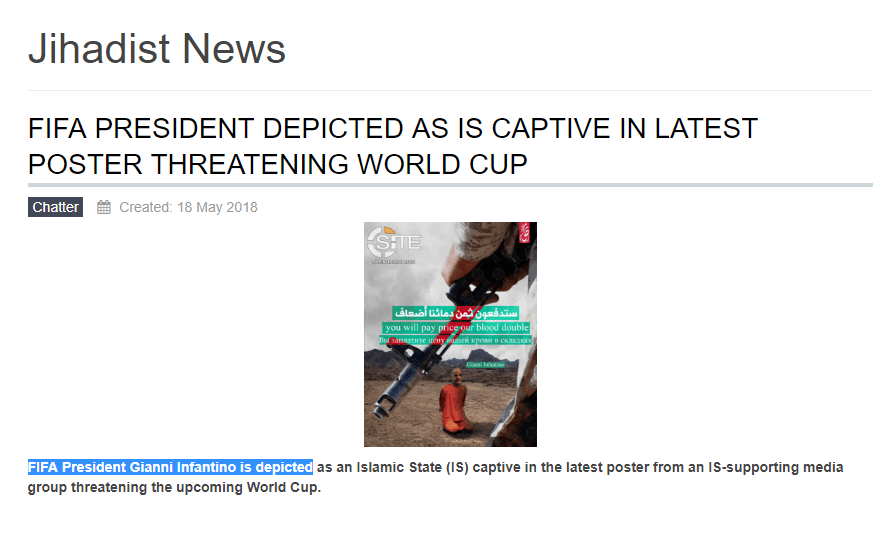 “Tactics will likely include knives and vehicle attacks targeting fans visiting games or the surrounding areas.

“Aspirational targets will include match day stadia, particularly in Moscow and St Petersburg – the two cities that will have the largest concentration of foreign visitors, with Moscow hosting the key fixtures of the World Cup, including the final and the opening fixture.

“Sochi and Volgograd are two other cities at heightened risk due to their proximity to the North Caucasus region meaning they are logistically viable cities for militants to stage attacks.”

ISIS has already issued a number of threats to carry out a terror campaign during the World Cup. 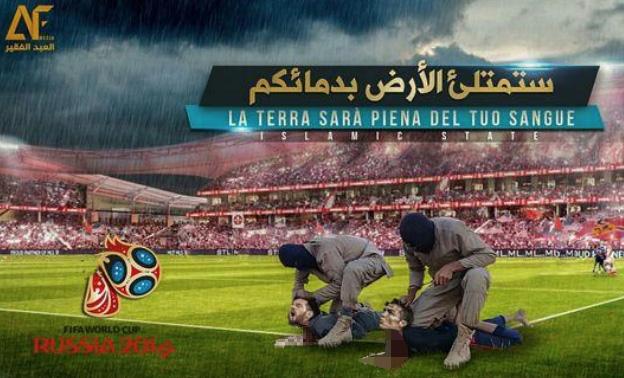 Recently it issued a threat to target two of the world’s best footballers, Lionel Messi and Cristano Ronaldo.

Argentina’s Messi and Portugal’s Ronaldo were pictured in mocked up photos being pinned to the ground with their heads being hacked off.

Captioned “Your blood will fill the ground”, the poster shows two terrorists in balaclavas and grey jumpsuits crouched over Messi and Ronaldo.

Other propaganda posters show ISIS threatening “we will be there” in front of a picture of the World Cup logo.

Pictured: British family at the heart of coronavirus outbreak