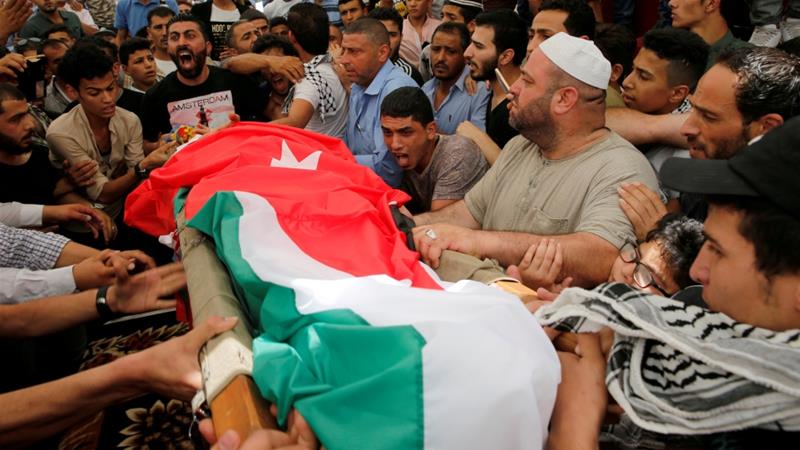 The guard, identified as “Ziv”, shot two Jordanians in a residential building in the heavily fortified Israeli embassy compound in Jordan’s capital in July 2017.

The two victims were 17-year-old Jordanian Mohammed al-Jawawdeh, and Bashar Hamarneh, the owner of a property rented out to the Israeli embassy in Amman.

Mohammed was supposed to deliver and install a bedroom set at the embassy residence that had been ordered by the Israeli embassy through Hamarneh.

The Israeli government has pledged to follow up on legal proceedings and compensate the victims’ families, Jordan’s foreign ministry said in a statement on Thursday.

Full operations at the embassy will resume immediately, a statement from the office of Israeli Prime Minister Benjamin Netanyahu confirmed.

“Israel attaches great importance to its strategic relations with Jordan, and the two countries will act to advance their cooperation and to strengthen the peace treaty between them,” the statement on Thursday read.

In its letter to Jordan, Israel also offered an apology for the death of a Jordanian judge, Raed Zeiter, in 2014.

Zeiter was shot by Israeli soldiers at a West Bank border crossing.

Tensions between the two countries rose last summer after Israel installed metal detectors around the al-Aqsa Mosque in Jerusalem.

Thousands of Jordanians took to the streets of Amman to denounce the Israeli measures at the al-Haram al-Sharif. The incident at the embassy came amid the tensions in Jerusalem.

Jordan is the official custodian of Muslim holy sites in Jerusalem. It called an urgent meeting for Arab foreign ministers to discuss the situation.

King Hussein of Jordan: On A Knife Edge

A Third Royal Wedding: Every Detail We Know About Charlotte Casiraghi's Engagement

Tokyo Olympics: NBC Coverage to Kick Off With Live AM Opening Ceremony