Benjamin Netanyahu is poised for a historic fifth term as Israel’s prime minister, but intense political battles may lie ahead.

The incumbent’s main rival, Benny Gantz, has conceded defeat after Tuesday’s election – but has vowed to make “life hell” in opposition.

With more than 99% of votes counted, Mr Netanyahu’s Likud Party looks like it will be able to muster enough support to control 65 of the Knesset’s 120 seats – and be named as the head of the next coalition government. 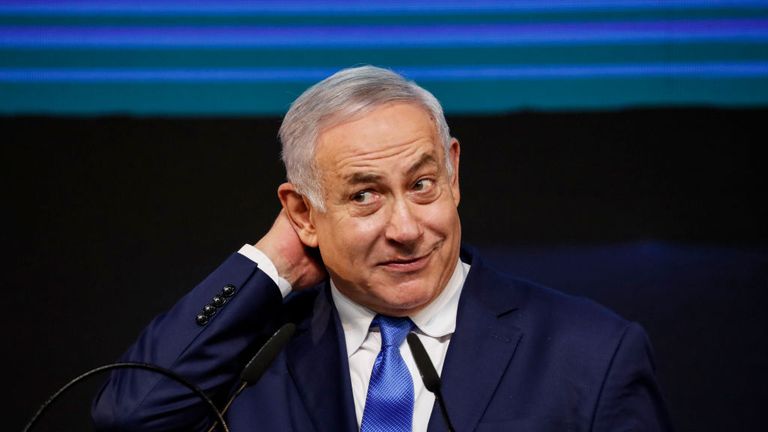 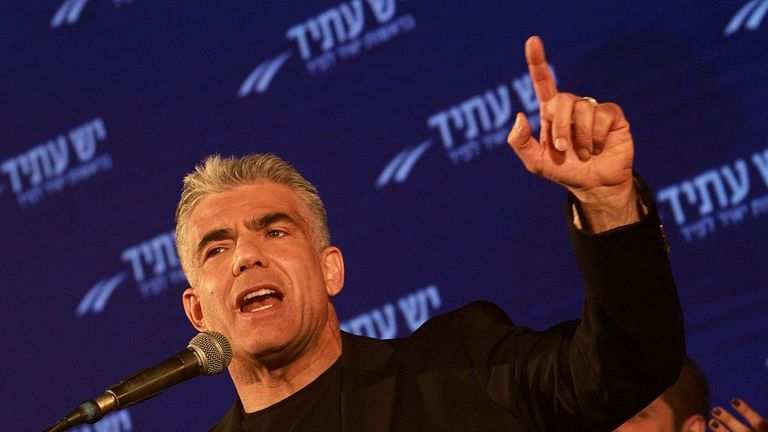 Yair Lapid, a senior official in the rival Blue and White Party, said: “We didn’t win in this round. We will make Likud’s life hell in the opposition.”

He also vowed to “show the people of Israel what a real alternative looks like”.

Mr Netanyahu’s campaign has focused on his strong relationship with Donald Trump and his success in fostering ties with new allies such as China, India and Brazil. 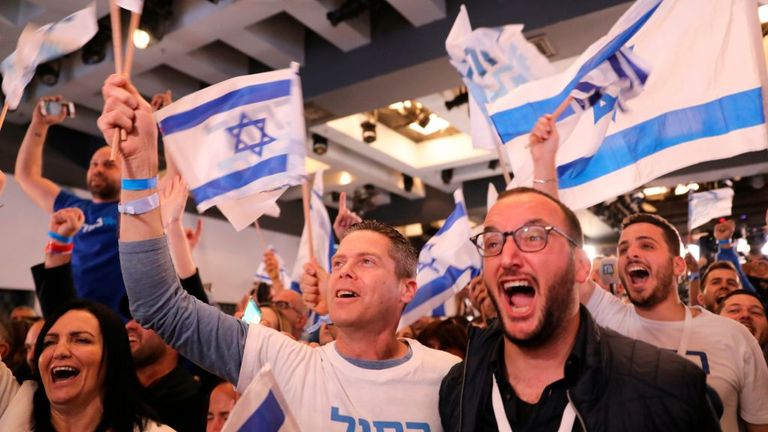 The US president phoned Mr Netanyahu to offer his congratulations from Air Force One, with the newly elected prime minister saying that he thanked his American ally for his “tremendous support for Israel”.

Speaking to reporters, Mr Trump said the re-election improves the chances of peace between Israel and the Palestinians, adding: “He’s been a great ally and he’s a friend. I’d like to congratulate him on a well-thought-out race.”

The election victory is set to give Mr Netanyahu an important boost as he braces for the likelihood of criminal charges in a series of corruption scandals.

Israel potentially now faces weeks of political negotiations over the composition of a ruling coalition. 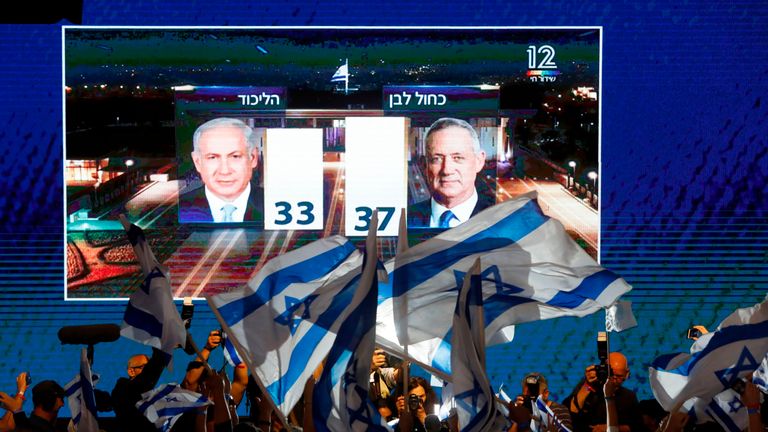 President Reuven Rivlin will consult with party representatives next week before picking the candidate with the best chance of assembling a parliamentary majority.

For the first time, these discussions are going to be broadcast live on television “in the name of transparency”.

This would be Mr Netanyahu’s fourth consecutive term and his fifth overall – and this summer, the 69-year-old could become the country’s longest-serving leader.

Reuven Hazan, a political scientist from Jerusalem’s Hebrew University, said: “This is a clear beginning of Netanyahu’s fifth term, but his fifth term might end up being his shortest one.

“In another year, we might be in a battle for either leadership of the Likud or another election.”

Money launderer caught with £250,000 cash in his car has been jailed

Rick and Morty season 4, episode 9: How to watch next episode online