Italy’s Interior Minister Matteo Salvini has called for a census of the Roma community in order to find and deport anyone staying in the country illegally.

The leader of the far-right League party said his government ministry was looking at ‘the Roma question’ and wanted to see ‘who, and how many’ there were.

‘Unfortunately we will have to keep the Italian Roma because we can’t expel them,’ Salvini told TV station Telelombardia. 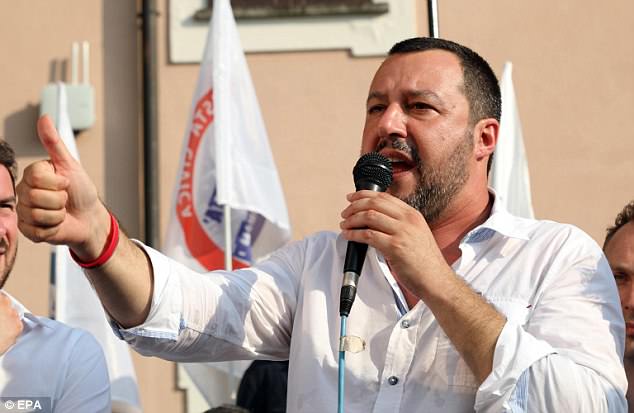 Shocking: Matteo Salvini, the leader of the far-right League party, called for a census on the Roma community and said ‘unfortunately we will have to keep the Italian Roma because we can’t expel them.’

His plans have been met with resistance from fellow government politicians, with Luigi Di Maio, the leader of Salvini’s coalition partner the Five Star Movement, calling it ‘unconstitutional’.

‘You can work for security and respect for rules without becoming fascist,’ tweeted Democratic lawmaker Ettore Rosato.

‘The announced census of Roma is vulgar and demagogical.’

Tens of thousands of Roma, also known as ‘Romani’ or ‘gypsies’, live across Italy, many in squalid shantytowns on the outskirts of major cities and on the fringes of society. 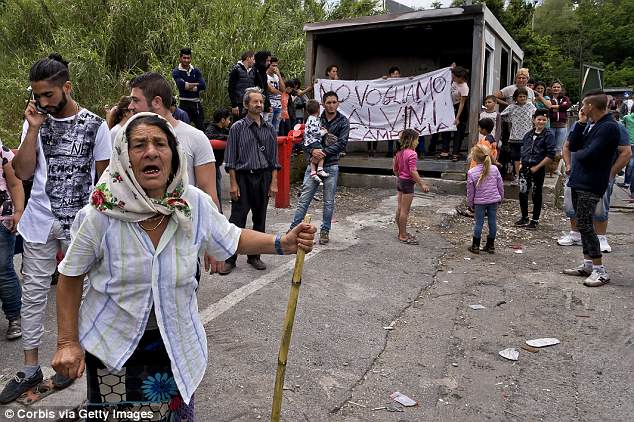 Anger: Roma people protest as Salvini arrive in a camp on the outskirts of Rome in May

Later on Monday, Salvini appeared to backtrack, and released a statement saying the government had no intention of setting up a separate archive for the Roma or taking finger prints.

The statement added that the government wanted to protect Roma children who were barred from going to local schools by their parents, and to check how EU funds aimed at helping marginalised communities were being spent.

This comes just a week after Salvini set off a storm in Europe last week when he refused to let a charity ship carrying more than 600 mainly African migrants dock in Italy.

Spain eventually took in the boat, with Salvini saying Italy would no longer automatically take in boat migrants, who have used Libya as a springboard in recent years to seek a richer, safer life in Europe.

Salvini, whose League party scored huge gains in March 4 elections on its xenophobic platform, has vowed mass expulsions of migrants.

Sounds Like A$AP Rocky & Rihanna Will Be Having More Kids As Soon As Possible! He's Even Dropping Hints!