Rome: Italy's populist parties asked for more time to form a government on Monday as they thrashed out a spending plan that would cost the country more than €100 billion ($158 billion) and set it on a collision course with the EU.

Luigi Di Maio, the head of the Five Star Movement, and Matteo Salvini, the leader of The League, met President Sergio Mattarella in Rome. 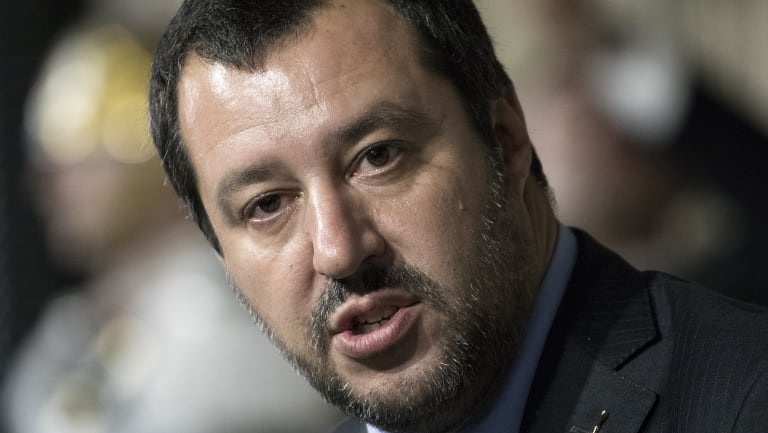 Matteo Salvini, leader of the eurosceptic party League, speaks during a news conference following a meeting with Italy’s President Sergio Mattarella at the Quirinale Palace in Rome, Italy.

After the talks, Mr Di Maio said they were asking for "a few more days" in order to fine-tune policies and reach a deal. "We asked the president for more time to make a contract for government," Mr Di Maio said.

The details of the accord with The League would be put to an online vote by members of the Five Star Movement, suggesting that the process of forming the government could drag on even longer after an inconclusive general election on March 4.

The League's leader admitted that there was "notable distance" between the parties, particularly on immigration. Mr Salvini has pledged to expel hundreds of thousands of migrants who have had their asylum applications turned down after crossing the Mediterranean from Libya. He said the two parties were "working day and night" to try to reach an accord.

Both Mr Di Maio, 31, and Mr Salvini, 45, had claimed the right to become prime minister but with neither willing to compromise, they are expected to nominate a mutually acceptable neutral figure as the next prime minister.

There was speculation that the top job could be offered to Giulio Sapelli, an economist and university professor, or Giuseppe Conte, a law professor at Florence University. The anti-establishment, Eurosceptic parties are hoping to break two months of political deadlock that followed the general election, when Five Star won 33 per cent of the vote and The League, as part of a centre-Right coalition that has since unravelled, won 37 per cent.

If a coalition government is formed, the stage will be set for a showdown with Brussels for exceeding the three per cent budget deficit ceiling after the parties put forward a package of tax cuts and social welfare spending increases that could cost €104 billion.

Five Star wants to introduce a universal minimum income, costing some €17 billion a year. The League promises to cut taxes to a flat rate of 15 per cent, costing €60 billion. 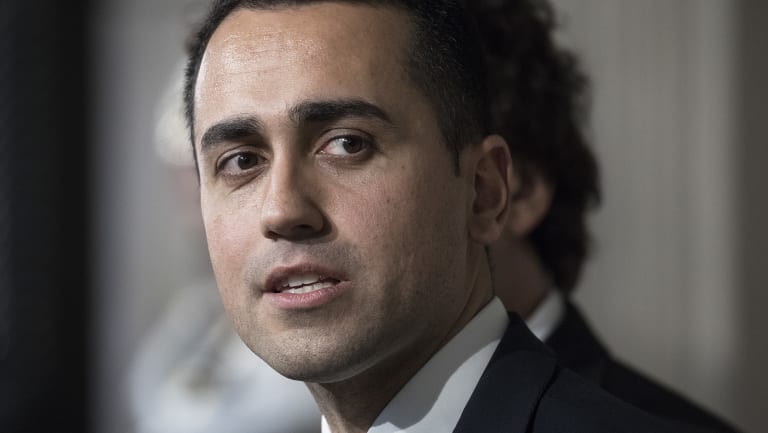 Luigi Di Maio, leader of the Five Star Movement, speaks at a news conference following a meeting with Italy’s President Sergio Mattarella at the Quirinale Palace in Rome, Italy.

They also want to scrap a 2011 pension reform and lower the age at which Italians can retire, costing around €15 billion. Finally, a further €12 billion would be needed to head off a rise in sales tax due next year.

"If implemented, it would be the biggest shake-up of the Italian economic system in modern times," Wolfgang Munchau, head of the Eurointelligence think tank, told Reuters.

Italy has the highest debt levels in the Eurozone, second only to Greece. The alliance would be a huge challenge to Brussels and will be the first time a founding member of the European project has elected a populist government.

Friends thought I'd been BURNT because of skin condition which left my hating myself… but I cured it with a £4.99 cream

Bird-brained koala pops up at the wrong Christmas get-together

As Google makes its Pixel 5 even more affordable, there’s really bad news if you want one