Home » World News » It's time to scrap the £14bn we spend on foreign aid and sell artwork worth £3.5bn to start helping our elderly

If you ever stop to think about your future, or your parents’ future, if they are still around, what are your hopes? 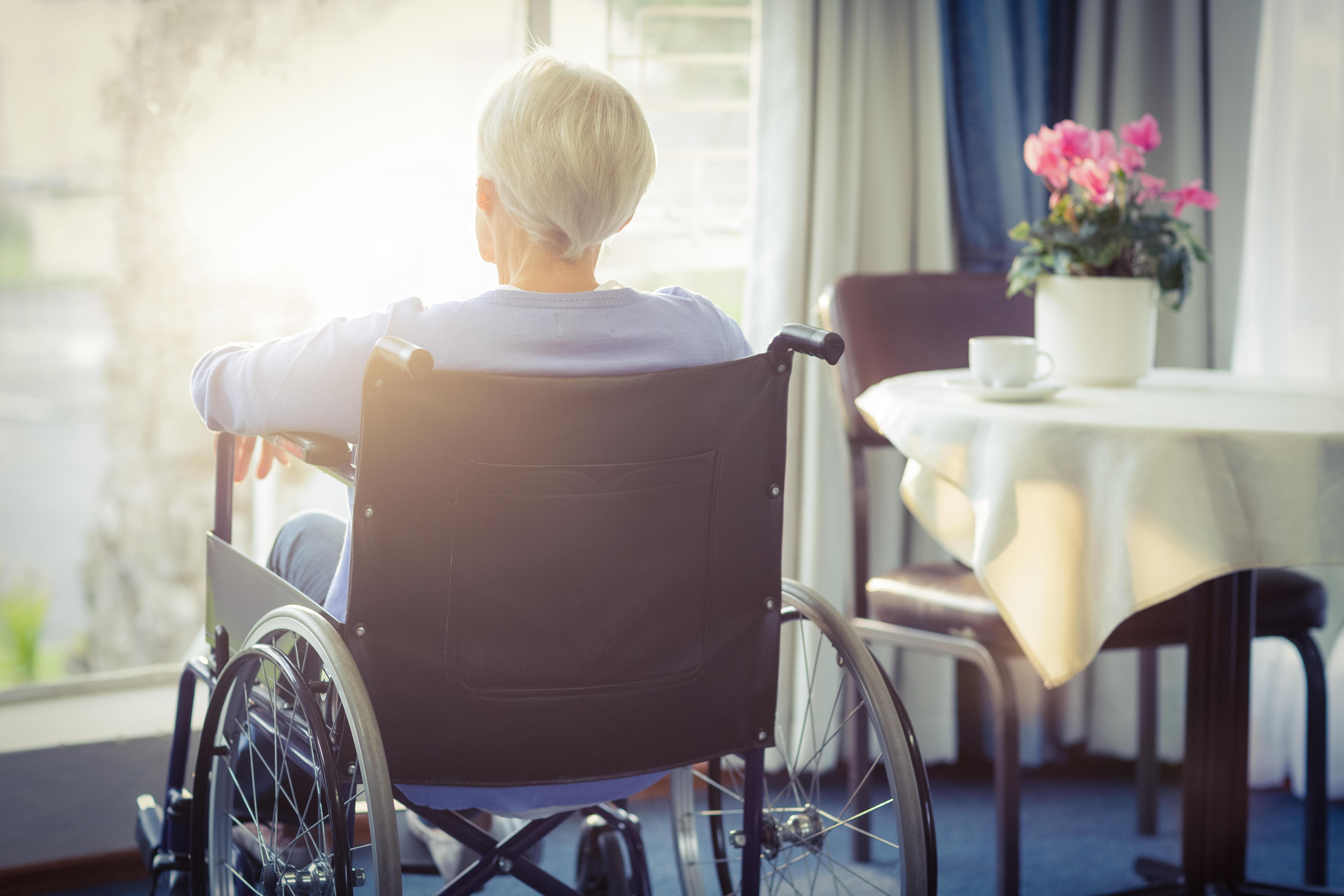 After a lifetime working, looking after a family and contributing to society, we all hope we will be looked after with dignity and respect in our twilight years.

In this country that’s becoming more and more of a pipe dream.

A report by Age UK reveals England’s care system is basically broken and lagging behind those in other major Western nations.

As a result, old people who need care are being forced to pay substantially more out of their own pockets compared to those living in France, Italy and Spain. 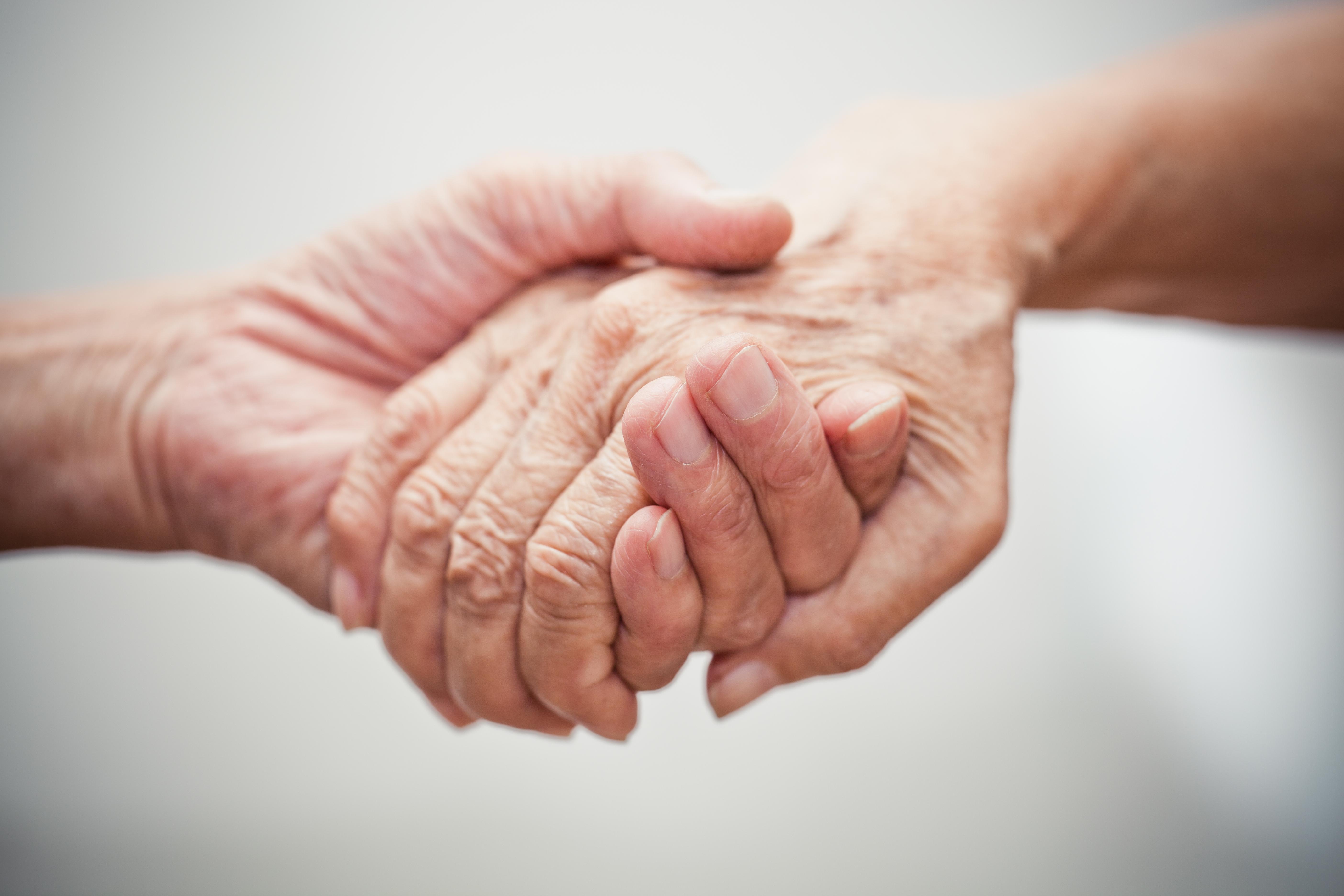 Our means-tested system — declared “harsh” by the report — sees adults having to pay for their own residential care if their savings or assets are worth more than £23,350.

Even those below this threshold usually have to make some sort of contribution.

As a result, thousands of families have to sell their homes every year.

The system is also unfair, with dementia patients forced to pay more than those with cancer or heart disease. The sad truth is our old people are being shoved to one side.

We don’t value them and we aren’t looking after them properly. Increasingly, old people are seen as a burden — because they are not productive any more.

It must be very difficult to go from being head of a family, in charge of your own decisions and relied upon by family members and colleagues, to find yourself living a life where no one is interested in you and you are considered a burden.

Gradually, you lose your sense of purpose and significance.

At the moment, you can expect eventually to be put in the corner waiting to die — while paying for the privilege.

The reality is that caring for people does not come cheap.

In an ideal world, we would look after our ageing parents at home but that is not always possible.

In the meantime, as we are living for longer, our social care system is under huge pressure. But successive governments have failed to reform it.

The Government’s social care green paper, scheduled for the autumn, is expected to list a number of ways social care should be funded and improved.

Changes could include making it compulsory to pay into an insurance scheme, introducing so-called “care ISAs”, and an unspecified cap on care costs.

But as the report warns, “an entire generation of older people have lost out” because ministers cannot agree on how to modernise the system. I think more radical changes are called for.

We should be able to afford universal elderly care and also respite for families of old people who need care.

It should be a priority. The big question, of course, is how to pay for it. 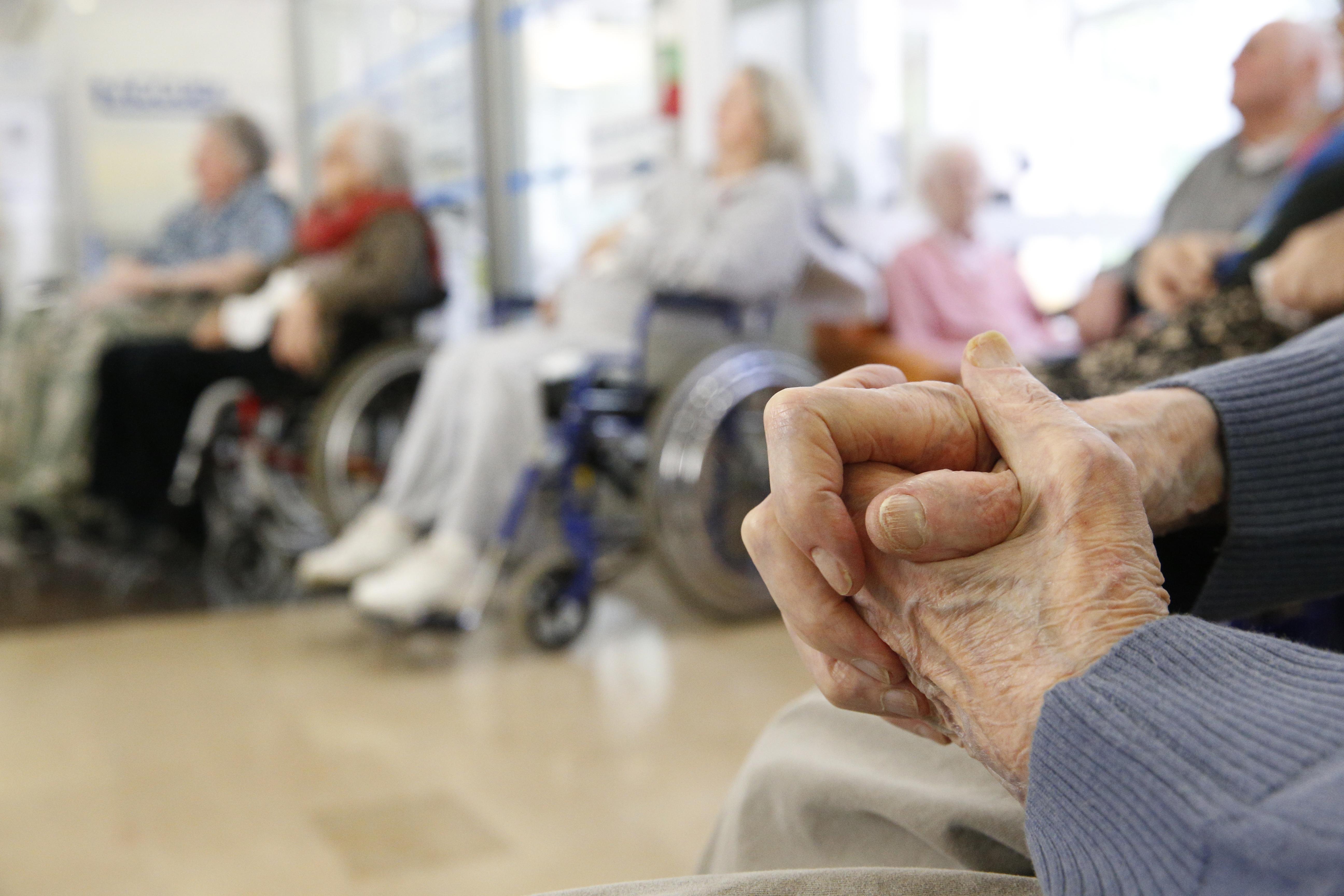 We need to stop wasting money and get our priorities right.

Given how much we are failing our old people, it is mind-boggling that we spend £14billion on foreign aid.

That needs to stop until we have looked after our own. We must think more strategically.

For example, the government owns artworks worth at least £3.5billion yet less than three per cent of it is on display. We should sell it to raise funds to pay for social care.

We also need to streamline government and stop wasting money. The TaxPayers’ Alliance says enough money has been spent on “useless projects” over the past few years — including £19,000 on a “motivational magician” and £4.2million on cars for mayors — to effectively wipe out the nation’s budget deficit. We also need to think more efficiently.

Given how much we are failing our old people, it is mind-boggling that we spend £14billion on foreign aid

The Government could potentially save £112million if they used their offices better and made cutbacks — such as the £1.5million spent on unnecessary jobs linked to HS2.

These are just the tip of the iceberg and none of these changes would affect the UK at all.

And yet all would go towards helping those who arguably have given the most. 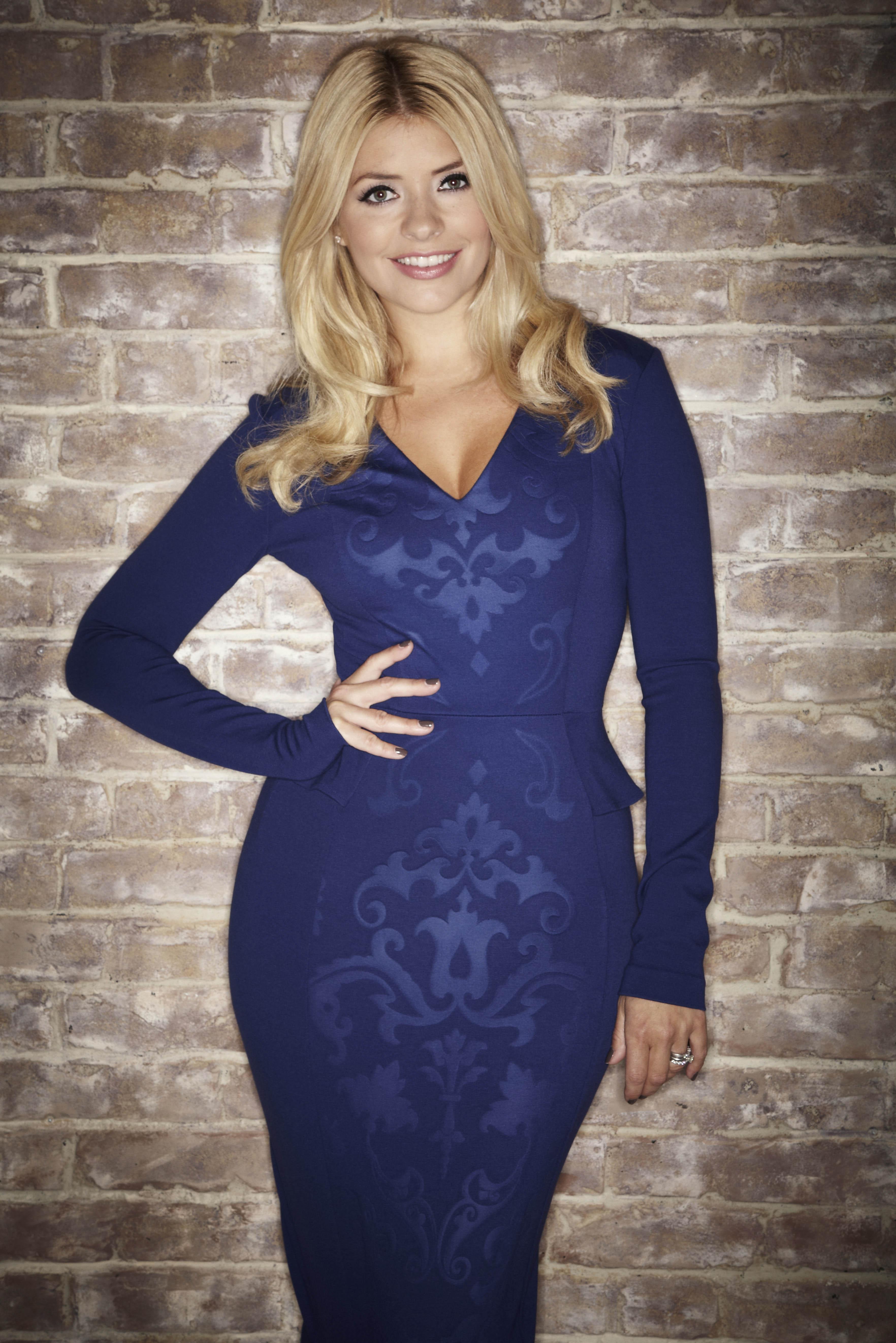 HUGE congrats to Holly Willoughby for landing the gig to co-host I’m A Celebrity in Australia.

No doubt she will be amazing. But is anyone else as agog as I am at the number of people asking what will happen to Holly’s three children while she is away?

I bet if her husband went on a business trip for a month no one would bat an eyelid.

And no one has been harrumphing that Dec will be neglecting his parental duties by leaving behind a newborn baby when he goes to Oz.

I guess it’s presumed that his wife will be doing her duty by allowing him to go to work.

Litter is worth more than a woman's life

THE indifference towards violence against women continues this week.

Robert Jenney, 30, was ordered to pay just £75 in compensation to Louise Reed, 27, who he attacked, knocking her out and leaving her face a mask of blood. 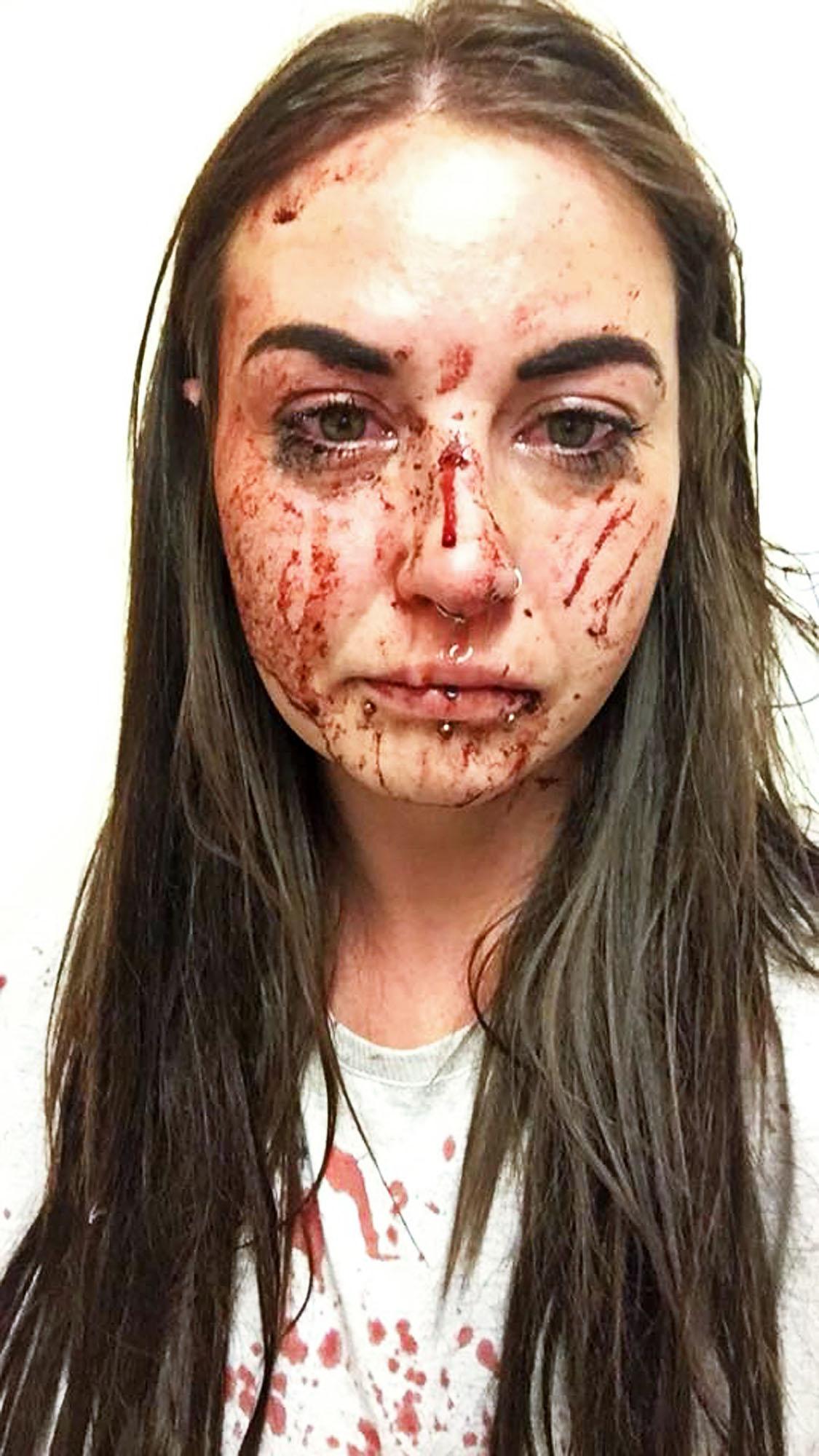 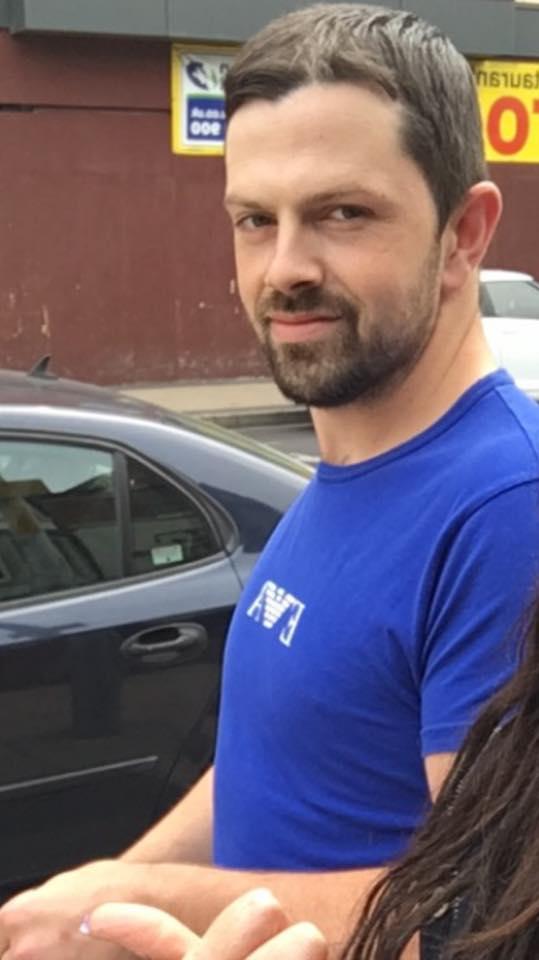 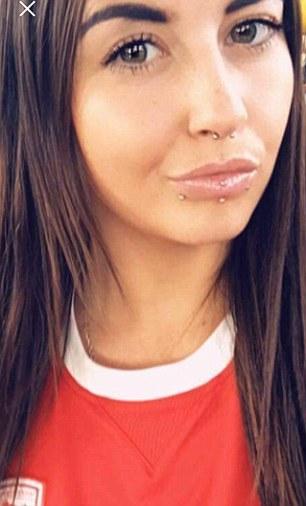 Still, magistrates in Middlesbrough decided that his “punishment” would be to pay her less than the fine for filing your tax return late, driving in a bus lane or dropping litter.

This is after he butted her and punched her, forcing her to escape, in fear of her life, through a window.

Something is wrong with the system.

The police cop a lot

DID you see the shocking footage of a young lout kicking a policeman in the back while he tried to arrest someone in an East London McDonald’s?

Young men openly attacking police feels like the beginning of a breakdown in society and we need to have a zero-tolerance position. 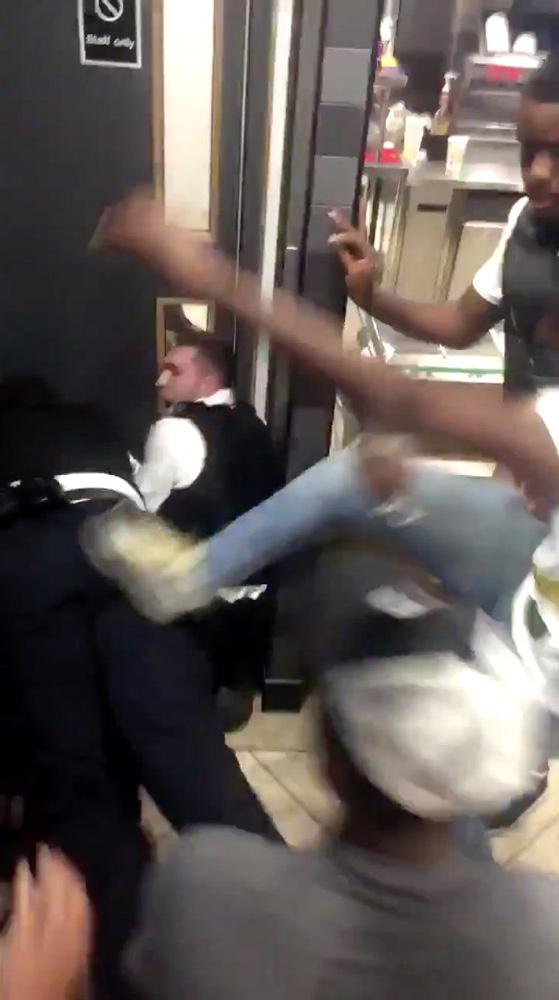 There should be an automatic prison sentence for anyone found guilty of attacking a police officer.

They are there for OUR protection, risking their lives to keep us safe.

When you get in trouble and you call 999 they come to your rescue, no matter what the circumstances – that’s their job.

They deserve not only our full respect, but also our protection.

ANY parent – any human being in fact – will be horrified by the NSPCC report that has found that one in 25 children of primary school age have been sent a nude photo by an adult. 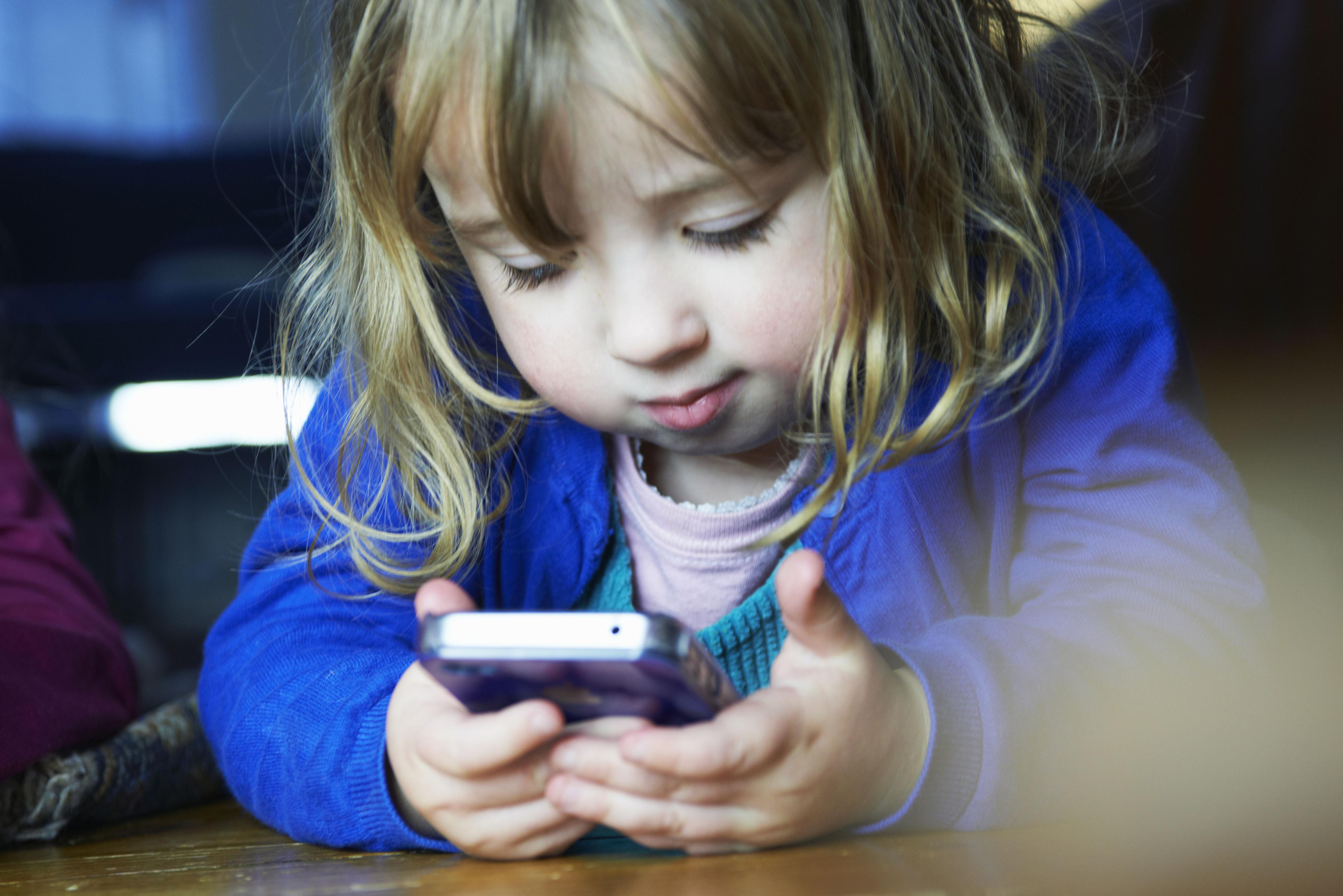 That is so terrifying that the temptation for many of us is probably to think about something else, quickly.

We can no longer live in denial of the realities of the world we are living in.

The report is a wake-up call and a reminder that we must all be more vigilant about monitoring our children’s online lives.

We also need to talk to them about the harsh realities that some grown-ups have the opposite of their best interests in mind.

A lot of grooming occurs via online games and, I guess, for predatory paedophiles online gaming is nothing more than a portal into kids’ bedrooms.

So we need to be the gatekeepers.

Keep computers in main rooms and don’t let children take their phones into their bedrooms.

Above all, keep channels of communication open so they can talk to you if anything happens that makes them uncomfortable or scared.

IF you like Die Hard, Taken and The Fast And The Furious, then you will love Final Score, which debuts on Sky Premiere and cinemas around the UK from Friday.

The film is about an ex-Army veteran, played by Dave Bautista, who must defend 35,000 people whose lives are at risk when terrorists take over West Ham’s former home Upton Park on the hunt for a former revolutionary leader (played by Pierce Brosnan) who is hiding in the crowd.

The star of the film is Amit Shah who plays Faisal, a hapless steward clearly out of his depth when it comes to dealing with violence, but boy does he have some funny lines.

It is action-packed, highly entertaining and a bloody good watch.

SO farewell, then, Aretha Franklin.

She was one of the greats and will be sorely missed by the whole world. 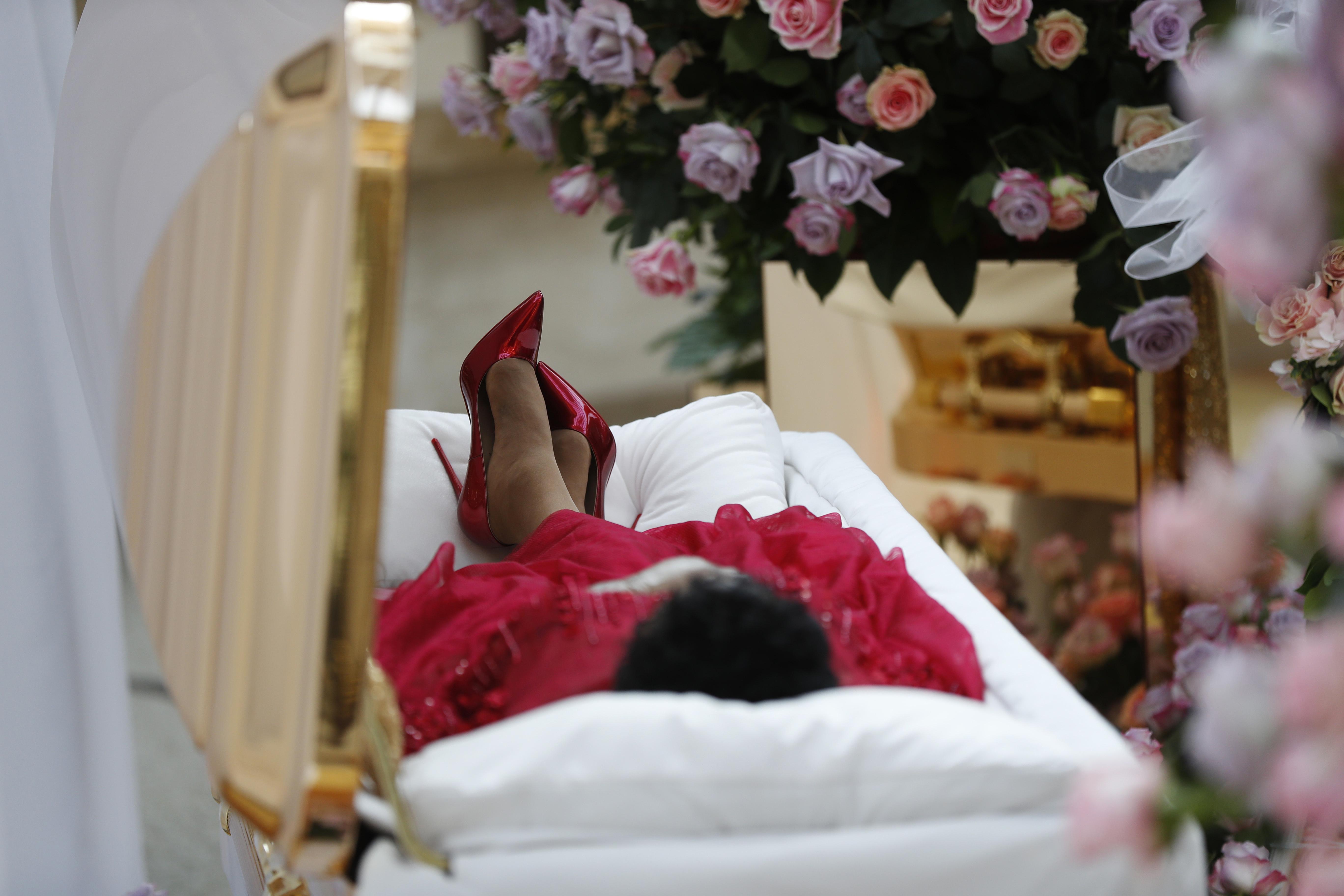 But am I the only one to find the fact that her body was dressed in a different outfit each day for the “viewing” process, in the run-up to her funeral on Friday, just a little bit . . . well, creepy?

HARD not to raise a brow at the news that singer John Legend would like another baby with wife Chrissy Teigen.

He is already dad to Luna, two, and Miles, three months – but he’d like another one, apparently. 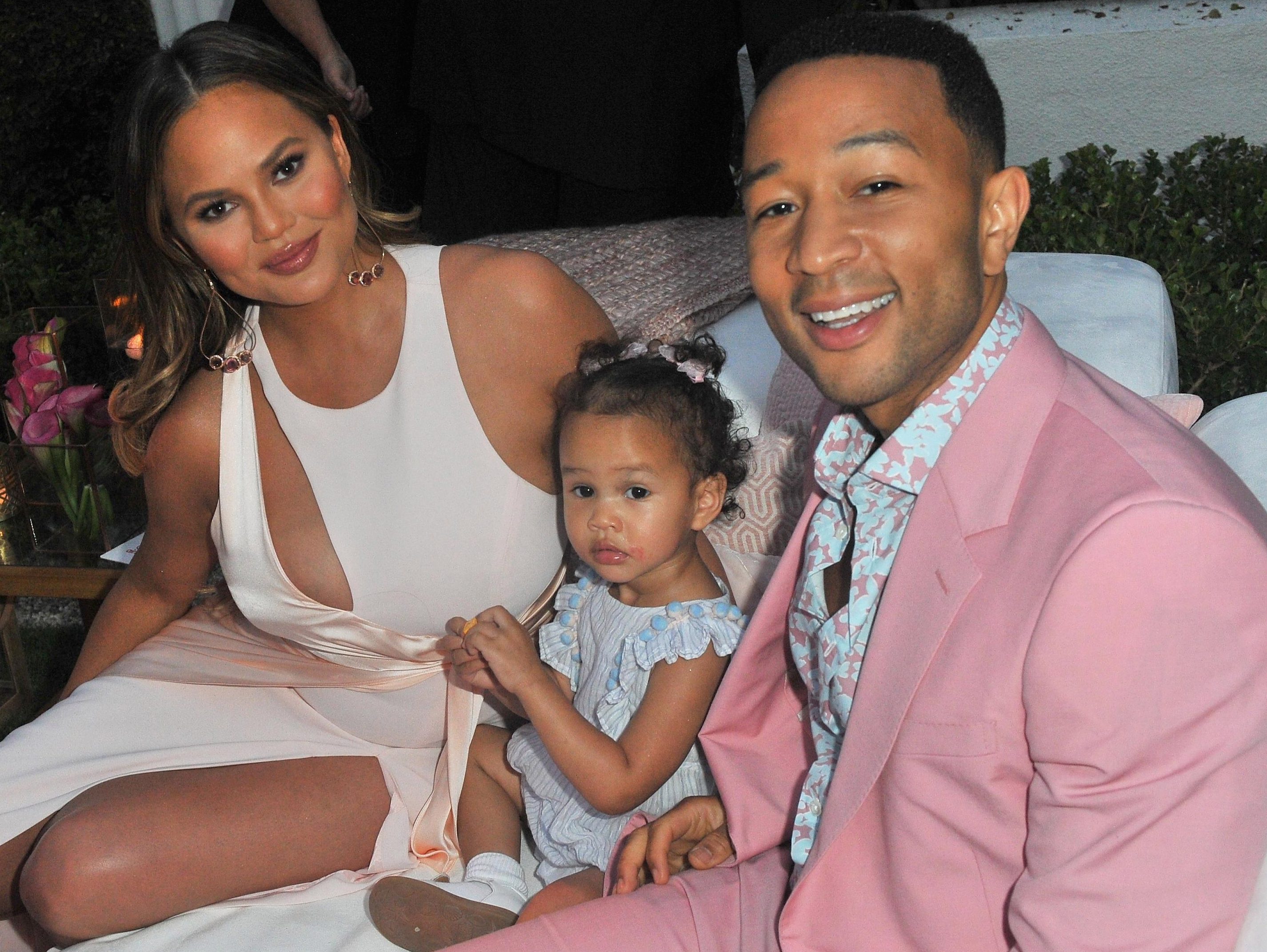 Well now, that’s easy for him to say – he’s not the one who’s actually “having” them.

China security law ‘could be end of Hong Kong’