Ivanka had converted to Judaism in order to marry into the Kushner family and the wedding reflected their Jewish faith. Women were given shawls when they arrived, Ivanka’s dress covered her shoulders and the sexes danced separately. A friend of the Trump family told author Vicky Ward that the future US President was taken aback by all this.

In her 2019 book ‘Kushner Inc’, Ms Ward wrote: “Ivanka’s wedding was a ‘shock’ to her father, according to a friend.

“Women were given shawls when they arrived, and Ivanka’s dress covered her shoulders in keeping with conservative Jewish tradition.

“The sexes were asked to dance separately several times that night.”

In fact, Mr Trump was apparently “baffled” and “discombobulated” that his daughter had converted at all. 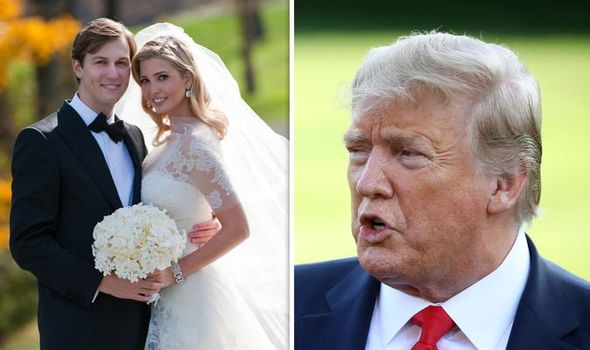 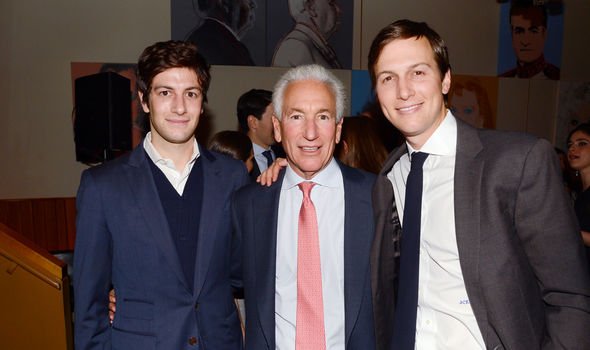 He apparently exclaimed to his future political aide Sam Nunberg: “Why should my daughter convert to marry anyone?”

It seems that Ivanka chose to convert in order to win the approval of Jared’s parents, Charlie and Seryl Kushner.

At first, they were “dismayed” that their favourite son Jared was considering marrying outside the faith.

This was a significant part of the reason the pair broke up for three months in 2008. 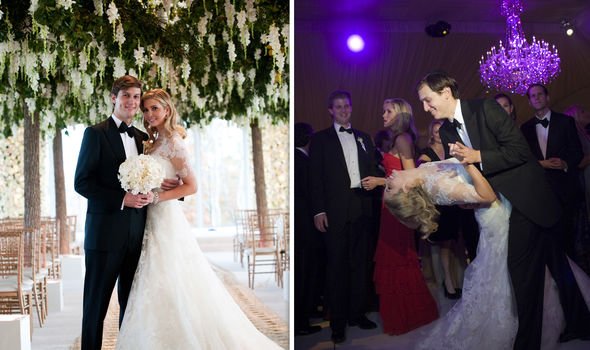 Ms Ward wrote: “The idea was particularly offensive to Seryl, who had raised the children.

“They were her world, and her world was the conservative Jewish culture she had grown up in.”

Despite being very close to Jared – as they were with all their children – Charlie and Seryl refused to even meet Ivanka.

However, after just a few months apart, Jared and Ivanka reunited after being invited on a boating holiday by Rupert Murdoch’s then-wife Wendi Deng Murdoch. 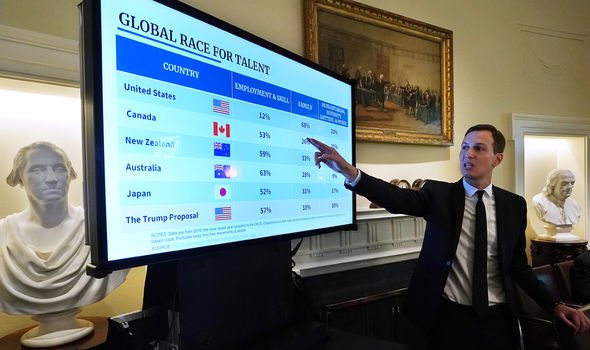 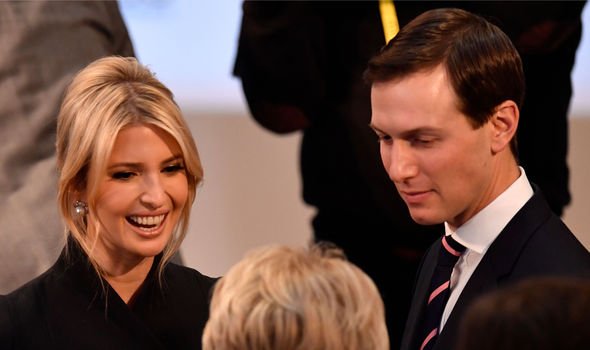 Neither had been told told the other would be there and Mrs Murdoch’s plan paid off as the pair rekindled their romance.

Soon after, Ivanka converted to Judaism under the instruction of Rabbi Haskel Lookstein.

He was the rabbi of Congregation Kehilath Jeshurun on New York’s Upper East side and was well-respected as a member of the Rabbinical Council of America.

Charlie apparently made the process “as challenging as possible” for Ivanka to test her devotion.

Despite this, Ivanka passed with flying colours and soon both Charlie and Seryl were “effusive” about her.

Charlie in particular took great delight in explaining to people that Ivanka “really wanted to be a Kushner”.

Ivanka and Jared were soon a power couple, working together in business and later in politics.

They are now both senior advisers to President Trump – Ivanka for women’s issues and Jared for strategic planning.

Their appointments in early 2017 led to accusations of nepotism and Ivanka being dubbed the First Daughter. 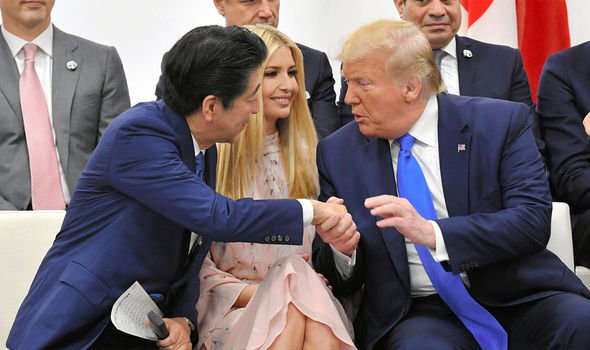 This is despite Mr Trump’s displeasure at Ivanka’s conversion and his condescending thoughts about Jared’s family.

He apparently thought Charlie – a fellow real estate tycoon – was “stupid” because in 2005 he was caught fudging his accounts and illegally paying politicians.

Jared allegedly also had doubts about his new father-in-law.

“A real estate executive recalled, ‘Jared would talk about his father-in-law like he’s one-of-a-kind. You know, roll his eyes.’”

What To Pack For A Summer Vacation, Because You’re Ready To Hit The Road ASAP