Ivanka Trump congratulated her husband, Jared Kushner, for making the cover to TIME magazine which looks into his White House role for US President Donald Trump. But the First Daughter opened Jared, 39, to a heap of abuse on social media. Twitter users were quick to comment on Jared’s jacket which was only done up with one button.

One Twitter user wrote: “Did he borrow that blazer from Ivanka Trump?”

Another added: “He looks like a character from the Shining. All lifeless and not quite right.”

A third said: “Looking a little stiff ain’t he? Where is that stick stuck?”

A fourth wrote: “He looks uncomfortable. I bet his waist is smaller than yours.” 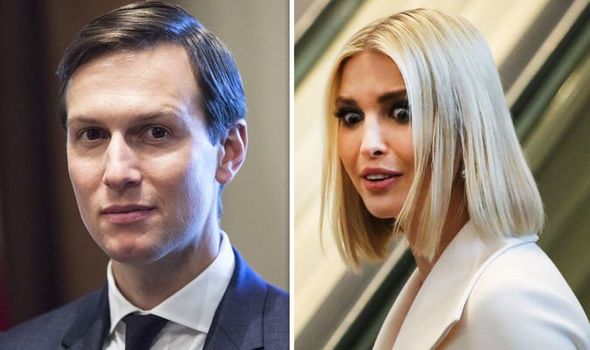 It comes as Ivanka was snubbed by Karlie Kloss on Project Runway in a “jaw-dropping” moment as the supermodel was shaded about her relationship with the Trumps which she has said before has been “hard”.

Ivanka was snubbed on an American fashion show when a contestant hit out at Karlie Kloss’ relationship with the senior adviser to US President Donald Trump.

On Project Runway, the contestant made a joke about Karlie Kloss wearing his outfit to “dinner with the Kushners”.

While other contestants gasped, Ms Kloss didn’t appear to be amused as she was stunned into silence before telling him to “keep it to the challenge”. 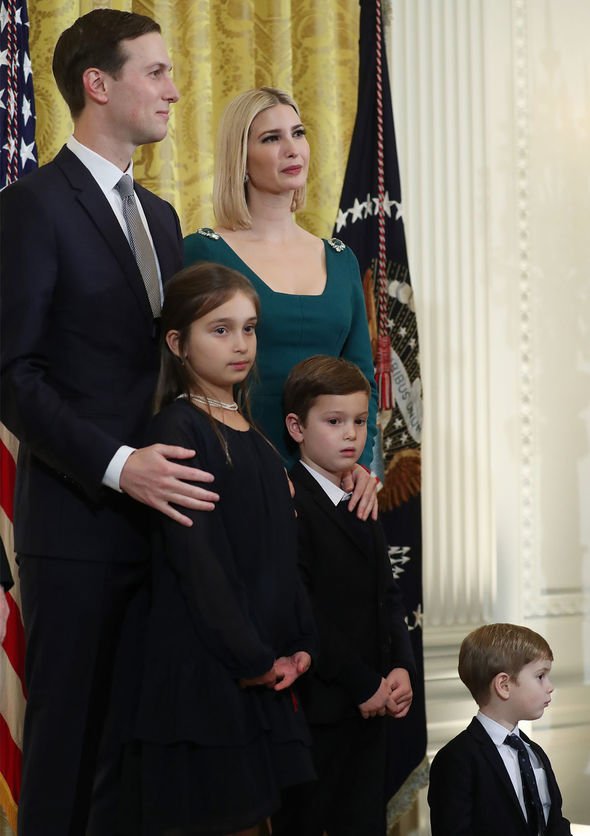 Ms Kloss, who is a Democrat, is married to Jared Kushner’s younger brother, Joshua Kushner.

“But I choose to focus on the values that I share with my husband, and those are the same liberal values that I was raised with and that have guided me throughout my life.”

The couple has tried to distance themselves from the Trumps but Ivanka has openly addressed their relationship on social media. 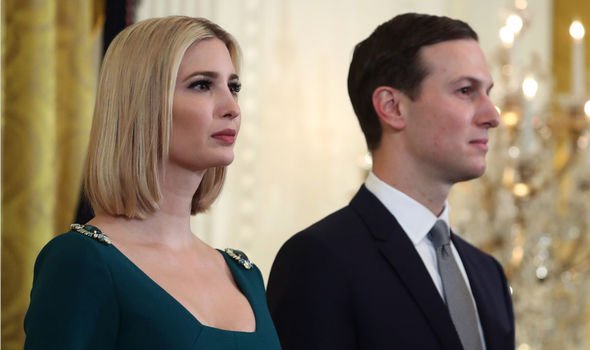 The First Daughter congratulated the couple on their engagement and said: “I feel blessed to have you as a sister.”

Ivanka also cheered on Ms Kloss as she became a host on Project Runway.

But Ms Kloss didn’t respond to the video whatsoever and doesn’t follow Ivanka back on the social media site.