WASHINGTON — A Donald Trump supporter who told jurors that he was "following presidential orders" when he stormed the U.S. Capitol on Jan. 6 was found guilty on Thursday after he admitted that he stole a coat rack and a bottle of liquor from the building.

Dustin Thompson, a 38-year-old Ohio man, testified during his trial that he got sucked into online conspiracy theories when he got laid off from his job at the start of the Covid pandemic, and said he was seeking Trump's “respect” and “approval” on Jan. 6. 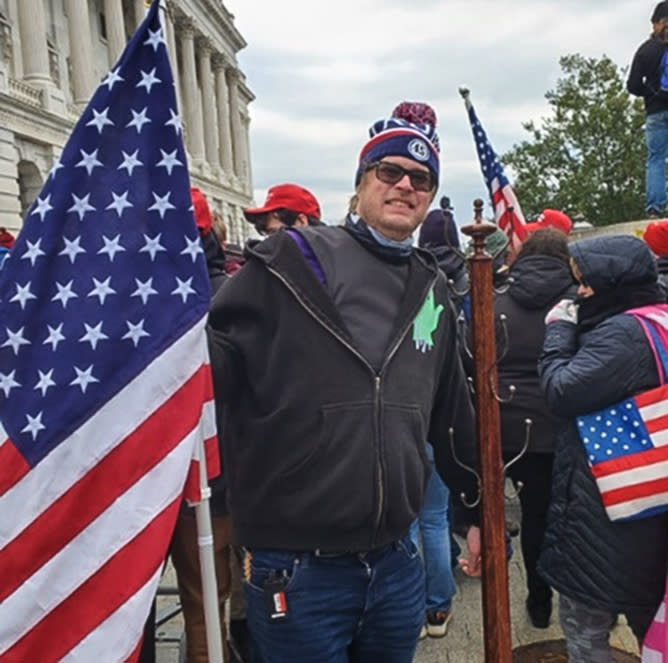 Thompson's attorney argued that “Donald Trump encouraged people like Dustin Thompson to storm the Capitol," and took advantage of "vulnerable" individuals like his client. A Justice Department prosecutor told jurors during closing arguments that the former president wasn't on trial, and that they shouldn't consider Trump's actions even if they think he's to blame for what happened on Jan. 6.

Thompson faced six charges, including obstruction of an official proceeding and theft of government property. He's one of nearly 800 defendants who have been charged in connection with the U.S. Capitol attack.

U.S. District Judge Reggie Walton ordered Thompson detained until his sentencing, even though the government didn’t request that he do so. Walton said he was convinced that Thompson lied on the stand, and showed that he was “weak-minded” and couldn’t be trusted.

After the verdict, the judge went on to criticize Trump.

“I think our democracy is in trouble because unfortunately we have charlatans like our former president who doesn't in my view really care about democracy but only about power," Walton said.

Thompson was the third Jan. 6 participant to be found guilty by a jury. Guy Reffitt, of Texas, and Thomas Robertson, of Virginia, were both convicted of all charges in their trials. Nearly 800 people have been charged in connection with the Jan. 6 attack on the U.S. Capitol, and more than 250 have pleaded guilty. Hundreds of additional Jan. 6 rioters have been identified to the FBI but have not yet been arrested.