A PUB boss has joked about using the tears of snowflakes to open more restaurants after being slammed for whining about lazy workers.

Craig Harker, 34, took to Facebook live on Tuesday to respond to trolls after posting a no-nonsense job ad for positions at The George Bar and Grill in Stockton. 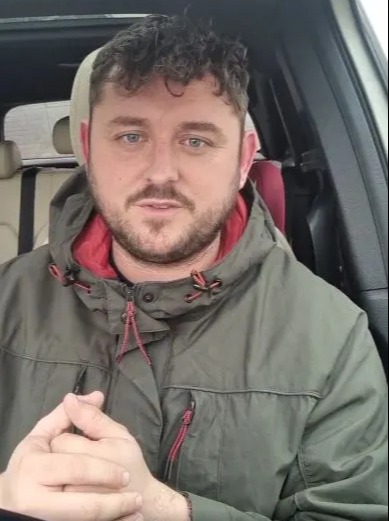 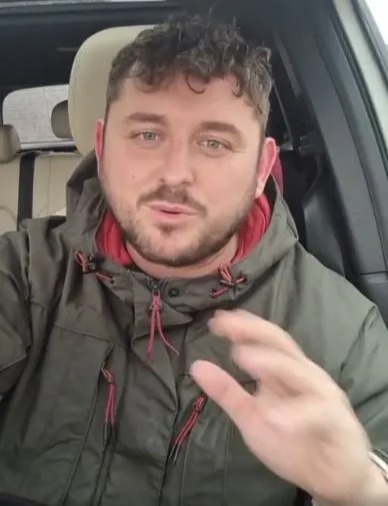 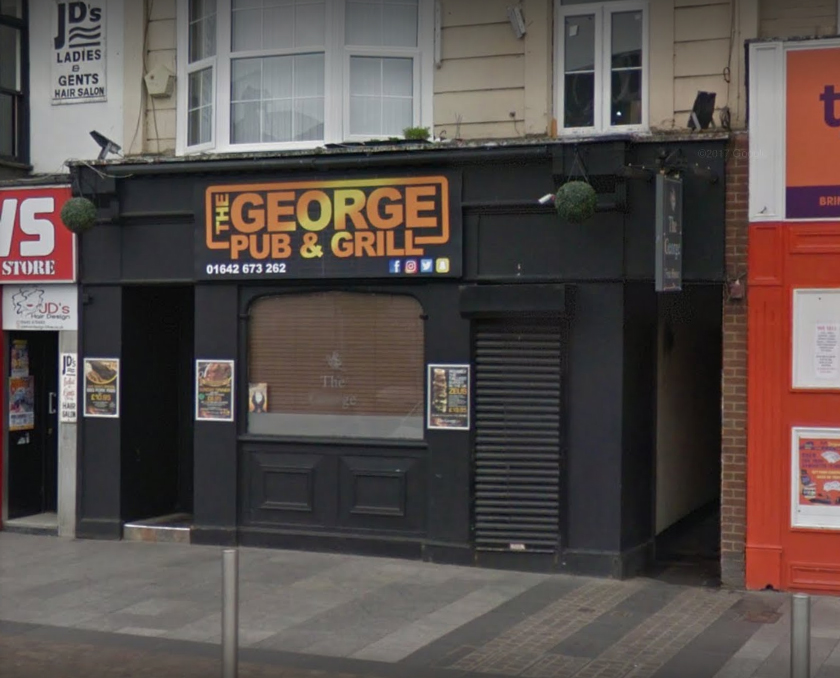 The business owner began the chat by pulling up a recent article written about his approach to advertising for four chef positions, and online marketing consultants at his restaurant The George.

He said: "You know you get the usual trolls on there, all the same, which I absolutely buzz off."

"Every single person on there that tries to call me or any of my businesses, I absolutely thrive off.

"There is no better feeling than watching them do absolutely nothing with their lives but then comment 'Craig's this', 'Craig's this'."

He defended the vacant job announcement, stating he was just being honest, after encountering people who have rocked up to interviews with "stinking breath" or "stinking pits".

Craig explained he was merely encouraging people to turn up to the interview smart, and "dress to impress".

He said: "If you can't cope with that, you pack of snowflakes on there, don't apply for the job."

The publican went on to say he thrives off people criticising him and says trolls hate him because he's successful.

He took the chance to reiterate the importance of being kind

But despite encouraging a positive attitude, Craig says the cruelness of others doesn't bother him – in fact, it's his biggest motivator.

He went on to reference Monster's Inc – and said in the same way Sully and Mike collect tears to create energy, he uses the tears of snowflakes to keep expanding.

"My tanks are for snowflakes, I fill them up with all these bad comments and I use it all for energy.

"I use all of them snowflake tears and I use them to go and open more businesses, more successful businesses."

The job advert referenced by Craig had recently garnered public interest for its straight-talking approach.

"You've all seen the George on FB and know the awesome food we knock out. Parmo's banging, Smash Burgers Unreal and Unbelievable Sunday Dinners.

"Don't know how much time we've wasted on the wrong people so please only apply if you have the work ethic to succeed."

He added that since chefs are a "dying breed" due to leaving the industry in droves, Craig is prepared to "personally put the time and effort in to train the right people".

He said: "You must be smart, presentable and not come in absolutely stinking of drink or p**s after a night out.

"It doesn't take much to wash and look after your presentation, I'll even throw in a tooth brush and a George chefs jacket. If you need a mint before the interview then there's a shop next door.

"If you feel your pits are a little fruity then nip and buy some deodorant quickly before the interview."

Craig is expanding the Stockton-On-Tees based bar to locations across Co Durham, North Yorks and the Yorkshire coast.

The George is currently advertising for four chef positions, and online marketing consultants.

The boss promises discounted drinks at the Irish Bar, karaoke and FREE cake on Sundays. 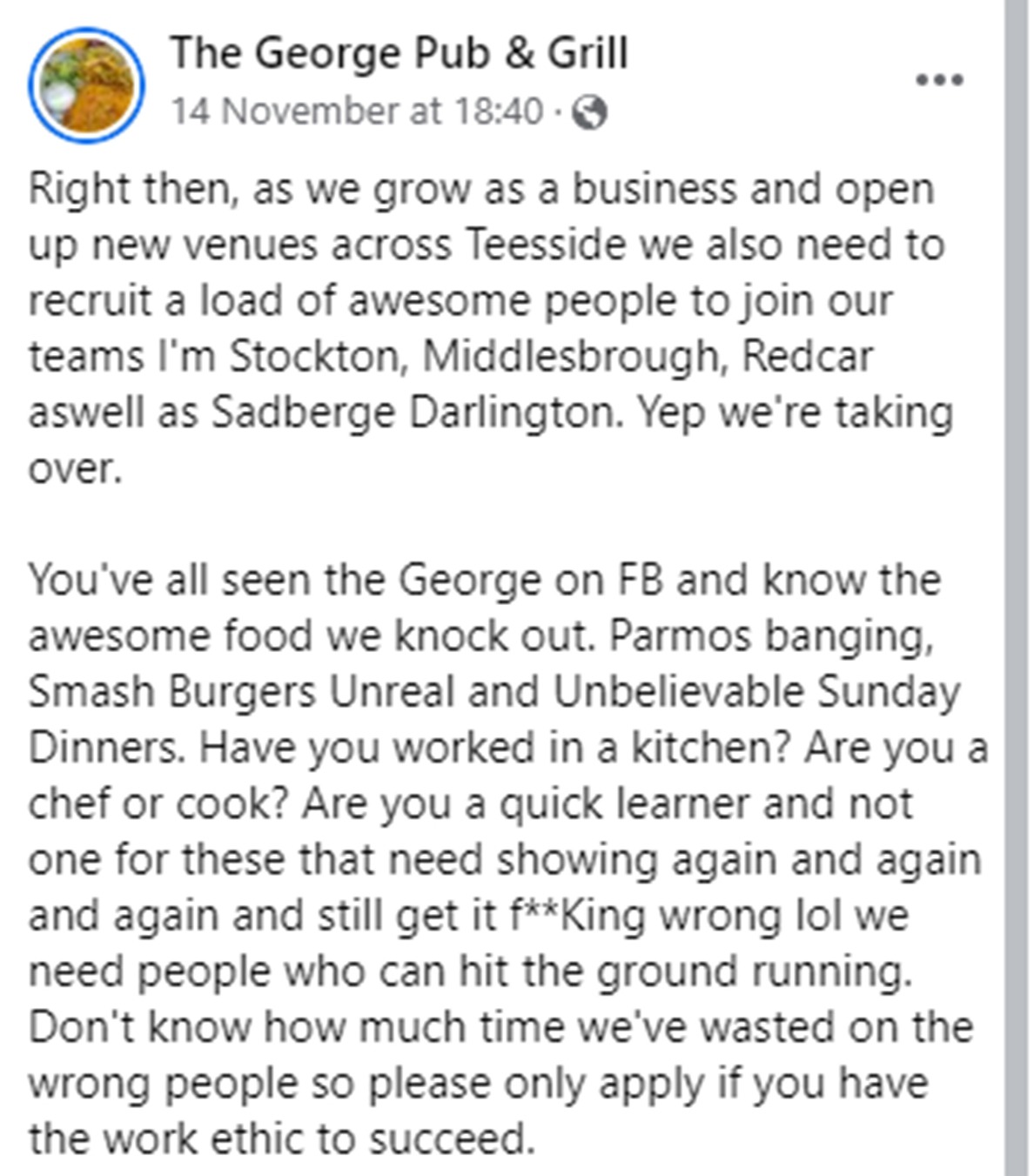 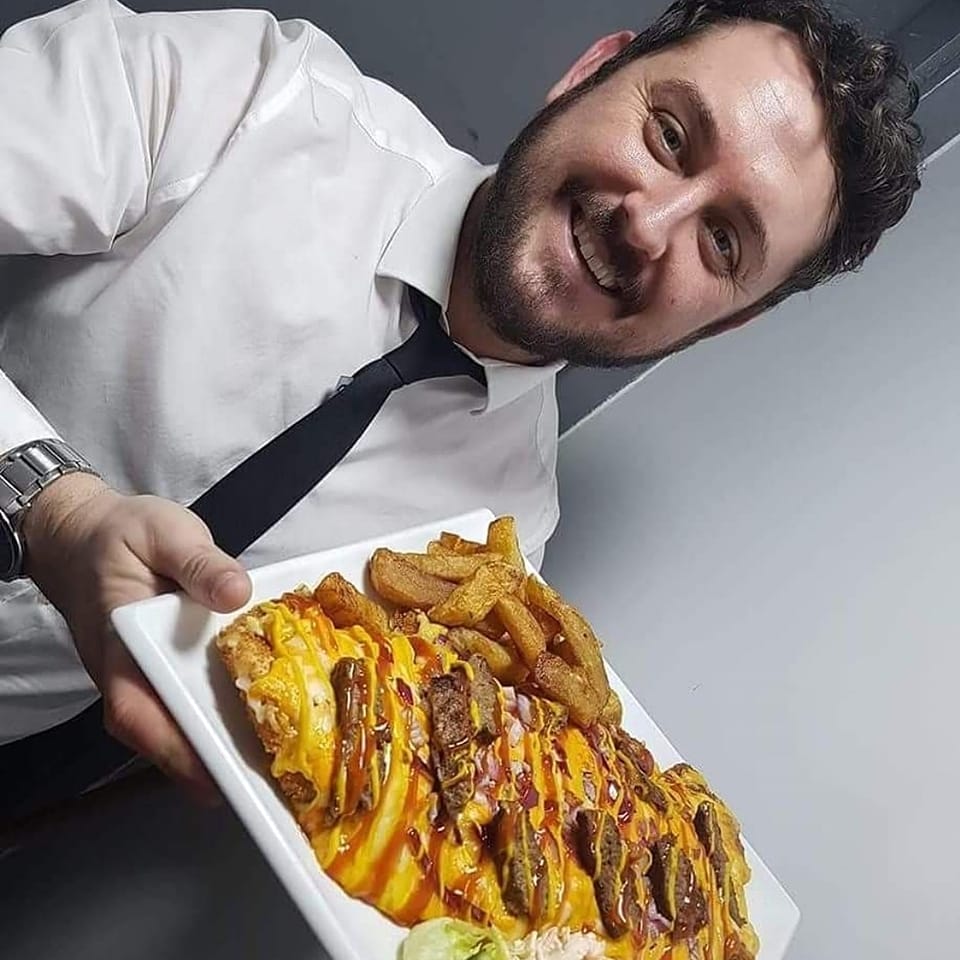 CW to Introduce Batwoman in Next Arrowverse Crossover Event

River Island cardi set is restocked after selling out TWICE

‘Godzilla Vs. Kong’ Release Date Pushed Back a Week