Jeff Bezos has accused his girlfriend Lauren Sanchez’s brother of extortion in an escalating legal battle over the nude photographs of him that were leaked to The National Enquirer last year.

Bezos was sued last week by his girlfriend’s brother, Michael Sanchez, who alleged he defamed him by suggesting that it was him who shared some of the private details of his romance with Lauren to the Enquirer.

Sanchez had spoken with the magazine but he insists he did not give them the lewd photographs of Bezos which appeared in the explosive expose.

His sister is siding with her new billionaire boyfriend and has accused Michael of an ‘unspeakable betrayal’.

Now, after a fast-moving few weeks of developments including suspicions that it may have been Saudi Arabia who hacked Bezos’ phone, he is hitting back at Michael in a response to the defamation lawsuit. 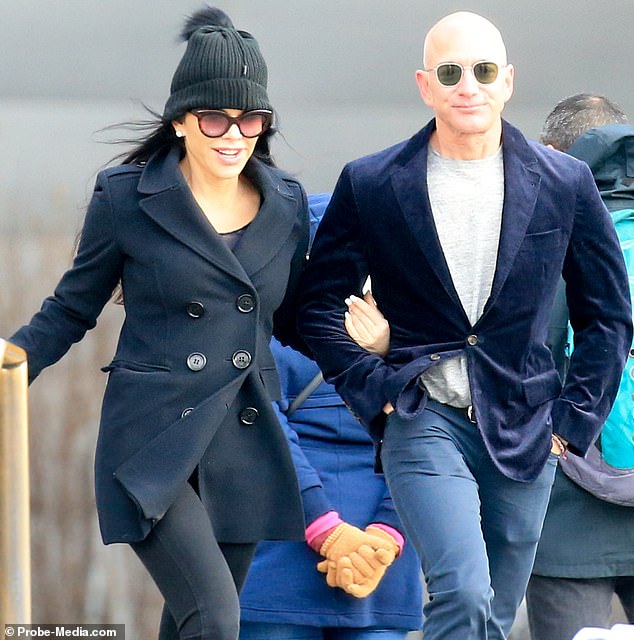 Lauren Sanchez and Jeff Bezos in New York City on January 27. They have accused her brother of n ‘unforgivable betrayal’ 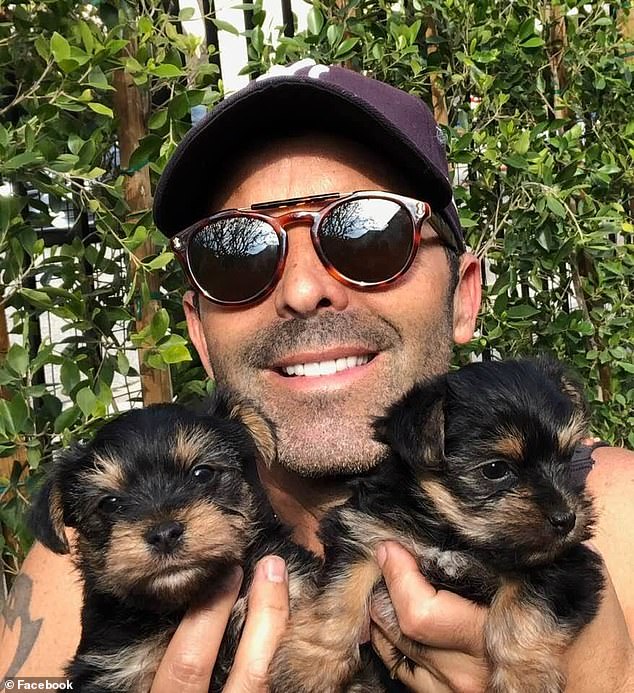 In a filing in court on Monday, Bezos’ attorney argued that Michael is merely trying to ‘extort’ him with the defamation lawsuit.

‘Extortion rears its head again in this lawsuit, this time not only aimed at Defendants but also directly threatening speech protected under the First Amendment.

‘By filing this lawsuit, Mr. Sanchez hopes to put himself back on the front pages and extract money from Defendants by leveraging the current media environment to harass them,’  his attorney, William Isaacson, said.

The saga of the Enquirer’s expose into Bezos and Lauren’s romance started in late 2018. 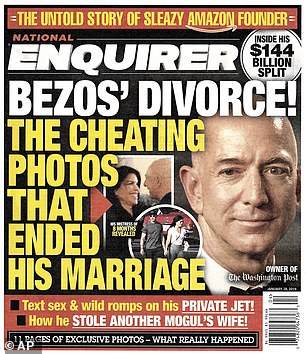 The pair had been seeing each other in secret for months and the Enquirer followed them, taking photographs at some of their meet-ups.

When the expose ran in January 2019, it contained personal texts the pair had exchanged.

Bezos  – who announced his divorce from his wife of 23 years, MacKenzie, around the same time it the Enquirer hit shelves – accused AMI of a shake-down and of threatening him in emails.

Michael was fingered as the source of the information by unnamed sources at the Enquirer and AMI who spoke to The Daily Beast.

The organization has never confirmed on the record who the source of the information was.

Michael insists he was merely trying to protect his sister’s budding romance from the beginning.

She said in a statement this week: ‘Michael is my older brother. He secretly provided my most personal information to the National Enquirer – a deep and unforgivable betrayal.’

The lawsuit he filed in California last week seeks unspecified damages from Bezos and Gavin de Becker, Bezos’ private investigator who was tasked with rooting out the source of the Enquirer story after it broke last year. 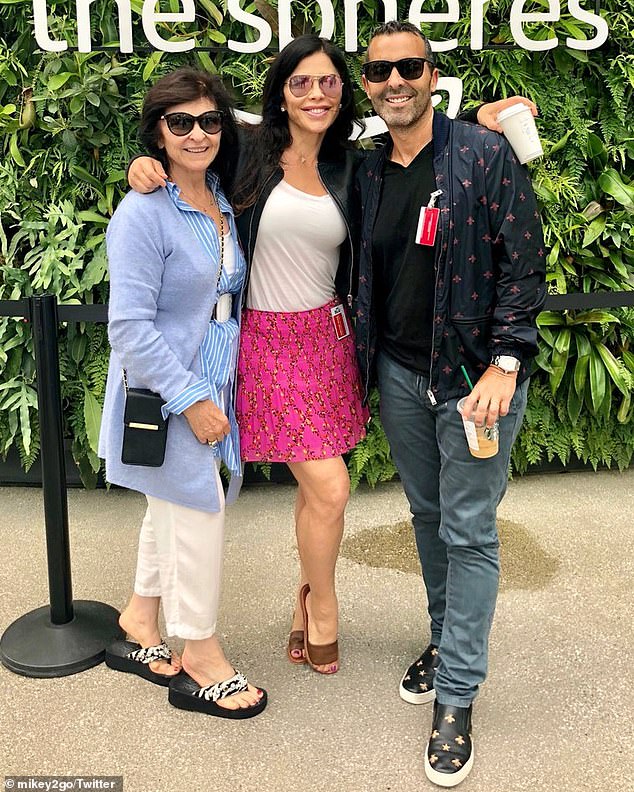 Engineers create self-powered clothing that can control your electronic devices

Boris Johnson not a Brexit Messiah, just a naughty (but clever) boy