Jeremy Corbyn has cancelled a visit to Barnet after the council fell to the Tories amid widespread anger among the area’s Jewish population about anti-Semitism in the Labour Party.

A mixed set of results left both Labour and the Tories claiming success, with the Conservatives holding on to ‘crown jewel’ authorities in London including Wandsworth and Westminster.

The Labour leader claimed the local election results left Labour ‘well placed’ to win the next general election despite the party’s failure to capture key targets from the Tories. 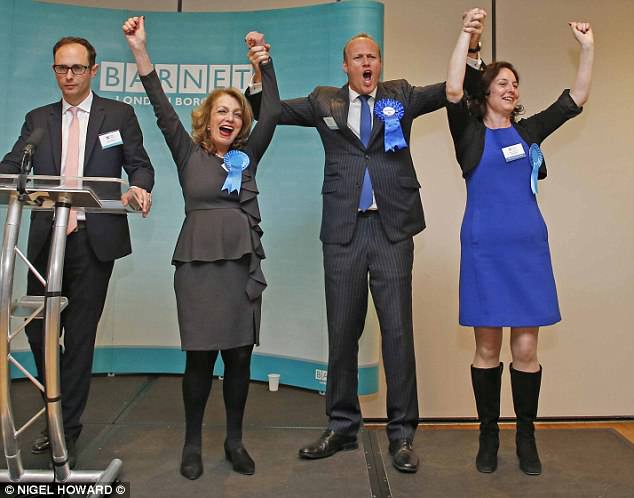 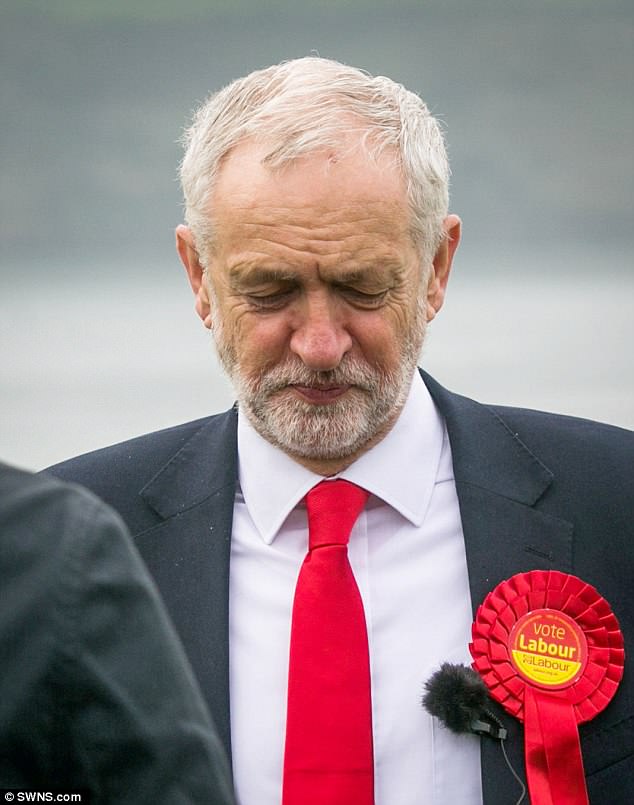 Jeremy Corbyn pictured campaigning in Plymouth. He has been urged to go to Barnet in the wake of the council swinging to the Tories

But the ongoing row over anti-Semitism may have damaged the effort in key target Barnet, which has a large Jewish population.

Adam Langleben, who lost his seat in High Barnet, told MailOnline that planned event for tonight has been cancelled but Mr Corbyn should still come in order to apologise for his failure to tackle anti-Semitism.

‘Anti-semitism cost us Barnet council. I’ll give you an example,’ said the former Labour councillor. 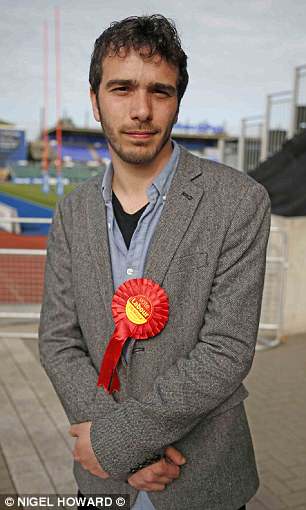 ‘I knocked on the door of a woman who had a Mezuzah on her door and said she was a lifelong Labour voter and from a union background.

‘She was in tears and told me for the first time in her life she would not be voting Labour. Other people just shut the door in our faces.’

Mr Langleben called on the Labour leader to come to the borough despite the disappointing result for the party.

‘He has to take responsibility which he has not so far done. He was due to come tonight for a victory parade but he should come tonight to apologise to every single Labour voter and party member in the Jewish community.

‘He needs to understand local anger but I don’t know that he gets it.

‘I don’t think that he understands the problem because he is surrounded by people from the far left fringes of politics. He is not anti-semitic but there are people in the Labour Party now who are.’

Langleben said he will remain a Labour member but added ‘the Labour Party is sick and the only way to heal that sickness is from the top’.

A Labour source has, however, denied there was ever a victory parade planned for tonight saying Mr Corbyn’s plans were ‘always flexible’.

A spokesman said: ‘As Jeremy Corbyn has strongly stated, Labour is committed to challenging and campaigning against anti-Semitism in all its forms.

‘He has asked the new General Secretary to make stamping it out her number one priority.’

As well as anti-Semitism, Mr Corbyn’s response to the chemical weapons attack in Syria and the Salisbury poisoning were also questioned by senior figures in the party.

Labour MP Ian Austin told BBC Radio 4’s Today he met voters who ‘are concerned about Jeremy’, adding: ‘His response to recent events in Salisbury or Syria have not given them much confidence, I think the anti-Semitism crisis has made us look like a nasty party they don’t want to vote for.’ 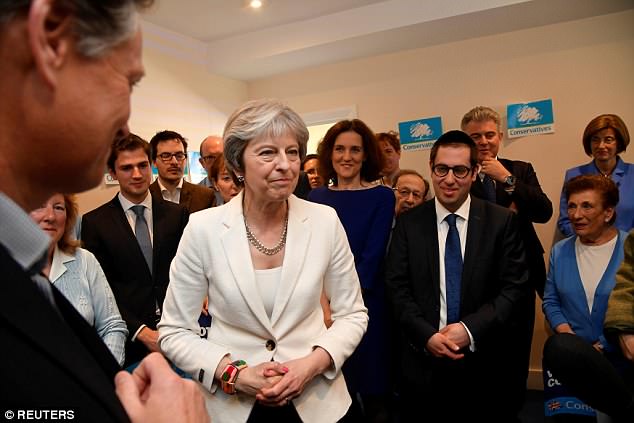 Mrs May told activists in Barnet: ‘People of all faiths have rejected the vile anti-Semitism which has gone unchallenged in the Labour Party for too long.’ 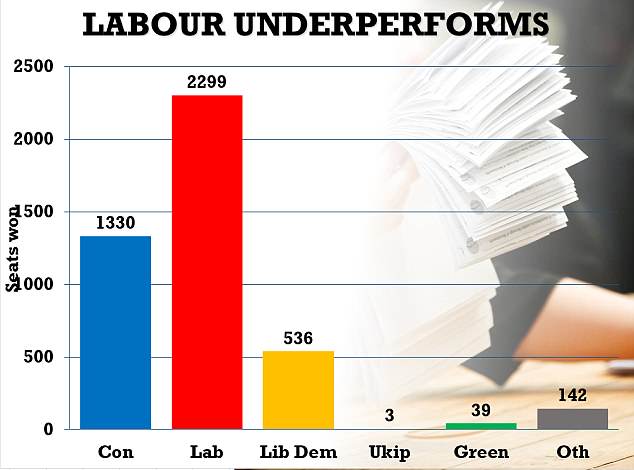 But Mr Corbyn’s ally, shadow justice secretary Richard Burgon, told the programme: ‘It’s very rare in these local elections that people have been – when I have been knocking on doors – raising Jeremy’s leadership in a negative way.

‘Some do, some people raise it in a positive way, but nothing unusual compared to any other period of door knocking I have been doing in Labour’s history, whoever is leader.’

Deputy Labour leader Tom Watson acknowledged the Jewish community had ‘sent us a message’ and said the party had to learn lessons when it came to dealing with anti-Semitism in its own ranks.

Labour MP Chuka Umunna called for an internal inquiry into the party’s campaign, warning that the results cannot leave it confident of success at the next national poll.

Theresa May told activists in Wandsworth yesterday: ‘Labour thought they could take control, this was one of their top targets and they threw everything at it, but they failed.’

She also made a stop in Barnet, telling supporters: ‘People of all faiths have rejected the vile anti-Semitism which has gone unchallenged in the Labour Party for too long.’

Horrifying pics show woman's, 29, skin burned off after taking antidepressants – leaving her in a coma for three WEEKS