The unnamed woman carrying a yoga mat wrestled the keys from one of the robbers in busy Colchester town centre. 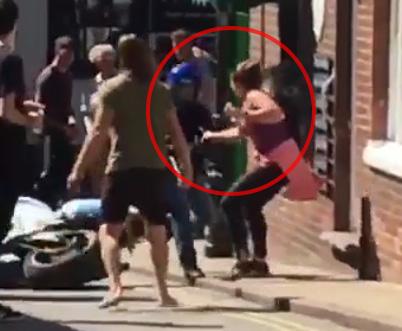 The shocked robbers, armed with a wheel wrench and hammer, tried to get them back but soon gave up and tried to run off.

An off-duty police officer tackled one of the men and cops are hunting for a second, who escaped with watches and jewellery.

Onlooker Jodie Brown, who filmed the botched escape from Chimes jewellery in Essex, said she felt like she was in a crime documentary.

She said: "I was walking past down the street and I saw the commotion happening and pointed the bike out to my other half. 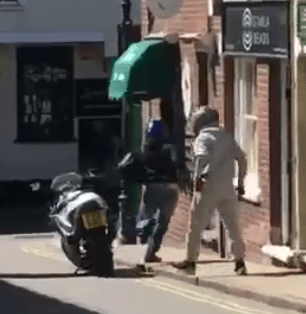 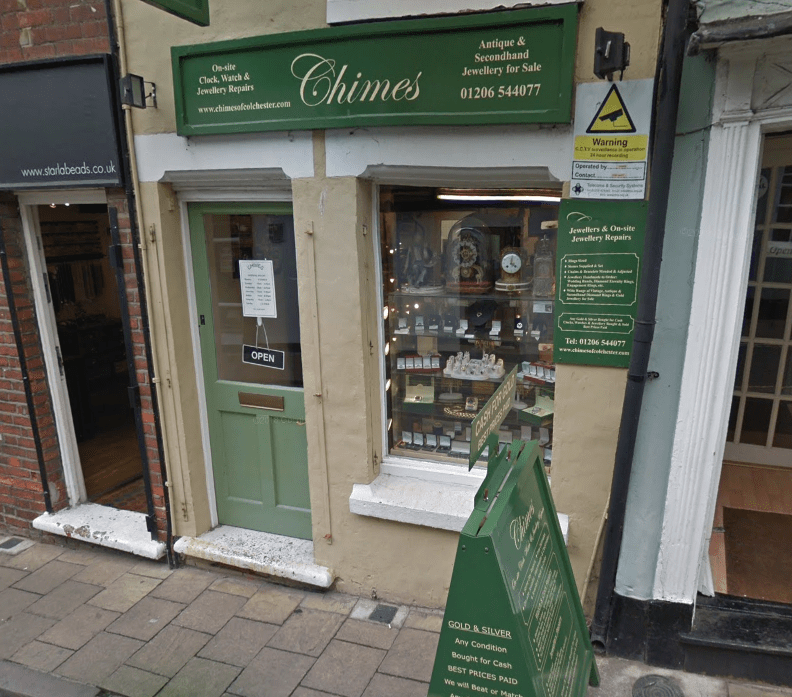 "He looked in the direction and noticed the med had masks on so he pulled me away.

"If you watch television at the moment there has been so many documentaries and stories about moped robberies.

"So he told me to pull my phone out and start recording just in case something happened "And we was right it was just like what we watched on TV a few nights before.

"The one thief tried to snatch back the keys from a woman but couldn't get them back." 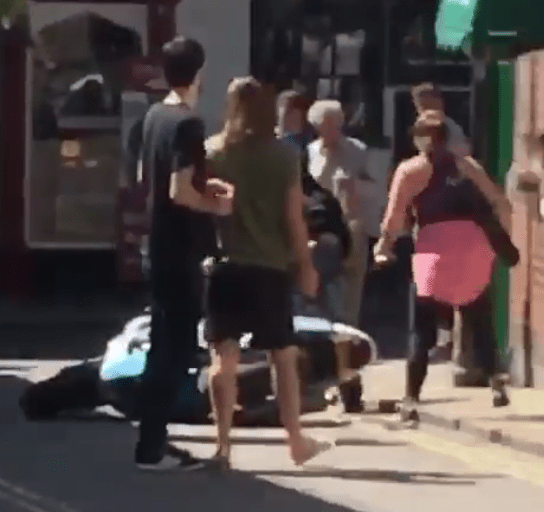 The man who was caught was charged with robbery and will appear at Colchester Magistrates Court tomorrow.

An Essex Police spokesman, said: "The second man who is being hunted by police was described as wearing a grey coloured tracksuit, black trainers and a white motorcycle helmet ran-off in the direction of Scheregate Steps.

"Anyone with information is asked to contact Colchester CID on 101, quoting incident 503 of July 28."

More than 35,000 sign petition to bring back Piers Morgan to GMB

My Relationship Guru Is a 14-Year-Old Girl

Is Charli D'Amelio Dating Anybody?