Jilted lover, 29, faces life in jail for knifing his 32-year-old ex to death in front of her three children in cocaine and alcohol-fuelled rage

A jilted lover today admitted to stabbing his ex-partner to death in front of her three children in a cocaine and alcohol-fuelled rage.

Hafiz Sharifi, 29, knifed Suvekshya Burathoki, 32 – known as Fatima – in her home in Leicester.

The mother-of-three, from Nepal, died from multiple stab wounds after the brutal attack on October 8 last year. 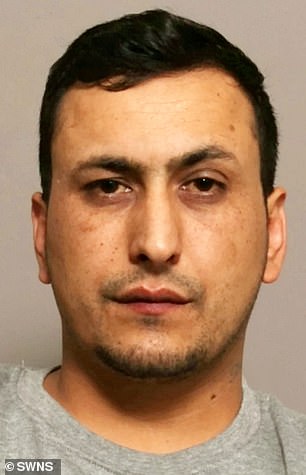 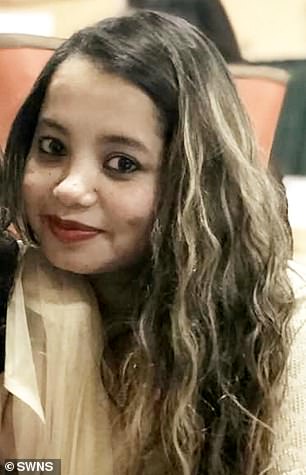 Police dashed to her terraced property in Bartholomew Street, near the city centre, at 8.30am.

Despite desperate attempts to save her, she was pronounced dead at the scene.

A court heard Sharifi attacked Fatima after taking a cocktail of alcohol and cocaine the night before.

After stabbing her to death in front of her children, he fled the scene on foot but was arrested two days later in Coventry.

Sharifi admitted to police that he had been drinking and also taken cocaine the night before he killed her.

Detective Inspector Mark Sinski, from the East Midlands Special Operations Unit (EMSOU) major crime team, said: ‘This was a brutal, violent murder that left the residents of what is a tightly-knit street in shock.

‘From those we have spoken to during the investigation, Fatima was well-known and incredibly well-liked by those who knew her. Sharifi was unable to face up to his actions – he knew he was wanted – and tried to go into hiding. 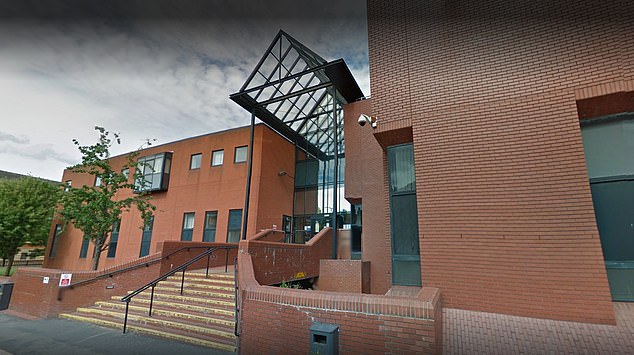 Sharifi was remanded in custody and will be sentenced at Leicester Crown Court (pictured above) on February 21. He was arrested two days after the murder after fleeing to Coventry

‘We were concerned that he might have tried to leave the country, but it is a credit to the team involved in this murder investigation that we were able to find him in Coventry and arrest him.

‘I hope that Fatima’s family can take some comfort from the fact he has today pleaded guilty to her murder.

‘It also means those who were due to give evidence in what would undoubtedly have been an emotional trial, will not have to do so. My thoughts and condolences remain with Fatima’s family and loved ones.’

At the time of her death, friends said she had been looking after her two sons, aged nine and seven, and her three-year-old daughter.

One friend said: ‘She had the two boys from a previous relationship and the girl from her present relationship. She was a Tamil who converted to Islam.

‘I couldn’t believe it when I heard she was dead. She was an amazing mum who cared for her children and fed them well.’

Sharifi was remanded in custody and will be sentenced at Leicester Crown Court on February 21.

How YOU could become a first time buyer

Bella Hadid Is Bringing Back Your Favorite Jeans From The 2000s