John Cleese has apologised for making fun of ‘white English people’ in a mocking snipe at The Simpsons actor Hank Azaria.

Mr Azaria, who is white but had played the Indian-American character Apu since 1989, was the subject of controversy in 2017 following the release of a documentary.

He recently apologised to ‘every single Indian person’ for voicing the Kwik-E-Mart clerk, following a row over how the portrayal of Apu had impacted Indian people in the United States.

In an interview with the Armchair Expert podcast, Mr Azaria has said the character had contributed to ‘structural racism’ and that he hadn’t known any better during the nearly 30 years he voiced the character.

Mr Azaria is the voice behind Moe Szyslak, Chief Wiggum Comic Book Guy and many other characters.

Monty Python actor Mr Cleese has now made fun of his apology, saying sorry himself for ‘any distress’ caused by portraying white English people.

He tweeted: ‘Not wishing to be left behind by Hank Azaria, I would like to apologise on behalf on Monty Python for all the many sketches we did making fun of white English people. 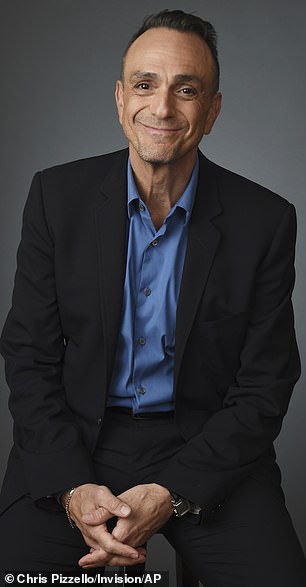 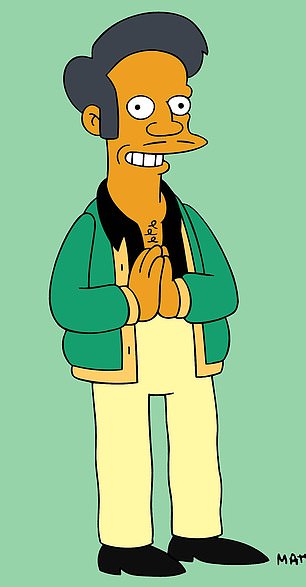 ‘We’re sorry for any distress we may have caused.’

In another tweet on Wednesday night, Mr Cleese, while discussing so-called ‘woke-ism’, said: ‘Started out as a good idea – ”Let’s be nice to people” – and finished up as a humorless, censorious, literal-minded, posturing idiocy.’ 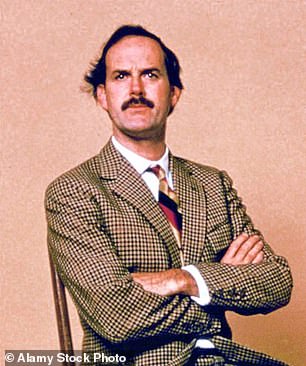 When Apu had been called out for promoting racist stereotypes in the 2017 documentary The Problem With Apu, Mr Azaria and the show’s creators had seemed to shrug off the criticism.

Addressing the controversy in an episode the next year, Lisa Simpson asks ‘what can you do’ when a character which had been beloved for decades had suddenly become politically incorrect.

However, Azaria, 54, says since then he has listened to the concerns of Indian-Americans and came to realize that Apu was a problem.

‘I needed to shut up… and listen and learn. And that took a while,’ he said.

‘This was not a two-week process: I needed to educate myself a lot.’

Apu, an Indian immigrant who runs Springfield’s Kwik-E-Mart convenience store in the long-running show, first appeared on The Simpsons in 1990.

Speaking on the Armchair Expert, Azaria said the character had been created with good intentions.

‘I really didn’t know any better. I didn’t think about it. I was unware how much relative advantage I had received in this country as a white kid from Queens.

‘Just because there were good intentions it doesn’t mean there weren’t real negative consequences to the thing that I am accountable for.’

In 2017, Indian-American filmmaker Hari Kondabolu released The Problem With Apu, which made the case that the character played on racist stereotypes of Indian immigrants.

Azaria turned down requests to appear in the documentary.

But The Simpsons’ writers addressed the controversy directly on the show.

In the scene, Marge reads Lisa a bedtime story that was just a jumble of PC buzzwords. 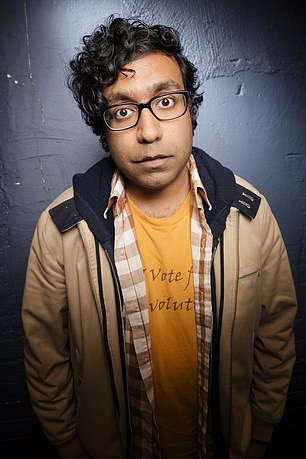 It was only after the 2017 documentary The Problem With Apu, by Hari Kondabolu, above, that Azaria says he recognized the character was problematic

Lisa stares directly at the camera, with a photo of Apu on the nightstand beside her, and says. ‘Something that started decades ago and was applauded and inoffensive is now politically incorrect. What can you do?’

The show’s response drew a stinging backlash on social media.

That same year Azaria appeared on The Stephen Colbert Show where he said he would be happy to stand aside and let someone else voice Apu.

He told the Armchair Expert at first he didn’t know if he should stop doing Apu, as he didn’t want to make a ‘knee-jerk reaction’ to what could’ve just been ’17 hipsters in a microbrewery in Brooklyn’.

So he spent the next year  speaking with Indian-American groups to educate himself – ‘doing the work’.

‘I needed to educate myself a lot,’ he said, crediting his experience of Alcoholics Anonymous with helping the process.

‘If I had not gotten sober, I promise you it wouldn’t have taken much wine for me to be in my feelings one night and fire off a tweet that I felt justified in firing off.

‘Some kind of defensive, white-fragile tweet. Boy, was I glad I had a system in place where I could look at this thing.’

‘I know you weren’t asking for that but it’s important. I apologize for my part in creating that and participating in that. Part of me feels I need to go round to every single Indian person in this country and apologize.

‘I realized I have had a date with destiny with this thing for 31 years.’

Immigration has undermined UK culture say four out of 10 Brits

Just Jane: My hot girl wants sex ALL the time and I can’t keep up

Two Women Say They Were Sexually Harassed By #TomBrokaw