Mrs Bibi was convicted of blasphemy in 2010 after allegations she insulted the Prophet Muhammad during a row with a neighbour.

Justin Trudeau, the Canadian prime minister, confirmed his government was in talks with Pakistan after Ms Bibi’s husband appealed to Canada, the UK and the US to consider granting asylum.

He said: “There is a delicate domestic context that we respect which is why I don’t want to say any more about that, but I will remind people Canada is a welcoming country.” 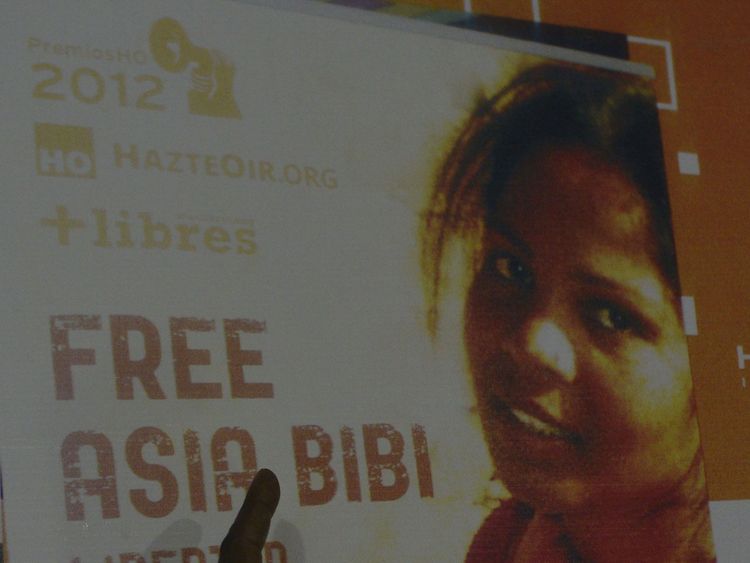 Mrs Bibi’s conviction was overturned in October after she spent eight years on death row. She has always denied the allegations.

The mother of five has been blocked from leaving Pakistan after her release sparked protests among Islamist hard-liners.

She has been flown to a safe place, but the Pakistani government has been forced to deny she has left the country after doctored photographs emerged.

One politician received death threats because of the misidentification.

Radical Islamists have called for the acquittal to be repealed, but Mr Khan warned them against using the decision to further political aims.

The UK Home Office has not commented on the case.

Diplomat who ‘assaulted’ woman insists it was consensual

See Robert Pattinson as The Batman in Dramatic First Teaser