Katie Price will appear before MPs next Thursday for a second time to tell them about online abuse targeted at her disabled son Harvey.

The ex-glamour model will give evidence to the Petitions Committee as a formal parliamentary inquiry into tackling online abuse is launched.

Price, 42, wants a new UK law – which she has dubbed ‘Harvey’s Law’ – to be created to make online trolling a specific criminal offence.

She also wants a register of people found guilty of online abuse.

Price said: ‘I know I’m here because it started off because Harvey and his disabilities but this isn’t just for people with disabilities.

‘It will help everybody. Like me or hate me, I’m here to protect others.’

The reality TV star appeared before a parliamentary committee two years ago in an attempt to help combat trolls hurling racist abuse at 18-year-old Harvey, who is blind and has a range of health problems which hamper his speech. 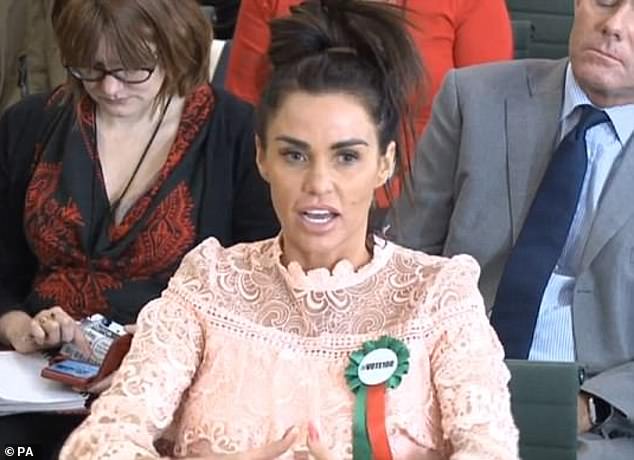 Katie Price will appear before MPs next Thursday for a second time to tell them about online abuse targeted at her disabled son Harvey (pictured, February 2018) 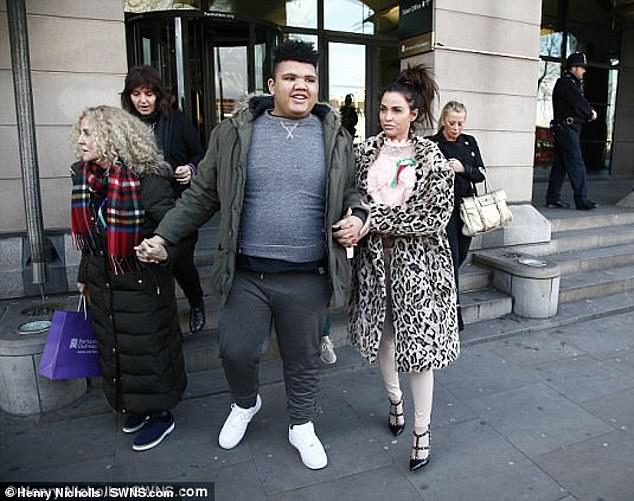 Price wants a new UK law – which she has dubbed ‘Harvey’s Law’ after her son (centre) – to be created to make online trolling a specific criminal offence (left, Price’s mother Amy)

Price set up a petition to criminalise online abuse in 2017 that received 220,000 signatures and led to a parliamentary inquiry into trolling.

A new inquiry has been launched to ‘scrutinise the Government’s response to online abuse, and continue to press the Government on the action it needs to take’.

Committee chair Catherine McKinnell said: ‘Online abuse is a silent menace, and our new inquiry is an eleventh hour bid to put an end to it before it spirals out of control.

‘With social distancing rules, people are spending ever more of their lives online.’

The Labour MP added: ‘The importance of doing something about this issue before it causes more damage is greater than ever. 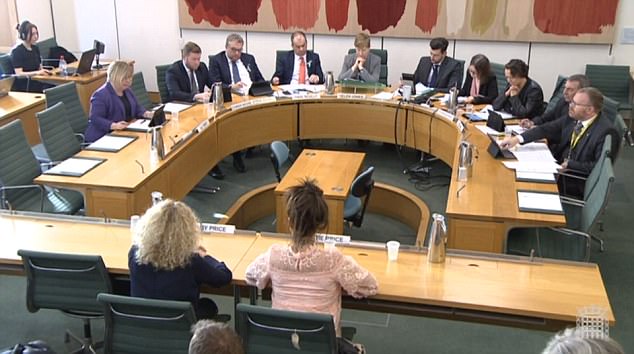 The reality TV star appeared before a parliamentary committee two years ago (pictured), in an attempt to help combat trolls hurling racist abuse at 18-year-old Harvey, who is blind and has a range of health problems which hamper his speech 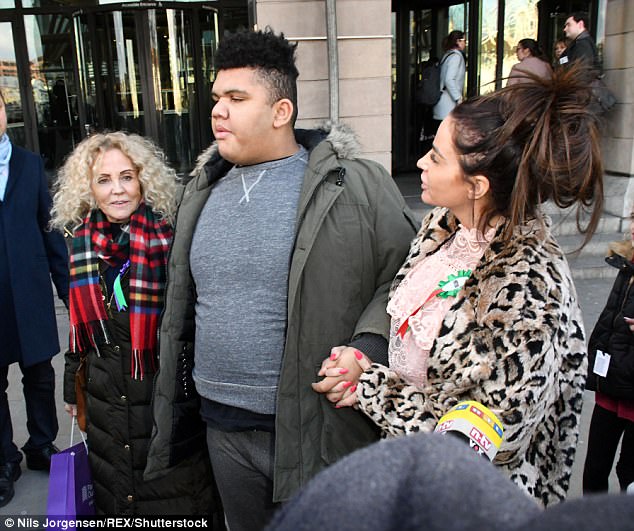 Katie Price, pictured outside Parliament with her son Harvey and mother Amy, addressed a scrum of reporter after taking her battle for tighter cyber bullying laws to Parliament today

‘If we don’t take action soon, then there is a real risk that a whole new generation will be irretrievably exposed to and harmed by online abuse.

‘I’m pleased to welcome Katie back to the Committee after first meeting her during her campaign against online abuse last year.

‘Her bravery in sharing her personal experiences of the abuse she has endured alongside her son Harvey will shine a light on key issues, and will help this new landmark investigation find practical and technological solutions to the problem.’

WHAT ARE HARVEY’S HEALTH PROBLEMS?

Harvey has been diagnosed with Prader-Willi syndrome, which leaves him with an excessive appetite and led to him being overweight, with weak muscles and learning difficulties.

He also has been a rare condition called septo-optic dysplasia which has left him partially blind.

And he also has autism – a condition which affects his ability to talk and communicate with others, Attention deficit hyperactivity disorder (ADHD) which leaves him hyperactive and unable to concentrate easily.

In February 2018, Price said of Harvey: ‘He is mocked for his colour, his size, I just think they think he is an easy target to pick on. But I’m his voice.

‘I’m here and I’m going to protect him.’

The mother-of-five told MPs a new law should ‘stop deaths and abuse’ and said tougher action should be a ‘no brainer’.

Price and her mother Amy Price, who also presented evidence at the Petitions Committee in 2018, will field questions from MPs on the subject of online abuse and their personal experiences with this.

The evidence session will take place at 2pm on Thursday, July 2.

The Petitions Select Committee will ‘look at the experiences of people who have faced online abuse, focusing on potential solutions for its reduction and prevention, legally, socially and technologically’, its website states.

The Committee ‘will examine what progress has been made by the Government since the conclusion of its previous inquiry into online abuse’.

A statement says: ‘The new inquiry will see the Committee scrutinise the Government’s response to online abuse, and continue to press the Government on the action it needs to take.

‘Many figures have raised concerns over the effect of Coronavirus on mental health as people are spending more time online and on social media.

‘The Committee is now calling for evidence to this new inquiry into online abuse, and is welcoming contributions from campaigning organisations, legal professionals, social media companies and other expert organisations in the field. 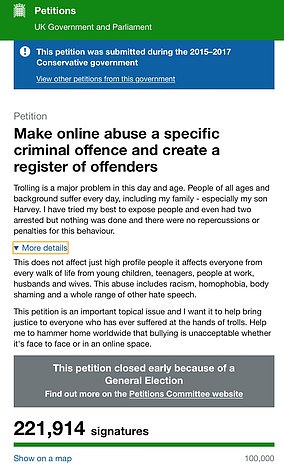 Trolling is a major problem in this day and age. People of all ages and background suffer every day, including my family – especially my son Harvey. I have tried my best to expose people and even had two arrested but nothing was done and there were no repercussions or penalties for this behaviour.

This does not affect just high profile people it affects everyone from every walk of life from young children, teenagers, people at work, husbands and wives. This abuse includes racism, homophobia, body shaming and a whole range of other hate speech. This petition is an important topical issue and I want it to help bring justice to everyone who has ever suffered at the hands of trolls.

Help me to hammer home worldwide that bullying is unacceptable whether it’s face to face or in an online space.

EastEnders fans shocked as victim and ‘killer’ are revealed

Here’s How Much Yvette Nicole Brown Is Really Worth

'Euphoria' Season 2: Chloe Cherry Talks Faye Betraying Fez, Says She Doesn't Know 'Which Side to Be On'