More than 700 civilians had been safely evacuated from the dusitD2 complex, he added, after an attack that echoed a 2013 assault on a Nairobi shopping center that killed 67 people.

“The security operation at dusit complex is over, and all the terrorists eliminated. As of this moment, we can confirm that 14 innocent lives were lost through the hands of these murderous terrorists,” Kenyatta said, looking drained and grave.

He did not specify how many assailants took part in the terrifying 20-hour siege. CCTV footage showed at least four.

“From the means available to the security services and judicial arms, we will continue taking every step to make our nation inhospitable to terrorist groups and their networks,” added Kenyatta, the son of Kenya’s founding father, added.

The east African nation is a hub for expatriates and has often been targeted by al Shabaab in revenge for sending troops to help protect the weak, U.N.-backed government in Somalia.

The attack on the dusitD2 hotel began shortly after 3 p.m. on Tuesday with an explosion in the parking lot and then a suicide bomb blast in the foyer, police said.

At least two groups of people had still been trapped inside as dawn broke, and gunfire continued to ring out.

Eleven Kenyans, an American and a Briton were among the casualties, morgue staff said. Two victims were not identified.

Some victims had been dining in the Secret Garden restaurant and lay slumped at tables, photos seen by Reuters showed. 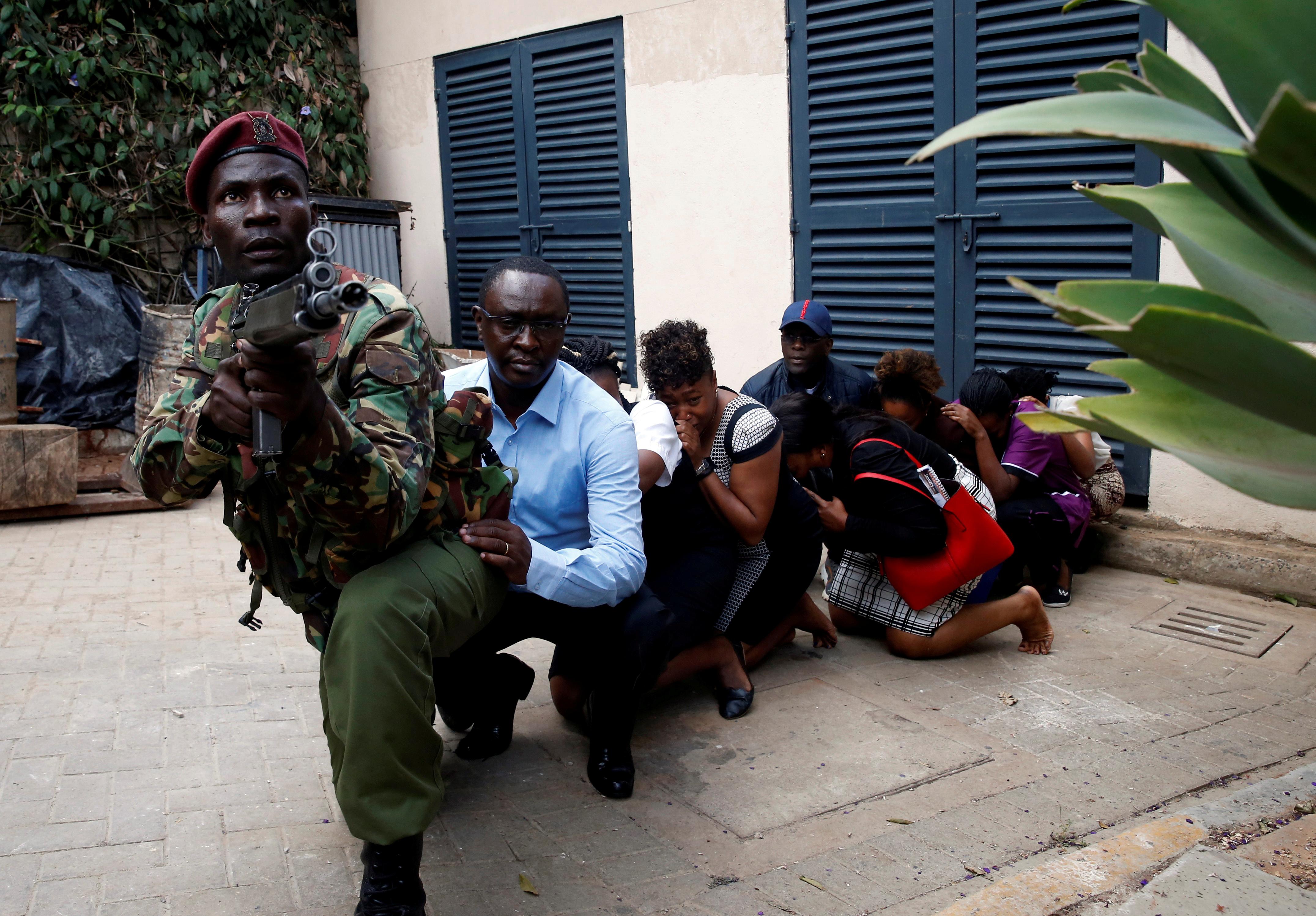 According to its website, the complex is home to offices of international companies including Colgate Palmolive (CL.N), Reckitt Benckiser (RB.L), Pernod Ricard (PERP.PA), Dow Chemical (DWDP.N) and SAP (SAPG.DE), as well as the dusitD2 hotel, part of Thai group Dusit Thani (DTC.BK).

Kenya is a base for hundreds of diplomats, aid workers, businessmen and others operating around the region.

Hiram Macharia, a marketing executive at LG Electronics, said officers rescued him and some colleagues from their office two hours after the attack began.

But one workmate did not survive.

“One of our colleagues went to the top of the building and his body was found there,” he told Reuters outside the hotel.

The overnight blasts and shots undercut assurances from the interior minister that the scene had been secured and complicated the rescue of scores trapped inside. Some of those got messages out begging for medical help.

Families who went to the Chiromo morgue were told they could not view bodies until a forensic investigation had been performed, provoking grief and anger.

One man who only gave his name as David said he was yet to hear from a relative in the complex whose phone went off at around 4 p.m.

The family of a missing 35-year-old man collapsed in the courtyard upon hearing that a body had arrived with his identification papers.

“He is gone, he is gone,” the father repeated into his phone as his mother wrapped a shawl around herself and wept.

Another family arrived, demanding to see whether their relative was there but were told only police had access. 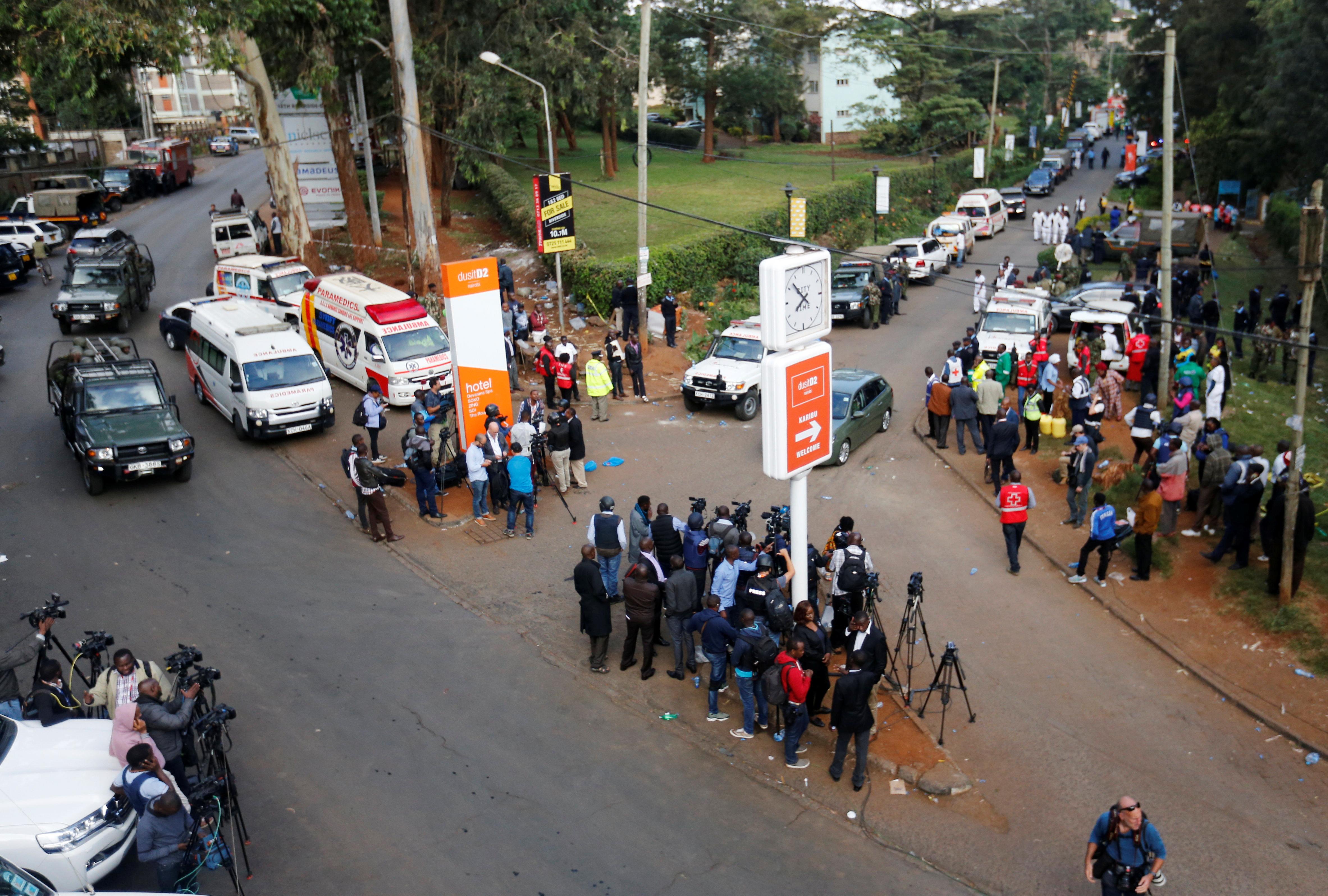 As they argued, an elderly couple arrived in silence, bringing a freshly pressed suit to dress their dead son.

Outside the morgue, two Red Cross ambulances waited, their drivers asleep inside. They would go to the complex to retrieve casualties once it was safe, morgue staff said.

Facebook will block terminally ill man from livestreaming his death

Was Hunter Biden discharged from the military for cocaine?