A UK production of Harper Lee’s novel To Kill a Mockingbird has been cancelled after a threat of legal action by producers of a Broadway version of the play.

Christopher Sergel’s adaptation of the 1960 Pulitzer Prize-winning novel was slated to be shown at 15 regional venues – including Birmingham, Aberdeen and Newcastle – across the country this year, beginning with Leicester’s Curve Theatre on February 7.

However, the tour has been stopped in its tracks following a dispute with Hollywood and Broadway producer Scott Rudin. 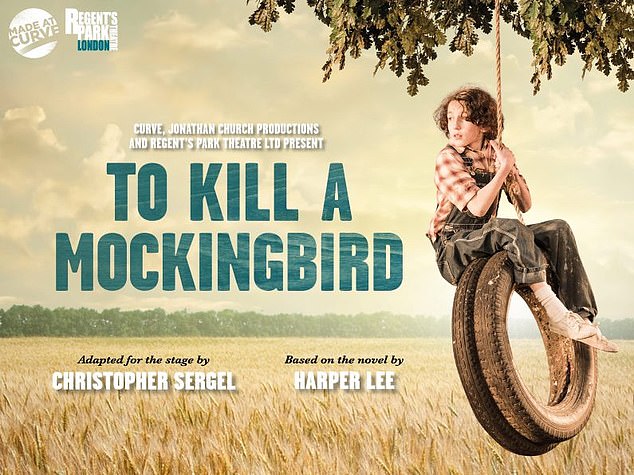 Christopher Sergel’s adaptation of the 1960 Pulitzer Prize-winning novel was slated to be shown at 15 regional venues. It was cancelled less than two weeks before opening night

Mr Rudin is the founder of the Atticus Limited Liability Company, which has claimed worldwide exclusivity in professional stage rights to To Kill a Mockingbird.

The company is responsible for a current Broadway adaption of the novel, written by West Wing screenwriter Aaron Sorkin and starring Jeff Daniels.

The theatre company said it was ‘deeply saddened’ by the forced cancellation. 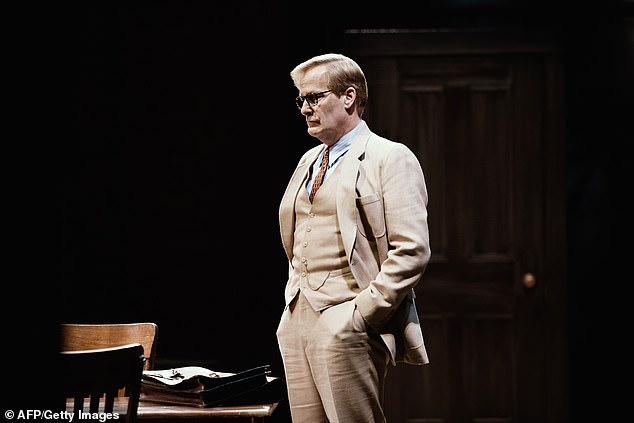 Jeff Daniels (pictured) is starring as Atticus Finch in a current Broadway adaptation of To Kill a Mockingbird. Producers of the performance say they have exclusive worldwide stage rights to the novel 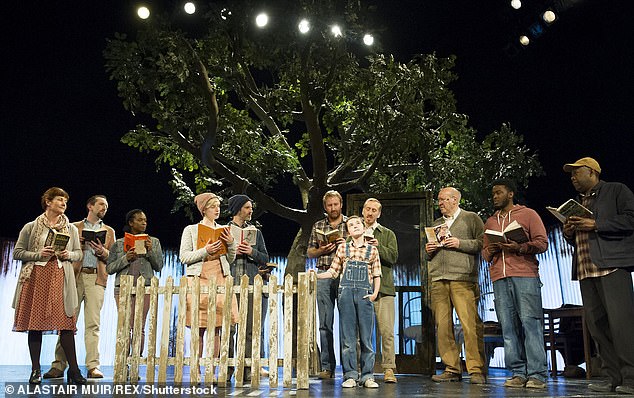 ‘We are truly sorry for the inconvenience this cancellation will cause and ask that ticket holders contact their original sales point to arrange full refunds.’ 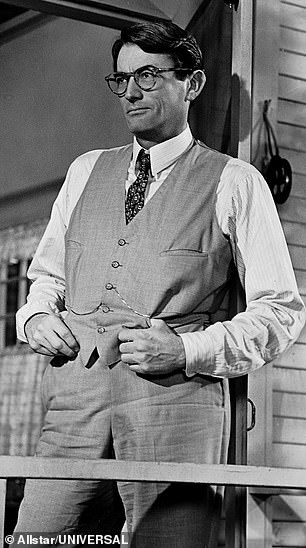 The Jonathan Church Productions tour would have involved 40 stage and crew members and was aimed toward a younger audience.

One of the people involved in the performance told The Times that child actors from the play were left ‘crying, upset [and] distraught’ by the cancellation.

‘Getting young people encouraged in theatre is difficult enough in this day and age,’ she said.

‘Yet here we are with nine enthusiastic youngsters who won the audition process with optimism and hope at having such a special story to retell and then they have the rug pulled from underneath them.’

Another highlighted that the play was never intended to be a lucrative West End production.

‘Ours was more about bringing the book alive for young children or people studying it for GCSE,’ she said.

‘It is more about that human desire to pass on a story. ‘

To Kill a Mockingbird is about the trial of a black man falsely accused of raping a white woman in Alabama.

It was famously made into a 1962 film starring Gregory Peck.

To Kill a Mockingbird: The great American novel

Harper Lee’s novel To Kill a Mockingbird chronicles the rape case of a falsely accused black man in 1930s Alabama, his defence lawyer Atticus Finch and his two young children. Told through the perspective of Mr Finch’s daughter, Scout, the story provides a picture of the deep south during the period of racial segregation in America.

The novel was released in 1960 to critical and commercial acclaim, winning the prestigious Pulitzer Prize in 1961. As of 2019, the book has sold more than 30 million copies and has been translated into 40 languages.

My neighbours hate my singing & have complained so much I’ll get evicted if I do it again – but I won’t stop, I love it | The Sun

Best Valentine’s Day flowers 2022: Where to buy the cheapest roses and bouquets