KIDS have revealed the best things about being outdoors, including rolling down hills, collecting conkers – and getting muddy.

A study of 1,000 children aged six to 10 and their parents found jumping in puddles, climbing trees and making mud pies are also among children’s most-loved outside activities. 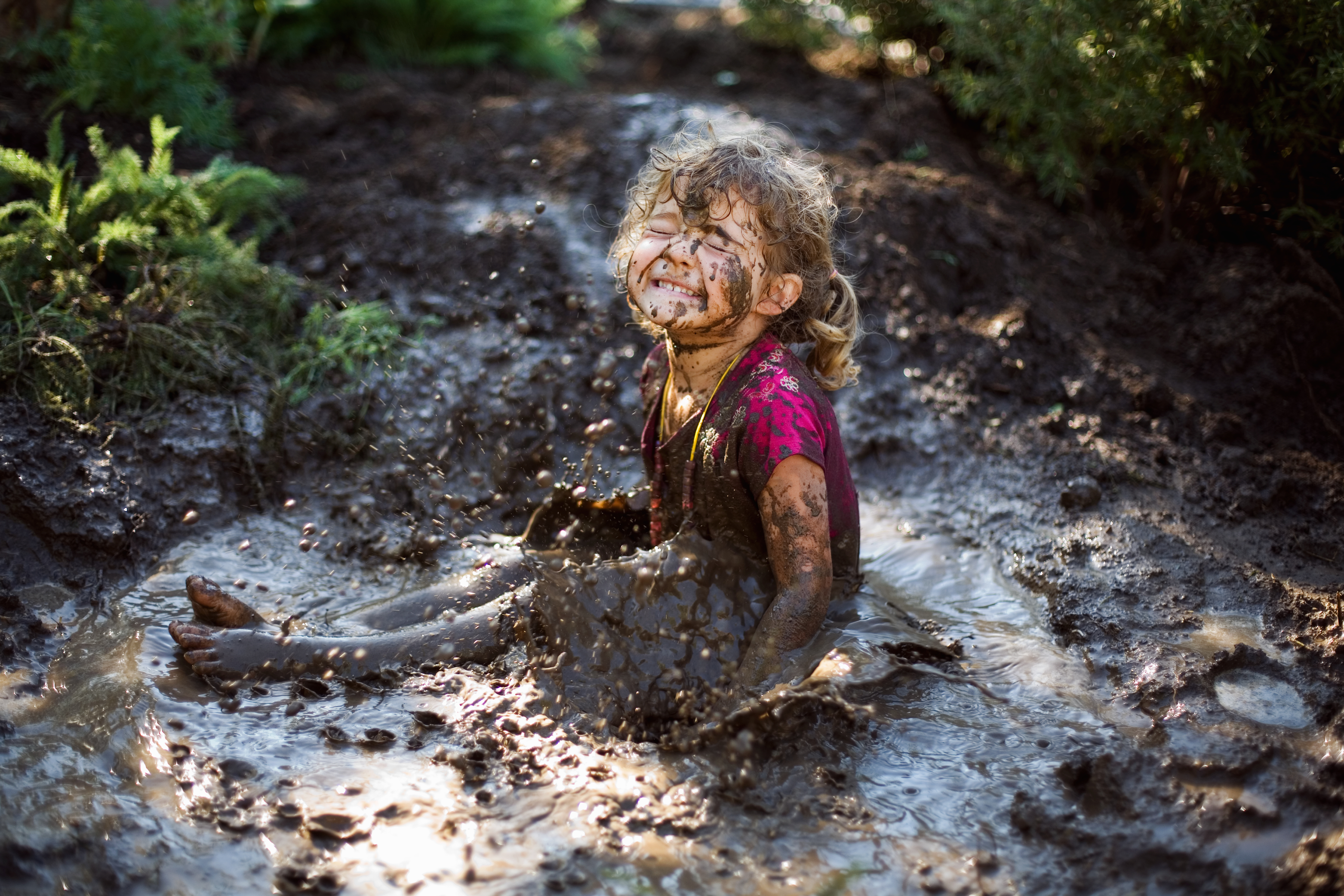 And despite today’s children being labelled the digital generation and viewed as tech-obsessed hermits by many, 58 per cent of them love being outside – even when it’s raining.

But not all parents share the same view, as 28 per cent admitted they will only venture outdoors with their little ones when the weather is nice.

It also emerged that other popular aspects of getting outside for children include having an ice cream, collecting shells and stones, and looking for tadpoles in ponds.

The research was commissioned by publisher Penguin Random House UK to launch its campaign ‘Peter Rabbit – Friend to Nature’ with ambassador Laura Brand.

A series of nature-based activities is being shared online every Friday in July to provide parents with inspiration for enjoying the outdoors with their little ones this summer.

Laura Brand said: “Being outdoors is an exciting place to be – there is so much to explore and to do – the possibilities are endless.

“So, it’s wonderful to see that so many kids have a love of nature and enjoy the open air – a view which might surprise those who think children only want to stare at screens.

“The research has also provided another noteworthy outcome – parents or guardians are clearly integral to their little one’s enjoyment of the great outdoors.”

Rolling down hills is another favourite, as is going on nature trails, and finding the biggest tree to climb.

A straightforward run around also goes down well, and so does riding their bike – in fact this emerged as the top thing kids like to do outside.

And few children are likely to turn down the chance to enjoy an ice cream or a tasty picnic – both of which also made the top 40.

TOP 40 BEST THINGS ABOUT BEING OUTDOORS – ACCORDING TO KIDS

All of this will be music to the ears of mums and dads with a whopping 92 per cent agreeing that playing outside is important for their child’s development.

However, 79 per cent admitted they want their kids to spend more time outdoors than they currently do.

So parents are trying to ignite a passion among their children for being outside – by teaching them ‘outdoor skills’ like riding a bike, bird watching, and surfing (59 per cent).

Around six in 10 (57 per cent) let their offspring help them while they’re gardening and 42 per cent read classic outdoors-orientated books.

It seems to be having the desired impact though as, given the choice, 68 per cent of kids prefer being outside over being inside, according to the OnePoll figures.

Izzy Richardson of Penguin Random House, which will mark Peter Rabbit's 120th birthday next year through a series of picnic parties, said: “With a host of digital technology and games consoles available to modern children it’s easy to forget that kids do actually like being outside.

“Of course, for parents, thinking of outdoors activities to enjoy as a family can be a struggle but as the research shows children have amazing imaginations and find enjoyment in the littlest of things.

“That said there are ways to enhance their experience of the outdoors even more which is why we have launched this series of filmed Peter Rabbit activities with Laura Brand, which we hope will inspire children and parents alike.”

'The Young and the Restless': Why the Death of Colleen Carlton Is One of the Show's Most Polarizing Storylines Ever

Where is Gangs of London filmed? – The Sun