NORTH Korea has been branded a "catastrophic threat" to global security as Kim Jong-un quietly preps his nukes and keeps his coffers flush.

Kim's regime is pressing on with its quest for nuclear weapons – which it is funding through massive cyber heists, carrying out illegal trades, and even selling arms to terrorists. 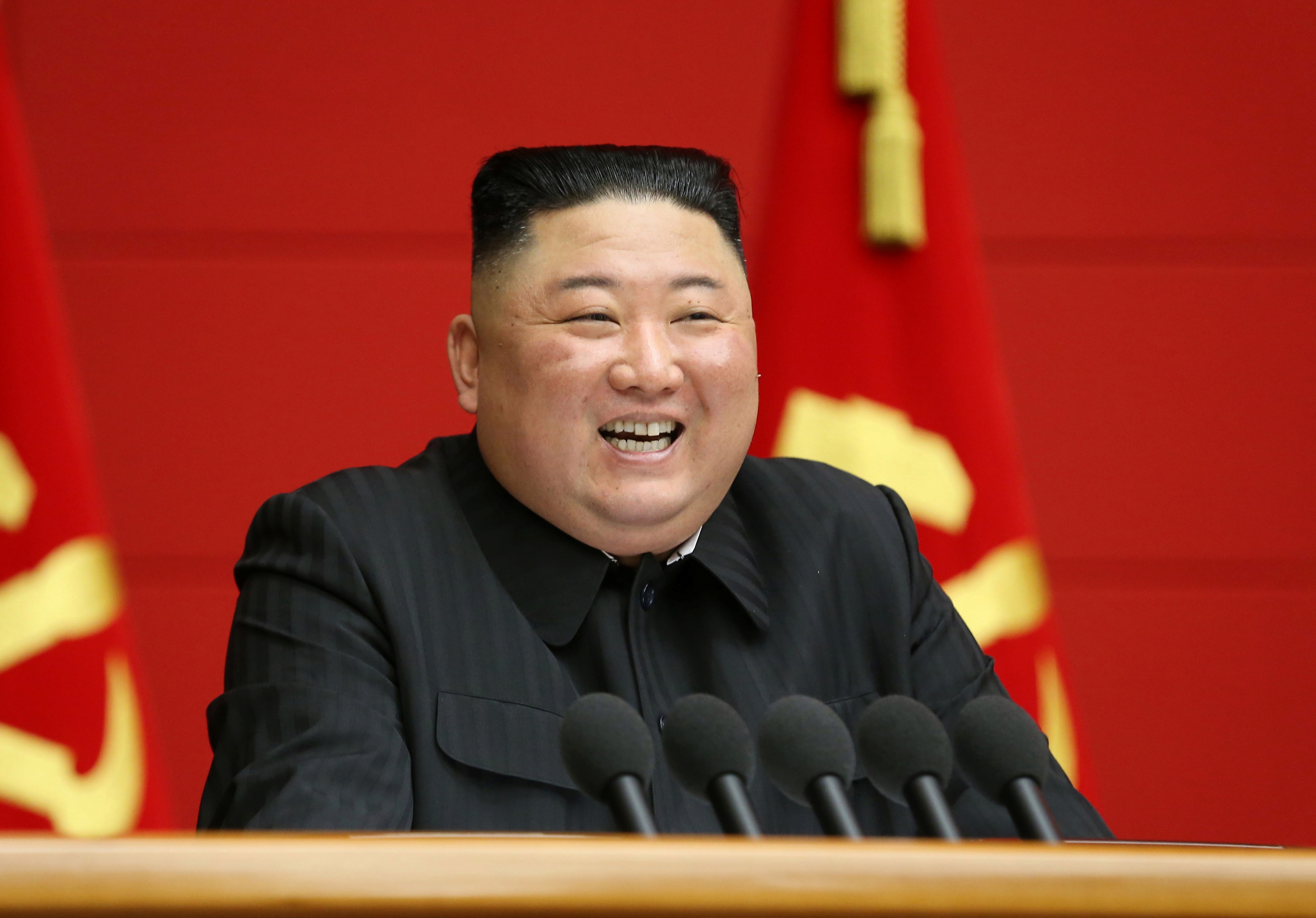 Experts told The Sun Online of the ongoing threat posed by North Korea as US President Joe Biden prepares to meet what is likely going to be one of the major international issues of his time in the White House.

Scott Snyder, a senior fellow for Korea studies at the Council For Foreign Relations, told The Sun Online the regime is the most "potentially catastrophic security threat" in 2021.

The renegade state yesterday reportedly launched two ballistic missiles into the Sea of Japan, confirmed US officials and the Japanese Coast Guard, as Kim Jong-un resumed his war-mongering military tests.

The offensive was North Korea's second missile test in less than 24 hours after around 12 months of inactivity.

Authorities in Japan reported that at least one "projectile" believed to be a ballistic missile had been launched from North Korea on Wednesday.

Minutes later, a US official told Fox News that the state fired two short-ranged ballistic missiles – capable of carrying a nuclear warhead – into the Sea of Japan.

The launches come as North Korea has already lashed out at Biden with a scathing rebuke by Kim Jong-un's sister Kim Yo-jong, and reportedly Pyongyang has already refused to engage with efforts by Washington to reopen communication.

Kim and former president Donald Trump had enjoyed something of a bromance, but despite overtures of friendship all progress stalled following the collapse of the Hanoi summit in 2019.

The regime is believed to be steaming ahead with its nuclear weapons programme – unveiling two new types of missile in the past few months – despite ongoing economic hardship for North Korea.

And earlier this month, it was reported that North Korea could start testing nuclear bombs again after satellite photos revealed new activity at the site where its weapons are stockpiled.

The secretive state reportedly stashes all its nukes at an underground facility at Yongdoktong, in the North Pyongan Province.

But now it appears that the Kim regime has erected a new building to hide the entrances, fuelling speculation the dictator will soon try to move his nukes unnoticed.

It comes amid fears the country had revived its coal-fired steam plantat the Nuclear Science and Weapons Research Centre after a two-year hiatus as smoke has been spotted at the site since late February, suggesting secret extraction of plutonium to make more warheads.

Experts explained to The Sun Online the regime continues to keep its coffers flush with enough cash for its weapons despite facing crushing UN sanctions. 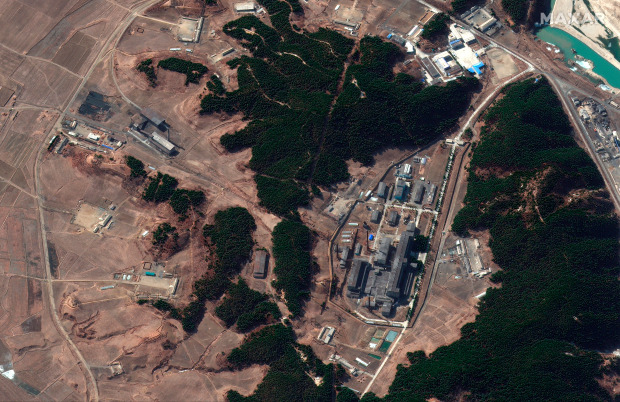 Satellite photos have continued to show that preparations continue at key sites in the North Korea nuclear programme – such as the underground facility at Yongdoktong.

New buildings erected around the site have been suggested to be potential evidence of a coming weapons test, with the base housing North Korea's estimated four dozen nuclear weapons.

Other images have suggested that North Korea is secretly extracting plutonium with the eye to build more warheads as smoke was spotted rising from a key fuel processing plant at Yongbyon.

And the rogue state is believed to have been enriching uranium throughout the winter, with the nation feared to have enough material to build at least 45 nukes.

North Korea last year tested a series of smaller missiles – but has not carried out any large scale tests since November 2017.

Ms Varriale told The Sun Online that Kim could restart weapons testing in a bid to send a message to the US and "bump themselves up the agenda" with Biden.

She described Kim is being in a "sweet spot" where North Korea has already shown off what it can do – and now can quietly continue to develop weapons. 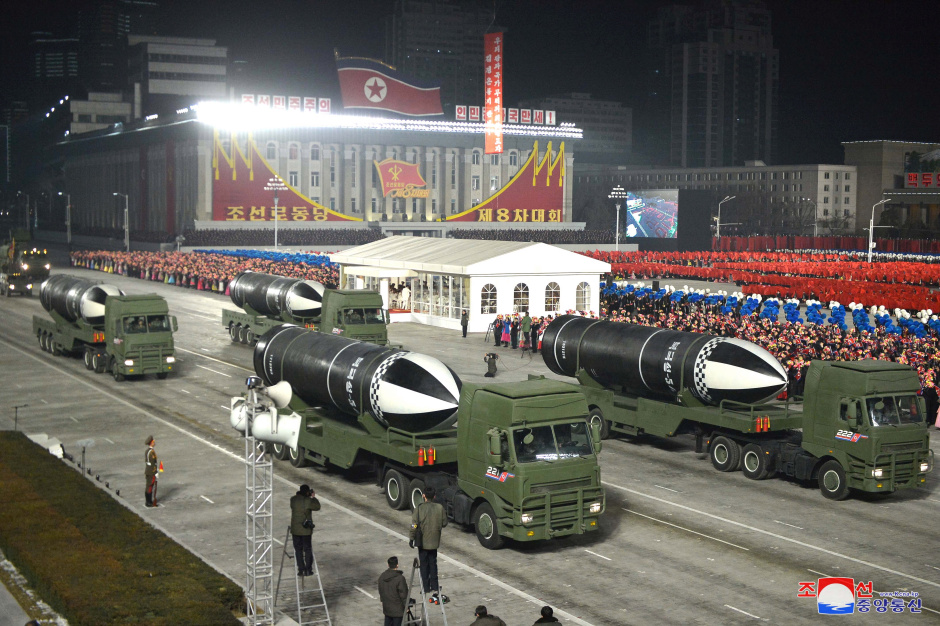 North Korea has flaunted two new weapons in recent months – its biggest ever ICBM, dubbed the Hwasong 16, and a new submarine-launched missile, which Kim hailed as the "world's mightiest weapon".

Both represent steps forward in Kim's growing arsenal, and it is feared Pyongyang is going to continue to develop even mightier weapons – potentially even joining the hypersonic arms race.

Kim ordered his military to develop new weapons such as hypersonic nukes, nuclear submarines and spy satellites in a speech celebrating his birthday in January.

Mr Snyder told The Sun Online that Kim has been "transparent" about his intentions to develop more weapons over the next five years.

He said: "What is harder to predict is how realistic these aspirations are, but the past record suggests the likelihood of ongoing progress toward these aims."

Dr Pancho added he expected a return of weapons testing if Biden adopts the "maximum pressure" approach – but he expects the White House may attempt to be "more measured". 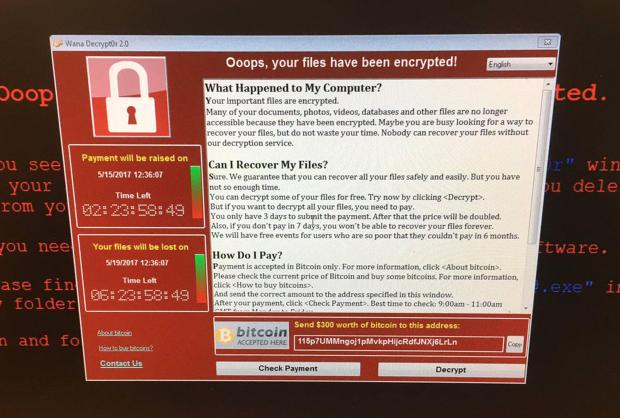 Kim is believed to be paying for much of these new weapons with various illegal activities – one of the most prolific being cyber crime.

North Korean hackers are believed to have stolen potentially millions of dollars in electronic cash and cryptocurrency through elaborate computer heists on banks and companies.

It comes as the US charged three of Kim's hackers over a plot to steal $1.3billion for the regime, and they are also believed to have been responsible for the infamous WannaCry ransomware attack in 2017.

Dr Pancho explained: "Cyber activities and cyber heists continue as far as we are aware.

"Obviously they are not being made public, we only know about the ones which have not been successful."

He told The Sun Online that Kim's cyber activities are likely his "main source" of income at the moment due to the border closures due to Covid. 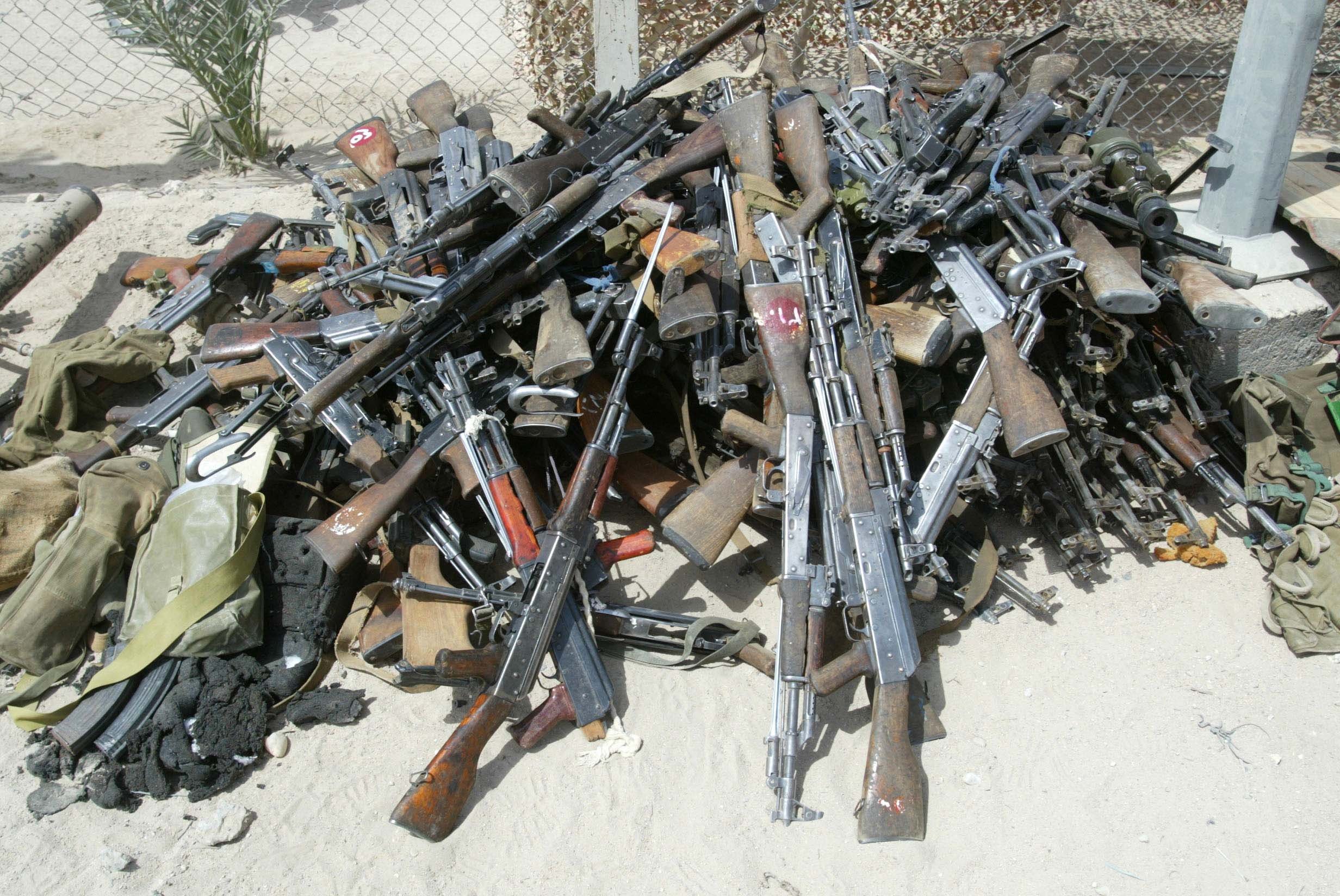 Along with the cyber crime, North Korea is also believed to earn cash through arms deals – potentially even selling weapons to terrorist groups.

Syria, Iran, Somalia and many more nations are all believed to have purchased weapons in under-the-table arms deals with North Korea.

And in 2016, an arms deal was busted as the US found a ship sailing from Kim's kingdom to Egypt was carrying $23million worth of RPGs.

Ms Varriale explained in the past North Korea is believed to have armed terrorist groups like Hamas and Hezbollah.

The expert urged the world to keep a "closer eye" on North Korea's arms deals – saying any links to terrorist groups could be intertwined with support for its allies, such as Iran and Syria.

The expert added: "If the economy is under additional pressure at the moment due to Covid-19, North Korea might be proactively looking abroad for customers." 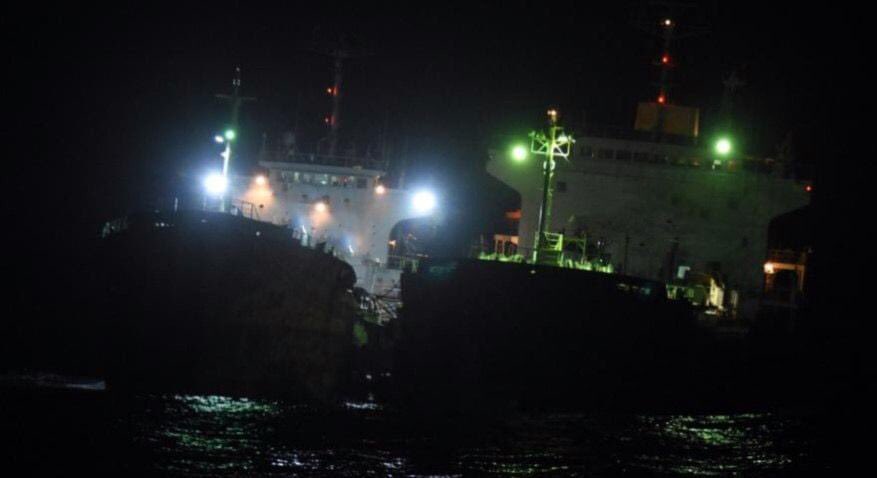 Another of Kim's favourite ways to rake in cash is through trades on the black market as it tries to dodge UN sanctions.

Coal, oil and iron are believed to be just among some of the commodities traded by North Korea – usually with its closest ally China.

It comes as just last week a French warship intercepted a suspected North Korean tanker which was making an illegal oil transfer in the East China Sea.

However he added Kim's coffers may have taken a hit as North Korea closed its borders due to Covid – but some less obvious trades may continue.

North Korea is also believed to smuggle and trade illegal wildlife parts such as rhino horns, counterfeit cigarettes and medicines, and even hard drugs like meth. 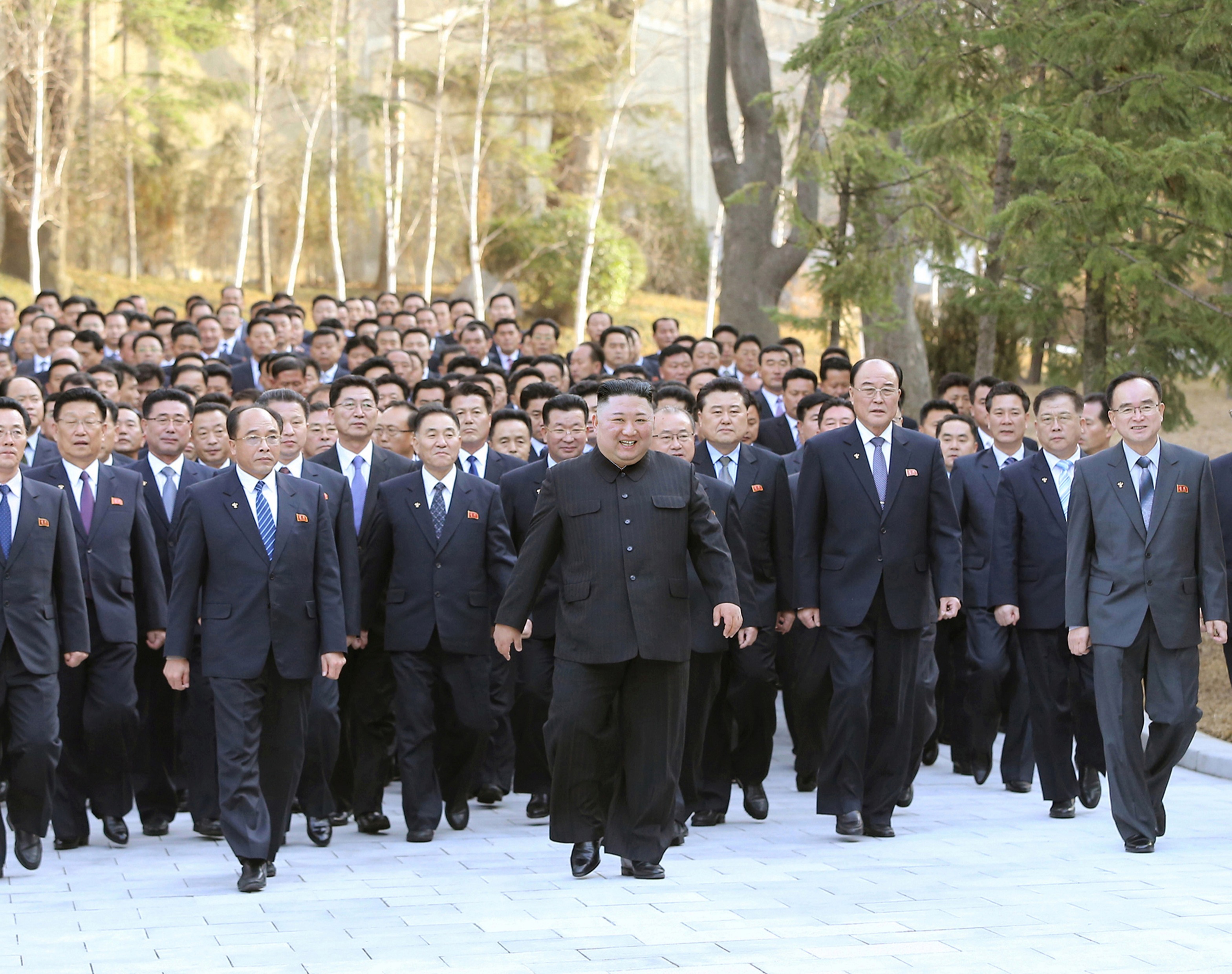 Kim is unlikely to give up his nukes unless somehow his position as North Korea's undisputed tyrant is placed under threat – and that is not looking likely as he rules with an iron grip.

Defectors previously told The Sun Online that Kim's position of total power has "never been stronger" despite the ongoing hardship in the poverty stricken nation.

She said: "What this means in practice is that market activity could be severely restricted, which limits opportunities for ordinary people to generate sufficient income."

Mr Snyder added there are "no publicly known or active sources of internal dissent" in North Korea – and said the Covid quarantine has been used by Kim to enhance his "political control". 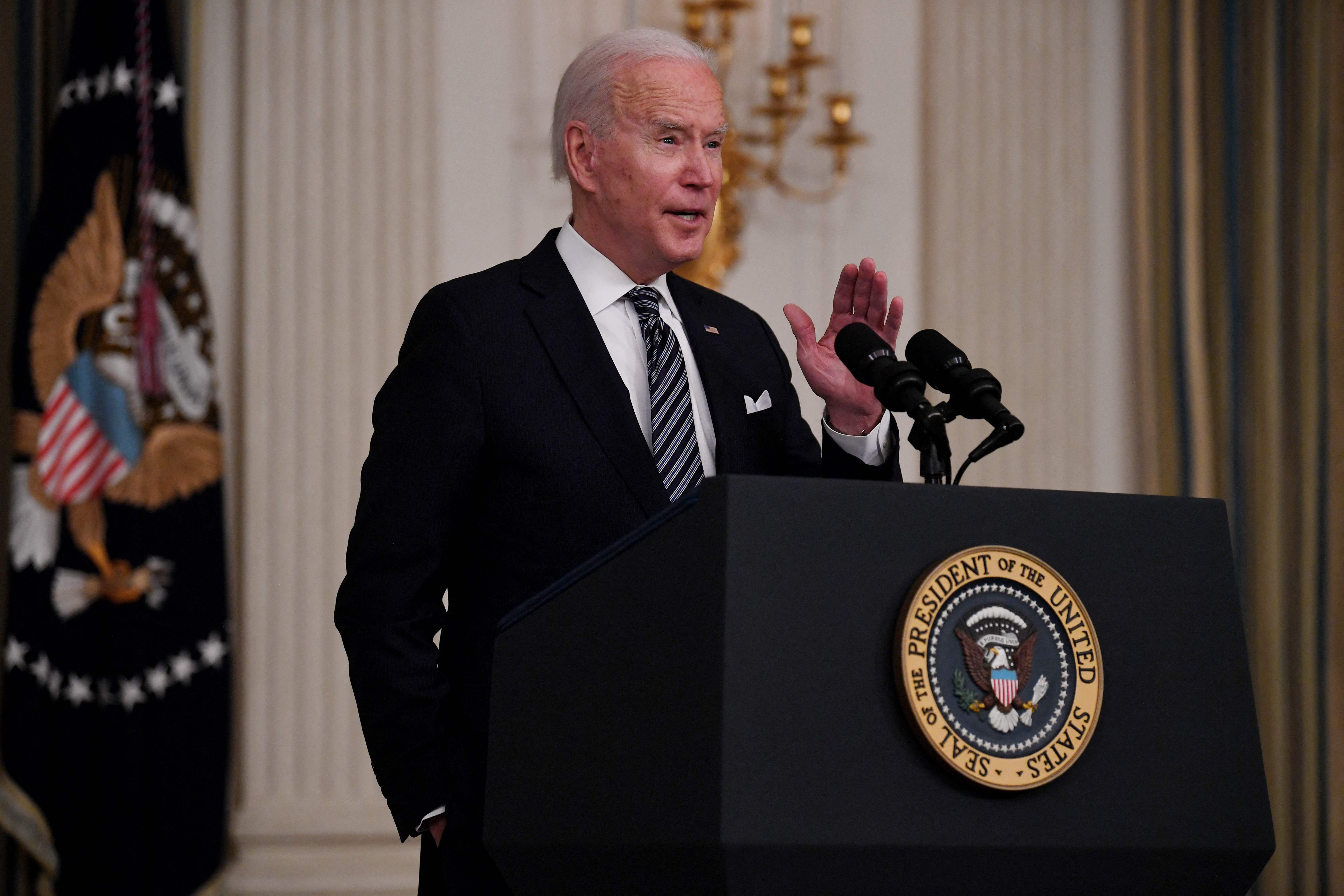 North Korea is likely to face a different beast when it begins to engage with the Biden administration after two years of high profile and glamourous overtures with Trump.

Biden has reportedly ordered a review of US policy on North Korea as he weighs further actions against the regime.

US Secretary of State Antony Blinken said the administration views North Korea as a "growing problem" that "has gotten worse across administrations."

Ms Varriale told The Sun Online: "Biden is already shifting slightly from the approach Trump took in that he is prioritising coordination with allies, especially South Korea and Japan.

"And if the Biden review concludes diplomacy is a policy priority, it will likely want to include substantive, working level diplomacy rather than just glitzy high-level summits,"

Mr Snyder added: "The main difference from the Obama administration is Blinken's clear admission that the North Korea threat has grown, and therefore implicitly that strategic patience cannot be an option."

Meanwhile, Dr Pancho said: "From what I know talking to people in Washington, Biden will look to be more balanced than Trump on North Korea.

"The sanctions will not be going anywhere, but there will be more engagement at the working level – and its clear to everyone that Biden has no incentive to meet with Kim Jong-un."

Shay Mitchell and Kendall Jenner Are Bringing This Retro Swimsuit Back

Fauci: New COVID-19 vaccines could be ‘weeks away’ from possible approval