NORTH Korean leader Kim Jong Un posed next to a nuclear missile as he warned "hostile" policies from the US and South Korea could lead to war.

Kim made the remarks while standing beside North Korea's largest missiles, declaring that Pyongyang was only increasing its military in self-defence and not to start a war. 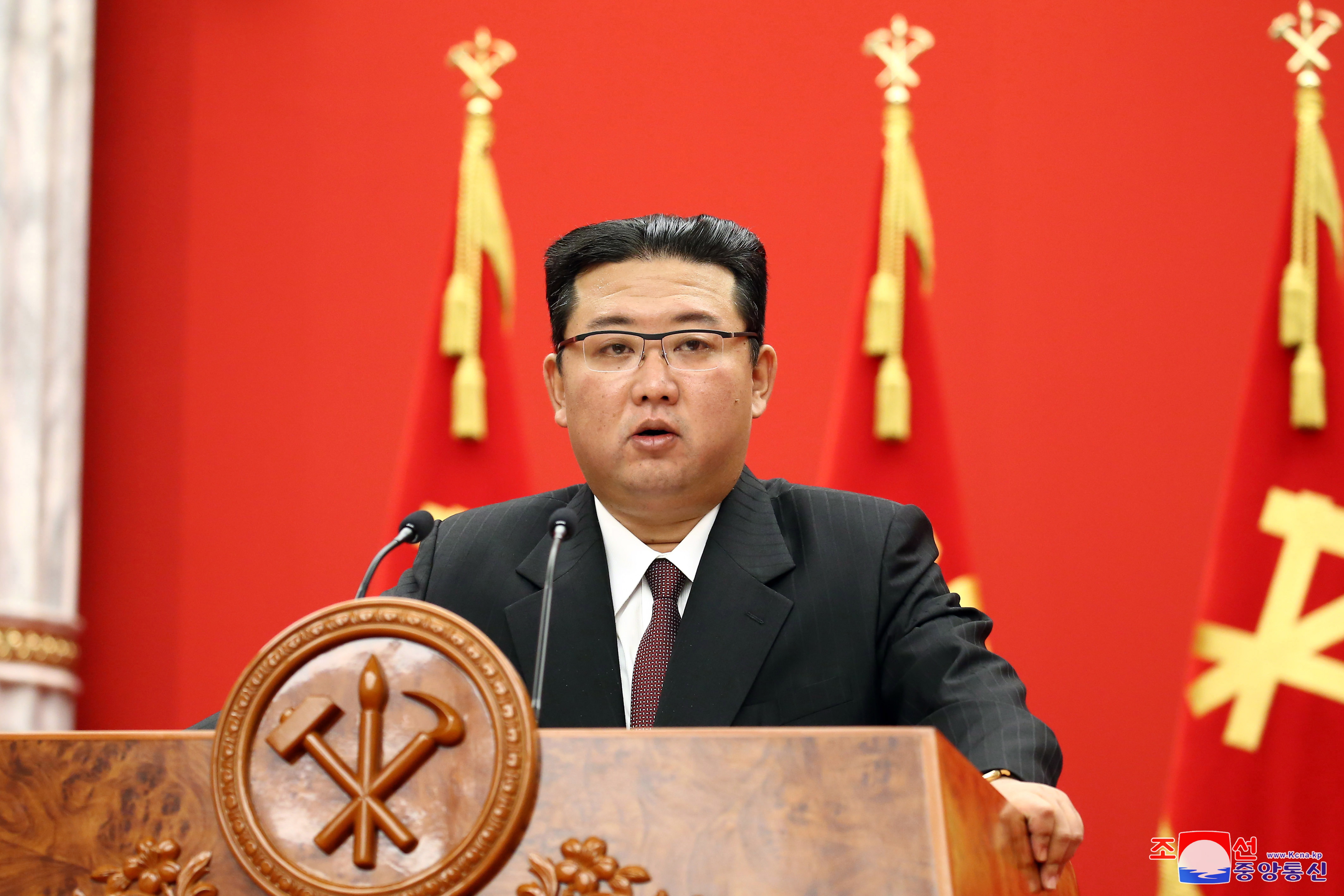 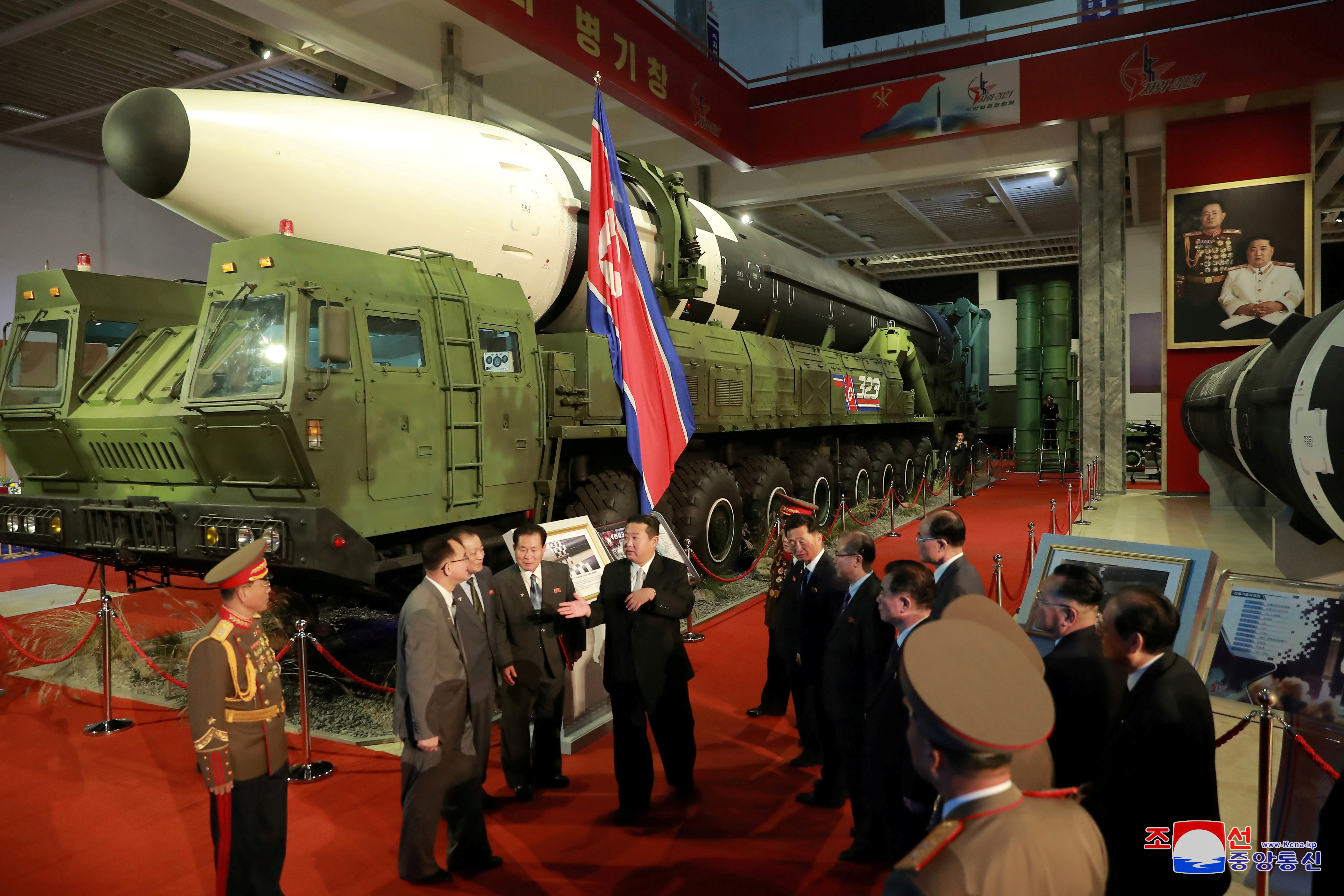 The leader made the comments in a speech at the Defence Development Exhibition on Monday, according to a report by state news agency KCNA.

Kim was standing next to a variety of weapons, including the country's intercontinental ballistic missiles (ICBMs), photos in the ruling party newspaper Rodong Sinmun showed.

Among them was the Hwasong-16, North Korea's largest ICBM, unveiled at a military parade in October 2020, but not yet test fired.

"We are not discussing war with anyone, but rather to prevent war itself and to literally increase war deterrence for the protection of national sovereignty," he said, adding that North Korea's main enemy is "war itself".

The two Koreas have been in an accelerating arms race, with both sides testing increasingly advanced short-range ballistic missiles and other hardware.

North Korea has pushed ahead with its missile programme, and analysts say it has begun a major expansion of its main nuclear reactor, used to produce fuel for nuclear bombs.

The United States has said it is willing to hold diplomatic talks at any time with North Korea. Pyongyang has said it is not interested as long as Washington maintains policies such as sanctions and military activities in South Korea.

The United States' assertions that it holds no hostile feelings toward North Korea are hard to believe in the face of its continued "wrong judgments and actions," Kim said, without elaborating.

When he arrived in Washington on Monday, Suh told reporters he planned to discuss President Moon Jae-in's proposal for a formal declaration ending the 1950-1953 Korean War – which ended in an armistice, not a formal peace treaty – and for possible easing of sanctions on North Korea, Yonhap news agency reported.

Last week the two Koreas restored their hotlines that the North severed months ago, with Pyongyang urging Seoul to step up efforts to improve relations after criticising what it called double standards over weapons development. read more

South Korea's "unrestricted and dangerous" efforts to strengthen its military is "destroying the military balance in the Korean peninsula and increasing military instability and danger," Kim said in his speech on Monday.

"Under the absurd pretext of suppressing our threats, South Korea has openly expressed its desire to gain an edge over us in military power on various occasions," he added. 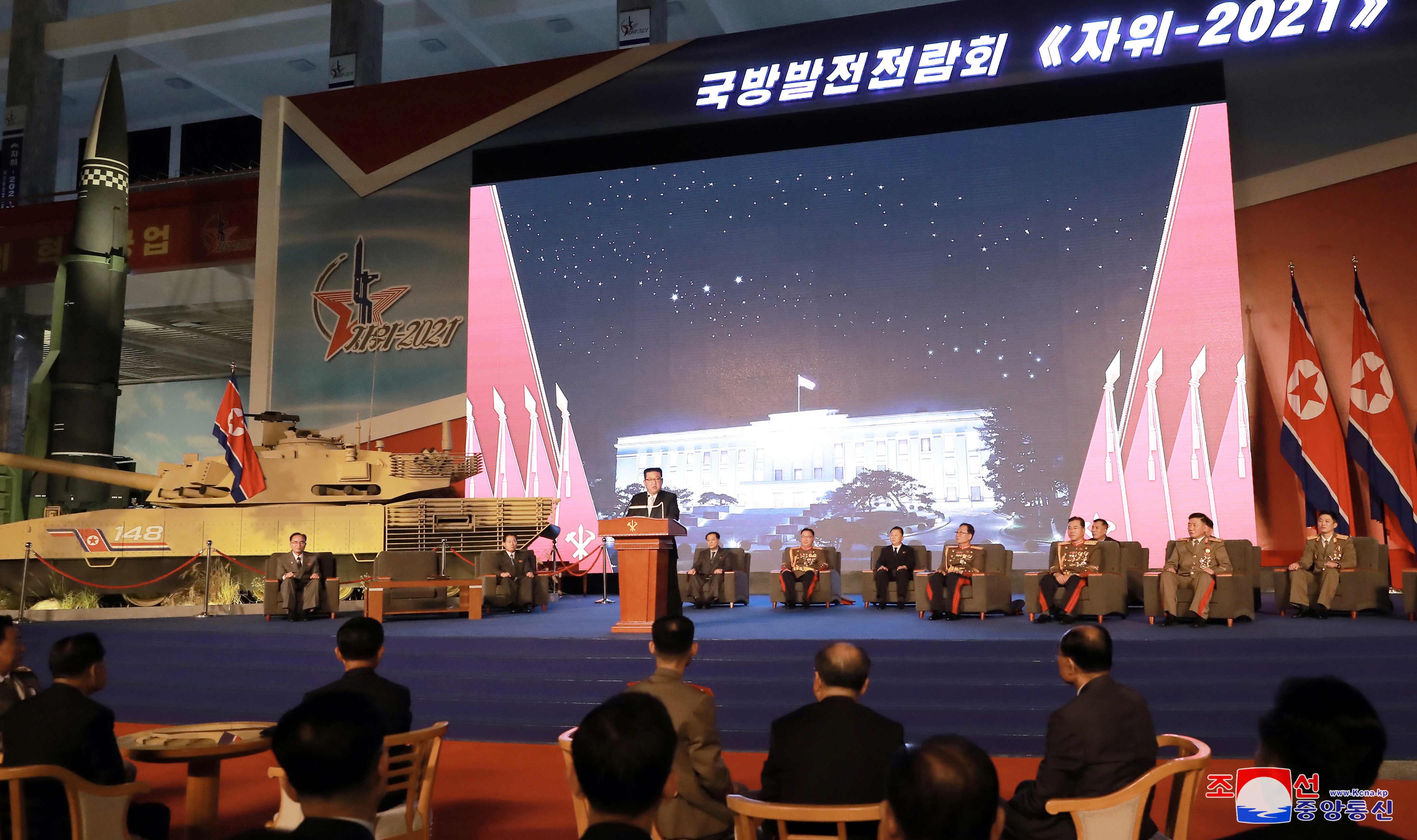 'NCIS': You Won't Believe Which 'This Is Us' Stars Had Cameos Before They Made It Big

Who is Olivia Colman's husband Ed Sinclair, when did he marry the Peep Show actress and how many children do they have?