Kobe Bryant may be retired, but “Mamba Mentality” isn’t.

The former Los Angeles Lakers great known for his ruthless competitiveness that showed up in forms like belittling teammate Smush Parker and taunting opponents is now coaching his daughter’s youth basketball team.

That team comprised of girls around 13 years old recently posted a fourth-place finish that Bryant noted on his Instagram page.

To the surprise of nobody, there appears to have been no joy in the occasion.

Aside from the look of absolute melancholy on each of the young girls’ faces, the post features Bryant mocking the team’s finish as “fourth place ‘winners’” and goes the extra mile to shame a player for daring to prioritize something ahead of playing basketball for Kobe Bryant. 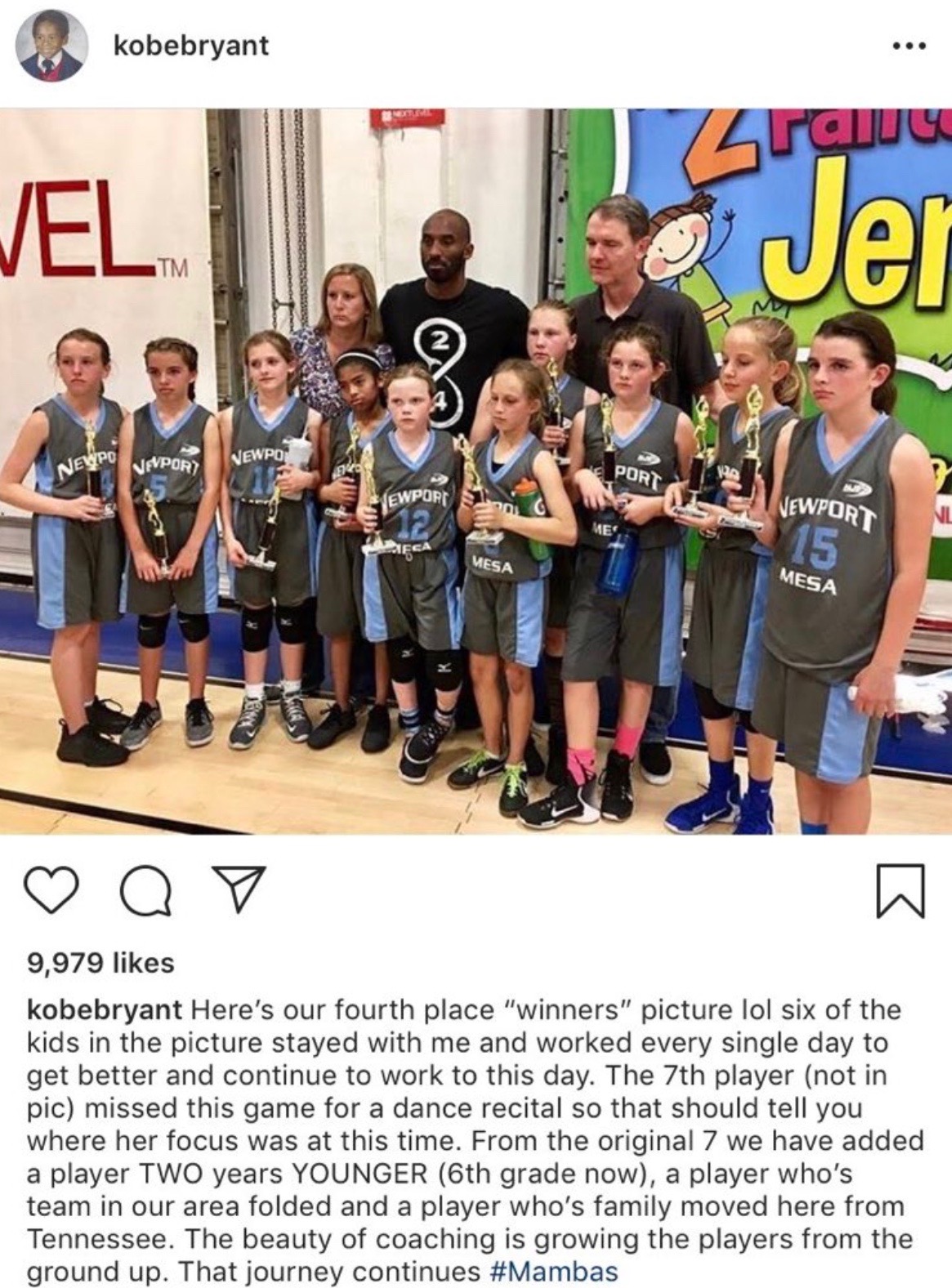 ‘That should tell you where her focus was’

“The 7th player [not in the pic] missed this game for a dance recital so that should tell you where her focus was at the time,” Bryant wrote.

Ouch. There will be no exploring passions as a young adult on Kobe’s watch. Unless, of course, that passion happens to be basketball.

Apparently even Kobe thought his original assessment of said dancer was a little harsh. The above image is a screenshot of the original post.

He has since published a version that’s been slightly amended.

Here’s our fourth place “winners” picture lol six of the kids in the picture stayed with me and worked every single day to get better and continue to work to this day. The 7th player (not in pic) missed this game for a dance recital so that should tell you where her focus was at this time, meaning she enjoyed dance more than ball which is fine. Now? She eats sleeps and breaths the game.So from this original group of 7 we have added a player TWO years YOUNGER (6th grade now), a player who’s team in our area folded and a player who’s family moved here from Tennessee. The beauty of coaching is growing the players from the ground up. That journey continues #mambas #2yearsago

The reworked section of the post reads as follows:

“The 7th player (not in pic) missed this game for a dance recital so that should tell you where her focus was at the time, meaning she enjoyed dance more than ball which is fine.”

And posted a happier photo of his team.

Lest Bryant be portrayed as a taskmaster focused only on negative reinforcement, a post from earlier in the week demonstrates otherwise.

His girls posted a 115-27 victory in another game.

Bryant was all about that.

How French women stay fabulous after 50

Passenger plane 'is almost SHOT DOWN by Syrian air defences

British aid is 'funding the construction of hotel in Mozambique'