Even after the revelation that two senior officers from the Russian secret service, the GRU, were directly responsible for the Novichok nerve agent attack in Salisbury, the Labour leader was STILL bending over backwards to excuse his pal President Vladimir Putin from full culpability. 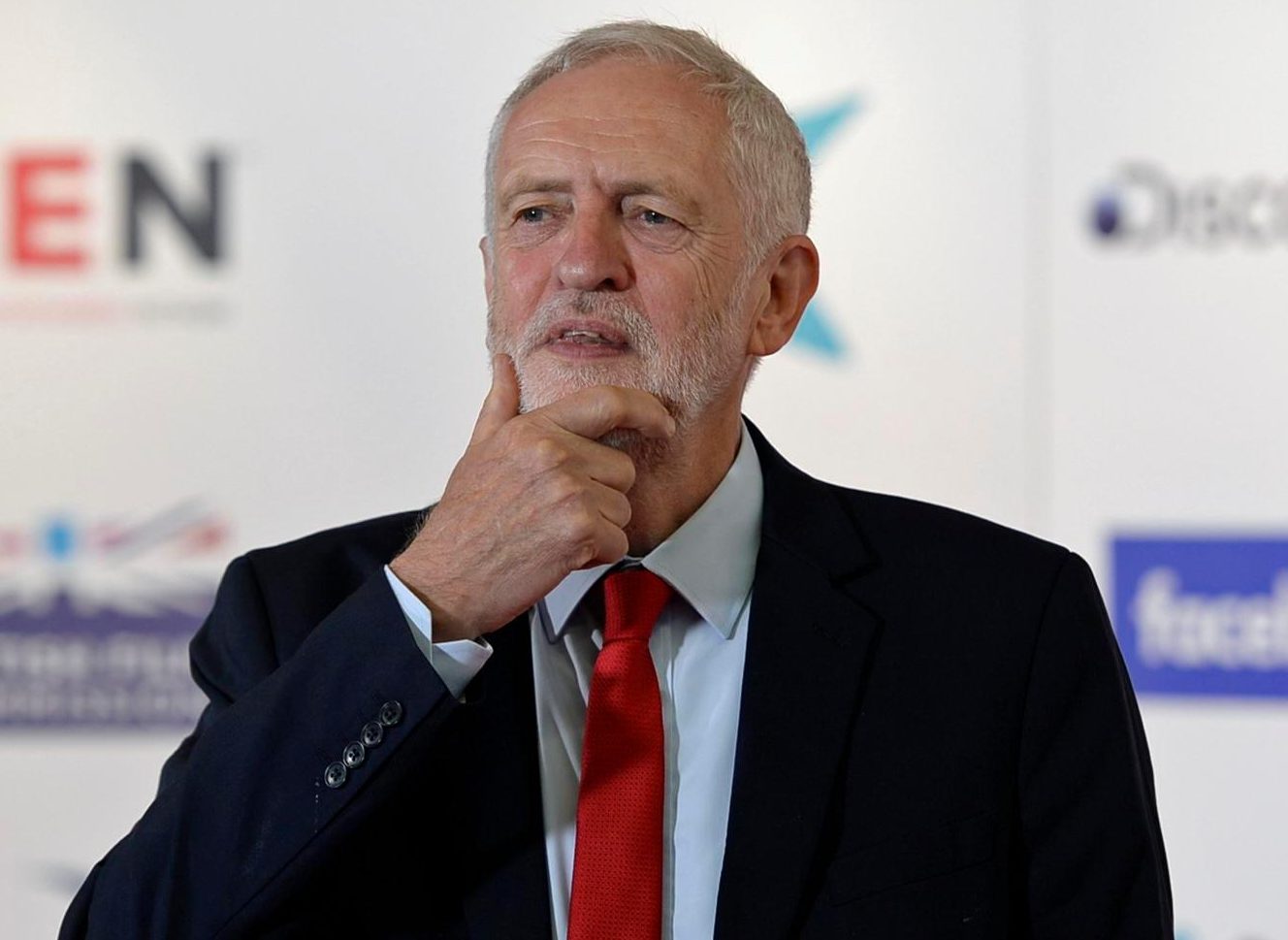 Who does Corbyn think the GRU answers to?

Some 250 detectives and intelligence officers sifted through 11,000 hours of CCTV footage, matching it with historic MI6 and GCHQ surveillance footage, before unmasking Russians Alexander Petrov and Ruslan Boshirov as the would-be assassins of ex-Russian double agent Sergei Skripal and his daughter Yulia.

But even faced with an avalanche of damning evidence that it was a state-sanctioned hit, Corbyn still cowered behind weasel words that refused to unequivocally condemn Putin’s Russia. Jezza would only go as far as saying “evidence points strongly” to someone — but who knows who? — in the Kremlin. 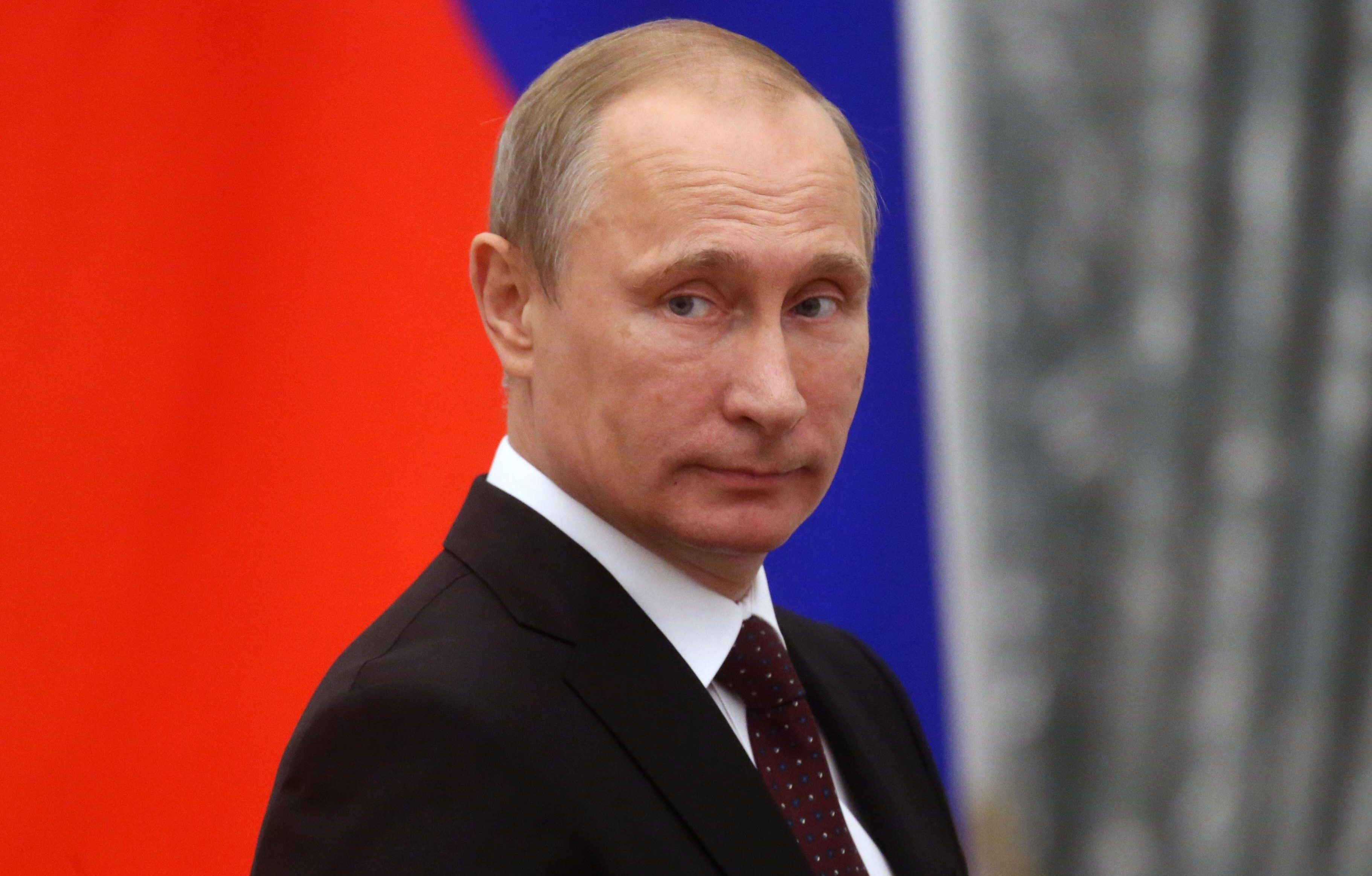 In the House of Commons, Corbyn said he wished to “condemn” the British police for their efforts but that was an unfortunate slip of the tongue and he quickly changed this to “commend”. Whoops!

The Labour leader and Russian stooge actually had the nerve to ask Theresa May what she was doing to secure the Kremlin’s co-operation in bringing the two Russian hit men to justice.

What would it take for Corbyn to admit that the Russian state brought Novichok to Salisbury?

From Islamic terrorists to IRA killers to military assassins from Putin’s gangster fiefdom, Jeremy Corbyn always, ALWAYS takes the side of any murdering thugs who hate us. 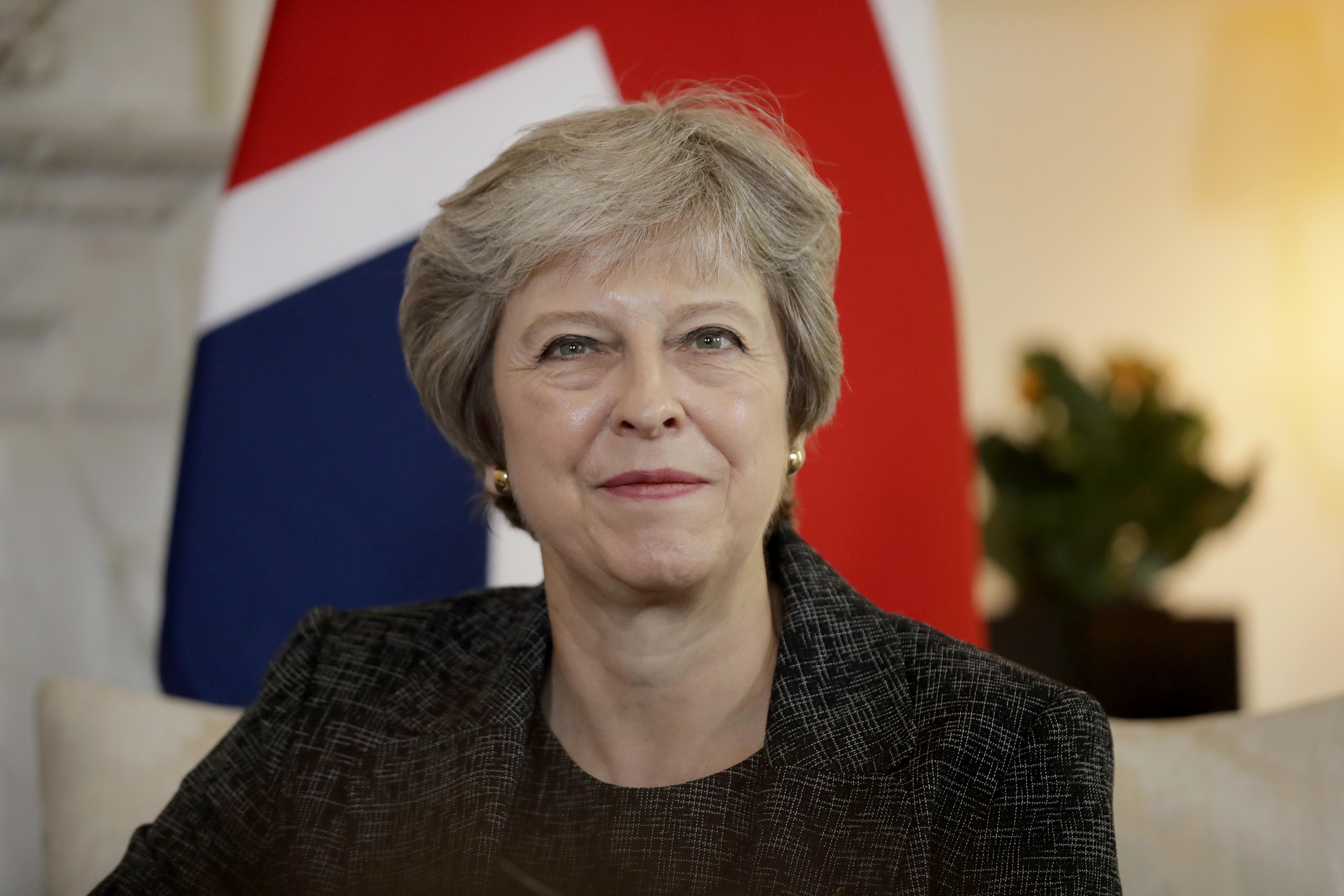 At the height of the Blitz, you can imagine him telling the British they had brought the destruction of their cities upon themselves with their wicked history of colonial imperialism and, come to think of it, he would like to see a bit more evidence that the widely misunderstood Luftwaffe were truly to blame.

There are multiple reasons why Jezza can never — and surely will never — be Prime Minister.

His spineless tolerance of bigots and bullies. His gormless economic policies that would turn us into the Venezuela of northern Europe. But all of Corbyn’s faults, foibles and outright lunacies pale next to his total loathing for the country he seeks to lead.

Jeremy Corbyn must never be Prime Minister because he truly does not have one patriotic blood cell or bone in his body. 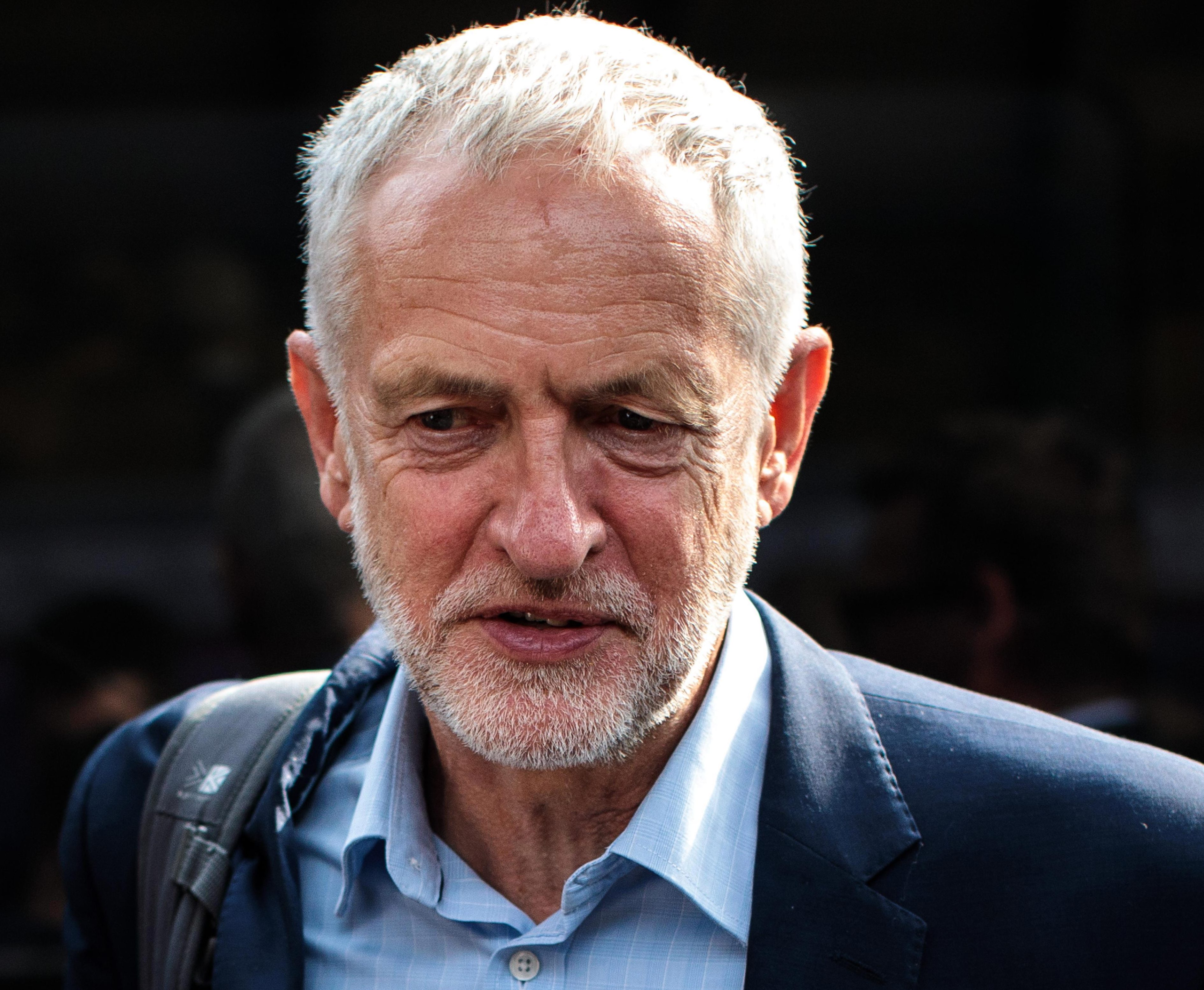 A senior security official reveals the dosage smuggled in for the botched Novichok hit was enough to kill 4,000 people.

But if they killed the man they despised for being a double agent, the Russians would not give a damn if thousands perished.

Jeremy Corbyn can never become Prime Minister for the simple reason he despises this country and all it stands for.

When the IRA attempted to murder Margaret Thatcher’s government in Brighton, Corbyn’s response was to invite Sinn Fein for tea and biscuits at the House of Commons. Hamas and Hezbollah are his “friends”. Now he happily plays Putin’s poodle.

How about some tea and biscuits for Putin, Jeremy?

Corbyn says he hates all violence and condemns it in the strongest possible terms.

Unless, of course, the violence is directed at the British people.

OH BORIS, Boris, Boris. Just as Brexit teeters on the edge of possible catastrophe, just when it seems that the votes of 17.4million people will be betrayed and we might live our lives with Brussels’ boot on our throats, here come the ­front-page headlines about “Bonking Boris” and his forthcoming divorce.

Just what the nation needs. 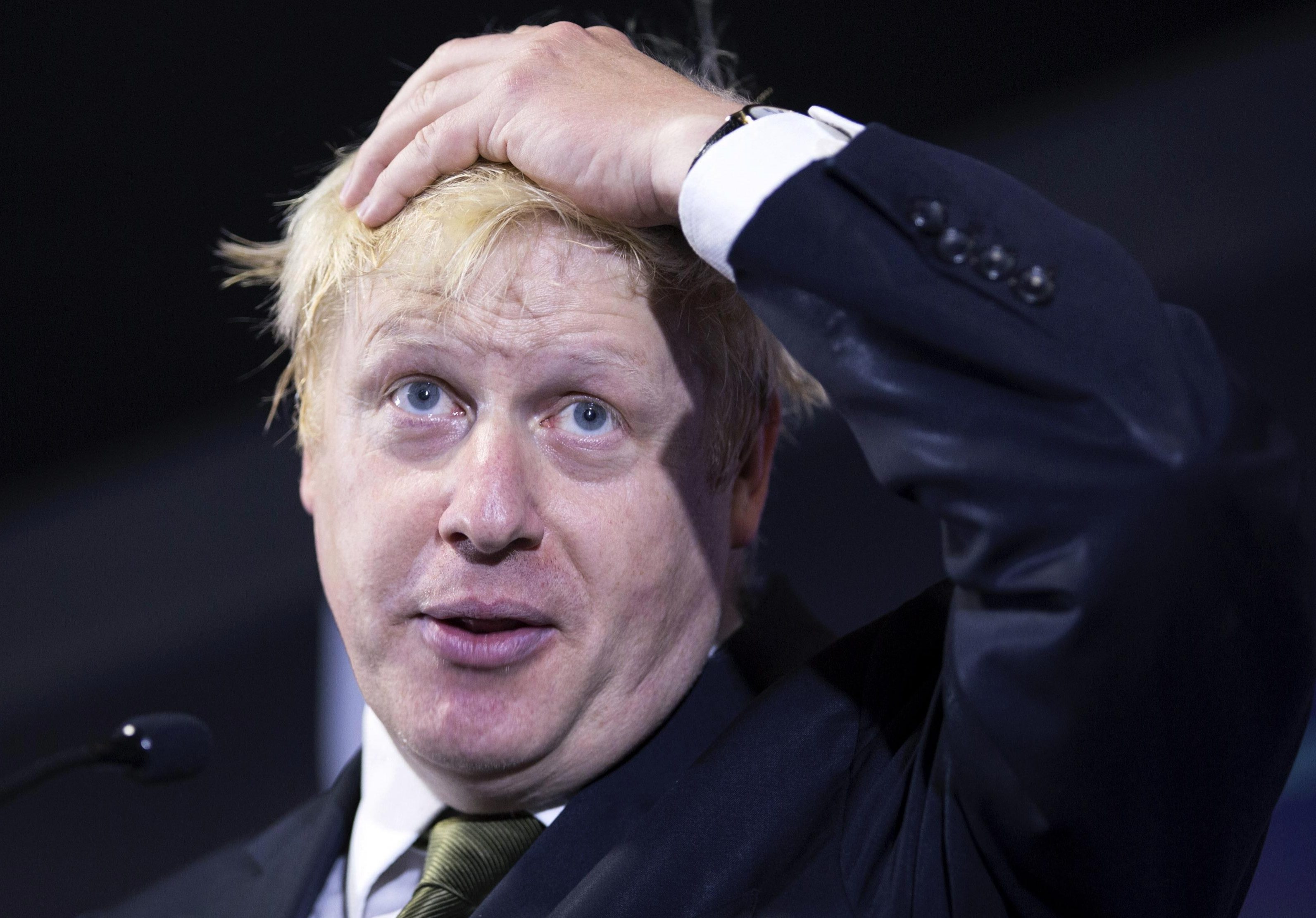 There are those who know Boris well who are implacable in their belief that he is ultimately unfit to be Prime Minister. These voices include Boris’s old editor (and mine) at The Daily Telegraph, Sir Max Hastings.

And I always thought that Max Hastings and the rest of the Boris-sceptics were wrong, that Boris would quit the fantasy that he is some kind of roly-poly lover man and, quite frankly, keep it zippered. And finally grow up.

But “Bonking Boris” headlines reporting that he and his wife Marina Wheeler have separated don’t inspire confidence that the Barry White of the Bullingdon Club is the man to lead us into the sunlit uplands of a bright, post-Brexit tomorrow.

There is a theory that these reports of the couple’s separation are coming out now so that they do not appear in the middle of a Tory leadership contest, or when Boris is upstaging Theresa May at the Tory party conference next month. 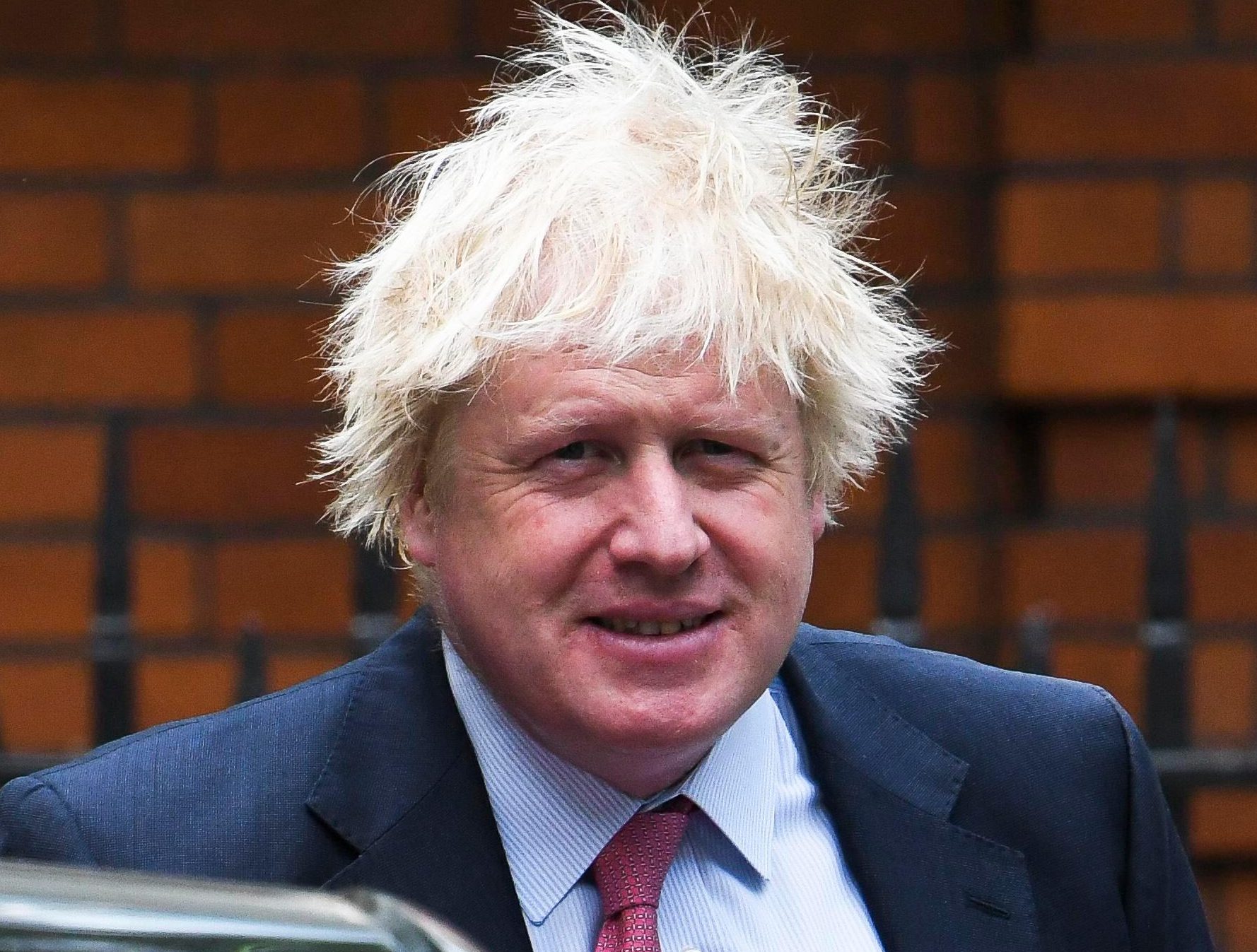 Maybe. But it is still not a good look. And beyond the sadness of any family that comes apart, this is inevitably going to throw a black cloud over his bid for the leadership.

The sophisticated metropolitans might forgive Boris all his infidelities.

Grassroots Tories – and the ordinary people of Middle Britain – are not so broad-minded. My mum never voted Tory in her life but I think she may have voted for Boris.

Would my mum vote for Boris if his loyal, lovely wife no longer wants him around? I doubt it.

PUTTING A SPRING IN OUR STEPS

The reasons for staying home include our unpredictable weather, the demands of children, mobility issues and the lack of a companion.

But there are still around nine million of us who get up every morning and stroll around outdoors, whatever the season and whatever the weather.

They call us dog owners.

THE best thing about the GQ Men Of The Year Awards was the music.

Johnny Marr started proceedings with a brilliant rendition of The Smith’s How Soon Is Now?, while John Legend closed the show with his love song All Of Me that was so silky smooth it was worthy of Marvin Gaye.

Prince Charles, introduced as “Our future king” by GQ editor Dylan Jones, won a Lifetime Achievement Award for philanthropy and there were moving testimonies from those who had been given a start in life by the Prince’s Trust, including Idris Elba.

There was no question who deserved the prize for the best-dressed woman – Kate Beckinsale.

This is Germany falling

THE doom mongers of Project Fear confidently predicted that Brexit would cause an increase in xenophobic, racist violence on the streets of Britain.

It did not happen here. But it is certainly happening in Germany. 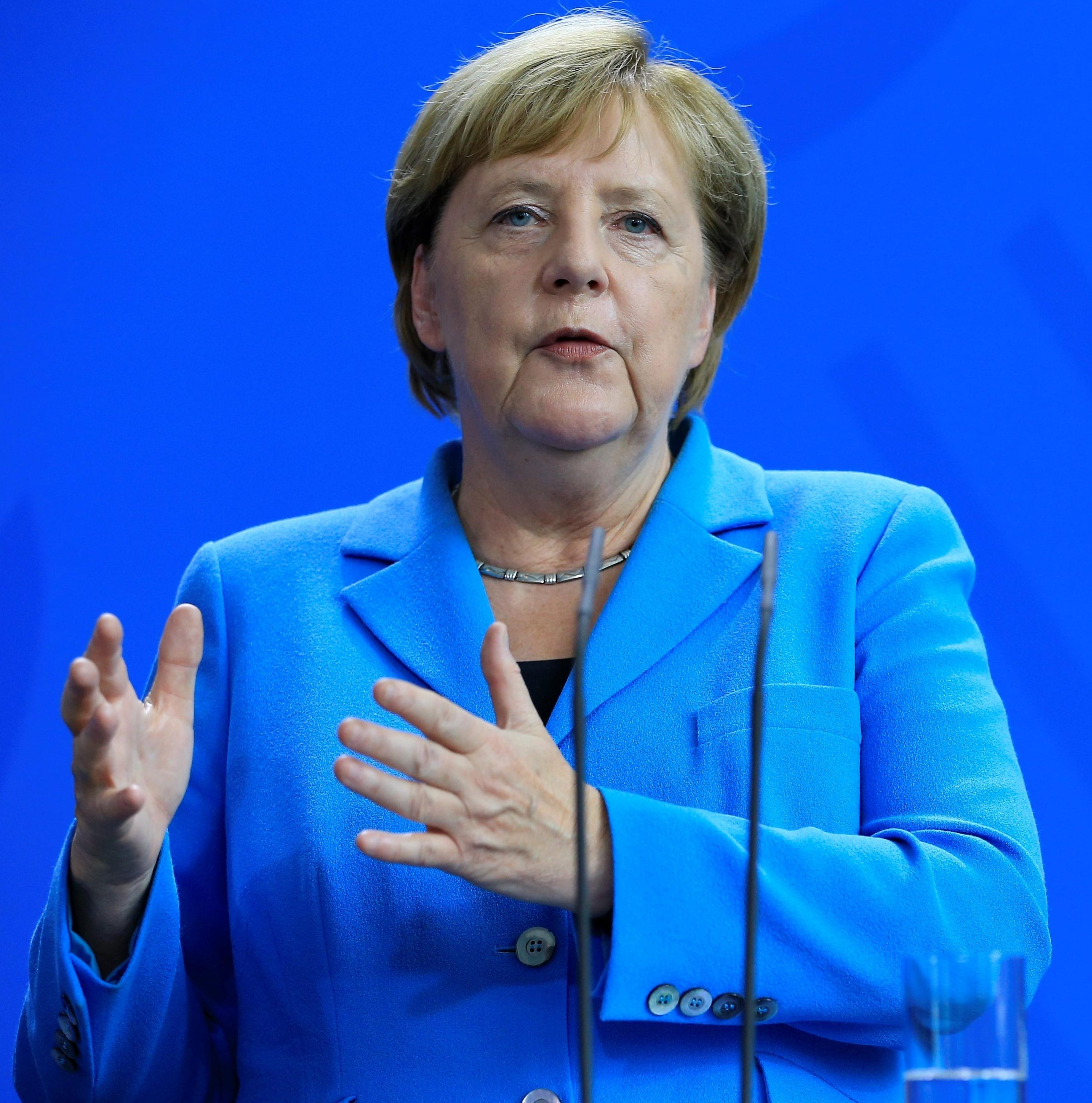 A Syrian and Iraqi are in custody, suspected of stabbing a 35-year-old Cuban-German to death in Chemnitz, in the old East Germany.

After the death there were six thousand angry people on the streets of Chemnitz, protesting against the German government’s immigration policies.

Most of them were ordinary citizens but a violent element flashed Nazi salutes, chasing and beating anyone who looked foreign.

“The ugly German – racist, xenophobic, full of rage – is back,” said Der Spiegel. 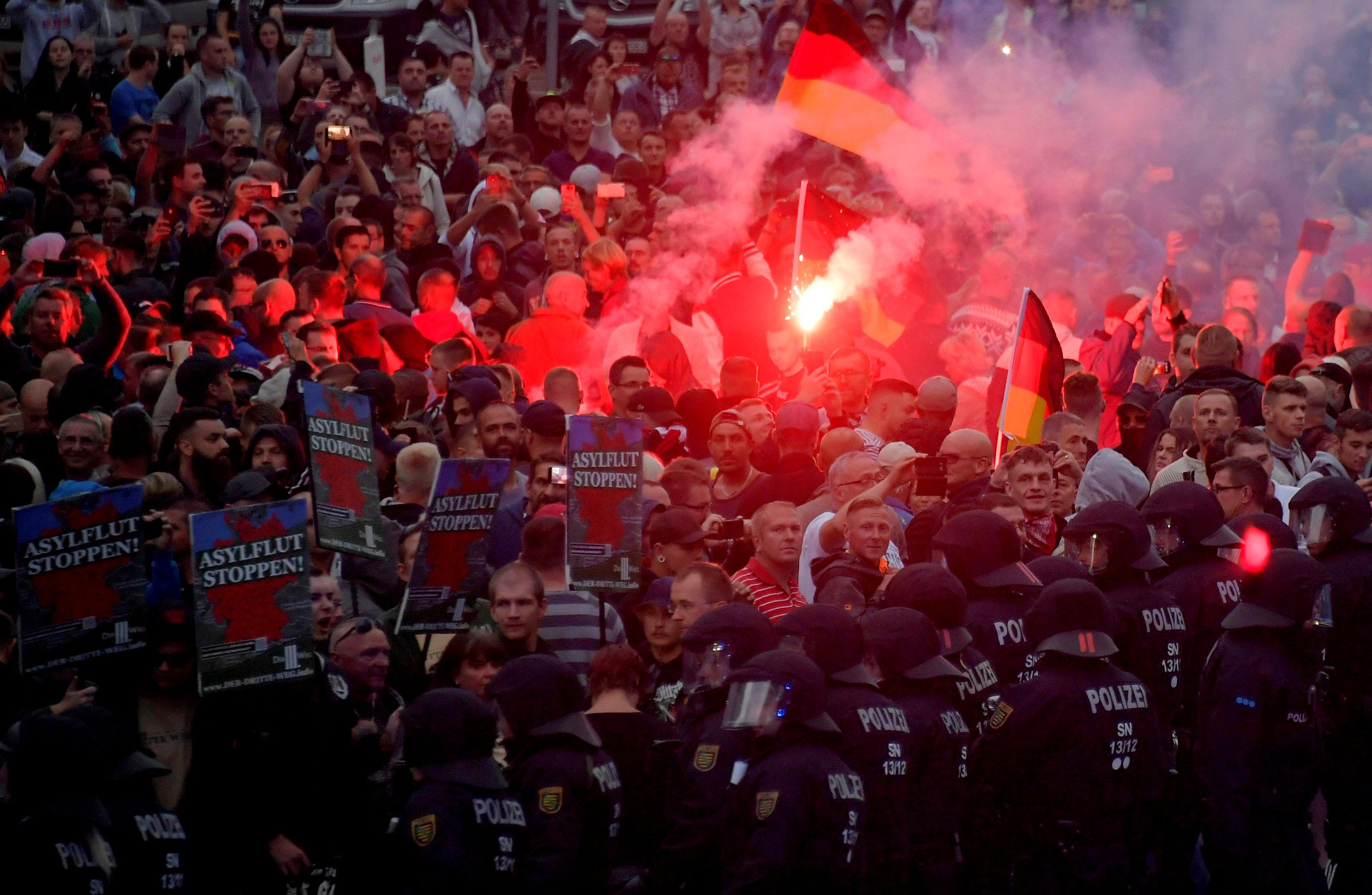 After the nightmares of the 20th century, Germany became a tolerant, civilised nation.

But Chancellor Angela Merkel destroyed that tolerant country by awarding a new life in Germany to any strapping young man who was fit enough to walk the length of the Balkans.

The most stupid politician in the history of Europe, Merkel has laid the foundations for a revival of real fascism in Germany.

Yes, there is a major European nation where there has been an increase in xenophobic, racist violence.

But it is not Brexit Britain.

SELLOUT OF OUR SOLDIERS

A NUMBER of British Army veterans who served in Northern Ireland during The Troubles are facing investigation and possible criminal prosecution for their actions half a century ago.

Is there any other country in the world that would set convicted terrorists free while threatening its army veterans with jail time?

By equating our ex-services personnel with IRA killers, this spineless Government betrays everyone who has ever worn the uniform of our Armed Forces.

It was true what they said in the trenches of the First World War and it is true today.

Our Armed Forces are lions led by donkeys.

THE image of a bicycle on a hillside meant to celebrate the Tour Of Britain has been doctored to resemble an enormous penis. 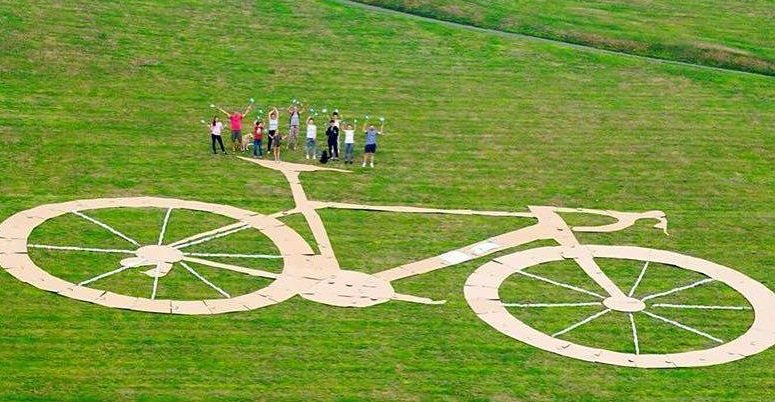 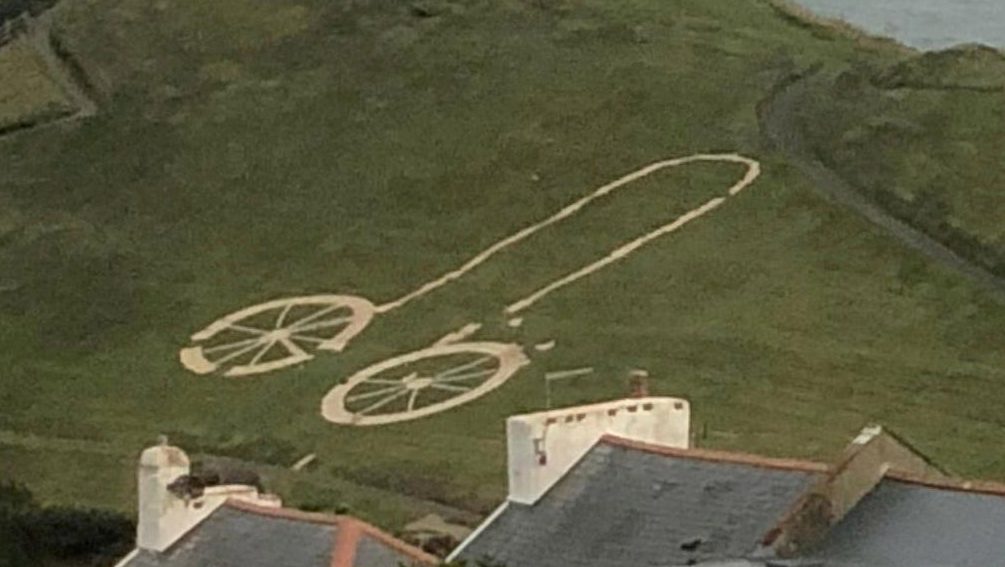 Project co-ordinator Seth Conway said: “Some people obviously thought it would be funny to rearrange the spokes and the wheels.”

AGT Breakout Courtney Hadwin, 14, on Losing Season 13: 'I Didn't See Myself as a Fan Favorite'

How to check everything Amazon’s assistant has recorded of you