Keir Starmer isn’t working! Labour Left-wingers call for John McDonnell to lead the party as they urge key Corbyn ally to stand if the party leader is forced out

Senior MPs on Labour’s Left confirmed they want the former Shadow Chancellor as their candidate in a future leadership contest.

The calls come amid mounting fears that Sir Keir, who replaced Jeremy Corbyn just ten months ago, is failing to ‘lay a glove’ on Boris Johnson.

Some Labour MPs are privately speculating that the local elections this May could be so bad for Labour that Sir Keir has to quit. 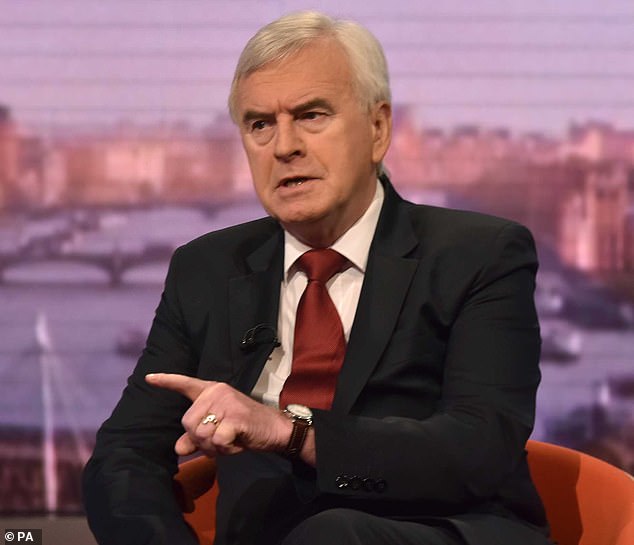 The panic has been dismissed as ‘ridiculous’ by Starmer allies.

But last week, Norwich MP Clive Lewis went public with his concerns, criticising the party for ‘little vision and even less analysis’ of why Britain was suffering so badly from the Covid pandemic.

And last night, one ex-Shadow Minister told The Mail on Sunday: ‘Sir Keir has missed his chance to take lumps out of Boris and his serial incompetence.

He added that figures on the Left were now turning to Mr McDonnell to rescue the party.

He insisted: ‘This is not a coup against Keir. We suspect the Right wing will move first against him – not us.

‘But if he is forced out, we want John as our candidate as by far the most experienced and representative of the party’s members. 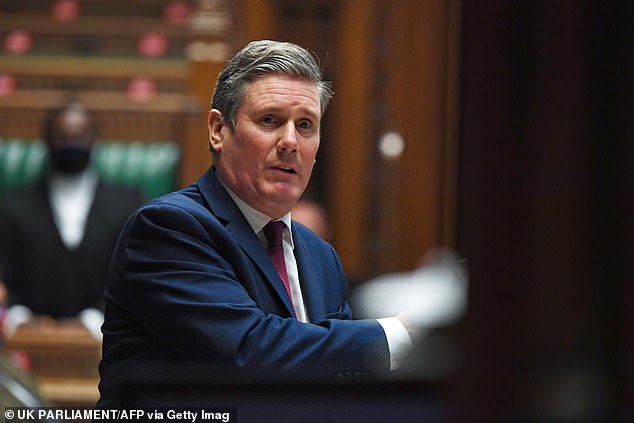 ‘As for Starmer, he promised us Corbynism without Corbyn but he’s giving us Blairism without Blair.’

However, he was left humiliated last week after accusing Mr Johnson of lying only to have to apologise a few hours later.

He dismissed as ‘complete nonsense’ Mr Johnson’s claims that he had called for the UK to stay in the European Medicines Agency.

But Labour had to back down later after it emerged Sir Keir had done so.

A source close to Mr McDonnell dismissed the leadership speculation as ‘pure mischief’.

He insisted the ex-Shadow Chancellor was focusing on setting out a ‘Socialist policy response to Covid’.

The Covid vaccination rollout is being exploited by Labour in order to sign up new supporters, say Tory MPs.

The row erupted over a web page launched by Welsh Labour inviting people to sign a digital ‘thank you’ card saluting vaccinating teams in the country.

But the party sparked anger by also including an invitation to be ‘part of our movement’.

The message adds: ‘The Labour Party can keep you updated via email, texts and online advertisements on the latest campaigns, events and opportunities to get involved.’

Last night senior Tory MP David Jones accused Labour of a ‘disgraceful’ attempt to ‘exploit the hard work and selfless dedication of NHS vaccinators in Wales for their own party political purposes’. Welsh Labour rejected the allegations. A spokesman said: ‘Labour supporters across Wales are proud of our NHS staff, armed forces and volunteers – and want to thank them.’