HONG KONG (Reuters) – Hong Kong pro-democracy protesters took to the hills to form flashlight-carrying human chains on Friday, using the colorful Mid-Autumn Festival as a backdrop to the latest in more than three months of sometimes violent demonstrations. 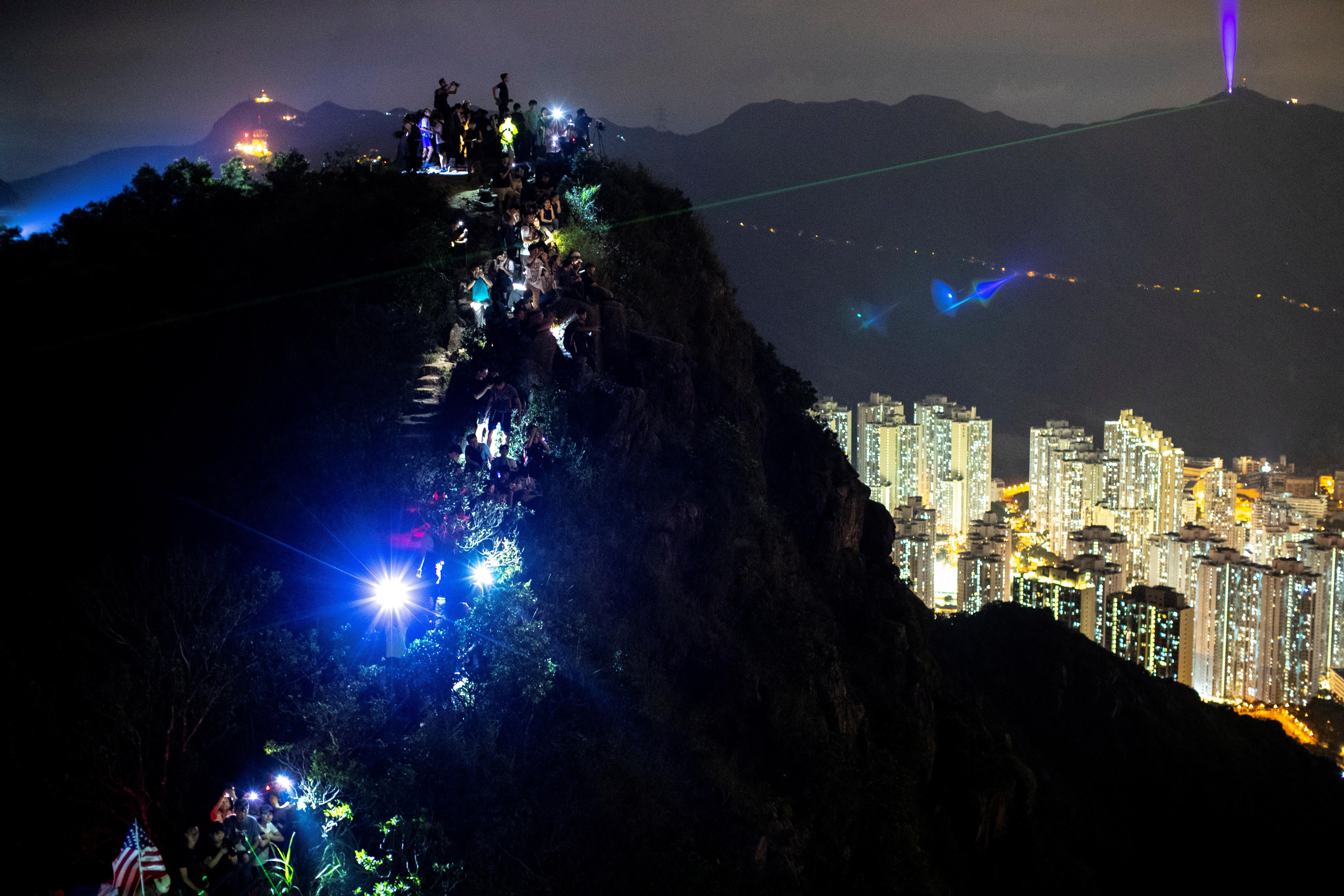 The protests, on a day when families traditionally gather to gaze at the moon and eat mooncakes while children swing colorful lanterns from the end of sticks, came after Hong Kong leader Carrie Lam promised to focus on housing and jobs to try to end the turmoil.

There were some scuffles late at night, and a few people taken away by police, but no reported widespread violence.

Lam, who said she caused “unforgivable havoc” by igniting the crisis and would quit if she had the choice, said in a Facebook post her government would increase the supply of housing in the Chinese-ruled city.

“Housing and people’s livelihoods are the main priorities,” Lam said. “The government will add to housing supply measures which will be continuously put in place and not missed.”

Hong Kong has some of the world’s most expensive real estate and many young people say the city’s housing policy is unfair, benefiting the rich while forcing the less well-off to live with their parents or rent “shoe box” apartments at exorbitant prices.

Sun Hung Kai Properties, which reported its earnings on Thursday, said the current unrest was a wake-up call to both the government and private companies to build more housing.

Financial Secretary Paul Chan told reporters a new vacancy tax aims to push developers to launch completed apartments on to the market as soon as possible.

They lined the path running along the north face of the Peak, looking across the harbor to Lion Rock in the distance, with mainland China beyond.

Protesters gathered in their hundreds across the territory, singing and chanting, in contrast to the violence of many previous weekends when police have responded with tear gas, rubber bullets and water cannon.

“Today, there’s not many here because we have an event in every district, and because this area is not a residential area, it’s a working area full of offices,” said protester Jason Liu in the Admiralty district of government offices and hotels.

The spark for the protests was a now-withdrawn extradition bill and concerns that Beijing is eroding civil liberties, but many young protesters are also angry at sky-high living costs and a lack of job prospects.

The demonstrations started in June in response to a bill that would have allowed people to be sent to mainland China for trial in Communist Party-controlled courts, but have broadened into calls for greater democracy.

The former British colony returned to China in 1997 under a “one country, two systems” formula that guarantees freedoms not enjoyed on the mainland – including a much-cherished independent legal system.

At lunchtime on Friday, hundreds of pro-Beijing supporters packed into a shopping mall waving China flags and singing the Chinese national anthem.

Sit-ins at shopping malls are also planned over the weekend.

Activists also plan to gather outside the British consulate on Sunday to demand that China honors the Sino-British Joint Declaration that was signed in 1984, laying out Hong Kong’s post-1997 future.

China says Hong Kong is now its internal affair. It denies meddling in Hong Kong and has accused the United States, Britain and others of fomenting the unrest.

Britain says it has a legal responsibility to ensure China abides by its obligations under the Joint Declaration.

Hong Kong is facing its first recession in a decade as a result of the unrest. A surge in migration applications suggests more locals are making plans to leave.

China has called on its biggest state firms to take a more active role in Hong Kong, including stepping up investment and asserting more control over companies.

Multiple Hong Kong events and conferences have been canceled and the number of visitors plunged 40 percent in August. The city’s premier women’s tennis event scheduled for October has been postponed.

Organizers also called off the Royal Shakespeare Company’s “Matilda the Musical”, due to run from Sept. 20 to Oct. 20. 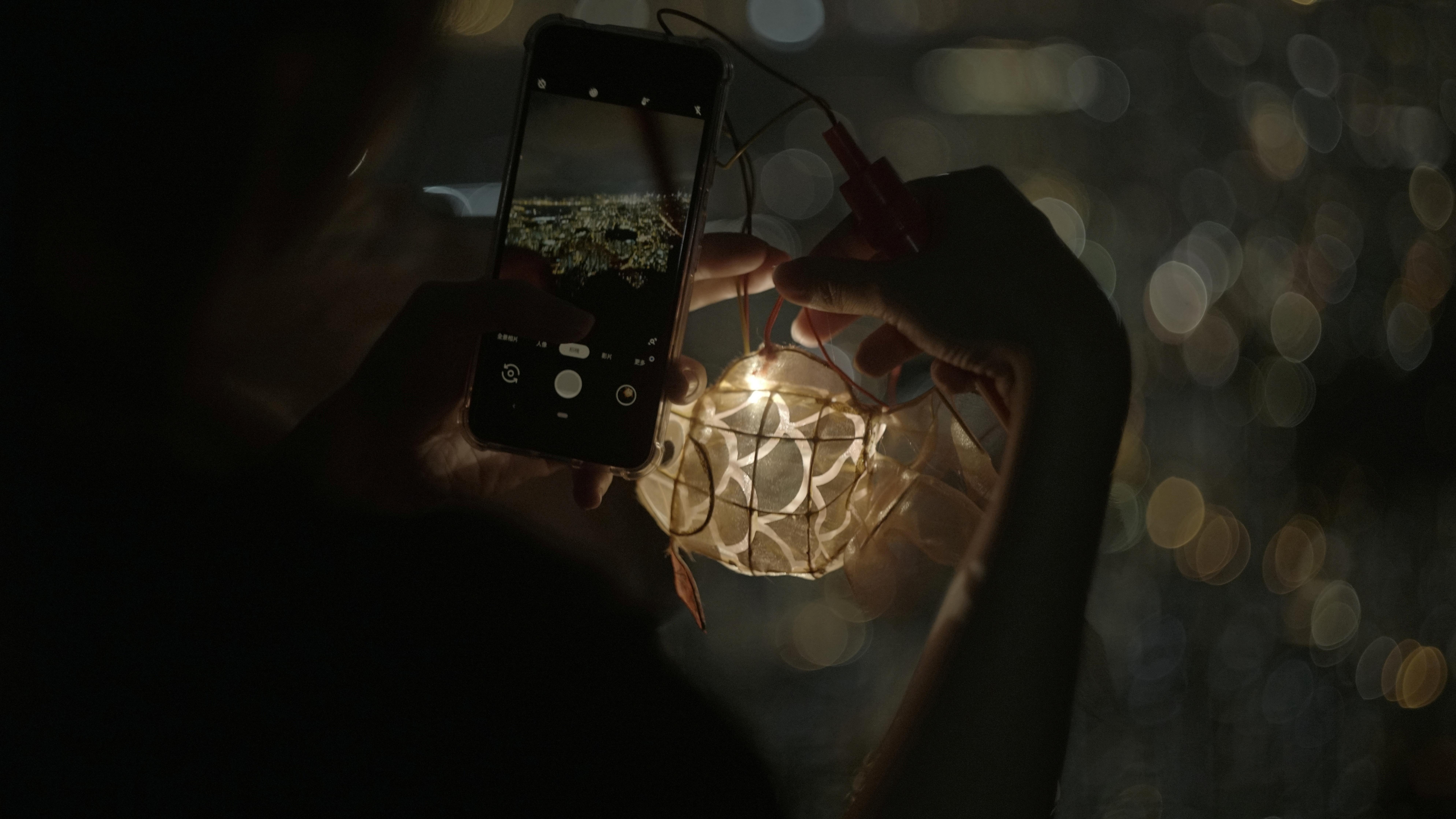 Police on Tuesday set up an “anti-violence hotline” on which people could call in giving intelligence on planned unrest.

On Friday they announced it had been shut down because of “different opinions”.

Mica Paris reveals why she was terrified to make EastEnders debut