The most remote pub in mainland Britain has become the target of a £250,000 crowdfunding campaign to help locals buy the public house.

The Old Forge Inn at Knoydart, on Scotland’s west coast, can only be reached by boat or walking 18 miles over several Munros – mountains over 3000 feet – from the nearest road.

It is listed by the Guinness Book of Records as the remotest on mainland Britain and now, its Belgian owner Jean-Pierre Robinet has put it on the market at £425,000.

Residents were informed in January of the planned sale and a local consultation was held to gauge local opinion on seeking a community buyout – with the response being ‘overwhelmingly supportive’. 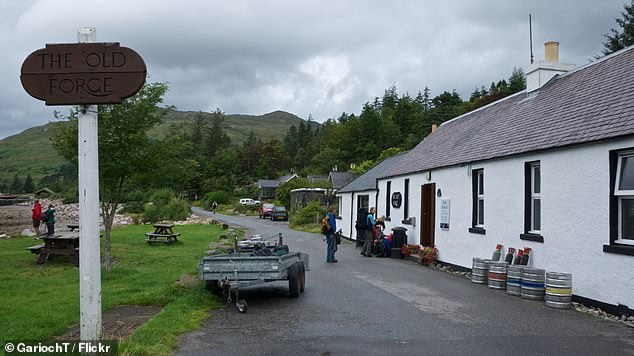 Now The Old Forge Community Benefit Society has announced that it will launch a crowdfunding campaign on May 7.

Speaking about the crowdfunding campaign, the society said: ‘The crowdfund forms the backbone of our fundraising plan as we hope to raise in the region of £250,000 – a big ask, but with your help we can do it.

‘We know how many folk there are from out with Knoydart that hold the Forge in high regard and want to help us achieve our dream of community ownership, so through crowdfunding we want to give you the opportunity to be a part of this exciting venture.

‘For those not familiar with crowdfunding, it’s quite simple – in return for a financial pledge we offer a range of rewards. The theme of our campaign will be ‘community’ – we want everyone who has a tie to Knoydart and the Forge to be a part of this buyout regardless of where you live.

‘There will be lots of amazing rewards which will will tie in the values we have set out for the pub’s future, and they will let you put your own lasting mark on the pub.’

The group recently received a grant of £18,970 from the Scottish Land Fund which they say will allow them to instruct a solicitor and to begin consultation on a five-year plan to support their bid.

‘This is a great milestone for us to reach so early on in the project and we are very excited to be able to continue moving forward,’ they said.

The Knoydart community has a track record of successful community ownership, having secured 17,500 acres of the Knoydart Estate in 1999 as one of the first community buyouts in Scotland. 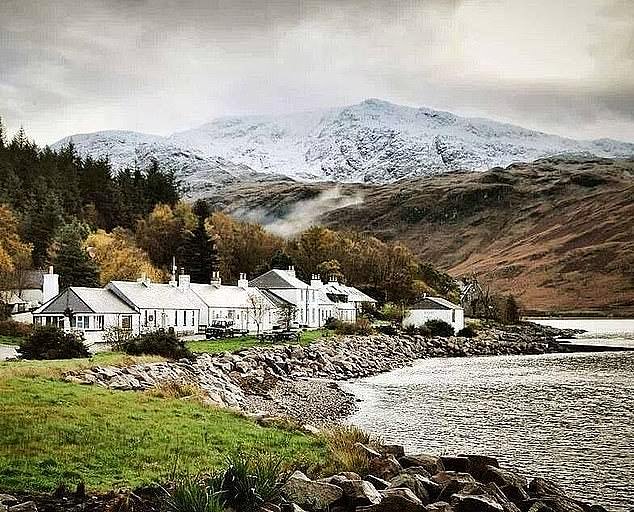 Of the 110 local residents, over 30 have offered to volunteer their time to the cause and working groups have been set up for all aspects of the project from business planning and fundraising to post-purchase management plans.

The Scottish Land Fund said this is not the first pub it has helped.

Funding manager Evelyn Boyd said: ‘We funded the Black Bull Gartmore pub in Stirlingshire last year. They got £222,000 for the actual pub and they turned it in to a community hub as well as running the pub.’

Current owner Robinet has previously admitted that tensions have existed with the locals. He said: ‘ We are the biggest employer on this peninsula and try to do the best for the community but still I have jealous locals on my back.

‘Jealous locals who would like to have the pub also. I want to provide the best produce in this beautiful part of Scotland but I have been shocked by the anti-European sentiment. 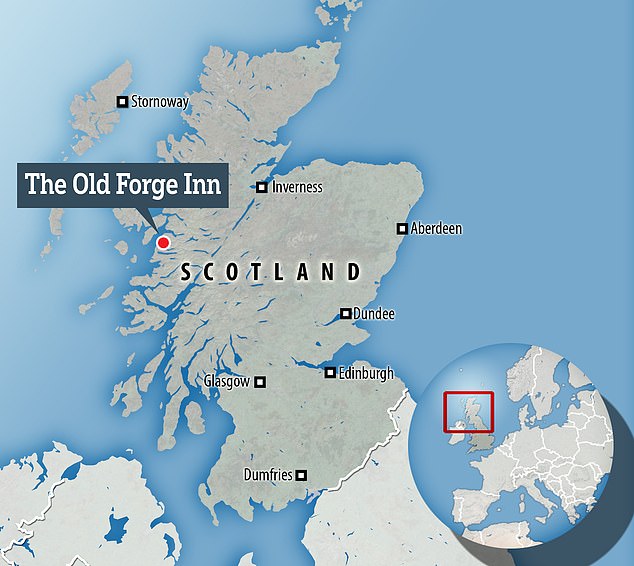 The pub, at Knoydart, on Scotland’s west coast, can only be reached by boat or walking 18 miles over several Munros – mountains over 3000 feet – from the nearest road

Speaking about why he had put the Old Forge on the market, Mr Robinet said: ‘It’s just because of Brexit, Covid et cetera we have to have a value, but we are truly considering doing another season. It’s not a wish to sell it, it’s just that it is so difficult just now in a global context.

‘Believe me, you will be never be rich with the remotest pub in Britain. But it’s the way of life, it’s a really beautiful place, we really enjoyed the last ten years.’

Mr Robinet, 49, who has run top hotels all over the world, gave up the jet-set life in 2012 after falling in love with the Old Forge and its rural idyll. 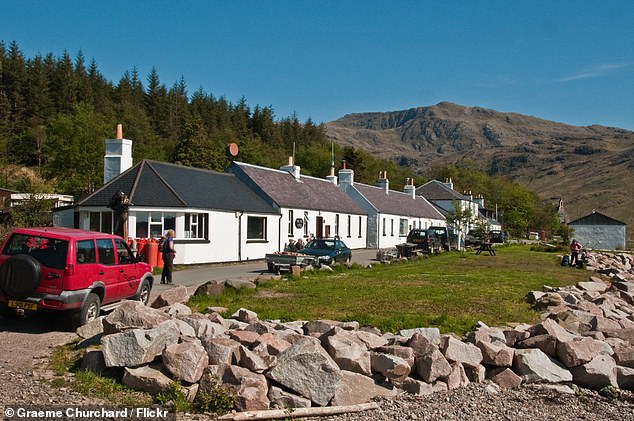 The group recently received a grant of £18,970 from the Scottish Land Fund which they say will allow them to instruct a solicitor and to begin consultation on a five-year plan to support their bid

Mr Robinet – who is known to locals as ‘JP’ – was general manager of the five star 330-bedroom Metropole Hotel in Brussels at the age of 27 making him the country’s then youngest top hotel boss.

He later became sales manager of the Leading Hotels of the World group which included the Savoy in London and also ran the 100-bed luxury eco lodge Hotel Plein Ciel at Champery – over 6000-feet up in the Swiss Alps.

The pub and restaurant is on the main sailing route to Skye, the Outer Hebrides and the Small Isles and attracts yachtsmen, hillwalkers and tourists, who flock to the area throughout the year.

Selling agents Baird Lumsden say: ‘For decades, the Old Forge has been the holy grail of the British outdoors community.’

Migos Victorious In Copyright Infringement Lawsuit Over ‘Walk It Talk It’

Who is Willie B. Smith and why is he on death row?