Feet from incineration! River of lava stops just yards short of engulfing home of Hawaii woman, 75… after she snapped volcano exploding through her bedroom window

An avalanche of lava has stopped miraculously short of the home of Hawaii woman who photographed the terrifying volcanic eruption from her bedroom window.

She had earlier watched the enormous eruption taking place from the property as she returned to collect some belongings having earlier been evacuated.

Ms Meuller was able to capture the extraordinary display from her bedroom window where the lava could be seen spewing from a volcano, and flows spilled down to the front of her home. 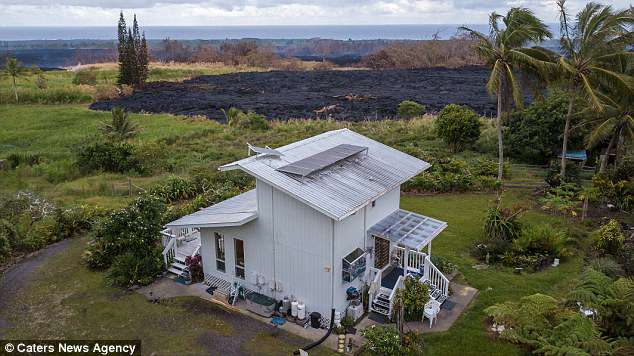 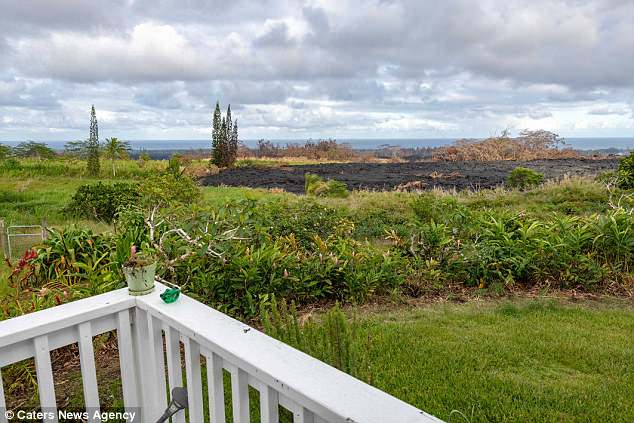 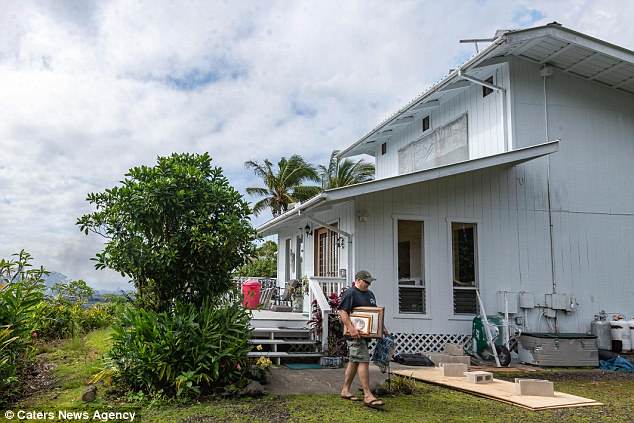 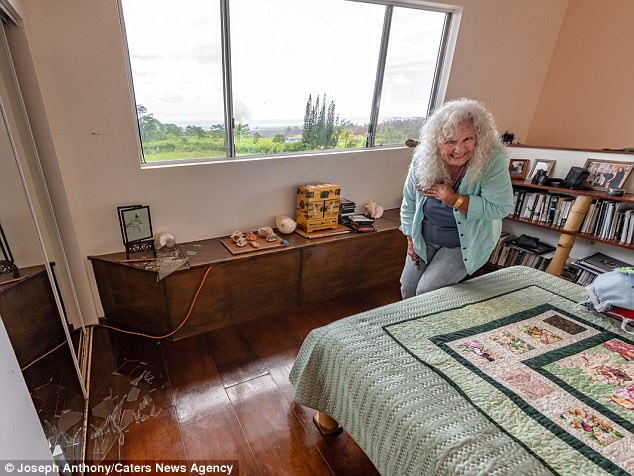 Hawaii resident Dona Meuller, 75, saw a volcano in front of her home erupt from her bedroom window, pictured above after the explosion 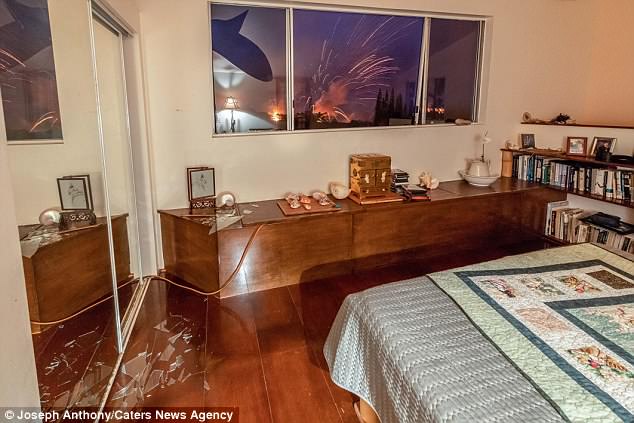 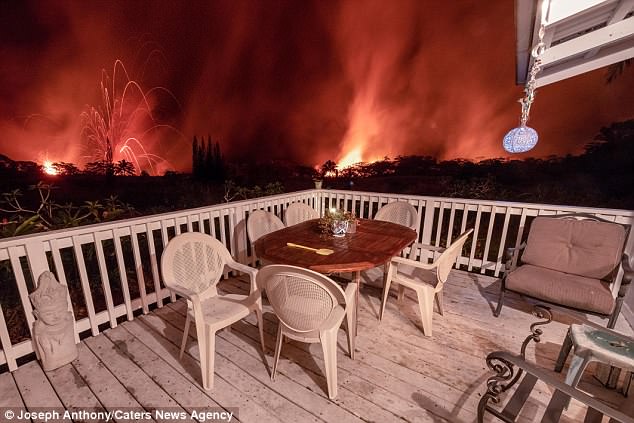 The view from her deck was a scene from an apocalyptic movie as the skies were overtaken with fire, ash, and lava 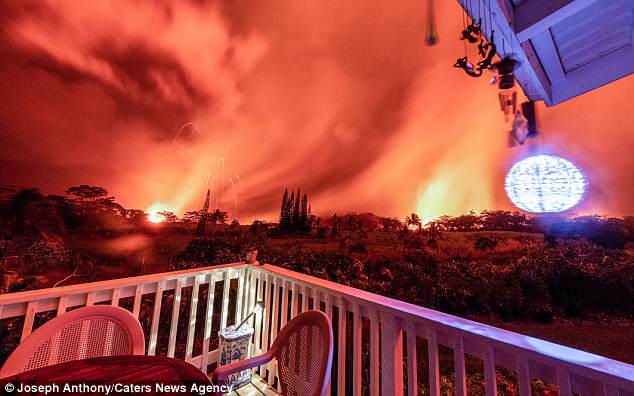 A cheeky before and after shot shows Mueller in her home with clear skies, and another where her bedroom is darkened and overtaken by the volcanic explosion.

Meuller was evacuated from her home where the windows shattered in the aftershocks of the powerful eruption.

‘These violent eruptions are happening more frequently in our area,’ Meuller said to The Sun, adding that she’s lived in the home since 1980.

‘My daughter was due to come and live in Hawaii two years ago but if my home is ruined by lava I will perhaps move to Los Angeles,’ she added.

The Hawaii resident explained that she lives near a geothermal plant, and if the lava hits it, a big explosion could unfold. 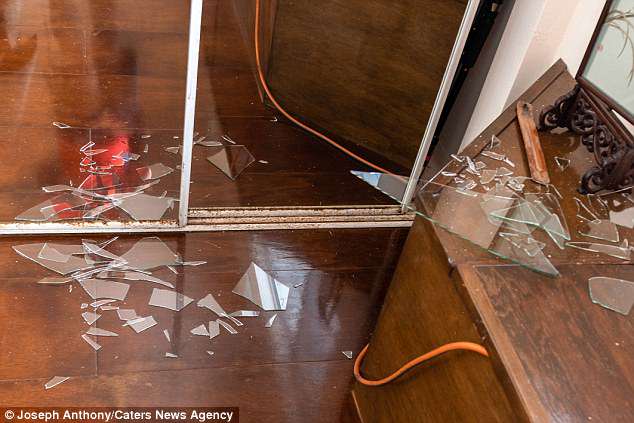 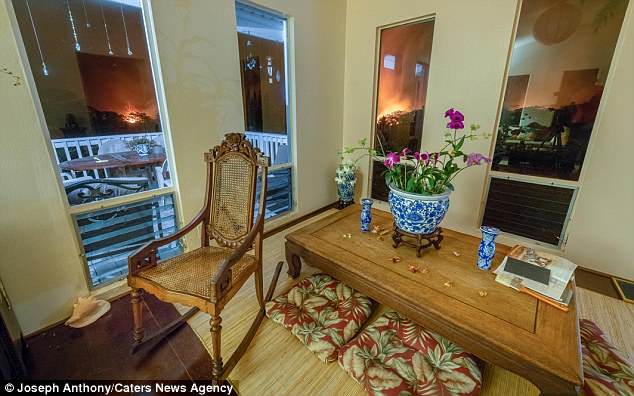 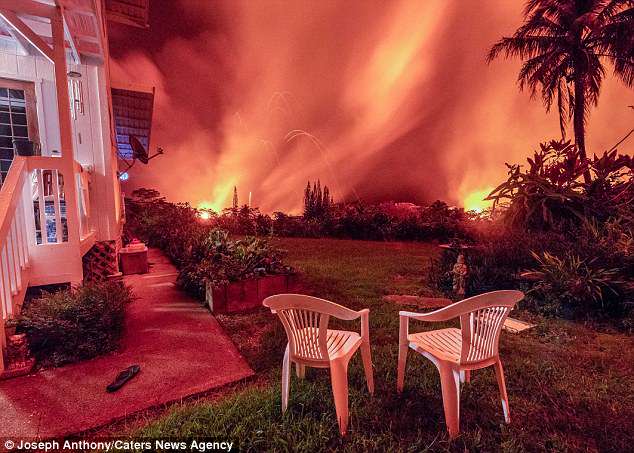 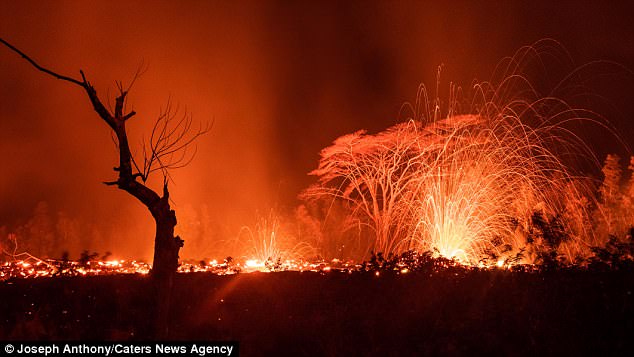 She adds that her family is doing their part to combat the volcanoes wreaking havoc on the paradise island.

‘My son in law is flying in today. He is a police officer and he is bringing 18 gas masks for local police to use as they have not been issued with any! The locals are handling things better than officials and more efficiently exchanging information between each other,’ she said.

‘We’ll just have to wait and see what happens in the next few days to find out if or when we can return to our homes,’ she added.

Parts of the island have been taken over by ash, lava, and panic following the explosion of Hawaii’s Kilauea volcano which spewed lava 200 feet into the air on Friday.

Gigantic fissures have also broken up on the island with at least six of the 22 fissures marked as active on Friday.

Residents in affected areas have been evacuated as lava destroys more than 325 acres of land on the island. 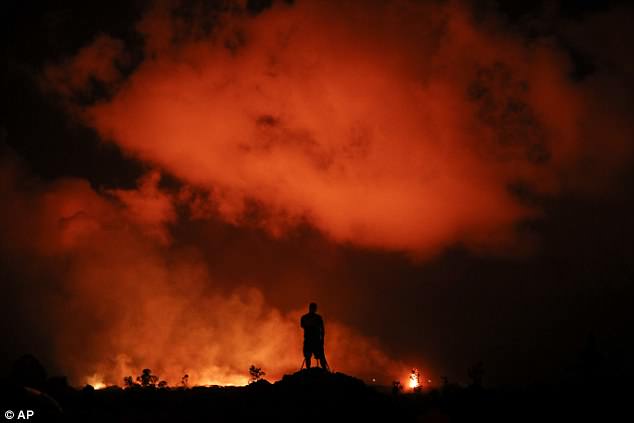 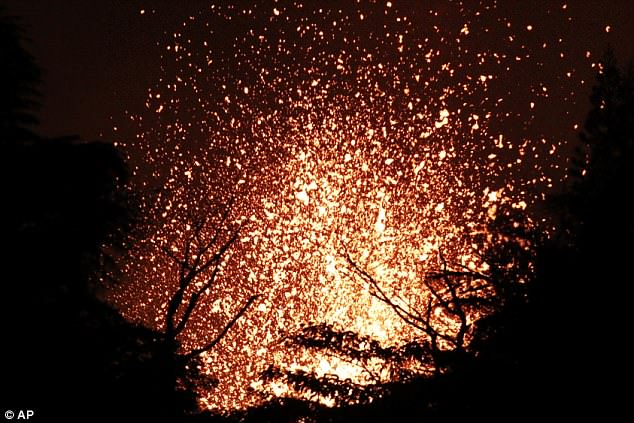 The eruption of Kilauea has led to other volcanic activity on the island including fissures and lava flows throughout the island, lava pictured in Pahoa, Hawaii above on Friday 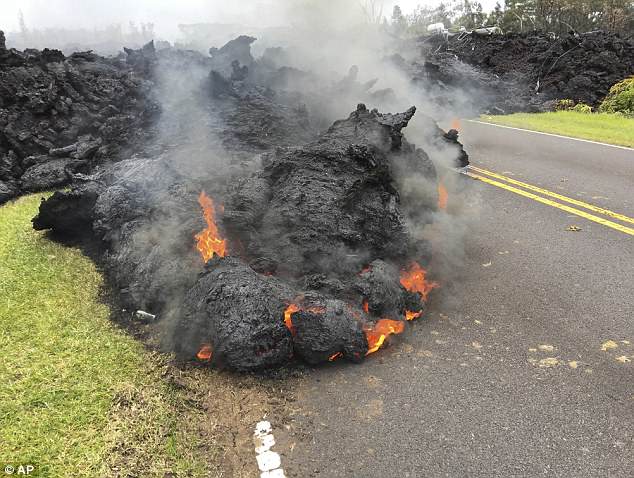 Fast rushing lava has swept the streets of Hawaii, a lava flow pictured in the Leilani Estates on May 5 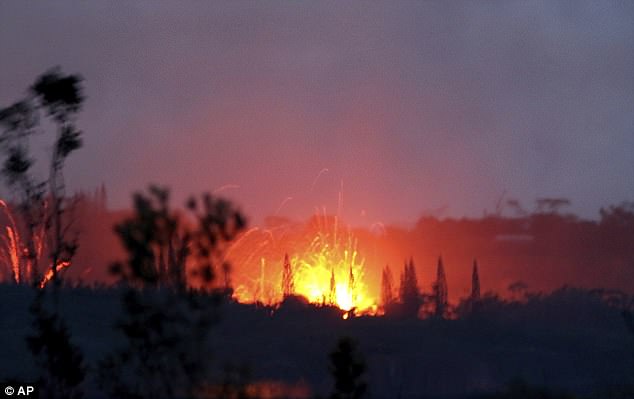 Lava shot into the night sky from active fissures on the lower rift of the Kilauea volcano, pictured above on Tuesday 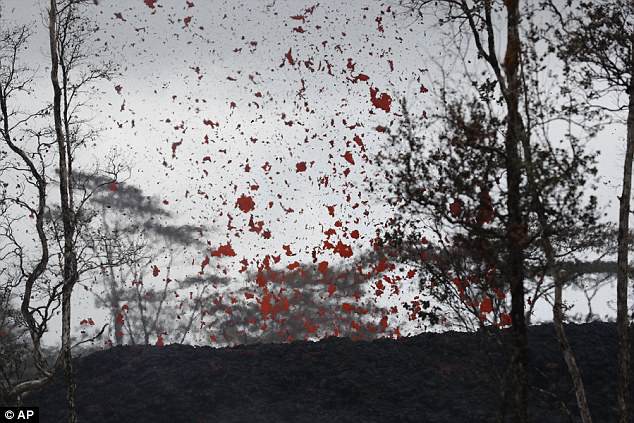 This $1,790 Gucci Fanny Pack Is Having An Identity Crisis & Wants To Be Literally EVERYTHING

Runaway snowmobile flies through the air and smashes into garage