Spot of relief! Sweet moment leopard cubs that got lost in a sugarcane field are found by their mother

This is the sweet moment two leopard cubs were found by their mother after they got lost in a sugarcane field.

The tiny cubs, one male and one female, were six weeks old when they were found by sugarcane farmers in Nirgude Village, Maharashtra, India on January 2.

They were taken to the Manikdoh Leopard Rescue Centre where the veterinary officer from the Wildlife SOS charity Dr Nikhil Bangar examined them, making sure they were healthy and fit to return to their mother.

Later in the footage, the volunteers and Forest Department went back to the field where the cubs were found, in the hope of facilitating a family reunion.

They placed them carefully in a box for their mother to find them and installed a remote controlled camera trap to capture the moment.

It was a successful mission as the mother of the cubs later reunited with them.

And it appears she was looking for them as she was able to sniff them out after a few minutes.

Their mother tips over the box they are in with her paws after she locates them.

Gently, she then picks up both cubs out of the box and moves them to a different location. 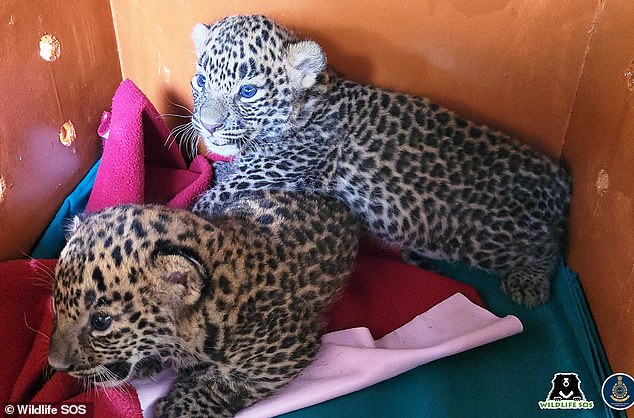 The tiny cubs, one male and one female, were six weeks old when they were found by sugarcane farmers in Nirgude Village, Maharashtra, India on January 2

It is not uncommon for farmers to see young leopard cubs in sugarcane fields in Maharashtra.

But their cubs are often seen and found by people working in the fields.

They provide medical care and also have an elephant hospital and conservation and care centres.

Dr. Nikhil Bangar, Wildlife Veterinary Officer at Wildlife SOS, said, ‘The mother must have been searching for her cubs, as within a few minutes she was able to sniff them out.

‘On reaching the box, she patiently waited to ensure no danger stood in the way, and then she cleverly used her paws to tip it over.

‘She then moved her cubs to a safer location. Wildlife SOS makes every effort to make such rescue and reunion operations possible.’ 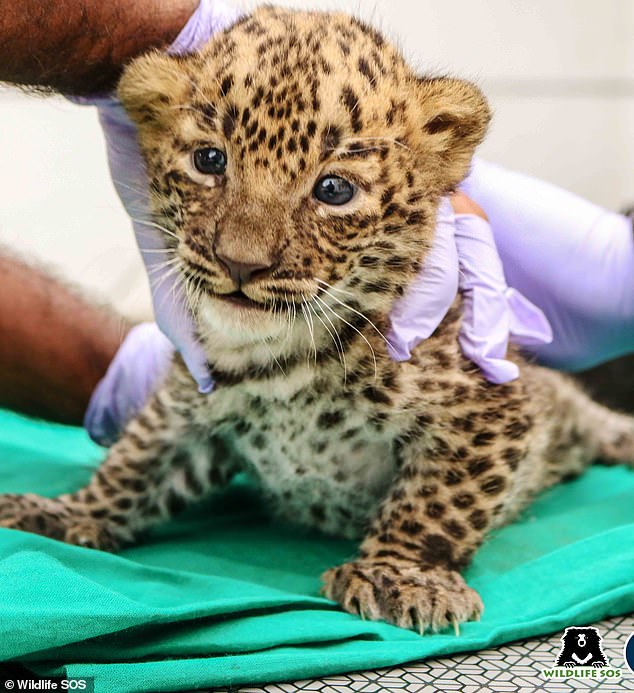 The tall, dense sugarcane stalks provide adequate cover for the leopards but their cubs are often seen and found by people working in the fields

‘The Falcon and The Winter Soldier’: Anthony Mackie and Sebastian Stan Return in New Trailer

Mitch McConnell 'tells Trump NOT to make deal with Nancy Pelosi for new stimulus and $1,200 checks before election'