A Lib Dem MP waved his credit card at deputy DUP leader Nigel Dodds during a Commons debate today to jokingly imply his party is in the pay of Theresa May.

Mr Dodds was speaking about the importance of his party’s confidence and supply arrangement with the Prime Minister after its MPs voted down a motion of no confidence in her.

Jamie Stone, who was sitting directly in front, turned round and waved the card in his face, drawing laughs from other MPs sitting around them. 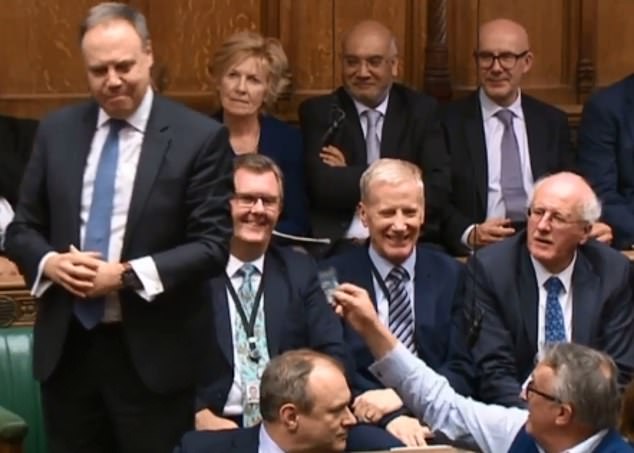 Mr Dodds’ speech began: ‘I’m always delighted when our opponents illustrate the strength of that relationship that we have, and what is delivering for Northern Ireland.

‘When the people of Northern Ireland see the investment in education, in health and infrastructure they will thank this Parliament and this party and this Government for that extra investment.’

At this point, a number of Labour MPs also held their hands in the air and rubbed their fingers together, in reference to the extra £1billion of investment over two years that was promised to Northern Ireland for the backing of the DUP’s 10 MPs.

Mr Dodds said the agreement was ‘built on delivering Brexit’, adding that he is looking forward to ‘working in the coming days to achieve that objective’.

Mr Stone was elected as the MP for Caithness, Sutherland and Easter Ross in 2017 and is his party’s armed forces spokesman.

He voted down Mrs May’s Brexit deal and is also thought to have supported the motion of no confidence in her. He supports a re-run of the Brexit referendum. 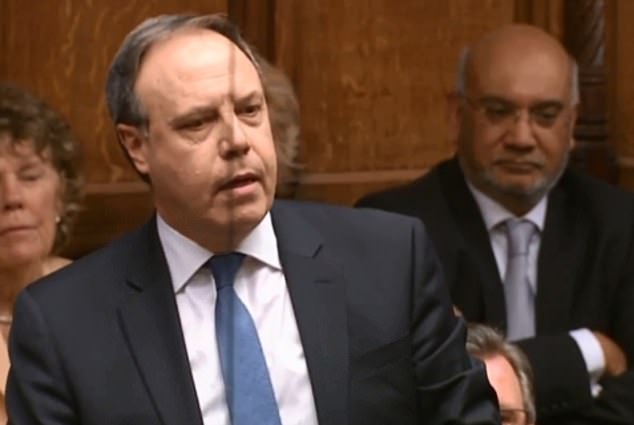