The Liberal Democrats set out their stall as the home of Remainers today as the party agreed to campaign to stop Brexit entirely if it wins the next election.

Delegates at the party conference in Bournemouth this afternoon voted overwhelmingly to support a motion to revoke Article 50 if it takes power.

The move would stop Brexit in its tracks without the need for a second referendum.

Jo Swinson’s party was previously campaigning for a second Brexit referendum, but it has now pivoted to out-and-out support for ignoring the 2016 referendum.

The motion says a Liberal Democrat majority government would be ‘recognised as an unequivocal mandate to revoke Article 50 and for the UK to stay in the EU’.

‘The policy we are debating at conference today is very clear,’ Ms Swinson told the BBC’s Andrew Marr Show today.

‘If the Liberal Democrats win a majority at the next election, if people put into government, as a majority government, the ”Stop Brexit” party, then stopping Brexit is exactly what people will get. Yes, we will revoke Article 50.’ 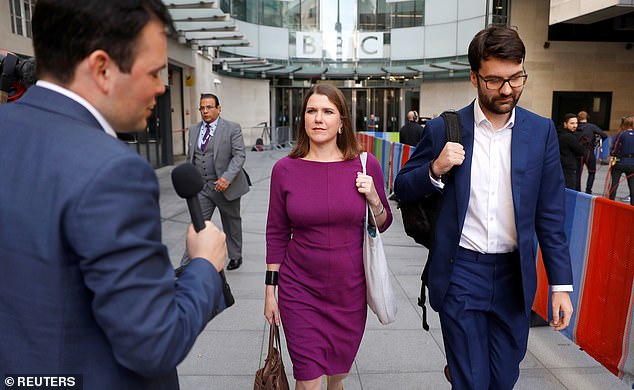 Ms Swinson told the BBC today: ‘If the Liberal Democrats win a majority at the next election, if people put into government, as a majority government, the ”Stop Brexit” party, then stopping Brexit is exactly what people will get’ 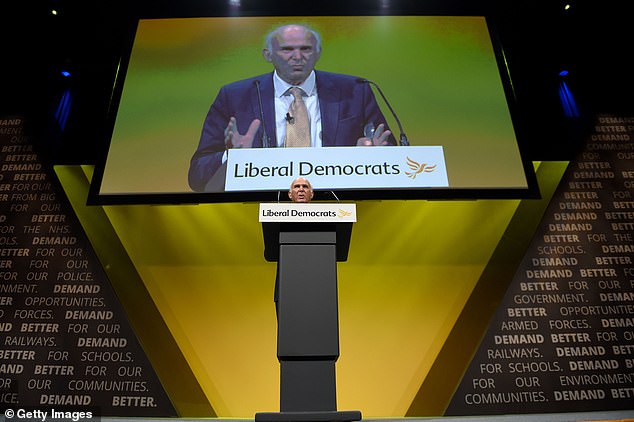 The pro-EU party is enjoying a revival under Ms Swinson’s watch, having seen a host of MPs defect to her party with its clear stance on Britain’s relationship with Brussels.

Sam Gyimah, a former Tory minister, became the sixth MP to switch allegiance to the party this year and some polling companies predict the Lib Dems could take as much as a fifth of the vote at the next election – up from just 7% in 2017.

And in a bid to ensure the Lib Dems go into the next election as the most fervently Remain-supporting party, Ms Swinson is asking members to vote on whether to adopt revoking Article 50 as its central Brexit policy at its conference in Bournemouth on Sunday.

East Dunbartonshire MP Ms Swinson added: ‘We have argued that a specific Brexit deal should be put to a People’s Vote to give clarity.

‘We still argue for that. But if we end up at a general election then I think we need to be straight forward with people and give them an option for all this Brexit chaos to stop.

‘I recognise not everyone agrees with the Lib Dems on this. (But) it is genuinely what we think is right for the country.’

He said: ‘For three years Jeremy Corbyn and his allies have cynically sat on the fence on the biggest issue of our generation.

‘They believe that membership of the EU is just a side issue, a distraction from the class struggle, a capitalist project of no great interest. A generation of young people in particular has been betrayed.

‘That, and the Labour Party’s ugly intolerance and anti-Semitism, have brought us the considerable talents of Chuka Umunna, Luciana Berger and Angela Smith to complement Sarah Wollaston, Philip Lee and Sam Gyimah from the other side of the aisle.

‘Within the next few weeks and months I hope and expect that the trickle from both sides will become a flood. Something big is happening here.’ 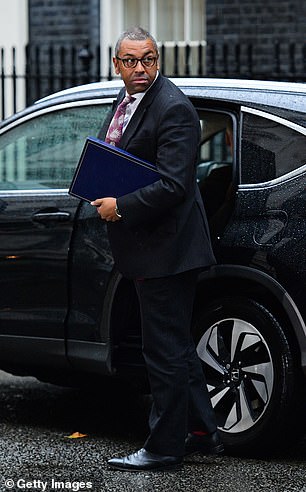 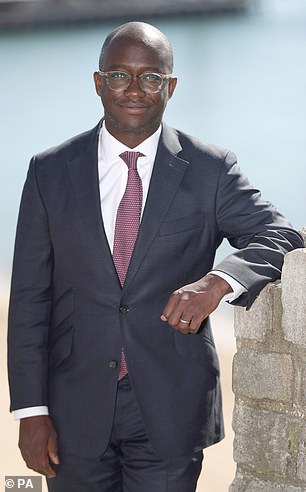 James Cleverly, chairman of the Conservative Party, predicted the Lib Dem stance would lead to ‘more delay, division and uncertainty’.

‘Despite calling herself a ‘democrat’, Jo Swinson’s mask has slipped and we now know that she wants to overrule one of the largest democratic votes in British history, cancelling Brexit,’ said the Braintree MP.

For Ms Swinson to secure a majority in the House of Commons and become prime minister, she would have to increase her current number of 18 MPs, which includes Mr Gyimah’s recent defection, to more than 350, gaining an election upswing never seen before in British electoral history.

She admitted the party would need to take a ‘leap’ to achieve such results but said she wanted to ‘build the movement to do that’.

But she also vowed, in an effort to convince middle-class Europhiles to vote for her party, that she would not support efforts to install Labour leader Jeremy Corbyn as prime minister if there was another hung parliament.

‘Boris Johnson and Jeremy Corbyn are not fit to be prime minister. We see that day in, day out,’ she told the BBC. 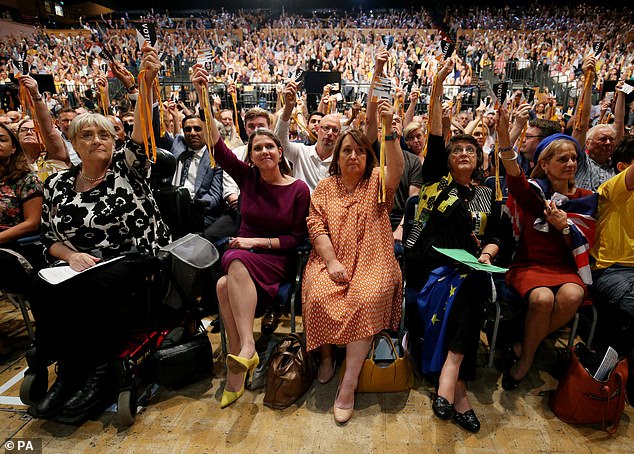 ‘Jeremy Corbyn is not going to be put into Number 10 with Lib Dem votes because he is not fit for the position. The country deserves better.’

The Lib Dems is hosting its annual autumn conference at the Bournemouth International Centre in Dorset, with the mood of a party on the rise only boosted by Mr Gyimah being introduced as a new party MP live on stage on Saturday night during a colourful rally.

Mr Gyimah used his introduction to blast both Prime Minister Boris Johnson and Labour leader Jeremy Corbyn, accusing them of presiding over ‘intolerant’ parties and said joining the Lib Dems would allow him to continue to fight for ‘liberal values’.

It was not all plain sailing for the party, however, with fiery questions from members over its decision to admit former Tory Dr Philip Lee, who abstained on supporting gay marriage.

The party’s chief whip, Alistair Carmichael, said: ‘Could we have handled it better? Hands up, we absolutely could.’

Day two of the conference is set to prove eventful also as members gather to decide whether to approve Ms Swinson’s policy to stand on a platform of revoking Article 50 at the next election.

There also promises to be an emotional goodbye to Sir Vince Cable, the party’s former leader who has announced he will stand down as an MP at the next election.

In what is looking like his final speech as a party MP, the 76-year-old is expected to call for the party to be a ‘broad church’ in response to Labour and the Tories, he argues, drifting away from the centre ground.

Ms Swinson is also due to take questions from members in the afternoon, and there will be a speech from newly elected MP Jane Dodds, who won the Brecon and Radnorshire seat last month after a joint decision by Remain-backing parties to stand down all other candidates.

This is your victory: How the last days of WWII were reported in 1945

Rob Kardashian 'In A Really Great Place' As He Commits To Healthier Lifestyle!