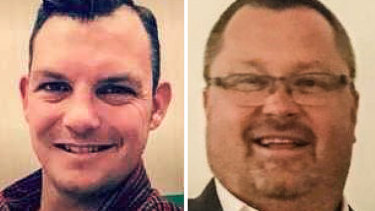 Mr Entsch said the broadcast and publication last week of the images and subsequent claims by Winn’s former friend and occasional lover, Gavin Cuddy, that he possesses compromising images of other Liberal staffers, has triggered unfair scrutiny by journalists of any government staff who are openly gay.

He said it was “highly offensive” that political staffers were being suspected of improper conduct due to their sexuality. 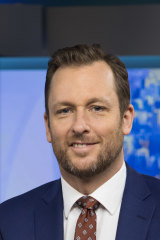 Mr Cuddy said he gave the images of Mr Winn to Network Ten journalist Peter Van Onselen to “call out the culture” inside Parliament House.

Mr Entsch said he became concerned after speaking at length to Mr Winn, an experienced political adviser who previously worked in his office when he was the government’s chief whip. Although Mr Entsch had cause to fire Mr Winn from a position he held nine years ago, he described him as “brilliant” at his job.

He said Mr Winn and Mr Cuddy’s friendship, which included the sharing of intimate images with one another, became strained when Mr Winn commenced a relationship with his current partner and fiance. 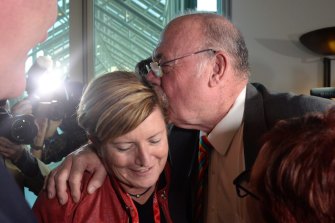 “Nathan basically shut him down and this character has now decided to get even,” the MP said.

Mr Cuddy disputes this characterisation. He declined to answer questions put to him by The Age and Herald but issued a blanket denial. “None of this is true,” he said.

Mr Cuddy has previously confirmed he kept sending Mr Winn explicit images after Mr Winn stopped and said their friendship “ended when his partner started spreading hate about me”.

Sharing or publishing of intimate images in the ACT without someone’s consent – even if they have provided that image to you or to other people – is punishable by three years’ jail.

“The ACT laws make it very clear that the distribution of intimate images is a criminal offence unless there is real, informed consent by the person portrayed in the image,” Australian Lawyers Alliance spokesman Greg Barns, SC, said.

“These laws were put on the statute books for a very good reason. In the age of the internet and technology, the rapid distribution of intimate images can be extraordinary painful for the victim.”

Mr Cuddy has sought to provide explicit images of himself and what he claims are other Liberal staffers to Special Minister for State Simon Birmingham and Labor Senator Kristina Keneally. As of Sunday, neither had accepted receipt of the graphic material.

Cuomo, Nixon debate has a time and place — if the governor accepts

3 Zodiac Signs Most Likely To Ghost You After A Hookup, So Watch Out