The end result was True North, a new series that charts our exploration of the Norwegian Arctic, from surviving the savage wilderness to meeting the people who call it home. Exploring the arctic on foot and by ship was an emotional rollercoaster, so in talking about the experience, I’ve chosen to organize the highlights of our adventures based on the strongest emotions I experienced — both positive and negative — along the way. 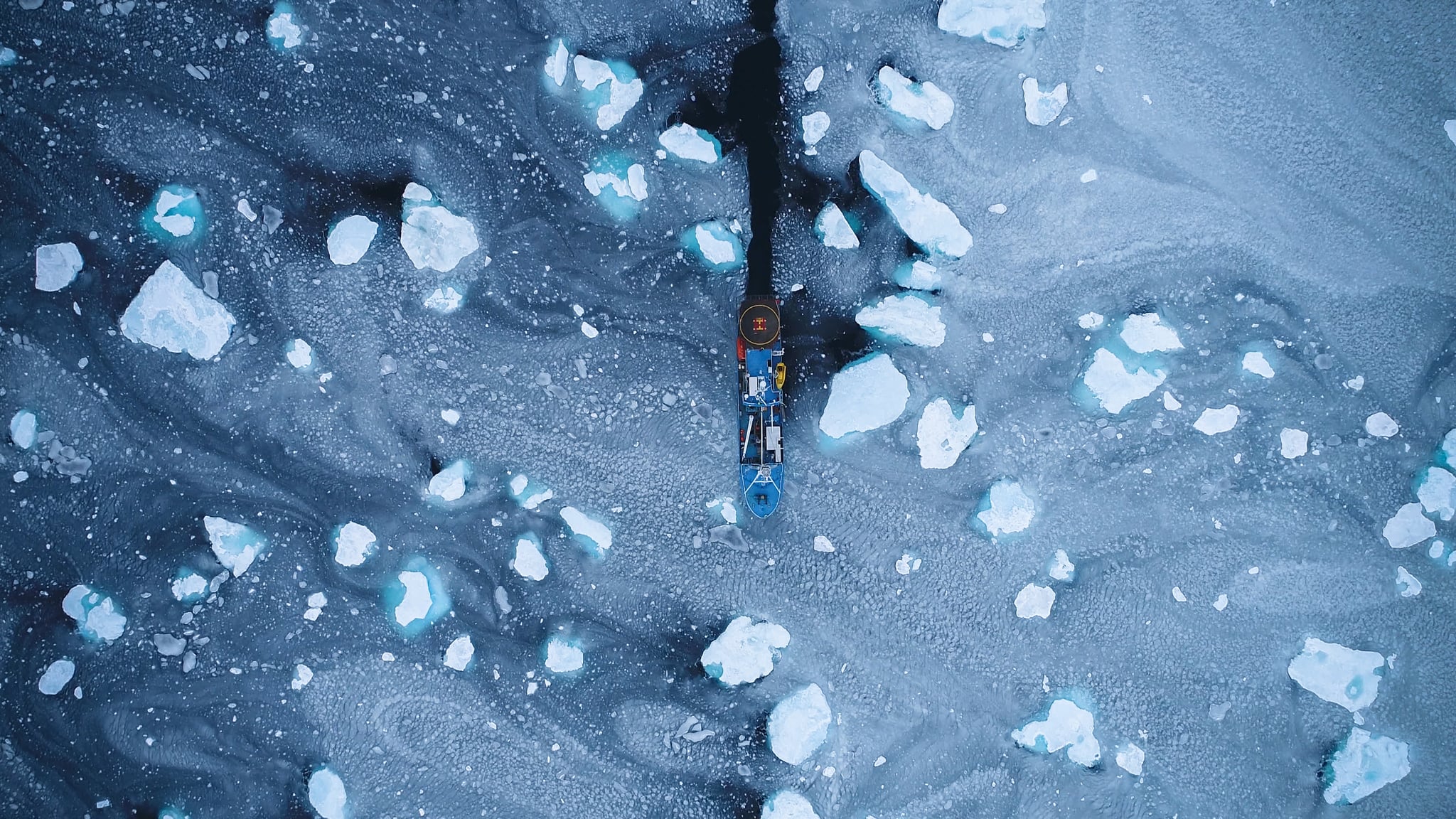 I went to the Arctic to see what was happening as a result of climate change, so in a very real sense I went there to see ice. To make that happen, we teamed up with an international crew of climate scientists on the research vessel Lance and set course to go as North as North goes.

One morning, after more than a week of sailing, we had our first sighting. It was freezing cold and a light, foggy mist had settled on the relatively still ocean. Then, off on the horizon, you could see them — chunks of ice, ranging in size from basketballs all the way to small icebergs. Eventually they reached us, and I was surprised to find out just how unique each one was. The shapes were complex, almost organic in a way. Each one had its own song as it moved through the water, whistling and cracking, waves throwing themselves against its sides and pooling on top before draining off to the sides. I found myself on the very front of the boat, Titanic style, struck silent by the breathtaking, alien sight.

The ice got thicker and the ship was rocked as we crashed into an endless series of frozen obstacles, nearly throwing those of us near the front of the ship off our feet. Thankfully, though, the chunks were heavy, our hull was thick and strong, and the ship survived the experience just fine. 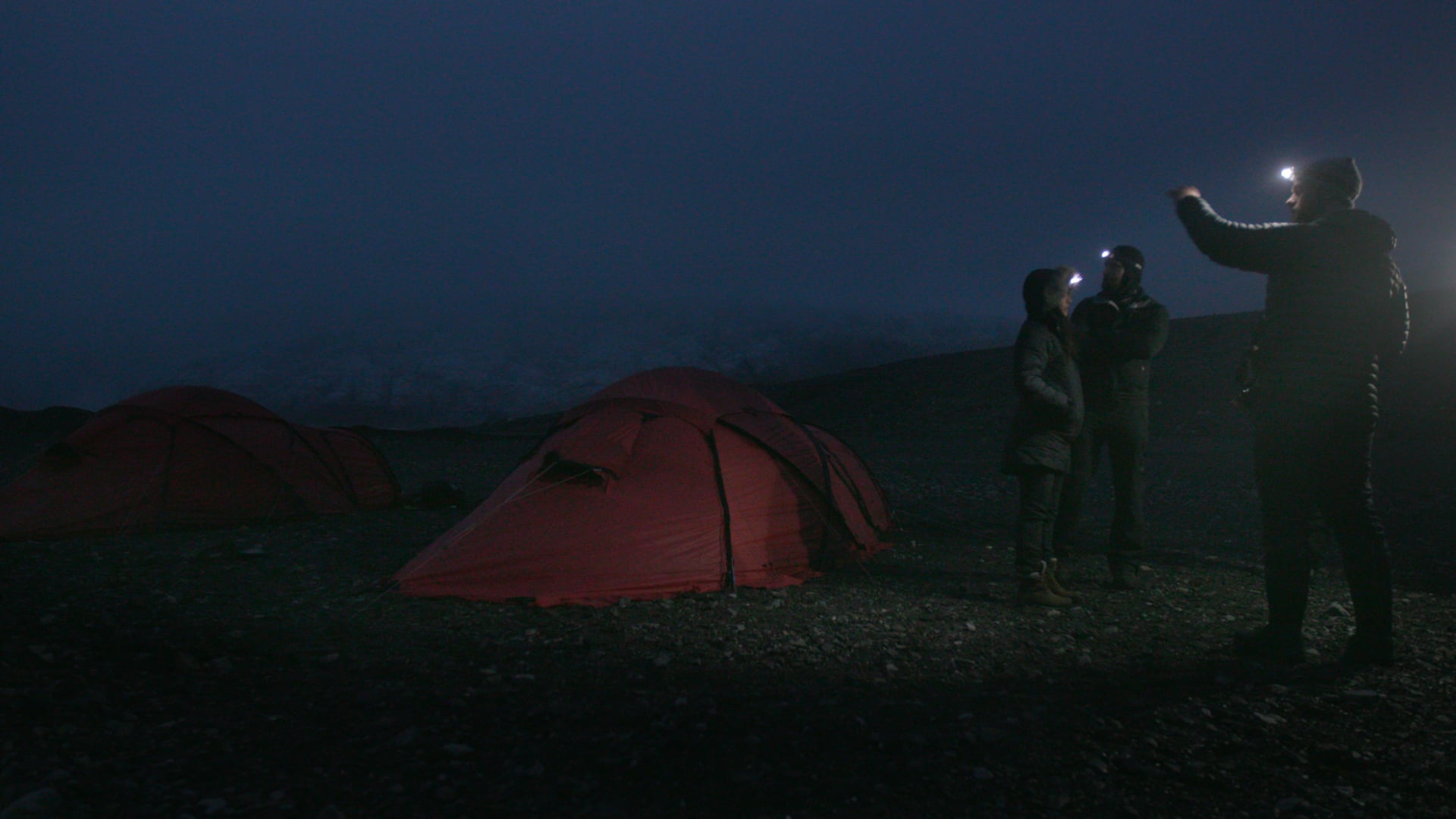 Traveling through the Arctic with a documentary crew is an amazing, once-in-a-lifetime experience that I wouldn’t trade for anything. At the same time, being apart from your loved ones, your friends, and your job for months at a time while off in desolate, isolated areas can take a real toll on you emotionally and psychologically.

There were periods on the ship where we were cut off from contact with the outside world for weeks at a time. While I appreciate the occasional opportunity to unplug, having no idea what’s happening around the world or in your friends’ and family’s lives can leave you feeling isolated and even depressed — so I experienced that multiple times. If you travel internationally, you should be prepared for that experience; but be assured that expanding your horizons is is well worth the risk. 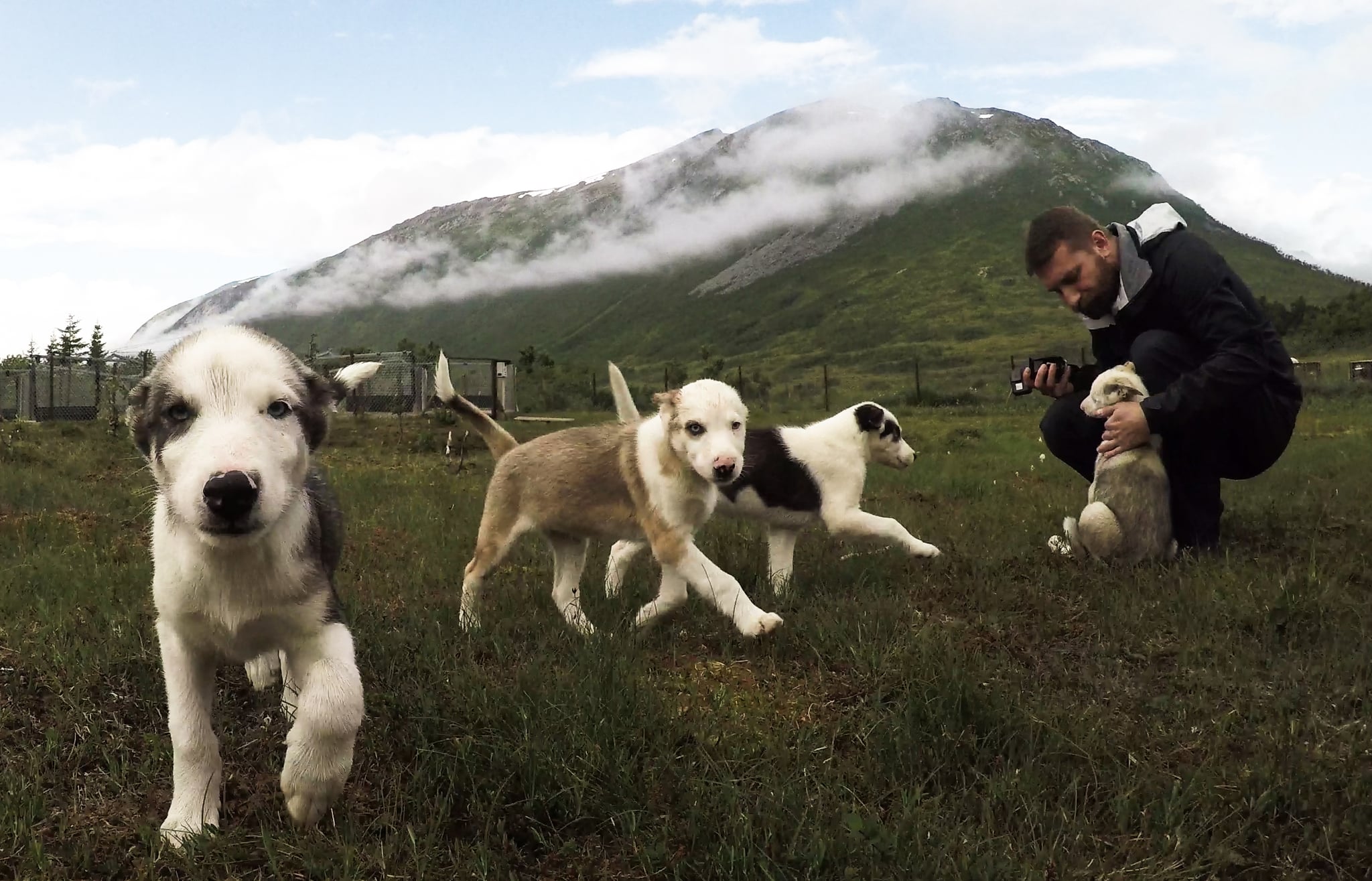 Like many, the greatest source of happiness in my life comes in the form of dogs. My own dog, Helo, is a source of constant emotional support and bonding, but I’m the sort of person that notices every dog that crosses my path. So, it shouldn’t come as any surprise that getting the chance to go dog sledding in the Arctic was a dream come true.

One episode of True North is focused on our trip to the Active Tromso dog-sled training site, where we met more than a hundred dedicated sled dogs. We fed them, played with the newborn pups, and took a group of ten out on their daily exercise — pulling a sledge through a Norwegian forest. The dogs were professional athletes, but they were also . . . dogs. As we fed them and filmed the pack, they were playful, expressive, and each had their own personality. Though they lived in a beautiful Norwegian valley overlooking a fjord and took tourists out on sleds every day, in their down time they were happy to just relax and play.

When the time came to harness them to the sled they were, without exception, thrilled to be able to cut loose and pull. To feel their raw strength unleashed was both intensely exhilarating and also incredibly inspirational — I wish I put that much effort into my trips to the gym! I’ll never forget the rush of cresting a hill, then racing down the other side, working hard to keep the dogs on course and helping them push through the muck whenever possible. 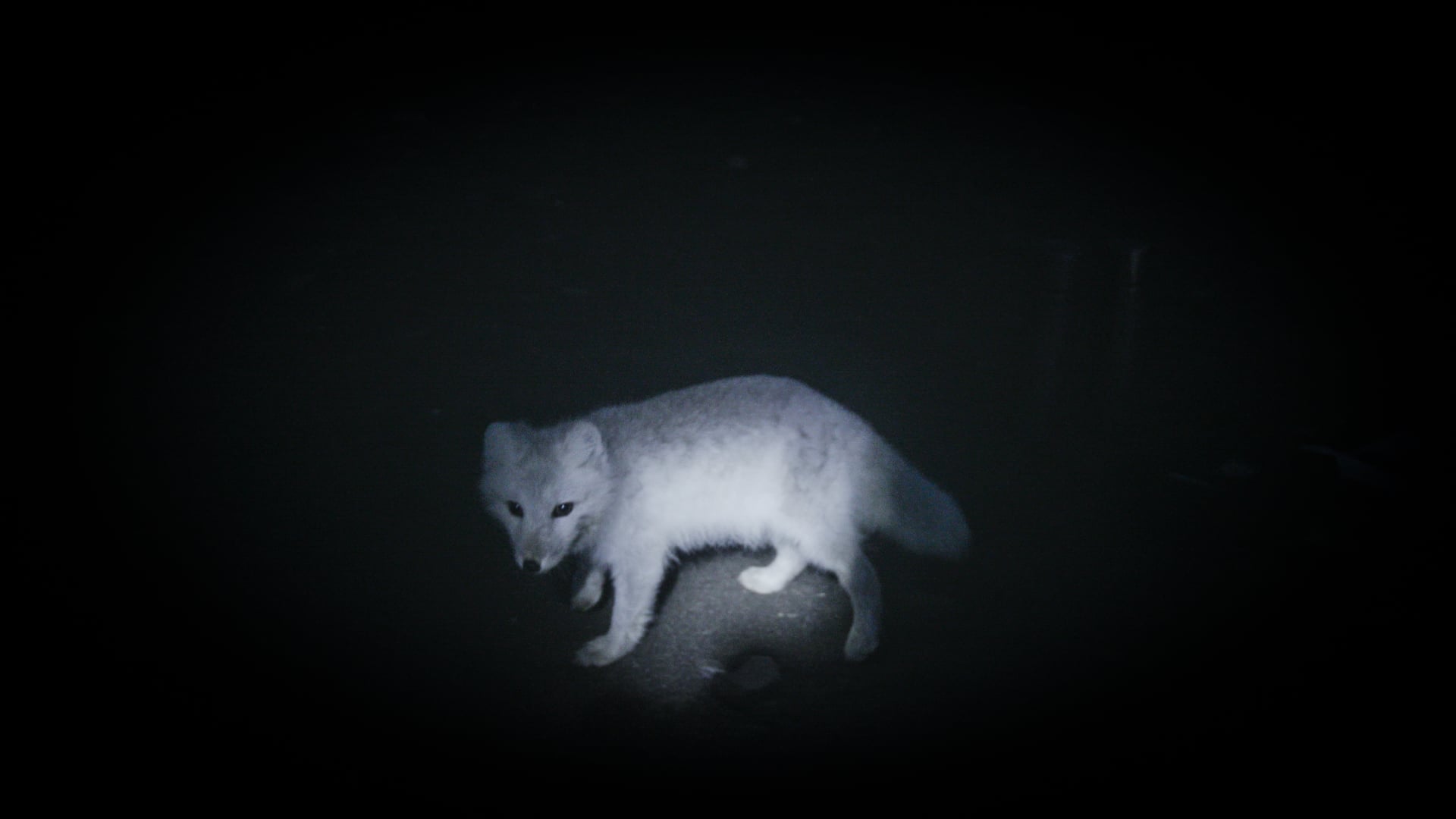 I’ve been lucky enough in my life to have rarely been in a position where I feared for my health or life. In the Arctic, that wasn’t the case. At multiple points I have to admit I really did wonder if we’d make it through. There was one night in particular that was the worst; we were camping on a remote, wind-blasted island shore near the gargantuan face of a looming Arctic glacier. Not fifteen feet from our camp was a trail of massive polar bear tracks. That’s when I discovered the nightmare that is polar bear guard duty.

Each night, you take turns staying up for a few hours alone watching for possible polar bear attacks. Picture this: it’s pitch black. There’s not a single star in the sky. The only sound is the persistent lap of the waves against the shore and the occasional roar as bits of the nearby glacier cleave off and crash into the water. It was cold, the ground was freezing. No matter how many layers you wore the heat leeched out of your feet.

You’re surrounded by polar bear shaped boulders that anything could hide behind. The shore is just yards away, but you know that polar bears swim almost as fast as they charge on land. You have only a tiny flashlight, a heart beating its way out of your chest, and nothing to defend yourself with. It was terrifying.

Halfway through the night, as I cast my tiny flashlight around — hoping not to see anything — I caught a flicker of light far up the beach, a little bit into the water. The light was glinting off of something. A moment later the glint separated into two tiny yellow spots, that turned together to face me and my camp. It was a pair of feral animal eyes. Slowly they began to move closer, weaving back and forth slightly as the waves moved the animal. I hesitated for a moment, my heart pounding, wondering if somehow I was hallucinating or just letting my imagination run wild. The eyes refused to disappear. I wasn’t imaging things, it was there. A moment later I rushed over to wake up another one of our campers who took out his rifle and crouched near me.

We froze there, waiting, as the animal approached the camp, until the light of our flashlight finally illuminated it fully . . . and it was an arctic fox. Pretty cute, actually, and not especially scary — but I’ll never forget the feeling of the light catching those two feral animal eyes. 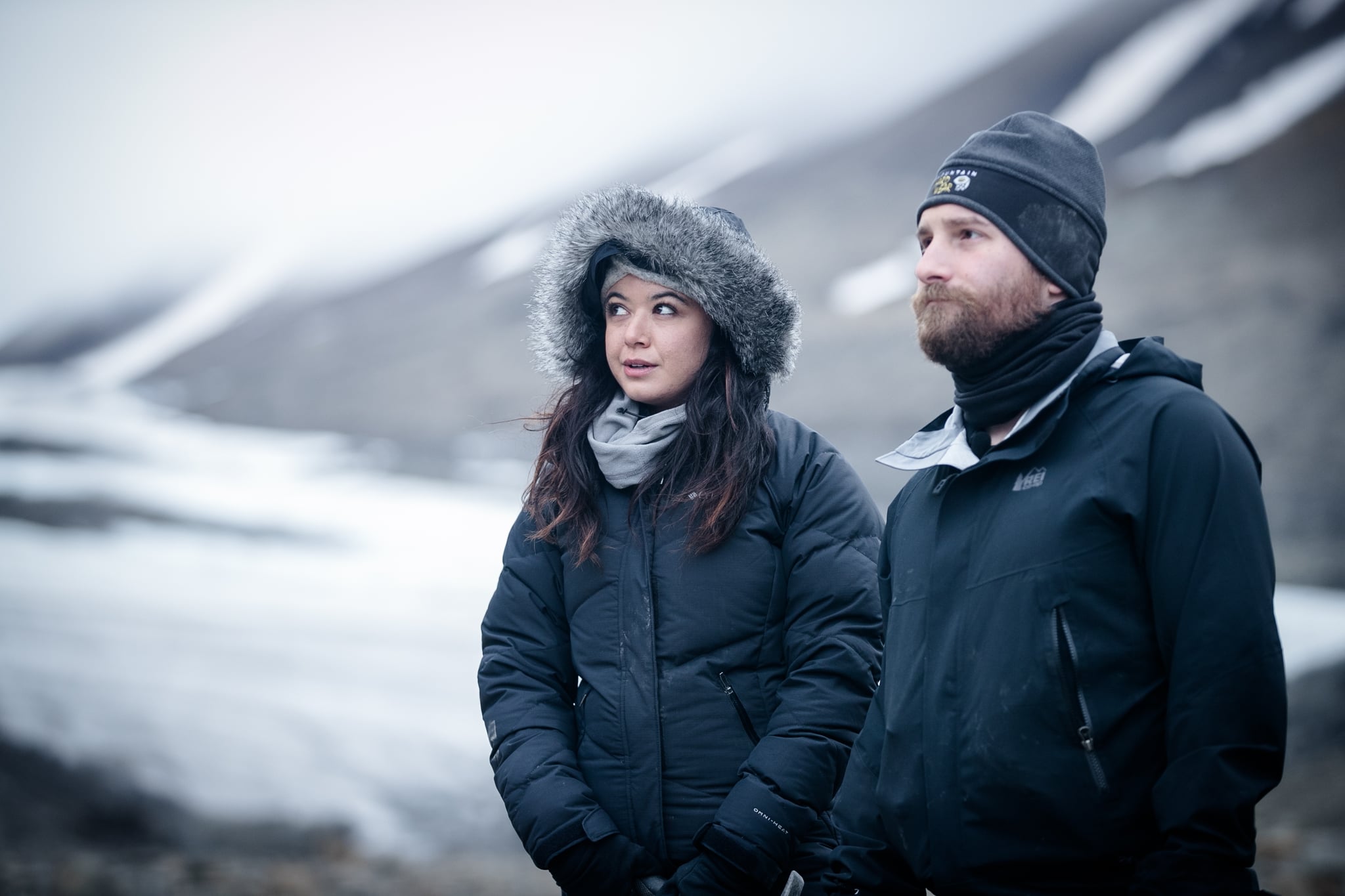 As my time in the Arctic wound down, I was very eager to get back to the States. I missed my girlfriend, my dog, my job, and my friends. At the same time, I was filled with a growing jealousy toward those who have, either through access to resources or the right life choices, found themselves in a position to have adventures like these whenever they desire.

My exploration of the arctic served as a reminder that this world we are so lucky to inhabit is filled with unique cultures, fascinating history, beautiful landscapes and attractions, and an endless number of incomparable experiences. I’ve been blessed to be able to have this experience, but I know that there are so many other places I will be unable to experience.

I think we all experience this from time to time, and with Instagram and Facebook, it’s easier and easier to be reminded that our friends are living lives filled with travel and fun. I try not to let this social media FOMO affect me very often, but I knew as I left the Arctic that I would be feeling it for some time.

John Iadarola is a host and producer for the online news and politics network The Young Turks. He is also the cohost of True North, a new docu-tainment series on Verizon’s go90 that explores the science of our changing climate.

Exclusive: A Coney Island Day Trip with Sutton Foster, Hilary Duff, and the Cast of Younger