The Liverpool building firm hired to lead Unite’s £50million Birmingham  development is now being probed as part of a police investigation into alleged bribery and corruption in Liverpool.

Unite hired the Flanagan Group to head the construction of its multi-million pound Birmingham complex with work beginning in 2015.

In December, Liverpool Mayor Joe Anderson was arrested as part of Operation Aloft too.

How the asset-rich union came to give the contract to the family-run business over others starts with a ducks’-feet salesman turned project manager, an investigation by The Times claimed.

Gerry White – who amassed enormous wealth from lobster trading and selling ducks’ feet to the Far East – set up Purple Apple Ltd in 2004.

The company became the property manager of the Transport and General Workers’ Union in 2005 before it merged with another union to become Unite two years later. 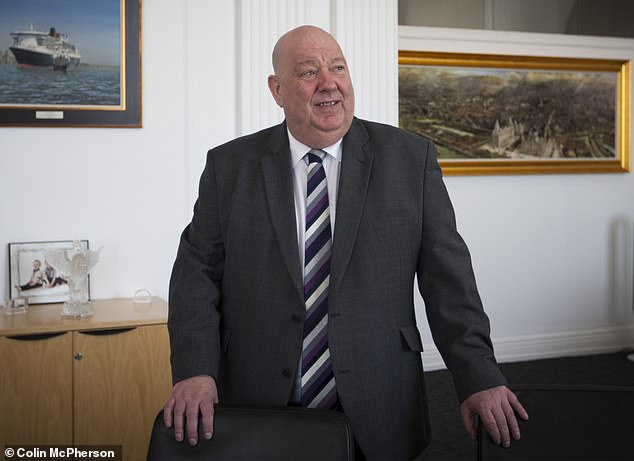 Last year, Liverpool Mayor Joe Anderson (pictured) was arrested as part of Operation Aloft – a 15-month investigation looking into agreements between property developers and the council 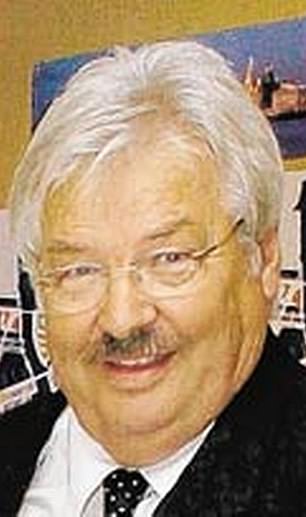 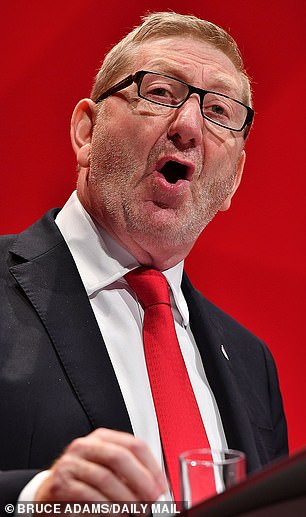 Gerry White (left) – who amassed enormous wealth from lobster trading and selling ducks’ feet to the Far East – set up Purple Apple Ltd in 2004. Len McCluskey (right) – a dock’s worker-turned unionist – took on the role of General Secretary of Unite in January 2011

The decision to appoint Purple Apple in the key role was not made by the TGWU’s then-leader Tony Woodley – who was according to The Times an ‘old acquaintance’ of Mr White – nor by any other member of its executive council alone, Unite claim. 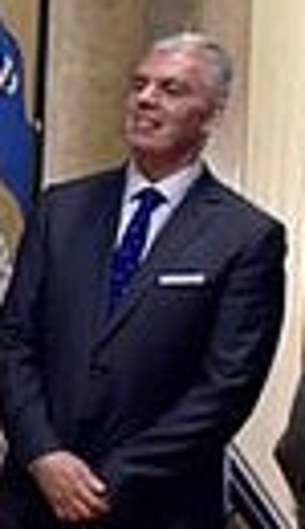 Unite brought in Purple Apple Management, as project manager, and the Flanagan Group – lead by Paul Flanagan (pictured) – as its contractor on the £50million Birmingham project

Purple Apple instead had to do a presentation to the executive council – along with several other companies.

In 2008, Purple Apple was described as property manager for Unite publicly.

The Times claims Mr Woodley had lived for some time in a London flat in a building subsequently purchased by Mr White’s company.

It was in that year that Mr White died – aged just 64 – therefore ended Purple Apple’s relationship with Unite.

Len McCluskey – a dock worker-turned unionist – took on the role of General Secretary of Unite in January 2011.

Unite announced plans for a new national training centre in Birmingham and in 2012, the cost of the project was expected to be around £7million and plans included a national conference centre, training and education facilities and a hotel.

But a deal fell through in November the following year – after a formal offer was made by the union.

Sources reportedly told The Times that Unite wanted to use Purple Apple Management  – which had an average of four employees per year since 2010 – as its project manager, instead of the council’s own developer.

Unite were reportedly warned that Purple Apple Management did not have the necessary resources for a project of this size.

But the union disputes this, instead claiming the first site fell through because Unite would have to share ownership of the building once it is completed, claiming it would have been ‘a bad investment for the union’. 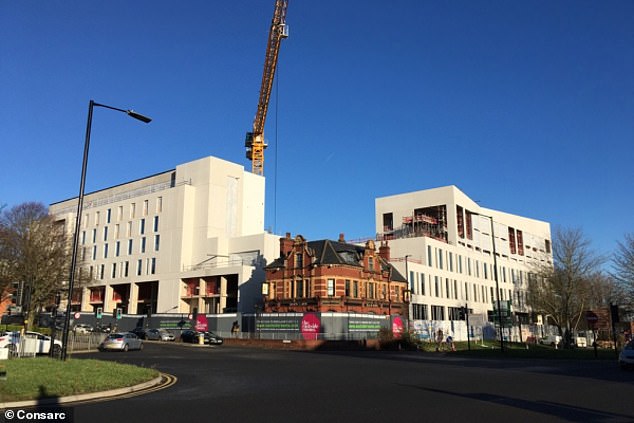 The Birmingham development’s estimated cost hit £35million by 2015 – and was reportedly £50million by December the following year. The project (pictured) was completed in 2020

A nearby alternative site was proposed and Unite brought in Purple Apple Management, as project manager, and the Flanagan Group – lead by Paul Flanagan – as its contractor.

The Flanagan group – which has also completed construction work for Unite in Swansea, Stoke and Liverpool after Mr McCluskey became general secretary – was appointed in the Birmingham project after a comprehensive tendering process, the union claims.

The company’s website contains a glowing testimonial attributed to Unite, in with the union apparently describes the Flanagan Group as ‘our go-to firm for the maintenance and modernisation of Unite premises across the UK’. 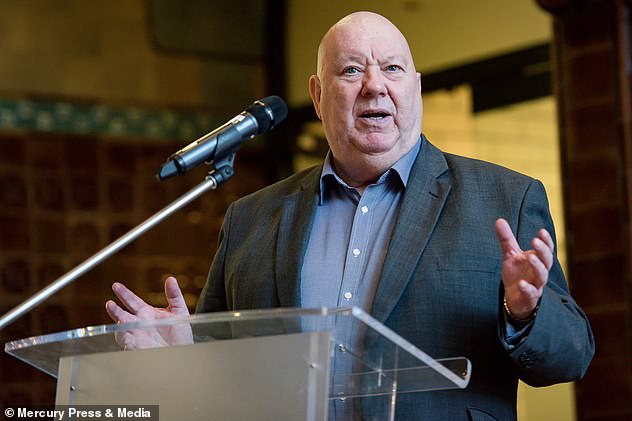 But Unite said it was false to suggest that ‘the Flanagan Group is somehow a preferred contractor’.

One of the other 40 sub-contractors on the Birmingham project was Safety Support Consultants – a Liverpool company headed by the son of the city’s mayor Joe Anderson.

David Anderson’s firm was brought in by Purple Apple to make sure the project complied with health and safety requirements.

The development’s estimated cost hit  £35million by 2015 – and was reportedly £50million by December the following year. It was completed in 2020.

Mr Flanagan was arrested in September 2019 on suspicion of conspiracy to commit bribery as part of Operation Aloft – Merseyside police investigation into alleged fraudulent building contracts.

He has since been released and the Flanagan group is one of the Liverpool firms being investigated – along with several others.

Operation Aloft is not connected to the Unite contracts.

Mr Anderson was sensationally arrested in December along with his son David.

He was suspended from the Labour Party, prompting immediate calls for him to resign as mayor.

Mr Anderson – who maintains his innocence – announced later that month that he will taking ‘unpaid leave’ from his position while the investigation into him continues. 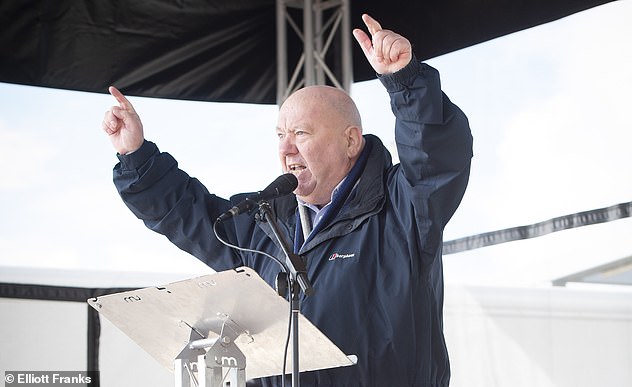 Derek Hatton – the former Trotskyist deputy leader of Liverpool City Council – was also arrested as part of the investigation and was held on suspicion of witness intimidation. All three have been released on bail.

Flanagan Group is one of several Liverpool construction companies being investigated under Operation Aloft.

No Unite contracts awarded to Flanagan Group – nor the one given to Safety Support Consultants by Purple Apple – is connected to the Operation Aloft investigation and there is no suggestion of any criminal wrongdoing in the union’s dealings with either company.

Dolly Parton: Cheaper products are just as good as expensive ones, sometimes better