Home » Lockdown's given us all multicolour hair to dye for

ALEXANDRA SHULMAN’S NOTEBOOK: Lockdown’s given us all multicolour hair to dye for 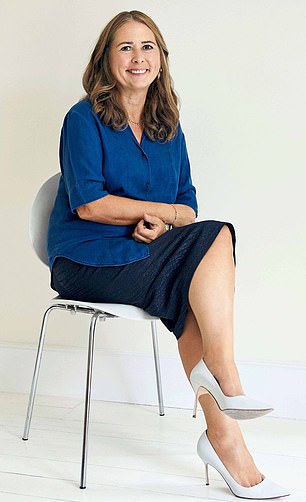 Finally, after all the pre-release noise, Emerald Fennell’s film Promising Young Woman is available in this country, writes ALEXANDRA SHULMAN

Finally, after all the pre-release noise, Emerald Fennell’s film Promising Young Woman is available in this country.

Nominated for Best Picture at tonight’s Oscars, it features Carey Mulligan (nominated for Best Actress) kitted out in cartoon porn-star style topped off by a wig in strands of bubblegum pink, turquoise, silver, green and white. She appears a hyper-realistic parody of womanhood, with the wig as the star turn in an outfit that includes her scarlet shoes and nurse’s uniform.

But it’s not only Mulligan’s character, the tormented Cassie, who’s been playing around with her hair.

During the past year, hair colour has gone wild. The crazed colouring of Mulligan’s barnet as the film reveals its final horrors looks far less unreal than it would have done pre-pandemic. You only have to walk down the street or join a supermarket queue to see something extreme has been happening.

And it’s not just your usual ash blonde highlights or chestnut balayage. Rainbows have been making an appearance on women of all ages. Blue rinse has gained an entirely new meaning. Even grey roots, once something obsessively hidden, are now being shown off in deliberate display.

It’s as if our heads have become beacons of the pandemic – glaring examples of how this dramatic period, while changing everything, has simultaneously been a repetitive Groundhog Day where our hair has been home-grown entertainment.

Like many women, I legged it to the colourist as soon as the salons reopened. I’d managed DIY pretty well but any remotely close examination would have revealed a serious badger effect around the areas I couldn’t quite reach. Since I’d had just had a major cut, including a new fringe, my colourist Melanie suggested that something a bit ‘richer’ would be good.

I’d like to say I too emerged with at least one acquamarine or ruby strand but, unlike the huge numbers who have gone wild, my excursion into colour only extended timidly to much darker tint, last seen naturally on my head circa 1976. 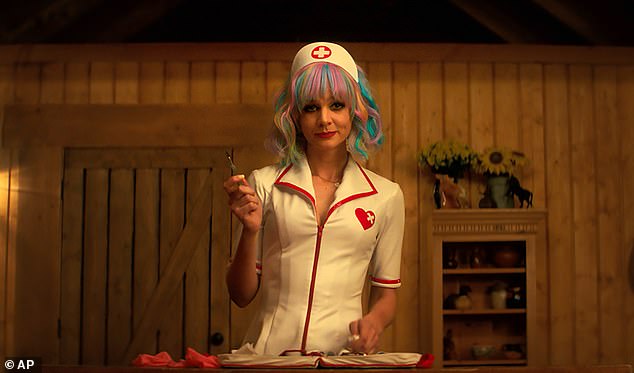 Boris pays price of being a text addict

Boris Johnson is learning to his cost the downside of his text habit. He’s not alone. The informality and immediacy of texting is a status symbol among big beasts in business, politics and pretty well every walk of high-profile life. Who you can ping a quick text over to is a measure of your power. Boris on speed dial? No problem. But you’d think he’d at least get a new number when he became PM.

Perhaps he would better served by taking a leaf out of Harold Macmillan’s book. When he was Conservative leader, he would answer the phone at his home, Birch Grove, and pretend to be the butler.

He would then leave unwanted callers hanging on as he wandered off in an imaginary search for himself, and never return.

Tony Blair, a more recent incumbent of the Prime Ministerial chair, had an alternative method of avoidance. When asked for his opinion about the tax-break Dyson texts last week, he answered that he hadn’t had a mobile while in office, which neatly sidestepped the issue.

Oh, how I wish the NHS could sell cars

It might take a matter of moments to get hold of the Prime Minister, but try contacting a North London Volkswagen dealership.

I’ve spent the past few months attempting to replace my four-year-old Golf. Like many people, we’ve considered going electric but when we discovered the costs, it immediately became clear this good intention would have to wait another couple of years. Hopefully by then a bog-standard hatchback may be affordable.

Meanwhile, trying to get anyone to answer a telephone or return calls, let alone reply to emails in my pursuit of spending substantial money with them, has been a largely hopeless task.

Contrast this with the exemplary NHS vaccine rollout. Millions of people contacted via text, slotted in, jabbed and logged out – absolutely brilliant.

You might assume a world that has been through the crisis of the past year would not be one where luxury fashion would flourish. But you would be wrong.

A recent report in The Business Of Fashion says that Prada has increased prices by 13 per cent, Louis Vuitton by ten per cent, and Chanel by between ten and 27 per cent.

There is an argument that Covid has increased the price of raw materials, but frankly that is not what we think about when we buy big-ticket pieces. Far more likely is that big-brand luxury can charge more because of the resale or ‘grey’ market they used to fear.

Call it what you will – pre-loved, second-hand, vintage – resale websites are growing in success and reach, and the splashier the name the more popular items are.

Clearly if you have the money to spend in the first place, splurging out on a wildly expensive designer bag doesn’t seem quite as insane when you know you can put it on sale for upwards of £5,000 a few months later, as you can with a quilted Chanel pouch. 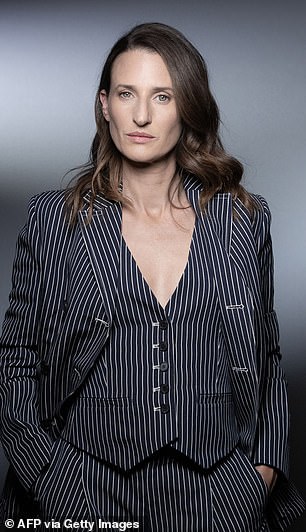 Camille Cottin, who plays the ruthlessly attractive and predatory lesbian agent, is a Parisian through every stitch of her understated black jacket, writes Alexandra Shulman

Call My Agent is the television series most people I know discovered during lockdown. Despite having just ended its fourth series, this Parisian comedy/drama about a talent agency only registered on most people’s radar in the past year.

Now, such is its success that a British version is slated.

Are they insane? The whole point of Call My Agent is that it’s French. The real-life cameos that are one of the show’s treats are by the kind of insouciant French movie stars like Catherine Deneuve and Isabelle Huppert who you could never imagine in a box set. That’s the joke.

Camille Cottin, who plays the ruthlessly attractive and predatory lesbian agent, is a Parisian through every stitch of her understated black jacket. The grizzled Lotharios who make occasional appearances reek of Gauloises and cognac.

Setting it in London, no matter how good the actors, is never going to work.

Pope Francis mobbed by adoring fans as 70,000 gather for festival