Labor members who claim they have been wrongly expelled from the party as part of a branch-stacking purge will be able to challenge their expulsion notices. 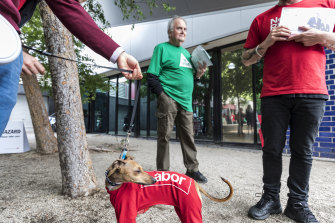 About 1700 members have had their memberships revoked as part of an audit, overseen by former premier Steve Bracks and former federal minister Jenny Macklin, which launched after the sacking of former minister Adem Somyurek due to his involvement in branch stacking.

Party members from across the factional divide have been infuriated as active members received letters informing them their memberships were revoked. More members are expected to be expelled in coming weeks as the final administrators' report, which recommends reform to internal party processes, is handed to Labor's national executive.

Auditor Deloitte sent suspect members – who demonstrated signs of illegitimacy including holding concessional membership – two emails to confirm whether they were real members. Those who did not respond to both received letters revoking their membership, probably until 2023. 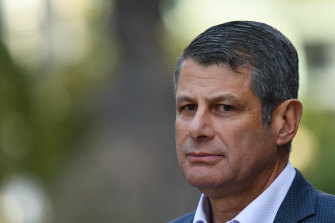 One party member who suffers from a debilitating illness was expelled despite completing 30 volunteer shifts for the party.

Mr Bracks, in a statement, said the review was a once-in-a-generation chance to reform the party and said the administrators would consider whether members had a genuine reason for failing to respond to emails. "We will take this into consideration," he said.

The father of a Labor state conference delegate emailed the party secretariat after his daughter received an expulsion letter. "She never received the email or letters that are mentioned," his email said.

"She has been active with campaigning at the last three federal election as well as the last two state elections and the recent council election … Please provide me with proof that letters and emails have been sent to my daughter.

The Age is not publishing the names of members who have been expelled in order to protect their privacy within the party. The number of expelled members who are active members with a realistic chance of regaining their membership via appeal is likely to be fewer than 100, according to several Labor sources familiar with the audit process.

Veteran Senator Kim Carr said it appeared bona fide members had been expelled "while branch stackers have been able to maintain their branch machinery".

"There is a need for the national executive to establish an appeal mechanism so that genuine rank and file members … can seek a review of their arbitrary exclusion," he said.

"There are far too many examples of dedicated outer-suburban party activists who have been unjustifiably purged while well-organised apparatchiks have ensured that stacked branches continue with a near-full complement."

Premier Daniel Andrews, speaking about the administrators' final recommendations reported by The Age on Wednesday, said legitimate members would welcome the audit's findings.

"[They] have nothing to fear and they have everything to gain from changing the culture of our party and making sure our processes are to the highest of standards," he said.

"We need to be a political party that is focused on fights that matter – not fights internally, but fight against poverty, fight against inequality, the fight against injustice across our state … creating jobs, creating prosperity, giving people the life opportunities they are entitled to do. That's the fight that matters, and we've got some work to do to change our culture."

Mr Andrews said Labor's Victorian branch had "significant" problems, but he was confident the review would be a catalyst for meaningful reform. He said he supported the report's recommendations, which include photo ID checks for new members, fewer local branches and branch caps on additional members.

Senior government minister Martin Pakula conceded the party's governance and oversight of membership had been an issue for some time but said he had faith the report would bring "very meaningful" reform.

"I think it would be unfortunate if legitimate members were denied their membership rights," Mr Pakula said.

"I'd be quite confident with Steve and Jenny – two of the most experienced party operatives and party elders – would be very mindful of ensuring that there’s a process whereby any problems of that nature can be cured."

Child, 8, mom and uncle found dead in pool ‘might have been electrocuted,’ neighbors say – The Sun