One of London’s oldest parks is today welcoming a herd of rare cows which haven’t been at the site for over 150 years.

The new herd of longhorn cattle was let out to graze on Wanstead Park, east London, this morning to help maintain rare acid grasslands.

The habitat, which is now threatened and exists only in scattered patches around the capital, supports a wide range of rare and beautiful plants and animals including insects and spiders. 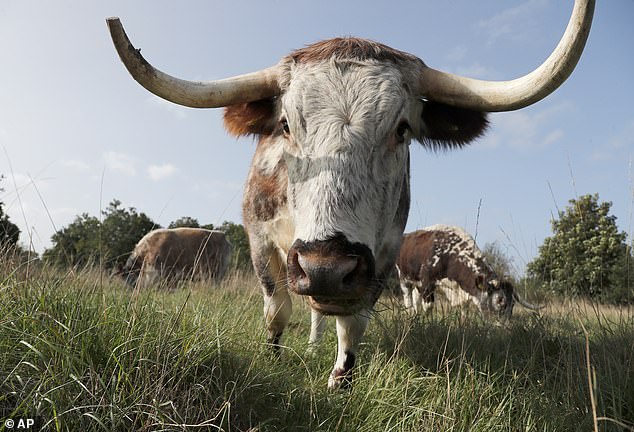 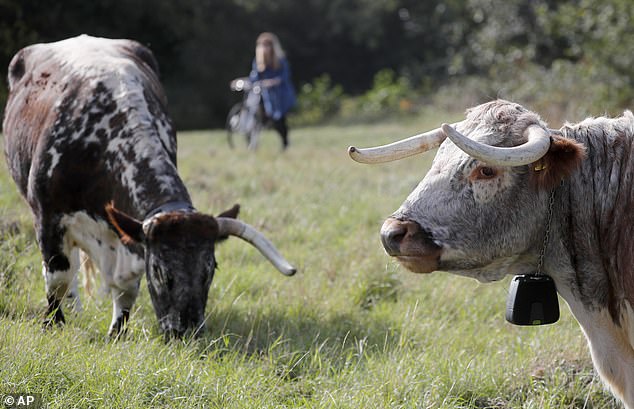 It is also home to a variety of butterflies including small heath, small copper, and common blue.

These species like the hot ground conditions in the summer and autumn and rely on plant life and seasonal cycles unique to acid grassland.

The park lies on the fringes of Epping Forest, where the cattle have been grazing for the last 1,000 years.

This morning’s reintroduction of cattle marks the start of The City of London Corporation’s two-month trial across September and October to help conserve the species that live on the grade-II listed park. 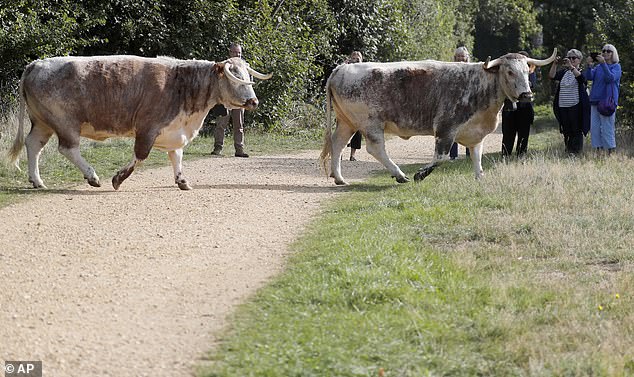 To avoid having to use unattractive electric fences, the cattle will be stopped from wandering too far by using an invisible fencing collar system

Graeme Doshi-Smith, chairman of the City of London Corporation’s Epping Forest and Commons Committee, said: ‘Our grazing pilot is helping us identify better ways to protect Wanstead Park’s historic views at the same time as conserving a wide range of species and supporting an even better ecological balance at the site.

‘Grazing is used as a natural way to manage grasslands and meadows across Epping Forest.

‘As part of the programme we have prevented encroachment by scrub and more vigorous grasses in favour or rarer plants and herbs, benefitting a whole range of insects and birds. 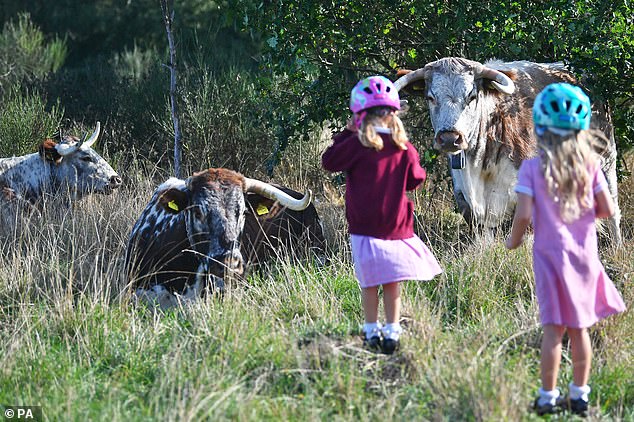 ‘It is exciting to be grazing heritage cattle here in this East London park, right on the edge of our capital city.’

The habitat is under threat from advancing scrubland and could be lost if it isn’t properly managed.

To avoid having to use unattractive electric fences, the cattle will be stopped from wandering too far by a GPS collar system that creates an audio signals when the animals cross an invisible boundary.

While conservationists hope that visitors will enjoy sharing the park with the cows, they ask that people avoid feeding or approaching them.

The history of grazing cattle in Epping Forest 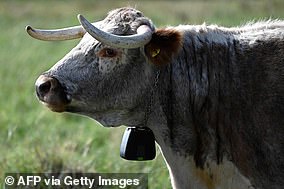 For more than a thousand years people have exercised their right to graze cattle on Epping Forest, as part of the commoners right to do so.

The ancient tradition in Epping Forest took place continuously until the outbreak of BSE (mad cow disease) in the mid 1990s, and no more cattle were released after 1996.

A herd of English Longhorn cattle were re-introduced to graze in an area of Epping Forest at Fairmead and Chingford in 2002 and since then Red poll cattle have also been introduced.

The importance of their historical link to the forest – dating back thousands of years – was realised, as well as the value of their grazing habits.

Grazing allows more flowers to flourish than mowing and there was a reported loss of some insect species and a decline in others, including butterflies.

Epping Forest was the first open space in the world to use invisible fencing – the buried wire that sends a warning signal to the collars the cattle are wearing – since its introduction in 2011.

However, those who have lived near the forest for many years will remember the days before the invisible fencing when cattle would take themselves for a walk around the nearby towns and villages.

It was a common sight to see cows wandering up the road and munching on flowers in peoples front gardens.

Songs for Screens: Serpentwithfeet Updates ‘You Don’t Own Me’ For LGBTQ+ Orbitz Travel Campaign

Bald men may be hit harder by coronavirus, scientists fear